Note: This review was first published on 29th April 2021. 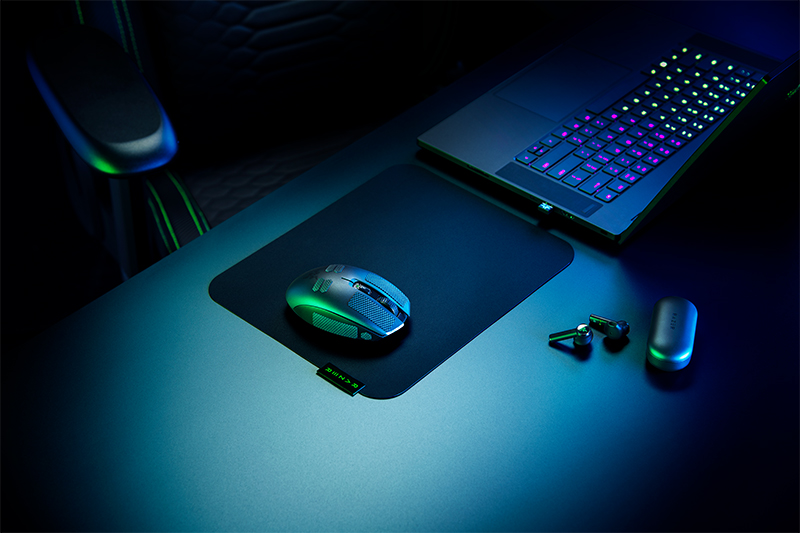 One of the smallest mice you'll lay hands on

Been waiting for the Razer Viper Mini Wireless? Razer has decided to give us the Razer Orochi V2 instead, a tiny, ultralight rodent with lag-free HyperSpeed Wireless technology. At once a travel mouse and one designed for gamers with small hands, the Orochi V2 is a versatile tool with an exceedingly thoughtful design. It's clear that Razer has paid attention to the details here, and it's paying off handsomely.

The Orochi V2 reminds me a lot of the Logitech G305, with a similar compact, oval shape, especially when viewed from the top down. At just 108mm long, this is one of the smallest gaming mice you can buy today. It's not going to be everyone's cup of tea as their main mouse, but it'll function wonderfully as a travel mouse for gaming away from home. Having said that, if you're like me and generally find most gaming mice too big to fingertip grip comfortably, the Orochi V2 is a promising option. 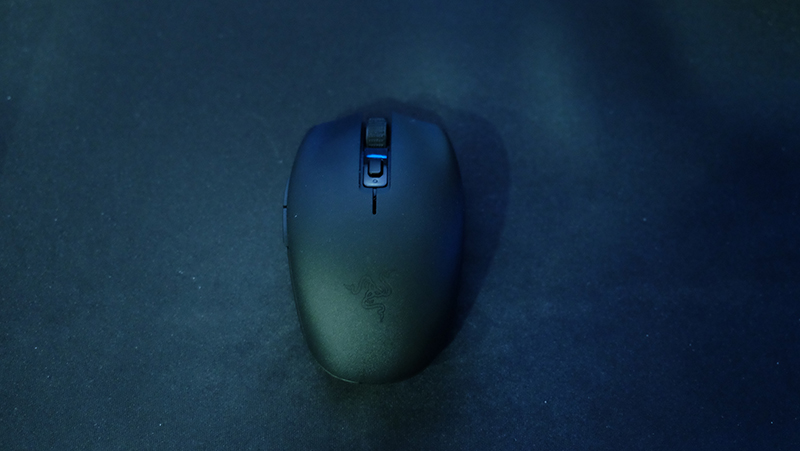 It weighs around 65g with a single AAA lithium battery installed, putting it firmly in ultralight territory despite having no honeycomb shell. I was pleasantly surprised to find that Razer had included a AAA lithium battery with the mouse. These are lighter than regular alkaline batteries, and it's not every day that a manufacturer bothers with small details like that. I'm used to buying my own lithium batteries from my time using the Logitech G305, and it's nice that I didn't have to this time.

The Orochi V2 has a symmetrical shape that caters to most grip styles, but it features ergonomically shaped grips with a contoured groove on the left for your thumb. The right side has a more rounded shape for better support for your ring finger and pinky. The side buttons are located just where your thumb would be, allowing for easy access without any awkward contortions. The mouse tapers toward the rear, in order to provide a snug fit against the back of your palm when you claw grip it. However, the narrow back also means that I'm not quite able to fingertip grip it as comfortably because there's not as much support towards the back. 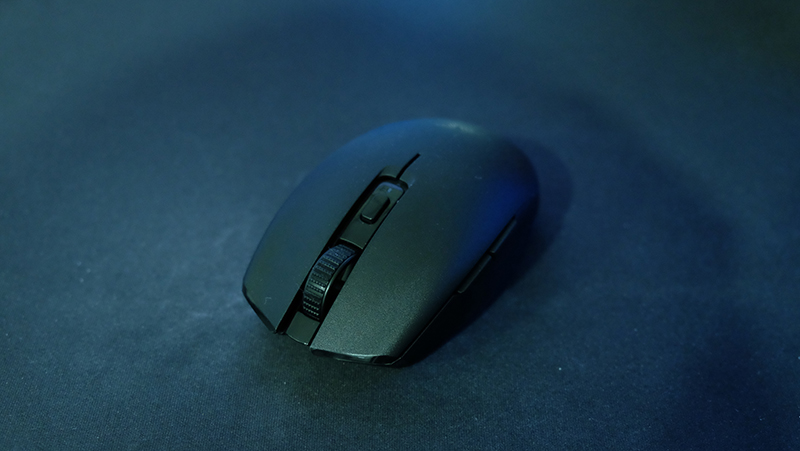 Razer has also lowered the button height of the left and right mouse buttons and for a more precise grip. The company explained it to me using an interesting analogy. Think of the way you hold a pen – a thinner pen provides a more precise grip, while a thicker one is clunkier. The same applies to the way you hold your mouse, and if you imagine the converse scenario where mouse buttons were higher than usual, it's not difficult to see why such a design would not be very good for your aim.

In a similar vein, Razer has also gone with a more forward sensor placement instead of a centred one, which also helps facilitate more precise movement. If the sensor is centred and consequently located closer to your wrist, it'll end up moving less than if it were located further forward. I can't say that this makes a tangible difference in game, but it's still nice to understand the rationale behind certain design decisions, and it only goes to show that Razer has put a lot of thought into the Orochi V2. 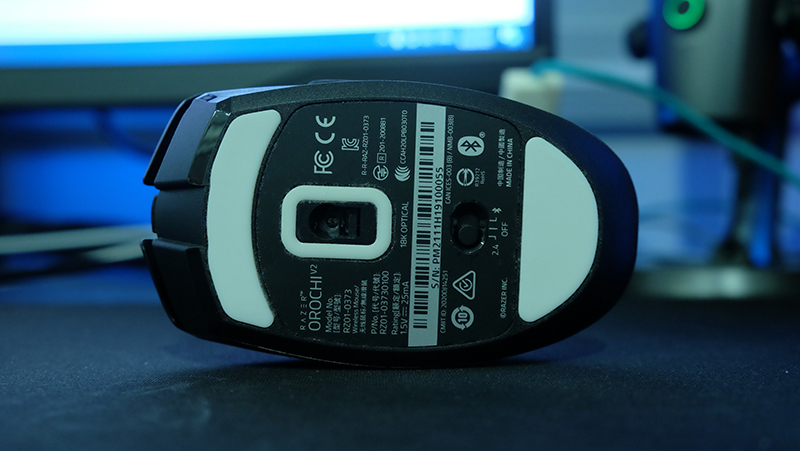 The Orochi V2 also supports dual wireless modes, with both Bluetooth and a 2.4GHz dongle that you can neatly stow in a compartment under the mouse's top shell. The HyperSpeed wireless tech worked flawlessly, and I didn't experience any lagging or skipping in my time with it. Battery life is one of the strengths of the mouse, and Razer is claiming up to 950 hours of use on Bluetooth and up to 425 hours over a 2.4GHz connection. That's way longer than your usual rechargeable mice, and popping in a new battery is way quicker than having to plug a mouse in to charge. There are no RGB LEDs on the mouse at all, to further help conserve battery.

The sensor is an 18,000 DPI 5G optical sensor with a maximum IPS of 450, capable of tracking at up to a maximum acceleration of 40G. Tracking is flawless as expected, just like almost any other modern gaming mouse today.

Another interesting design feature is the so-called hybrid battery slot. It's positioned diagonally across the mouse for more even weight distribution and is designed to take either a single AA or AAA battery (you won't be able to occupy both slots at once). This is really ingenious, and the support for different battery sizes allowing you to adjust the mouse's weight without the need for dedicated weights. The larger AA lithium battery brings the weight up to roughly 72g, while the smaller AAA lithium battery drops it down to around 65g. In other words, it's a trade-off between weight and battery life. 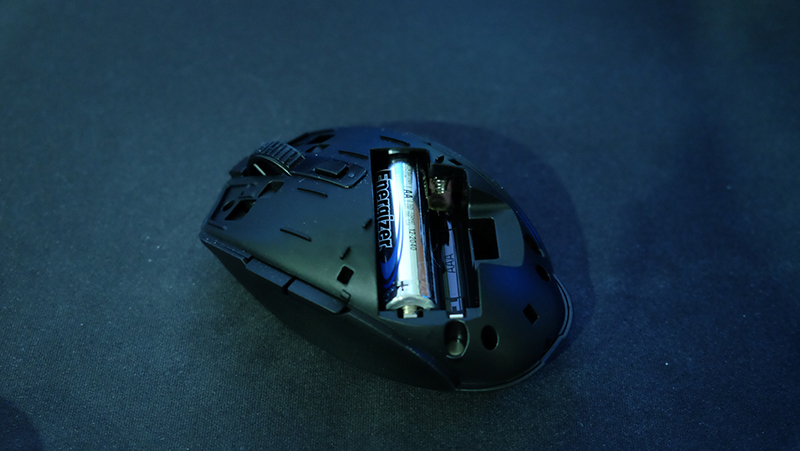 Overall build quality is robust, with pleasantly textured plastic for added grip. There's no flex when pushing on the sides of the mouse, and the top shell lifts off easily when you need to store the dongle or swap out the battery. When you need to replace it, it snaps back into place securely with the help of magnets.

The buttons themselves are crisp and responsive too. There is minimal post-travel on the primary buttons, which feel pleasantly tactile despite the removable nature of the top shell and buttons. The side buttons exhibit more post-travel, but you don't really notice it unless you're really looking for it. The scroll wheel has well-defined notches, which works well for things like switching between weapons in game.

The mouse is equipped with 100% PTFE feet, and the glide is smooth and unfettered right out of the box with none of the scratchiness you get from some feet. 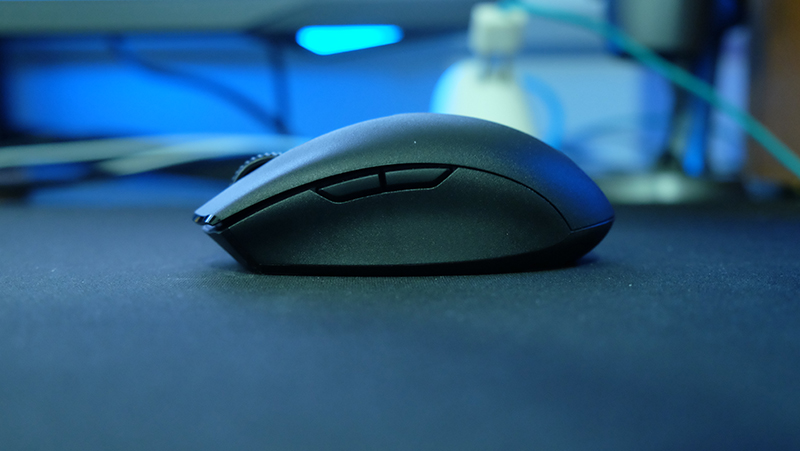 In Synapse 3, you can select a lift-off distance of either 1mm or 2mm. There's also the option to customise up to five DPI stages. There is a single onboard memory profile, so you can take your settings on the road with you. One thing that's missing is a battery percentage indicator in the software itself. At the moment, you're limited to just a tiny battery icon at the right, making it a little hard to gauge the exact battery level. There is a low battery indicator on the mouse itself however, and it'll blink red when the battery level drops below 5%. 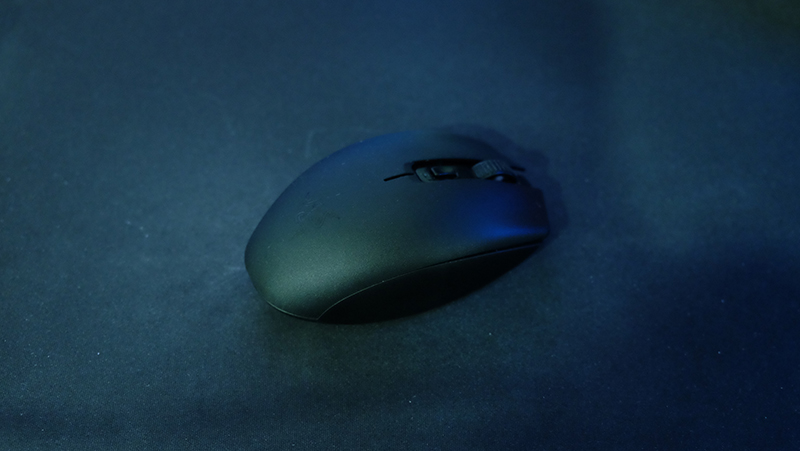 At S$104.90, the Orochi V2 is pretty reasonably priced for what it offers. It delivers flawless wireless performance and excellent battery life, all in a lightweight package without any holes. It handles nimbly and is a great fit for those with smaller hands, especially if you're a claw or palm gripper. And with its compact size and convenient storage for the wireless dongle in the mouse itself, you can easily stow it in your bag and take it out with you.

Above all, I appreciate the amount of thought that went into the mouse, with the inclusion of a lithium battery, lower button height, and the support for both AAA and AA batteries. And if you want to personalise your mouse, the Orochi V2 can be customised via Razer Customs. It'll let you choose from over 100 different designs or even create your own from preset patterns and graphics. All in all, it's a capable, versatile mouse that I would recommend to anyone who prefers smaller mice.

Have we piqued your interest? You can get the Orochi V2 from Razer's own e-store now. Alternatively, Razer has an official store on Shopee too.

Write a Review
Compare This | Specifications
Lightweight design without honeycomb shell
Convenient dongle storage in mouse body
Flawless HyperSpeed wireless performance
Support for both Bluetooth and 2.4GHz wireless
Thoughtful design with lower button height and forward sensor placement
Small size is not for everyone; tapering shape means less support toward the rear
No battery percentage indicator in Synapse 3
Our articles may contain affiliate links. If you buy through these links, we may earn a small commission.
Sponsored Links