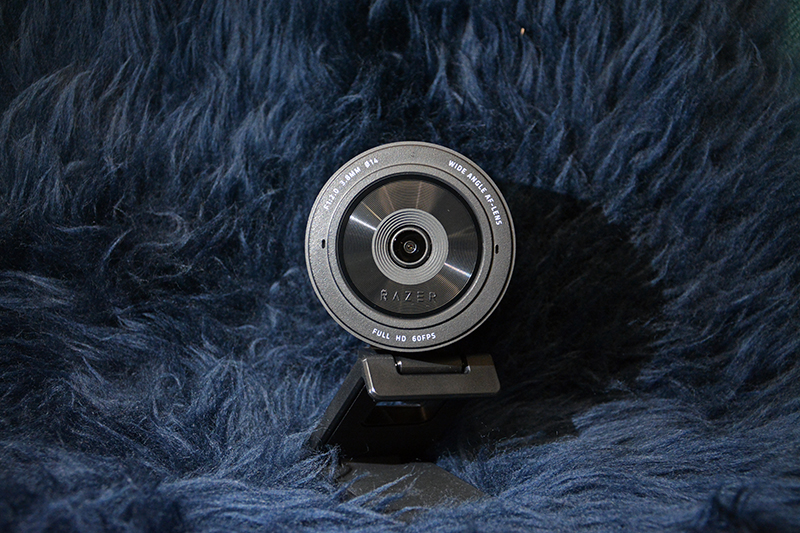 The rise of the premium webcam

As we move towards a world of remote and hybrid work, the trusty webcam has emerged as one of the most essential PC accessories of 2021.

Before the pandemic, I never really thought much about webcams. Virtually all laptops and tablets came built-in with one, which was sufficient for the occasional Skype call with far-flung friends and family.

And pretty much no one turned on their webcams for work-related conference calls.

But now that we’ve been working from home for more than a year, it has become second nature to turn on our webcams for any sort of online engagement.

Built-in webcams started to show their limitations, and many turned to external webcams to boost the quality of their presence in online meetings and events.

Obvious brands like Logitech come to mind. But few may know that Razer has always had one of the more unique webcams on the market: the Kiyo. With its built-in tiny ring light, the Kiyo was arguably ahead of the curve in anticipating what streamers would want in a webcam.

So when the Kiyo Pro launched without one this year, I was extremely disappointed. However, Razer told me back then that it was because they were so confident in the camera’s low-light sensor that they decided a ring light wasn’t necessary.

Does the argument hold up? And how does the webcam perform in general? Read on to find out.

The Kiyo Pro has an undeniably unique and distinctive design, unlike any other webcam on the market.

It's also built like a tank. Sporting the look and feel of a DSLR lens, the camera offers a decent amount of heft that feels good in the hand. It’s significantly larger than most webcams on the market, but isn’t too heavy to be perched on top of your monitor.

Unlike a DSLR lens, however, it has no moving parts. While its predecessor had a dial around its edges to control the brightness of its ring light, the Kiyo Pro’s controls and customisation are all digital and housed within Razer’s Synapse software. 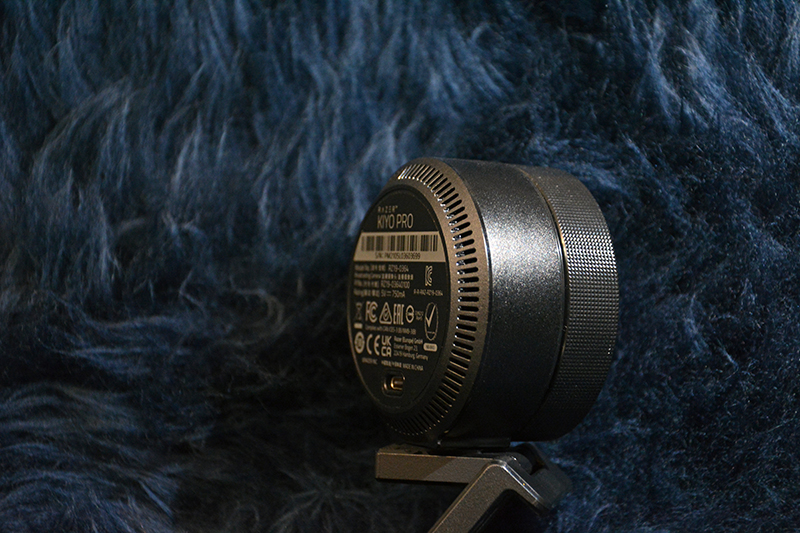 The front of the camera is also protected by Corning Gorilla Glass 3, which might be a bit of an overkill for a stationary peripheral. But it’s good to know that if I ever knock the camera down from its perch, it’ll stand a good chance of surviving without scratches.

Under the hood is a 1/2.8-inch CMOS sensor with STARVIS technology, which is Sony’s back-illuminated pixel technology used mainly in security camera applications.

Razer says this helps the Kiyo Pro perform so well in low-light conditions that you won’t need a ring light. It also helps the camera serves up HDR picture quality at 30fps, as well as up to 60fps of uncompressed video.

Two little holes to the side of the lens house microphones. These work well in a pinch, and I didn’t run into any problems with them. But I’d always recommend a headset with a dedicated mic for the best voice quality. 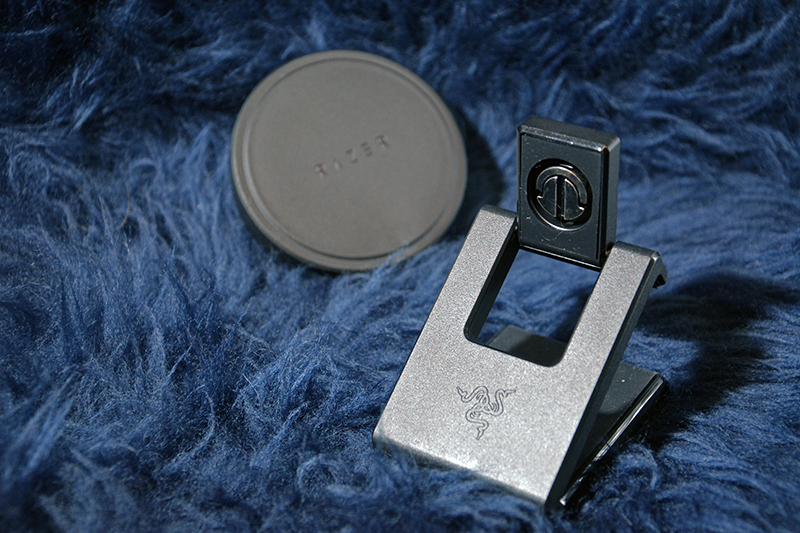 Included in the box is a thick USB-A to USB-C cable, as well as a little mount that lets you perch the webcam on top of your display. If you prefer to use your own tripods, the Kiyo Pro also has the standard-sized screws that let you do so.

Like any camera enthusiast can tell you, great hardware is just one side of the story. You still need good software to take advantage of the hardware.

Things looked great in Razer’s own Synapse software. I could adjust the field of view, turn HDR on or off, and make adjustments to a long list of options, including brightness, contrast, saturation, and white balance. 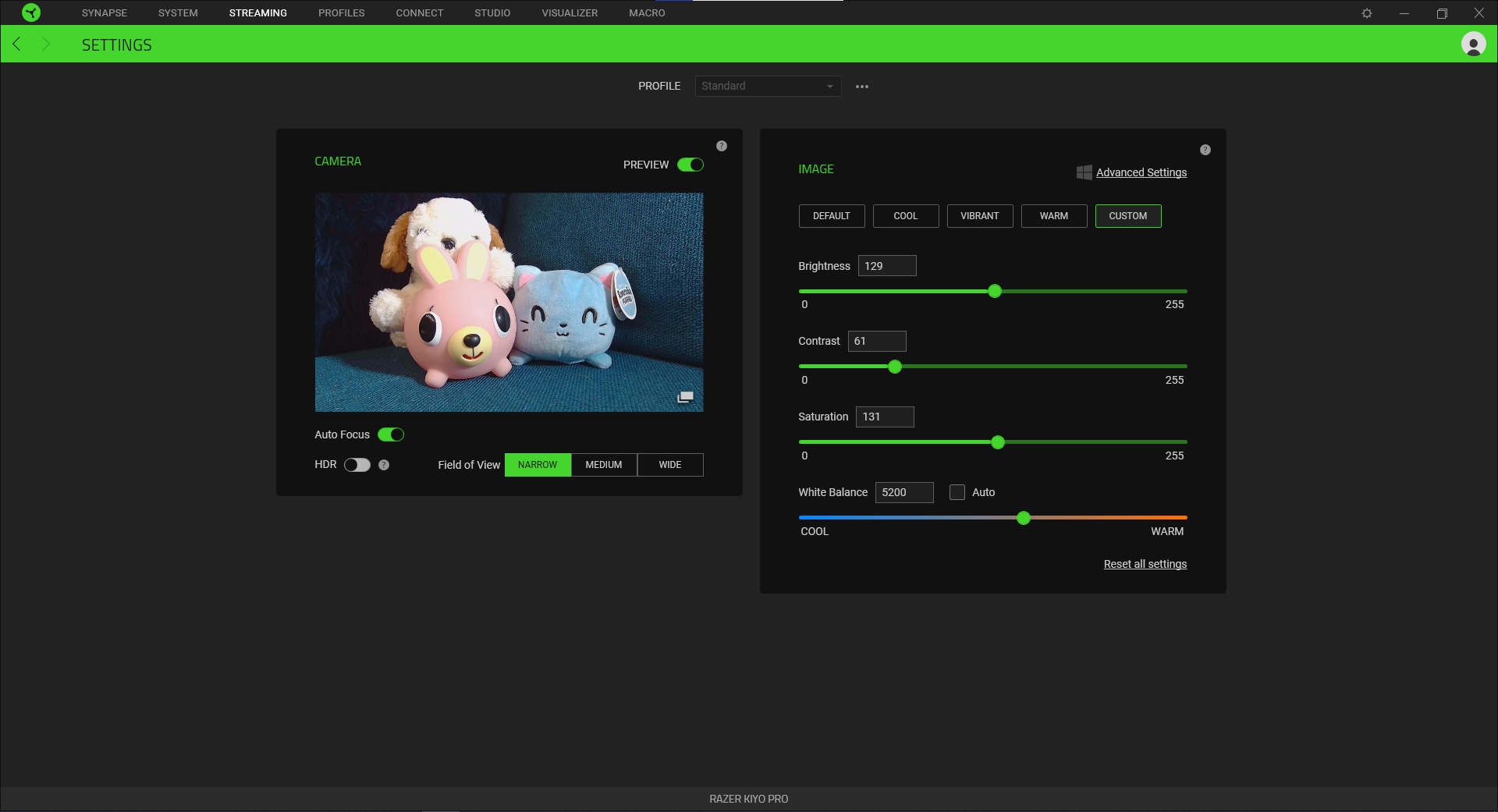 Once you’re done tweaking the settings and are happy with the way your face looks, they stay in the camera and are applied universally across any app. Here are some sample image grabs from adjusting the field of view and checking out how HDR helps:- 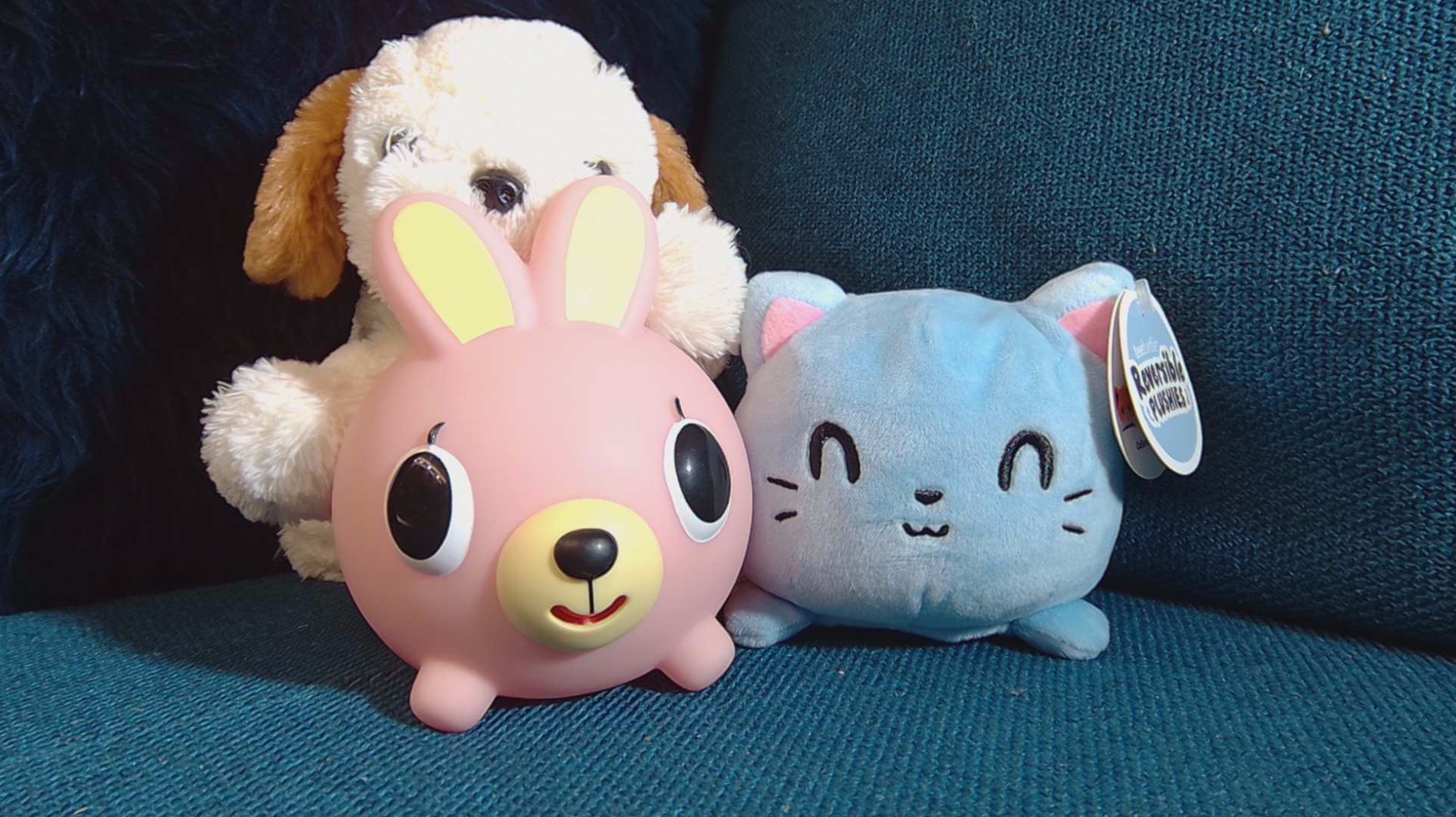 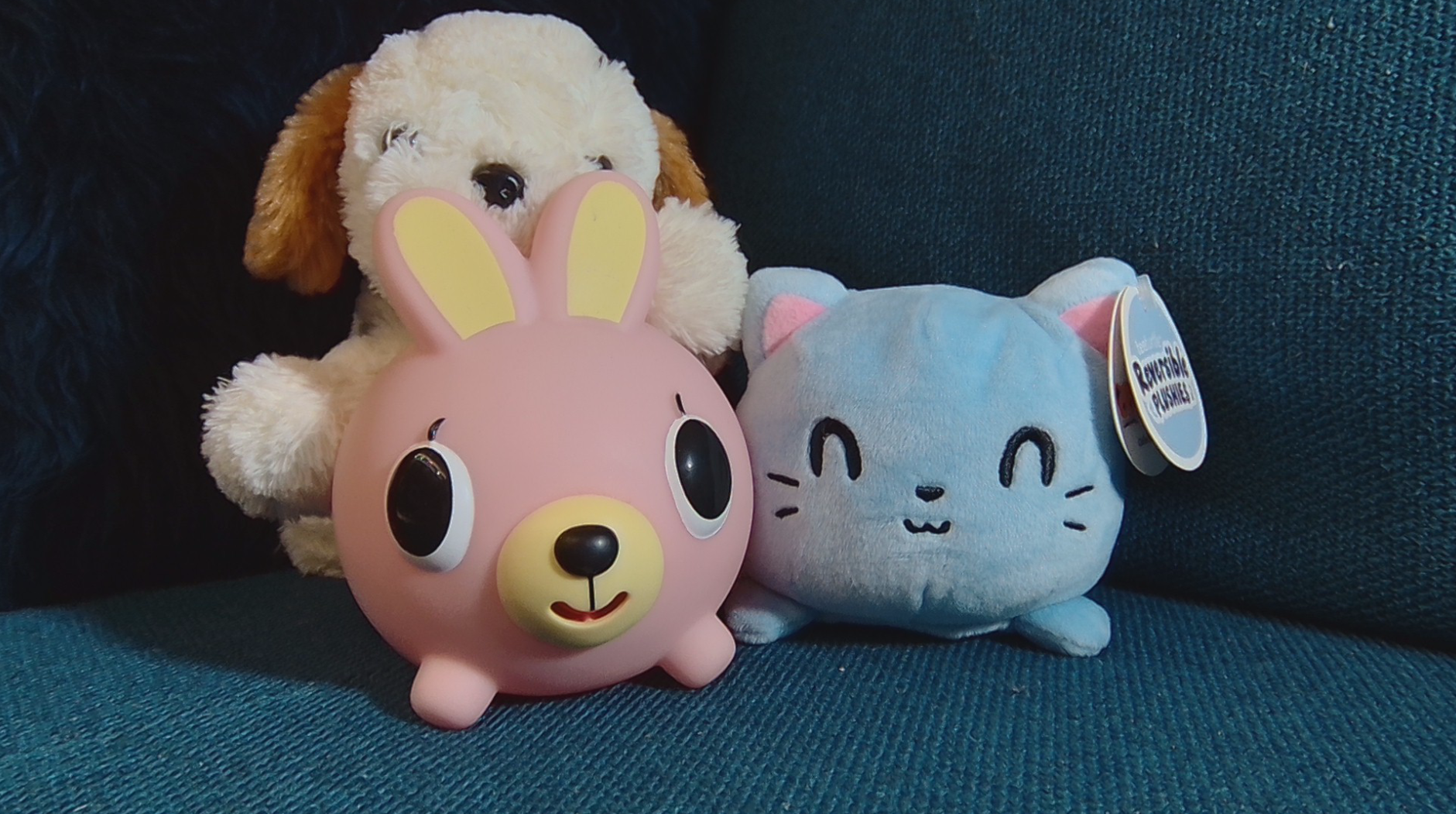 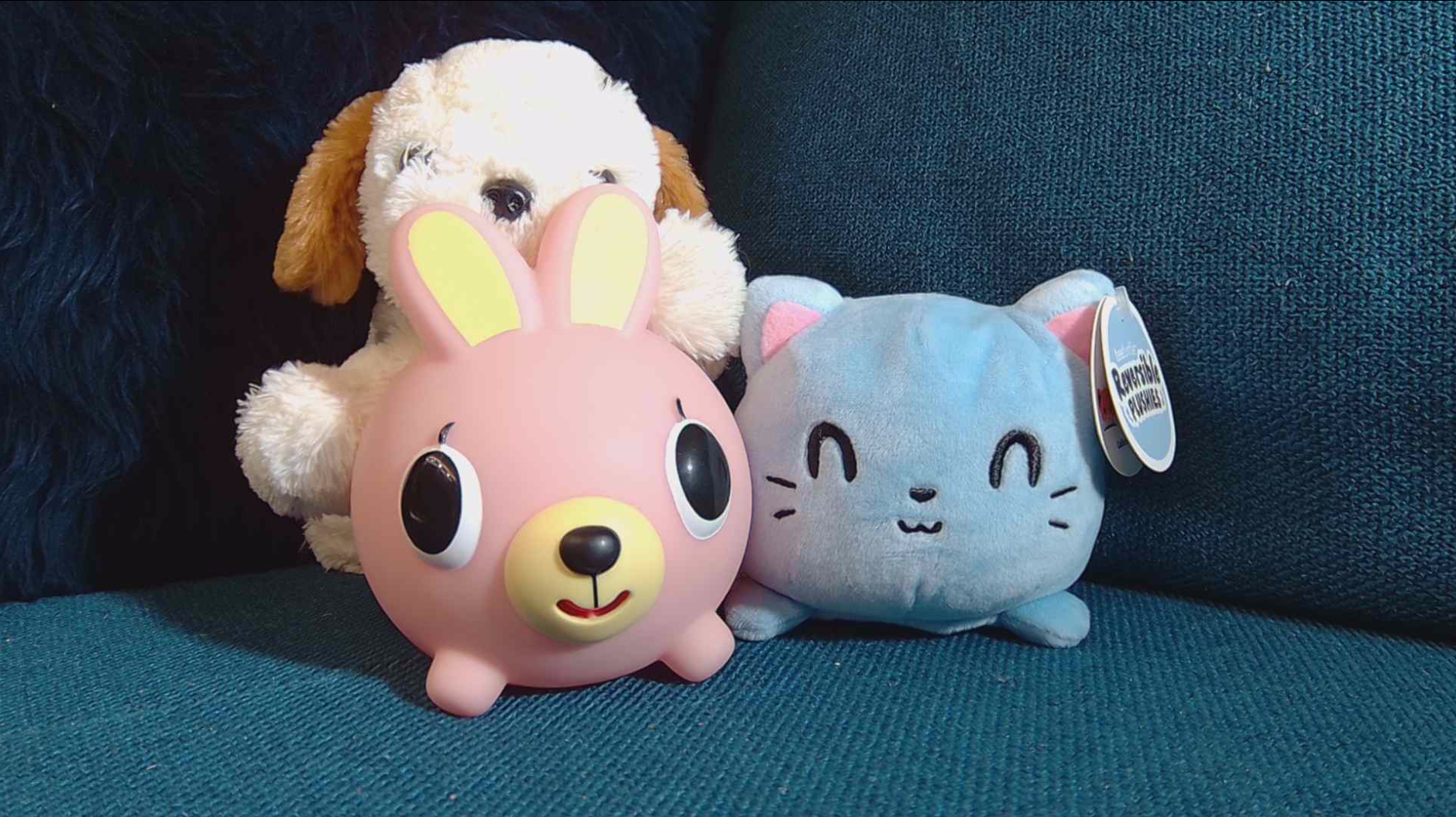 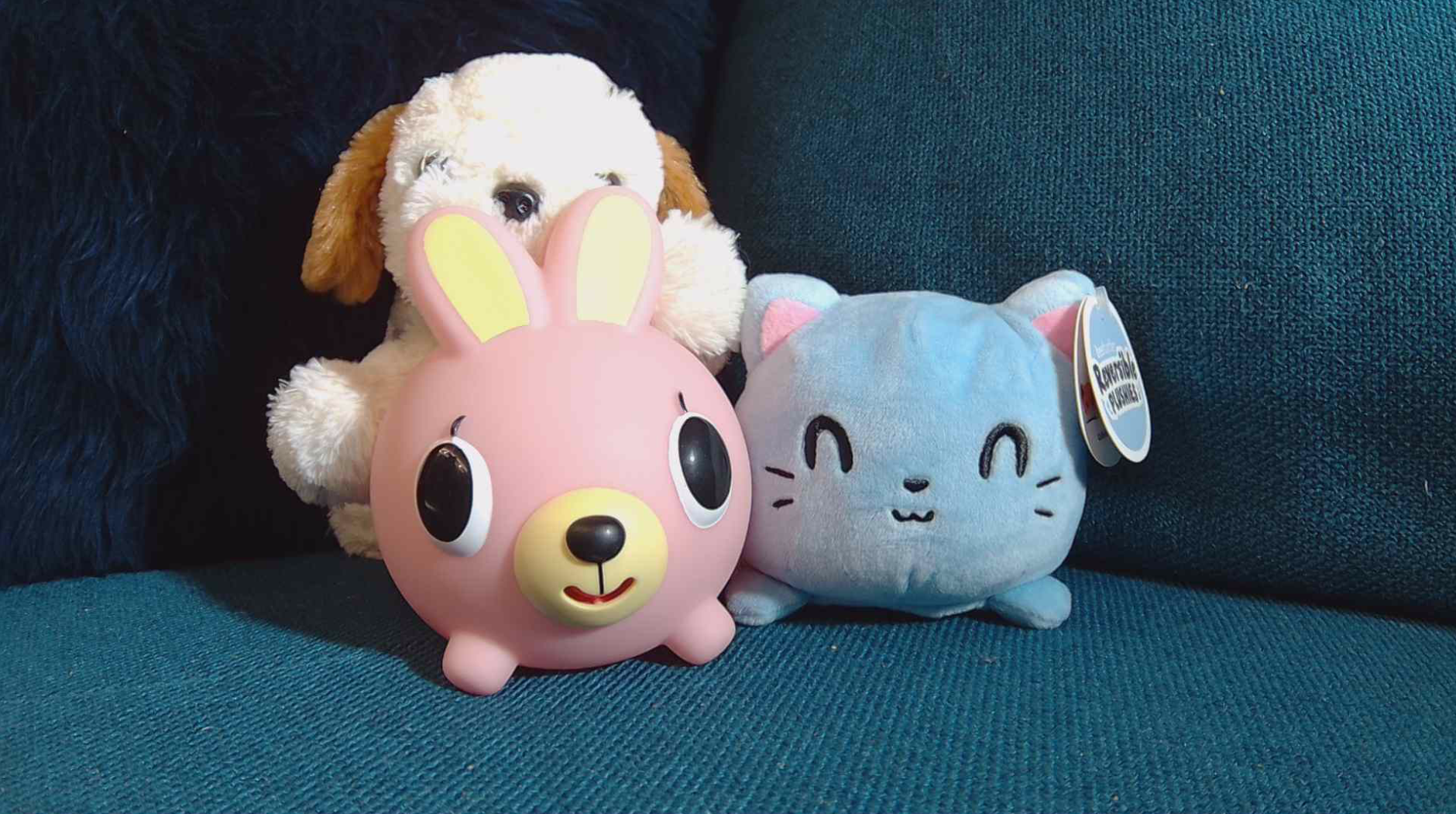 On the default Windows camera app, for example, I got largely the same image quality as the preview in Synapse. Colours did look a little washed out, but the details were great and the 60fps recording capability was amazing. 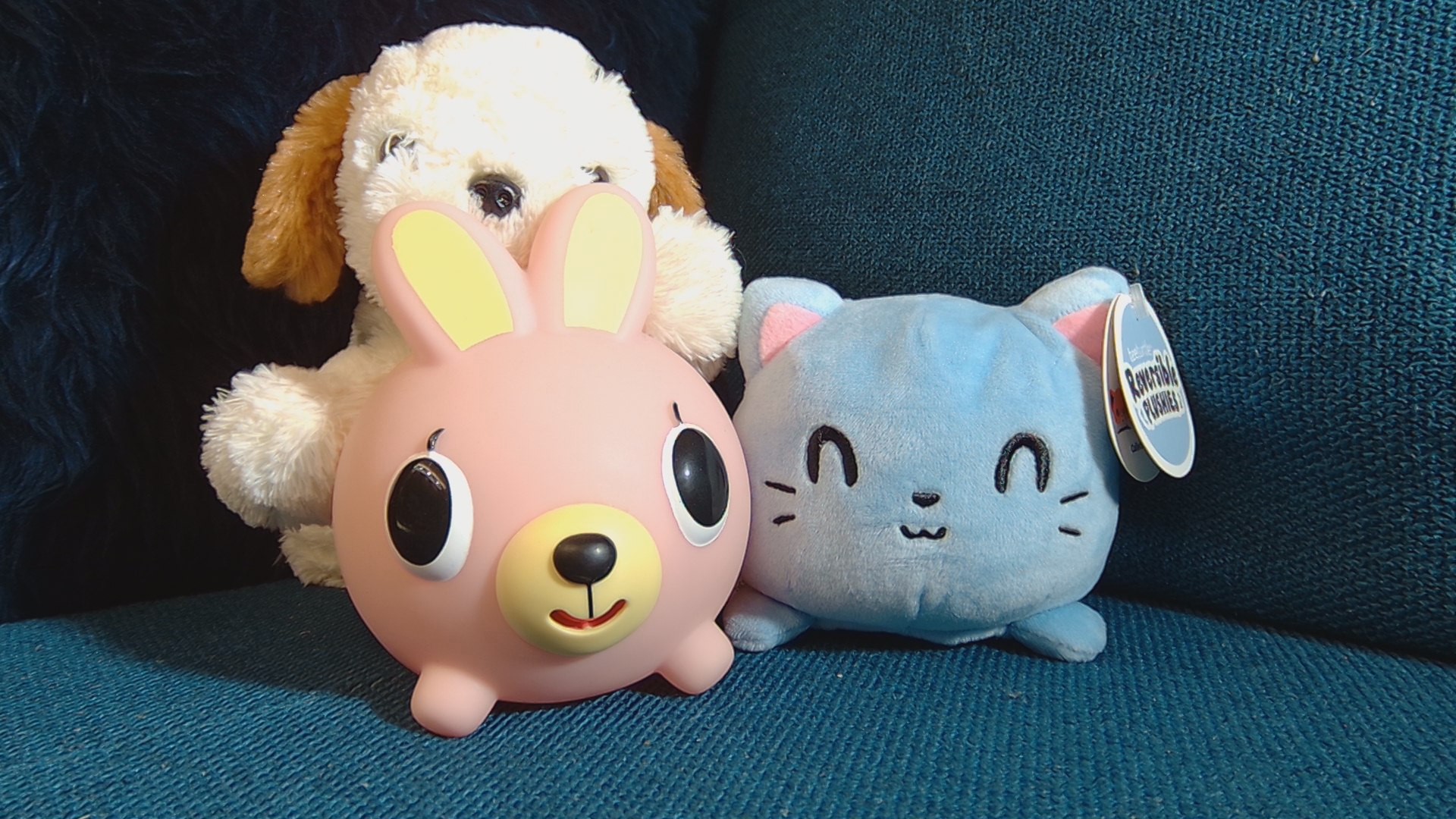 The Kiyo Pro also performed admirably on my locally installed Zoom app. The improved quality was noticeable, prompting a few callers to remark that my video feed looked impressive and asked for the brand of the webcam I was using. 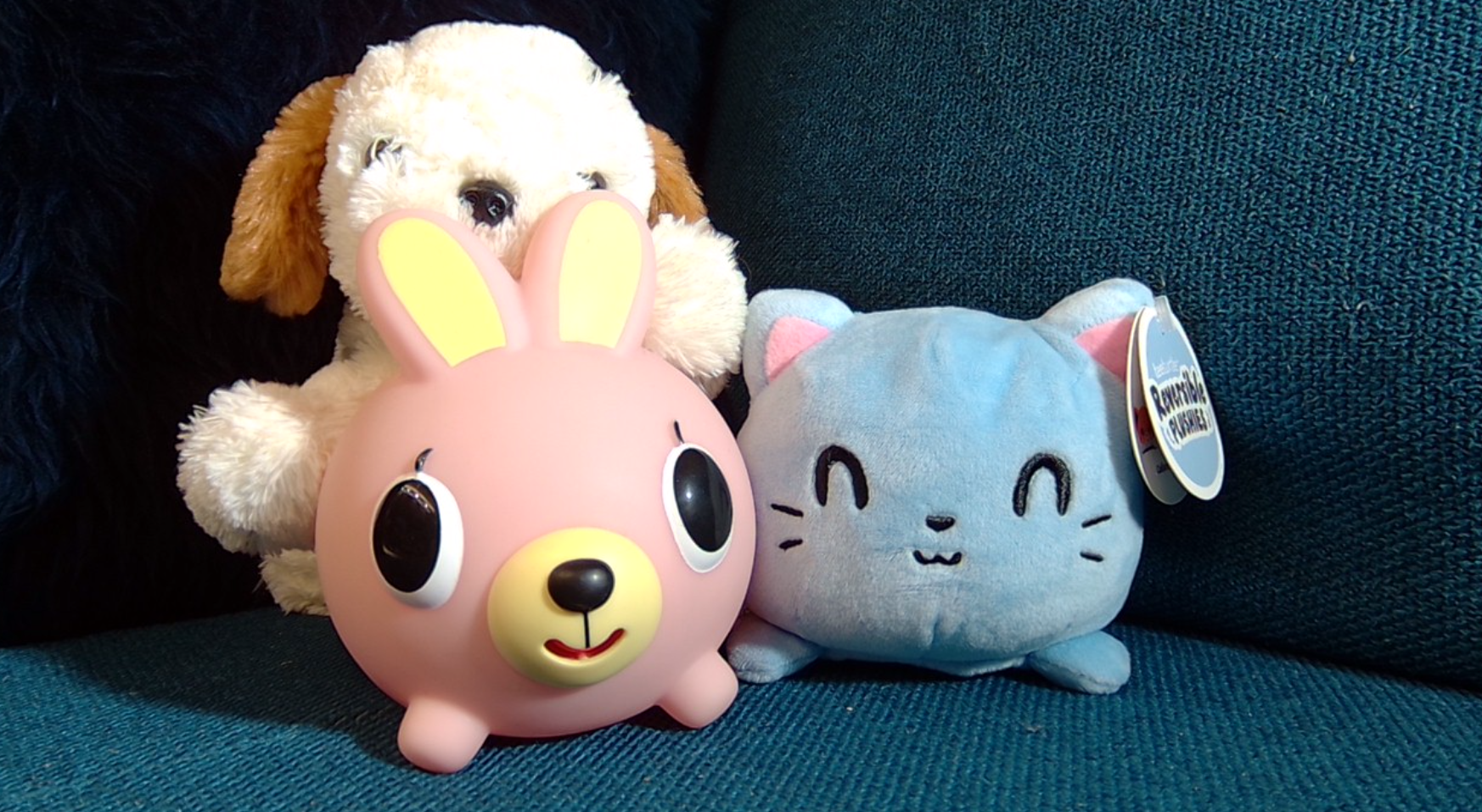 On Google Meet, however, the video quality was slightly inconsistent, and tend to be underexposed. I could not figure out why it looks good only sometimes. The fact that Google Meet ran exclusively in the browser could be a reason why. 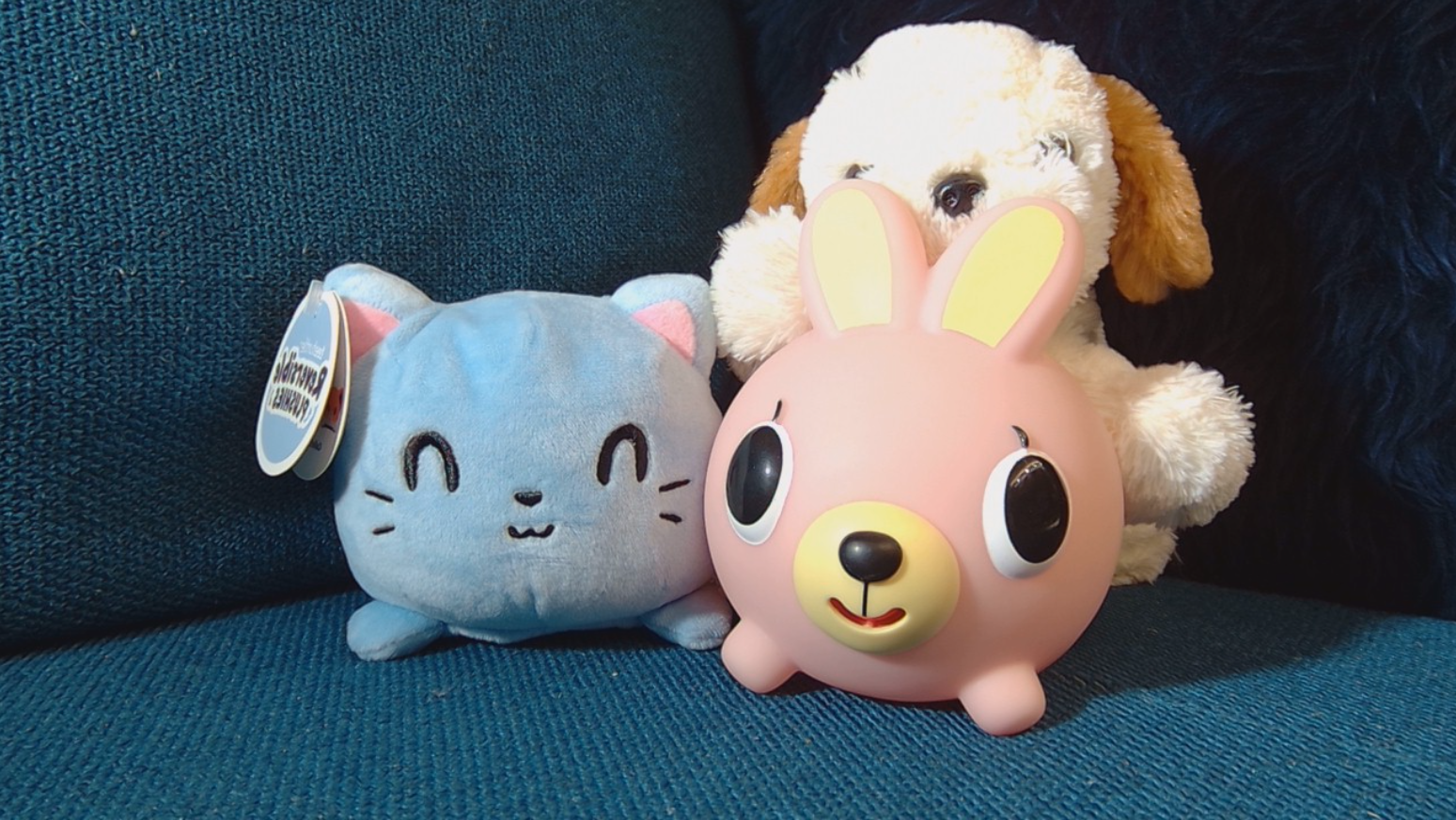 Of course, as a camera designed for streamers first, I absolutely had to test the camera in Open Broadcaster Software (OBS), one of the most popular apps for streaming online. Here, the Kiyo Pro was outstanding, impressing me with the smoothness of the 60fps recording and the sheer detail it captured. 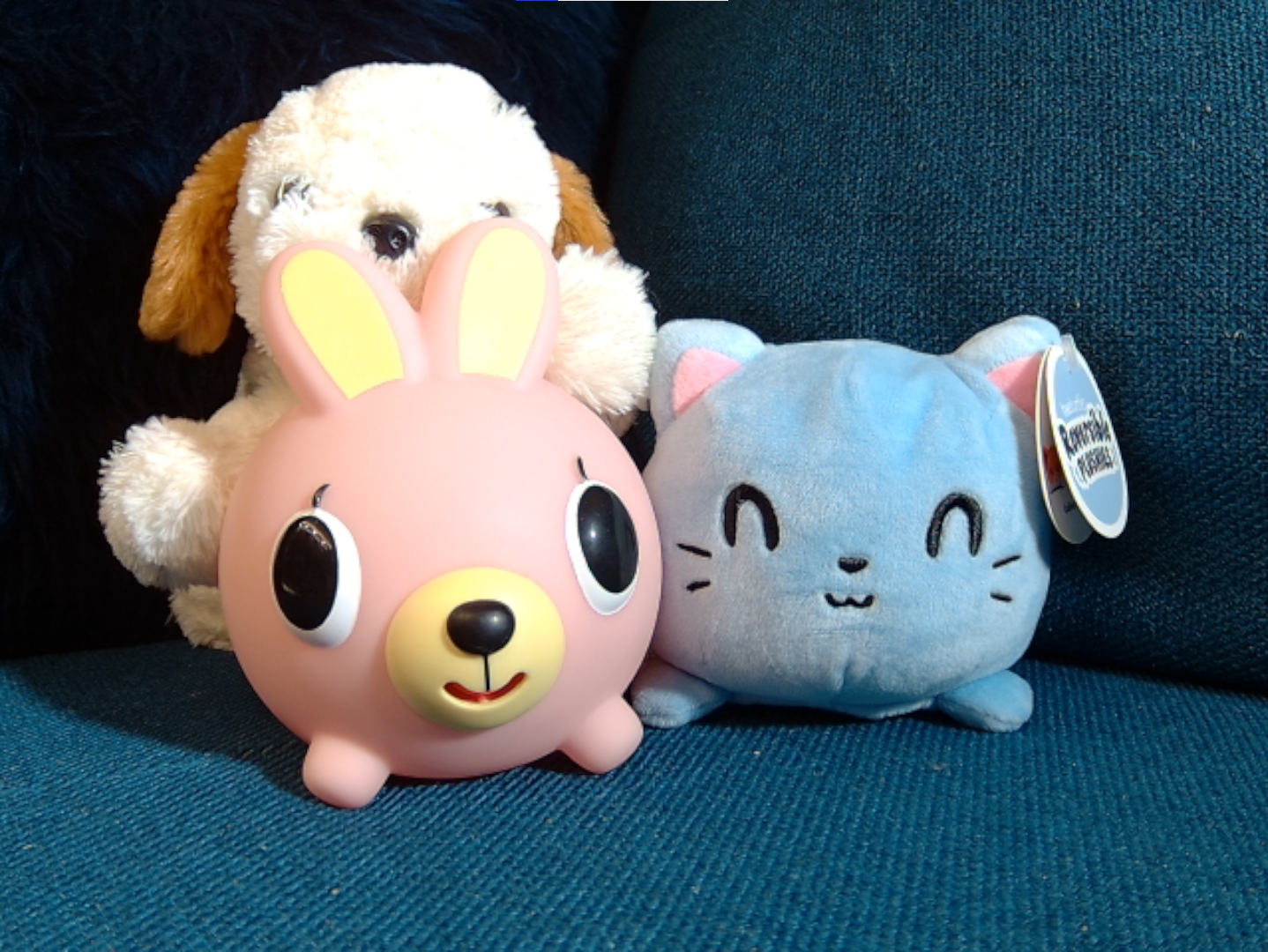 On occasion, I felt like there might be too much detail being captured. After all, it’s not like anyone wants to count every single pore on my face in a meeting or while I’m streaming my gameplay, right?

Thankfully, there are apps that can counter this. Zoom, for instance, has a built-in feature that smooths out your features. Just don’t overdo it or you’ll look like a fuzzy wax figure.

Another complaint I have is the slow speed of the autofocus. The Kiyo Pro takes a while to adjust to your movements, and sometimes fail to autofocus at all. In these instances, I had to hold up my palm to the Kiyo Pro to activate the autofocus, then drop it again so it refocuses on my face. If you tend to be an animated streamer or gesture a lot during meetings, this might prove to be a problem.

Last but not least, the Kiyo Pro is a fully manual affair. This means if you customise the settings for a dark room, and then flip on the lights, things are going to look blown out. You can create several profiles in Synapse for different lighting situations, but it’d be nice to have at least some automatic exposure adjustment to make my life easier.

There are, of course, a few caveats to know.

Firstly, I mentioned “a proper lighting set-up” above because while the camera has decent low-light performance, there’s simply no replacement for a good external light source. The software and sensor can only do so much, and nowhere is that more evident than in rooms where the light sources come from uneven angles. The camera has no way of competent way of dealing with splotches of light and darkness on your face.

It’s also important to note that what you see on your own screen will not be what your viewers or colleagues see on theirs. Whether you’re streaming on Twitch or attending a Zoom conference call, the video that’s sent and received is highly dependent on the speed and bandwidth on both ends.

To ensure that the Kiyo Pro performs properly, you’ll need to make sure you use a dedicated USB 3.0 port. Don’t use USB 2.0 and definitely don’t run it through a USB hub, even if it’s a powered one. The camera needs a fast connection in order to work. When I tried using it through a hub, it crashed very frequently. The other reason why you'll need a dedicated USB 3.0 port is to enable high-quality video codecs and uncompressed video, which a standard USB 2.0 port would be woefully inadequate to cope up with the bandwidth needs; in fact, it would only default to the standard compressed H.264 video codec if you're on USB 2.0.

And last but not least, if you want to turn on HDR, note that the Kiyo Pro will limit you to just 30fps. You can only achieve 60 fps recording with HDR turned off. 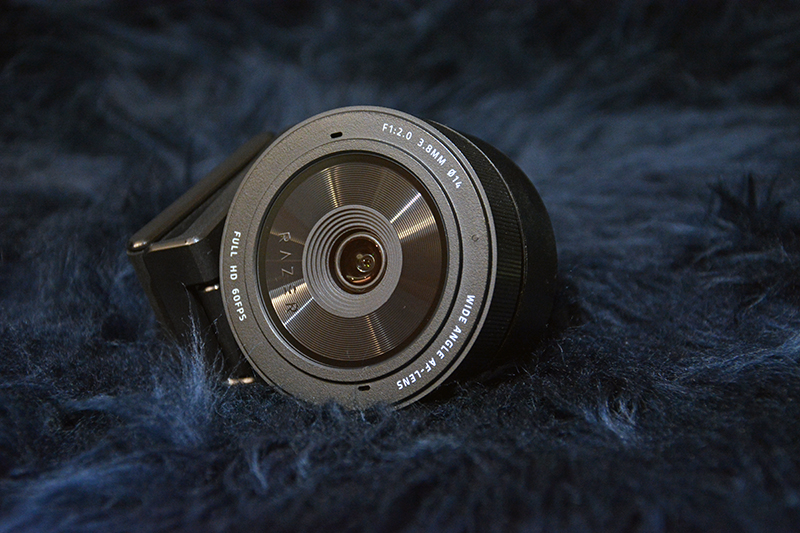 The Kiyo Pro is a great camera overall, but in the usual Razer fashion, it’s pretty expensive. A brand new unit will set you back by S$299.90, just 10 cents short of S$300. That's a little difficult to stomach for anyone.

In fact, you can get Logitech’s top-of-the-line Brio Ultra HD Pro Business Webcam for around the same price. This is arguably the better webcam as it packs in more features, like 4K recording, 5x zoom capability, and support for Windows Hello (which the Razer Kiyo Pro lacks).

But if you’re a Razer fan, don’t mind the price tag, and already have a bunch of their products, then you may want to augment your set-up with their top of the line Kiyo Pro webcam. It’s a solid camera with great performance and can be easily managed through the Synapse software which you’ll already be using to drive your other Razer peripherals.

What if S$300 is just too much to part with for being a Razer fan? Fret not, they also have a 'lite' edition coined the Razer Kiyo X which they've just launched too. At nearly one-third the price, it foregoes variable field of view options and only supports standard 1080p at 30fps tops. Even the original Kiyo with a higher resolution sensor and ring light is only half the cost of the Razer Kiyo X.

So what makes the Kiyo Pro X is a must-have for Razer fans? Three things: High-quality imaging thanks to HDR video capture support, smooth 60fps video and the ability to change your preferred field-of-view.

If you're convinced go with the Razer Kiyo Pro, it is available on Razer's online store for S$299.90. Alternatively, it' also available online at the Razer Shopee Mall, Razer Lazada Flagship Store.

Write a Review
Compare This | Specifications
Crisp and smooth 60 fps video
Good low-light performance
HDR-capable
Three FOV options
Really Expensive
No Windows Hello support
No integrated privacy cover
Some issues with autofocus
No quick switch options between dark and light room usage needs
Our articles may contain affiliate links. If you buy through these links, we may earn a small commission.