It's good, but there's nothing special 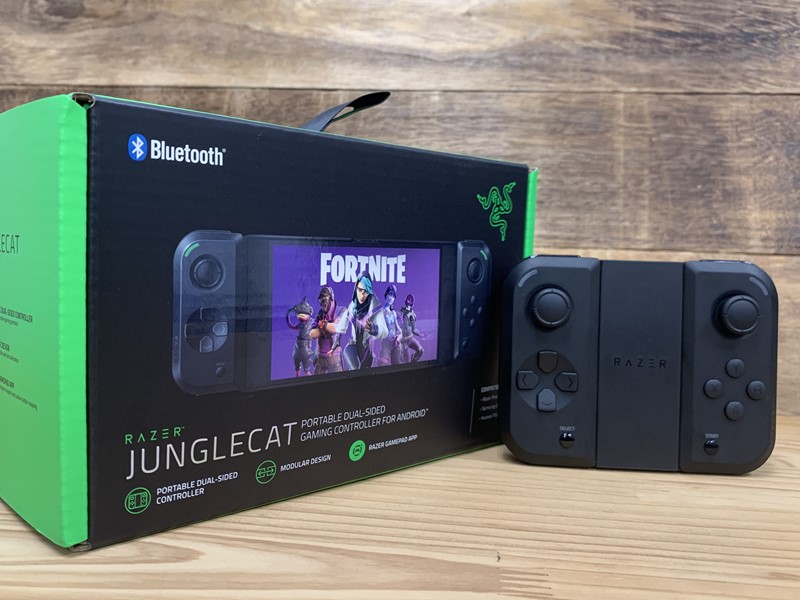 Put on your jungle hats and splash on that mosquito repellent - we're about to embark on a treacherous review for the Razer Junglecat controller, and you certainly wouldn't want to get left behind.

Of course, we're kidding about the whole jungle expedition bit, but like every other feline we know, housecat or otherwise, the Razer Junglecat is much more than meets the eye.

First up, the technical stuff

At first glance, it doesn't seem all that impressive - a black, considerably lightweight, dual-ended Android gaming controller featuring all that the generic modern controller should - joysticks, d-pad, triggers, and bumpers. On top of that, each half of the controller also comes with its own Type-C port, power switch, and Bluetooth unit.

Setting it up is a cinch. After placing a compatible device into one of the special included cases, detach the Junglecat from the centre block and slide them onto either side of the phone casing. There should be a "click" sound letting you know it's firmly in place. Afterward, just switch on the controllers, connect them through your device's Bluetooth menu and you're good to go! The end result should look something like a Nintendo Switch Lite.

Of course, this just provides the baseline functions, such as character movement via the joystick. For more customised key mappings, you'll have to set them up yourself via the Razer Gamepad app. 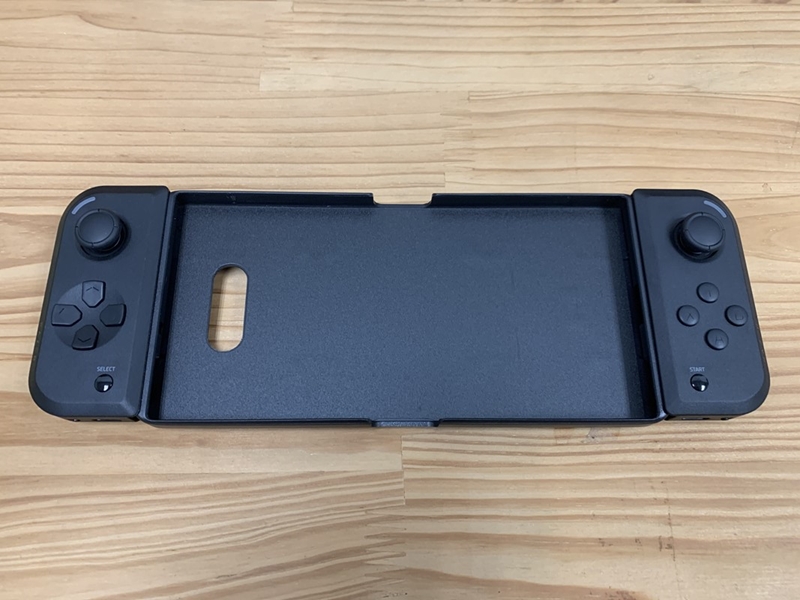 Compatibility-wise, the Junglecat has what I would call "friends" and "best friends". As in, it plays nice with any smartphone that runs Android 7.1 Nougat or higher, but it works best with a select few models. More specifically, the Junglecat is rather picky when it comes to utilising the handheld, or "phone-grip" format. As stated on the box, that feature only works with three smartphone models in particular: the Razer Phone 2, Samsung Galaxy S10+ and the Huawei P30 Pro.

This is because of how the controllers are attached. The handheld concept means special cases are required as a housing, and the Junglecat only ships with three sizes by default - one for each of the aforementioned models. It's impossible for Razer to include a case for every possible smartphone size, anyway.

To be fair, I can understand Razer is trying to set themselves apart by having the "phone-grip" format, but its usage is limited to the point where it effectively backfires on itself. Rather than making the Junglecat more unique and outstanding than its competitors, it becomes way more niche instead, since only people who own those 3 smartphone models can get the full value out of the controller and handheld feature. 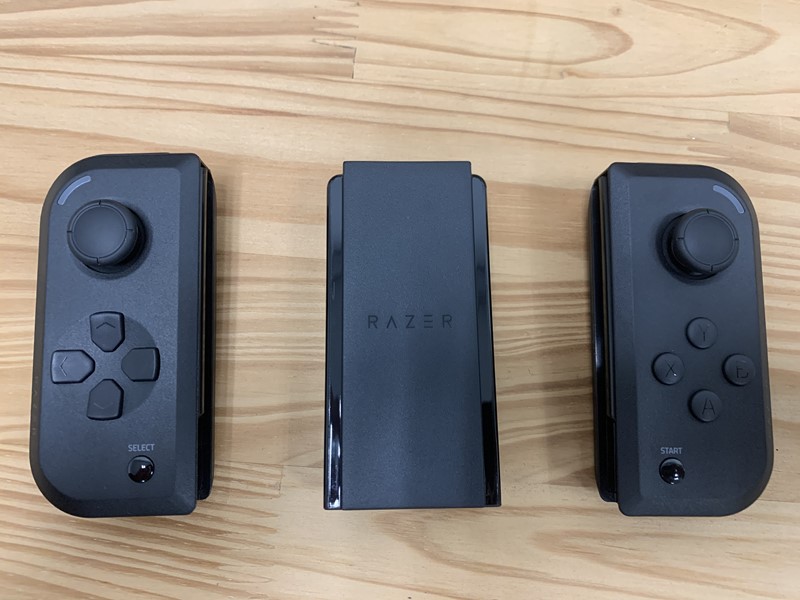 By that token, I don't think I need to say that it takes a good chunk of points off the Junglecat's overall practicality, and it's only made worse by the fact that it's considerably pricier than the majority of Android controllers at S$158.90 (via Razer Store).

In terms of experience and usability for controllers, it's hard to give a clear-cut answer since it depends on what games you intend to play with it. If you prefer to dabble in slow-paced titles like Hearthstone and Shadowverse, don't expect to see any drastic changes while using the Junglecat. That's not counting that the decision to get a controller solely for such games is rather questionable to begin with. However, if you lean more towards fast-paced genres like MOBAs, battle royales, and FPS titles, I would say the Junglecat becomes a lot more viable and useful, especially if you need more precise control and fluidity in your games. 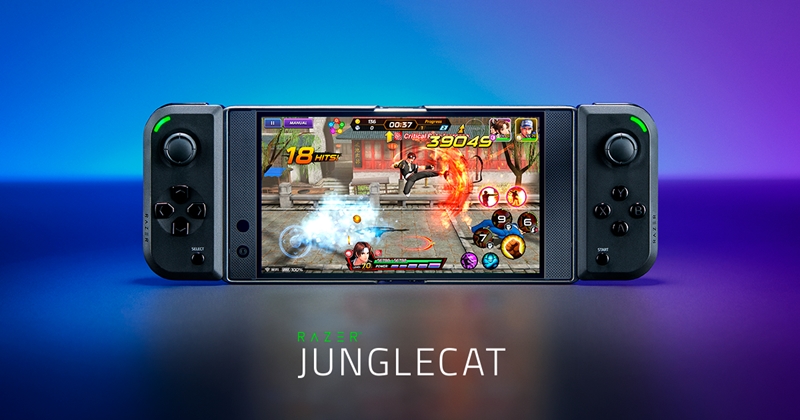 For the purposes of this review, I went with a mix of titles: Mobile Legends, Hearthstone, TEKKEN and PUBG Mobile.

Mobile Legends was arguably the game I spent the most time testing. At first, I opted to attach only the left half of the Junglecat to make character movement easier, and it ended up paying dividends in-game. The input was extremely responsive, the grip was comfortable and using the joystick felt a lot more natural to me than dragging my finger along the bottom left area of my screen. I then set up the other side to cater to ability use using Razer Gamepad, but turned it off after a while since pressing the joystick for basic attacks felt rather odd.

For Hearthstone, let's just say adding in the controller made things a lot more troublesome than it should have been. Because the game's interface relies so much on clicking and dragging, it was literally more impractical to use the controller than my own set of fingers. The bottom line? You probably don't need the Junglecat for such games. Period. 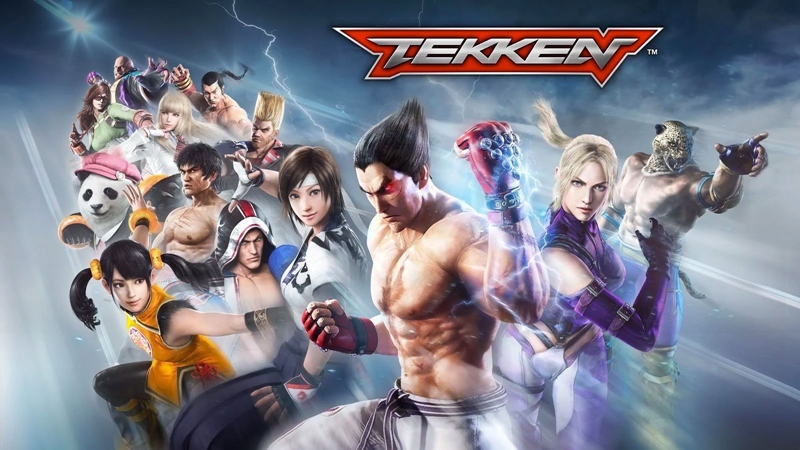 Third on the list was TEKKEN. Fighting games are definitely a go-to when testing controllers, and the Junglecat is no exception. Using the dual d-pad, I managed to hammer out a few good combos against the A.I., so once again, a nod to the accuracy and speed of the Junglecat's button inputs.

Last but not least was PUBG Mobile. Now, I've never been a big fan of battle royale games, but Fortnite takes the cake for the one I dislike the most, so this was my next best option. Usually when you're playing a shooter on mobile, your fingers often have to double as your console's right thumbstick, and this can mean tiny delays between seeing an enemy and shooting them. This was mostly remedied by the Junglecat since it literally provides joysticks, and while the difference was tangible, it's not groundbreaking either.

Naturally, the next question that comes to mind is how the Junglecat matches up against its competition. For starters, it's already much pricier than other controllers like the iPEGA PG-9023, which costs $26.80 on Shopee, and as mentioned earlier the overall lack of compatibility isn't doing it any favours either. Why would I spend a lot more money for a controller that is best used with a select few phones as opposed to something more generic? I might as well just hook up my regular Dualshock 4 since I already own a PS4.

And even if I didn't own one, I think I would rather wait to grab the upcoming Razer Kishi, which they revealed at CES 2020, or the Wasp 2 controller from FLYDIGI off Lazada if I wanted one immediately - the latter works for both iOS and Android, and is way cheaper to boot. 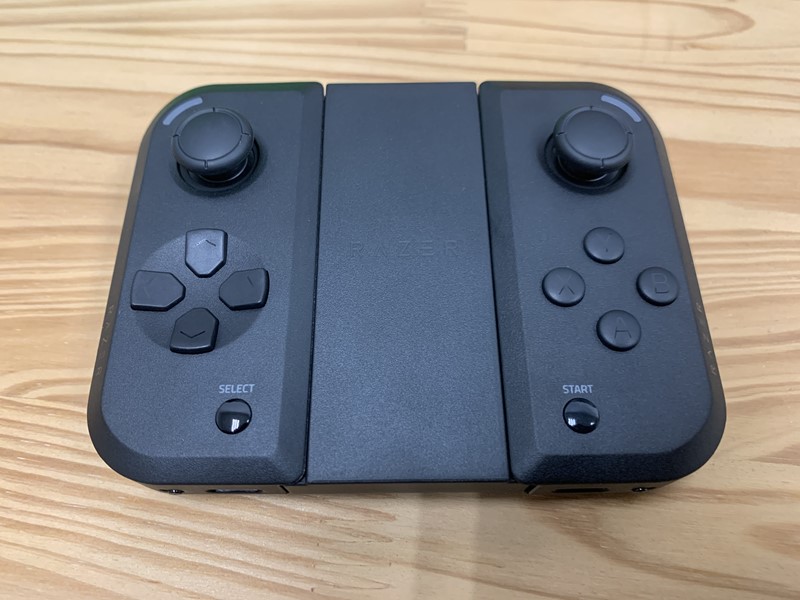 Essentially, while the Junglecat does provide reasonable gameplay improvements for the titles (and phones) it's touted to work best with, I still don't think it delivers anything that really unique. The Razer branding is cool, and the quality is definitely there, but it's still way more practical to grab a cheaper and more generic controller online, such as the aforementioned PG-9023. I admit the handheld grip is a nice addition, but honestly, it's something I can live without, and I certainly don't intend to buy a Razer Phone 2 or Galaxy S10+ just for the sake of trying it.

On the whole, I wouldn't say that the Razer Junglecat isn't worth it; I just feel it's not worth that much. Most of us mobile gamers are content with using our own fleshy stubs, and even if we did want a top-end controller, we would have to see some really earth-shaking differences before we fork out a three-digit sum for it.

The way I see it, the Junglecat's selling point actually hampers its usability and practicality rather than supplementing it, and that's a big no-no regardless of how you slice the cake. To put it simply, the Razer Junglecat has tried to roar and set itself apart, but has only managed a "meow" on the level of your everyday feline.

Write a Review
Compare This | Specifications
Inputs are highly responsive
Ergonomic, easy-to-handle design
Lightweight and portable
Expensive compared to other Android controllers
Usage is only maximised with certain phones and genres
Features are rather generic; offers nothing special
Our articles may contain affiliate links. If you buy through these links, we may earn a small commission.
Sponsored Links