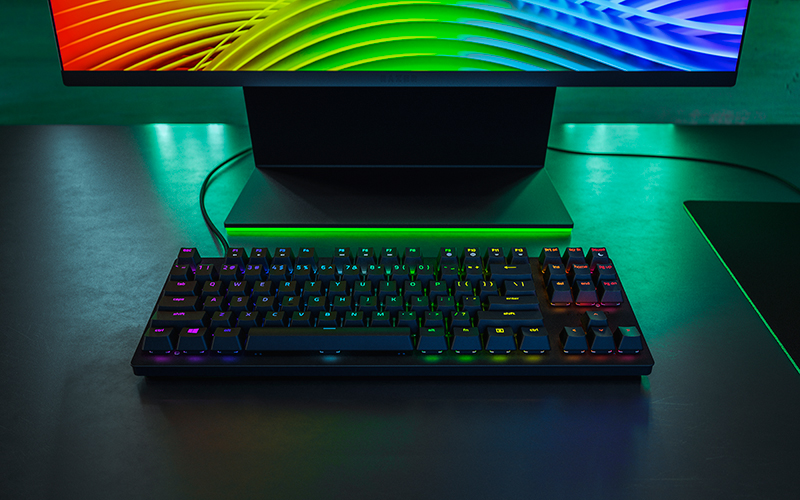 This is a new look for Razer

God knows that there isn't a shortage of gaming keyboards today. Razer itself has made plenty, and you can take your pick from brands like Logitech, Corsair, HyperX, or Ducky, to name just a few. It's tough to stand out today, and even somewhat minimalist keyboards like the HyperX Alloy FPS or Logitech G512 Carbon don't turn that many heads. Don't get me wrong – those are both good keyboards, but they're simply competent and don't excel in any particular way.

Razer's answer to the problem of standing out is optical switches. It first introduced the new clicky optical switches on the Huntsman Elite, and it's now bringing the linear variant to the Huntsman Tournament Edition. The big difference is that the TE model has been designed with a focus on esports, which means a more compact, no-nonsense design without unnecessary trappings like dedicated media keys.

I have to say I really like the simple, utilitarian design. It's plain, but that's also why it looks so good, without any protruding bits of plastic or aggressive lines. Razer's esports-oriented focus is doing it plenty of favours – just look at the Razer Viper, which has a fairly clean design as well and also happens to be the best mouse Razer has made in a while. 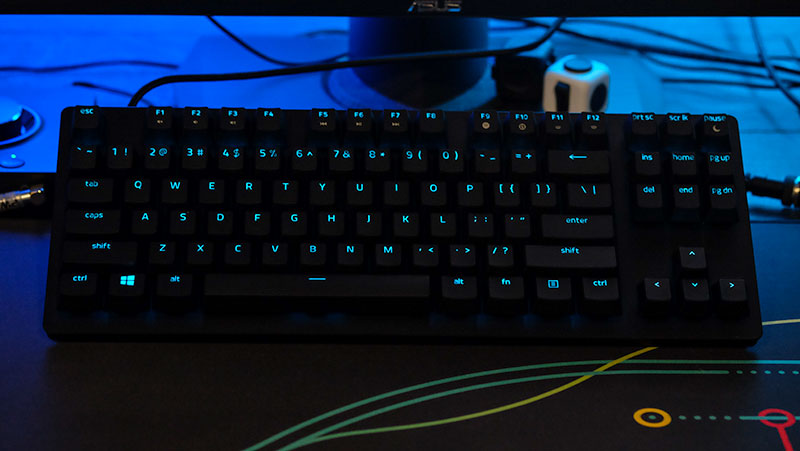 Design aside, the optical switches are a very real advancement in switch technology. I'm not going to say that you can tell the difference between them and regular mechanical switches – you can't – but they do quite a lot for reliability and durability. And that's really what the Huntsman TE is about. It's a combination of good design decisions, such as the inclusion of PBT keycaps and a USB-C connector, that come together to make it a solid and sensible offering.

About those optical switches...

Razer's hardly the first to offer optical switches. The Zowie Celeritas II had optical switches from Flaretech, while keyboards like 2016's Wooting One and Bloody's Light Strike models have also done something similar. That said, optical switches haven't really caught on in the mainstream, and Razer is probably one of the bigger, if not the biggest, brand to pick them up.

Optical switches differ from regular mechanical switches in one big way. They don't rely on metal parts coming into contact with each other to register a key press. All metal contact switches have to account for "contact bounce", an unavoidable phenomenon where the contacts open and close rapidly and generate multiple signals. A debounce delay is implemented to avoid registering extra key presses, but it also adds a small delay to each key stroke.

In the Razer switch, a light beam passes horizontally across the switch shaft. This is normally blocked by the switch’s stem, but when the switch is depressed, a hole in the stem is exposed, which then allows the light beam to actuate a receiver. This sends a corresponding signal to your computer, which translates into a key press.

There's no debounce delay needed here, which means faster key presses, right? That's true in theory, but don't believe any nonsense you hear about people saying their key presses "feel" faster. For starters, the standard bounce time on Cherry MX and other switches is generally less than 5ms, a minuscule amount of time. To put things simply, optical switch technology may in fact be speedier on paper, but that's not a difference that is humanly possible to notice.

That aside, the new linear optical switches on the Huntsman TE also have a shorter actuation distance, which means they actuate faster. While Cherry MX switches usually actuate at 2mm, and their Speed Silver switches do so at 1.2mm, these linear optical switches actuate at a mere 1mm. Furthermore, the switch actuates and resets at the same point, which facilitates more rapid key presses. This is actually a pretty important specification. If the reset point is above the actuation point, as it is with Cherry MX Blues and Logitech's GX Blues, you'll have to release the switch further before you can trigger another key press, which means you can't click as quickly. 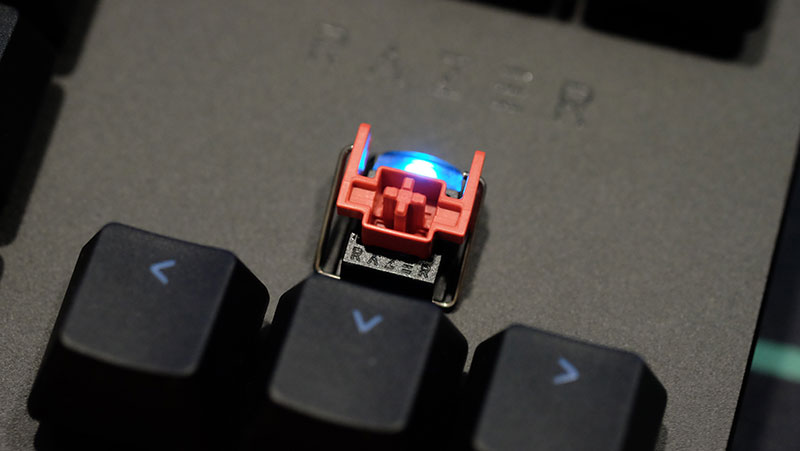 Compared to the optical technology, I think things like the shorter actuation distance and having the same actuation and reset point matter more when it comes to creating a switch that feels more responsive.

Even more important is the kind of typing experience the switches produce. This is quite subjective, but I'm having a pretty good time with them overall. Each key stroke is smooth, with no scratchiness that I can notice. There is still noticeable key wobble, despite each key having its own metal stabiliser bar, but it's no worse than on other similar mechanical gaming keyboards.

These are also very light switches, with an actuation force of just 40g, lighter even than 45g Cherry MX Reds. If you only like heavier switches, you're out of luck here, but other than that, the Huntsman TE provides a pleasant experience, regardless of whether you're typing or gaming. I really like it, and I generally tend to prefer heavier switches. 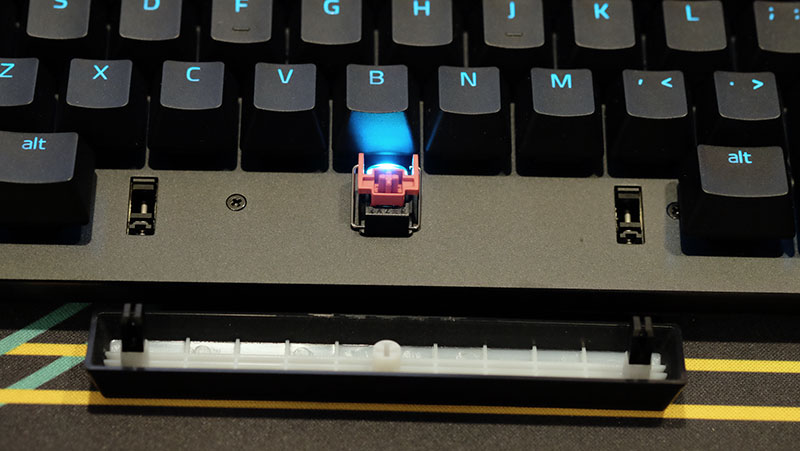 The doubleshot PBT keycaps are a huge boon as well. Compared to cheaper, ABS plastic on most mechanical keyboards, PBT is denser and more resistant to key shine over time. However, my favourite thing about PBT keycaps is the sound they produce when typing. This is a much lower pitch than ABS keycaps, and it just sounds much better to my ears.

Furthermore, PBT has a slightly rougher and more textured surface, which I prefer to the smooth surface of ABS. 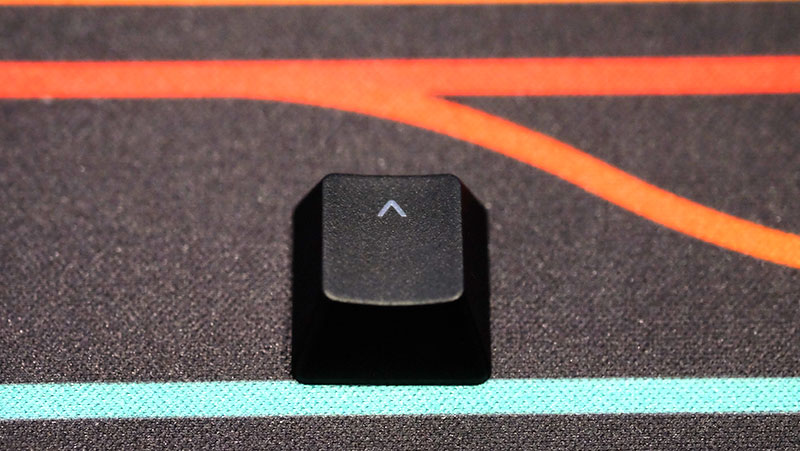 The doubleshot moulding process also melds together two layers of plastic, with one of them moulded specifically for the keycap legends. This make the keycaps more durable as well since the legends won't fade over time.

Everyone should use USB-C now 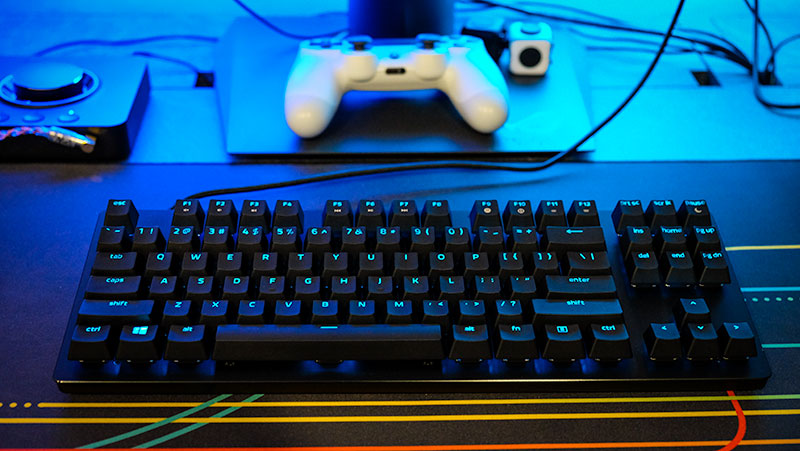 Another thing about the Huntsman TE is that it was obviously built for travel. Its lightweight design and detachable, braided cable allow it to be packed up quite easily. However, the matte aluminum top case still gives it a good amount of rigidity, and there's hardly any flex to the chassis.

The keyboard feet feel like quality stuff too. There are two pairs of feet, which offer typing angles of 6° and 9°, so you can pick whichever suits you better. Personally, I found the 9° angle too steep, so I opted for the other set of feet. 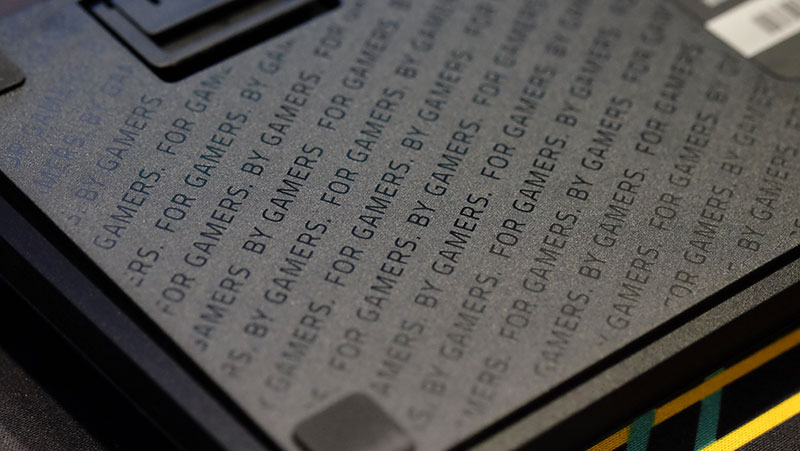 One of the best parts of the Huntsman TE is also Razer's choice of connector. It's USB-C, a huge step up from the flimsy micro-USB connectors still used on some of the most expensive keyboards today. The connector also slots securely into its own niche on the left, so there's little risk of it getting unplugged when you're playing. 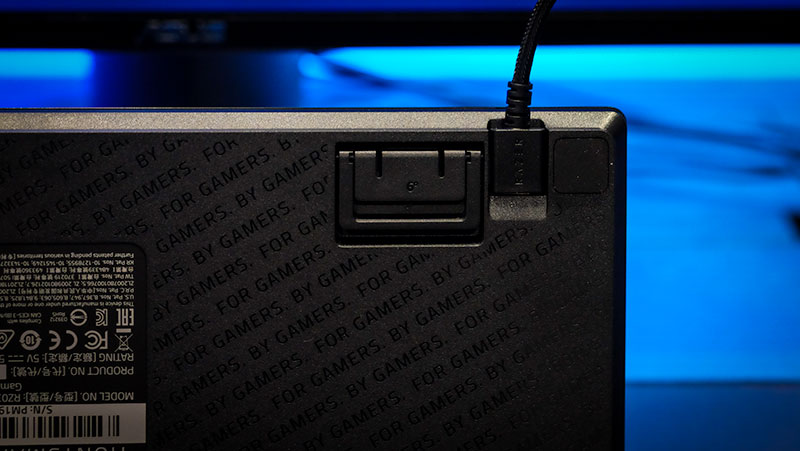 The RGB backlighting is bright enough, but there are certain inconsistencies in the lighting, likely due to the doubleshot moulding process. This is more prominent on legends with fine, curved lines, such as the @ symbol or the tab key. Razer put the secondary legends right next to the primary ones, which means both are located directly above the LED in each key. This is not a problem with legend or LED placement, and it probably has to do with achieving better consistency with the plastic used for the legends.

You can make minute tweaks to the brightness on the keyboard itself, but my one complaint would be the location of the brightness controls on the function row. Holding down the Fn key to access the secondary functions also deactivates the backlight on the rest of the keyboard, leaving only the function row illuminated. This means you can't tell if you've hit your desired level of brightness easily, and you have to keep letting go of the Fn key to check. 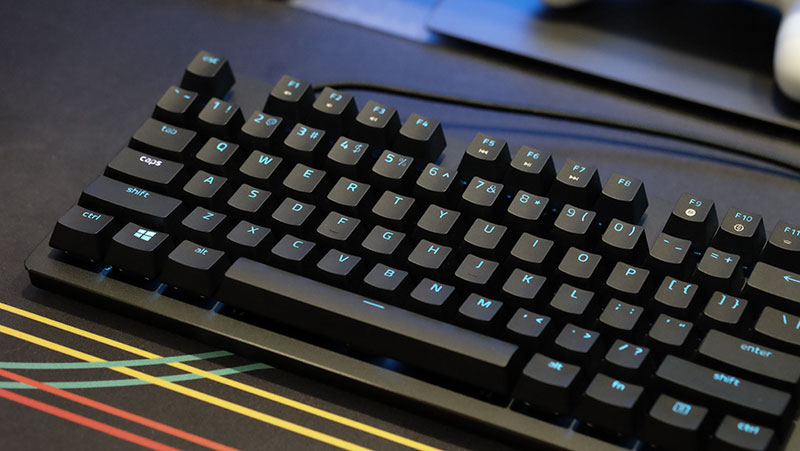 There are plenty of customisation options in Razer Synapse 3, including the ability to sync the keyboard to the content being displayed on screen, and you can set your preferred profiles in the software and store up to five configurations in the onboard memory. However, Razer still requires you to access Synapse on a new computer if you want to load up your profiles, which kind of detracts from the whole point of having onboard profiles in the first place.

I'm also really glad Razer made a smaller version of the Huntsman Elite. Smaller keyboards make it easier to line up your shoulders and hands in a more ergonomic position, while also leaving more room for your mouse. 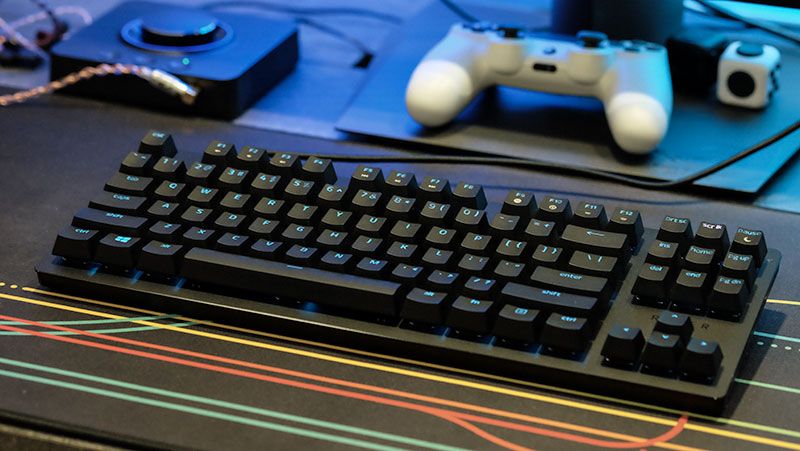 The Huntsman Tournament Edition may just be my favourite keyboard from Razer. It has many features that I'd really like to see on more gaming keyboards today, such as PBT keycaps, a detachable USB-C cable, and a standard bottom row. These features improve the overall user experience, and Razer is really leading the way in terms of offering the features that people have been asking for.

And while I went on at length about how optical switches don't make a tangible difference in real life, the fact remains that they're a more durable and reliable technology. The absence of metal contacts means there's fewer things to wear down, and I guess some folks may just like the idea of having a more technically competent switch.

The one drawback is the price, which at S$210.90, seems like a pretty big ask for a keyboard that looks so plain. Don't judge it by its looks though – this is a high-end gaming keyboard with the price tag to match.