Note: This article was first published on 28th June 2018. 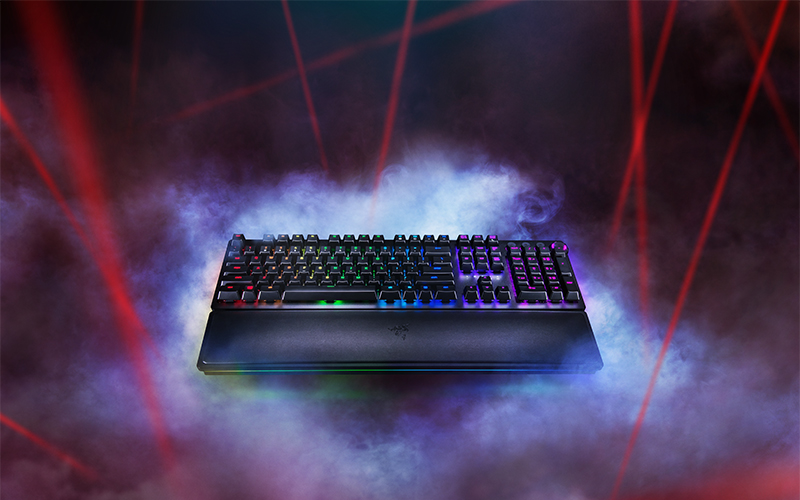 Traditional mechanical switches register key presses when two metal leaves come into contact with each other. The problem with this is that metal oxidizes and wears out, which can lead to performance degradations.

Today, Razer is hopping onto the optical bandwagon with the Huntsman Elite, a brand new mechanical gaming keyboard from the company. This is Razer’s new flagship, and it has a price that reflects that. At S$339.90, this is one of the most expensive keyboards you can buy. Are the optical switches and all the bells and whistles that come with it worth it? That's what we hope to establish in this review. 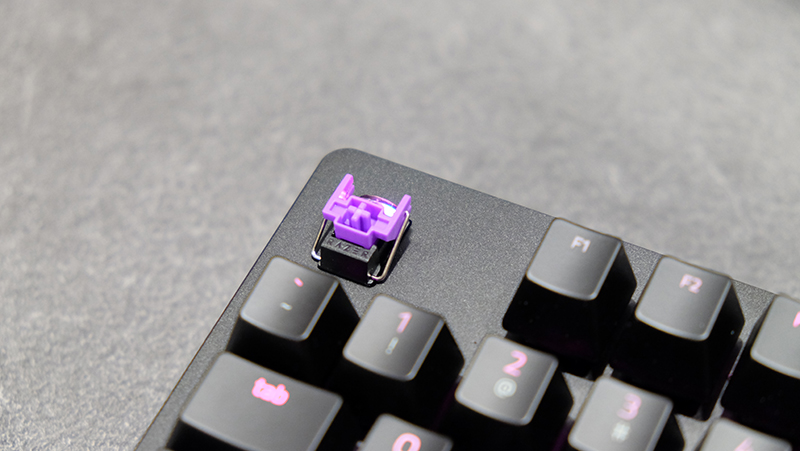 In the Razer switch, a light beam passes horizontally across the switch shaft. This is normally blocked by the switch’s stem, but when the switch is depressed, a hole in the stem is exposed, which then allows the light beam to actuate a receiver. This sends a corresponding signal to your computer, which translates into a key press.

This is different from the Zowie Celeritas II, which relies on a light beam that shoots up vertically from the PCB. It features surface-mounted infra-red optoelectronic components on the circuit board, and the light beam passes through a prism in the switch slider and is bent toward the sensor.

The Celeritas II uses Flaretech switches (made to Zowie’s specifications) from a Taiwanese manufacturer called Adomax, but it looks like Razer’s switch might be based off a different design from A4tech.

Razer has introduced its own modifications however, and each switch comes with its own metal stabilizer bar. This supposedly helps reduce key wobble, and I think it’s pretty neat that Razer hasn’t limited stabilizers to just the larger keys.

The additional stabilizers that come with keys like the spacebar look like they're based off Cherry-style stabilizers, which are mounted on the PCB itself (as opposed to plate-mounted, like Costar). Razer has implemented two struts that grip onto the stabilizer bar running underneath the keyboard top plate. If you want to replace the stock caps with a third-party set, these struts look like they can be removed and inserted into your new keycaps. 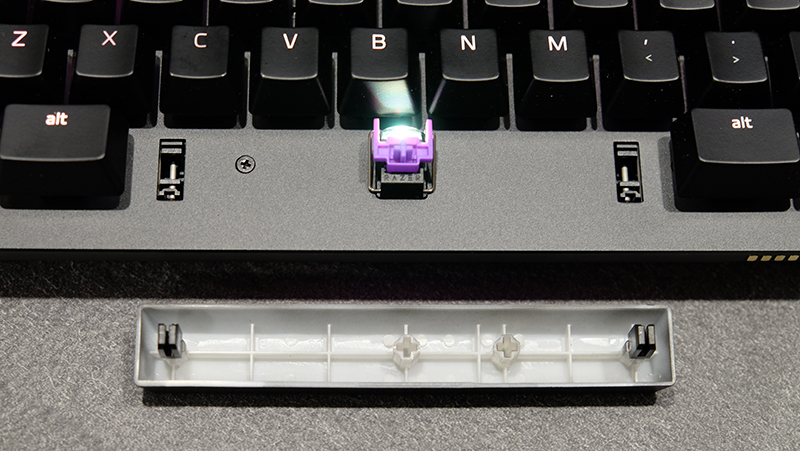 You’ll also find a clear piece of plastic located at the rear of the switch that helps diffuse the light more evenly.

The Razer Opto-Mechanical switch is a tactile, clicky switch with a shallower travel distance than regular Cherry MX switches. Here’s summary of the switch’s specifications: 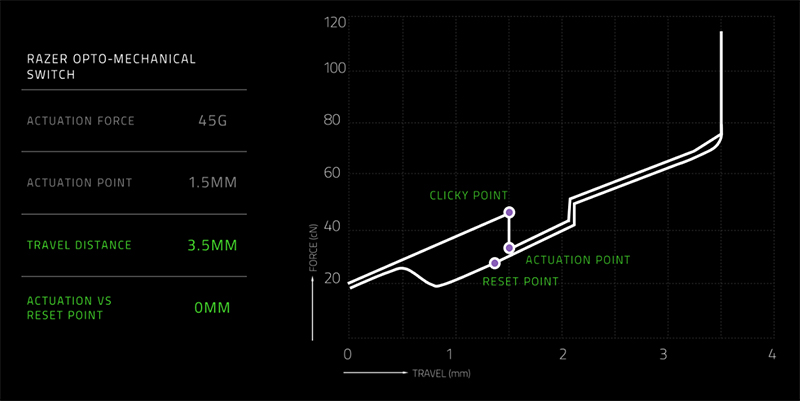 In addition, the mechanical click and optical actuation mechanisms are separate, so the switch actuates at the same point as its click. This gives a clear auditory cue when your key press has been registered. In comparison, the Cherry MX Blue switch actuates about 0.5mm after its pressure point.Razer designed the switch with speed in mind, which explains the shorter actuation and travel distances. The 45g actuation force also makes this a very light switch, and it’s difficult to avoid bottoming out when typing.

The reset point is also within 0.2mm of the actuation point, which theoretically ensures you won’t have problems with tapping a single key rapidly in succession as you don’t have to bring the key too far above its actuation point to reset it.

Why is it better than a mechanical switch?

Optical switches have a couple of advantages over their mechanical counterparts. For starters, there’s no need to introduce a debounce delay to account for the bouncing, or the generation of multiple signals, that occurs when two metal contacts touch each other. A debounce delay is needed to avoid picking up multiple signals and registering extraneous key presses, but it also adds a small delay to each keystroke. Because optical switches have no metal contacts, there’s no need for this debounce delay.

Furthermore, the switch supposedly has fewer moving parts, which reduces the chance that something will break down.