Razer products are unmistakable. They are designed for gamers with a unique style that is industrial, military and ominous. The new Razer Ferox mini-speakers fulfill these criteria and much more. The tapered cylinder units which provide 360 degrees of omnidirectional sound instantly set the Ferox apart from its peers and contemporaries. While forward facing speakers can only provide directional sound, the Ferox has a much wider and encompassing soundstage and subsequently a larger sweet spot.

This design feature also means that you can move away from the tradition setup of a speaker unit on either side of your computer or laptop. We found that you can configure the speakers in a tower formation by stacking them one on top of each other and get a different soundstage. With a little creative thinking they can even be suspended overhead if you happen to be using them in the confines of your room giving you yet another soundscape.

The Ferox is also equipped with optimized digital amplification, which Razer claims can provide up to 12 hours of non-stop audio playback. This means that with the Ferox you can get down to some serious gaming without having to constantly worry about the sound cutting out on you. The speakers utilize a USB cable for charging, while it has a 3.5mm audio input jack for playback.

The Ferox turns on with a little push to the top of the speakers which also unlatches the expanded bass resonance chamber. With the speakers being fitted with 30mm drivers, the design feature is supposed to add additional dynamism to the sound and tone.

An LED ring at the bottom of the speakers glows blue when the speakers are powered on and turns red when battery charge reduces to be below 10% ensuring that you can get it to a power source in time (which is plugging the USB cable to a notebook or PC to charge the unit). The entire package also comes with a handy little pouch ideal for stowing away and carrying the speakers around with its associated cables. 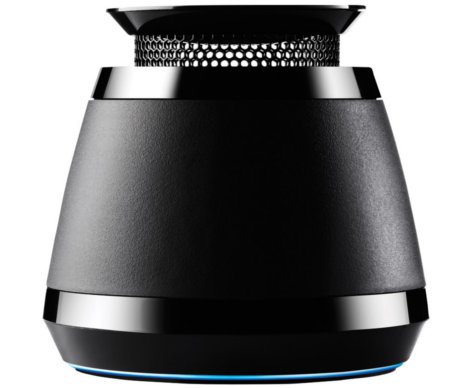 Of course, sound is a matter on which opinions differ as people have different musical and sonic tastes. Some are bassheads while others are treble freaks, so your preferences with speakers may vary. Since the Ferox is vying for the mobile speakers market, we used our experience with the X-mini Capsule II as a baseline for comparison.

Our evaluation of the Ferox was conducted using the following materials:-

Write a Review
Compare This | Specifications
360-degree omnidirectional sound
Extended battery life
Good Design and looks
Limited reproduction of bass
Notes lack attack
Our articles may contain affiliate links. If you buy through these links, we may earn a small commission.
Sponsored Links