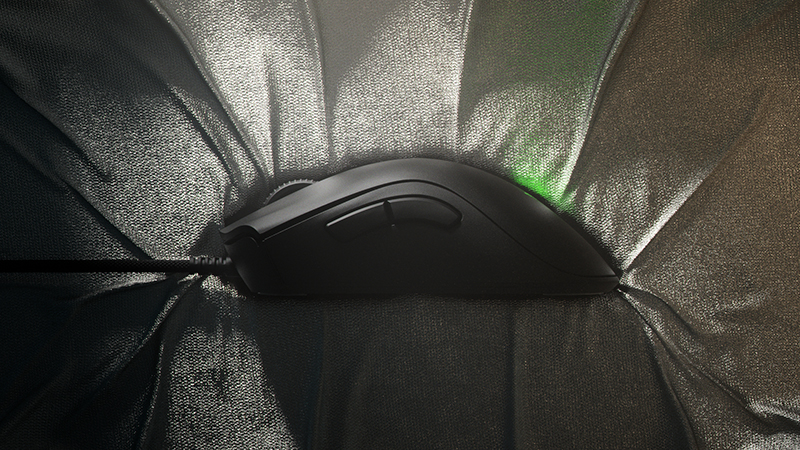 Honey, I shrunk the DeathAdder!

The Razer DeathAdder is one of the most beloved of PC gaming mice. It's spawned countless iterations over the years, and Razer even refreshed it recently with the Deathadder V2, which features a slightly updated silhouette and a far lighter design. The DeathAdder V2 is Razer's best DeathAdder yet, but it is a gigantic mouse that can only be comfortably used by those with larger hands.

That's where the DeathAdder V2 Mini comes in, a shrunk-down version of the original DeathAdder V2 that caters expressly to people with small to medium-sized hands. It neatly fills a very specific gap in the gaming mouse market – ergonomic, right-handed mice that don't require giant mitts to use. As it stands, options like Zowie's EC1 and EC2 mice are still on the larger side, as is the G-Wolves Skoll. If you have small hands but prefer ergonomic mice, your options are very limited, and most of the small mice on the market – such as the Razer Viper Mini and Glorious Model O- – sport ambidextrous shapes. 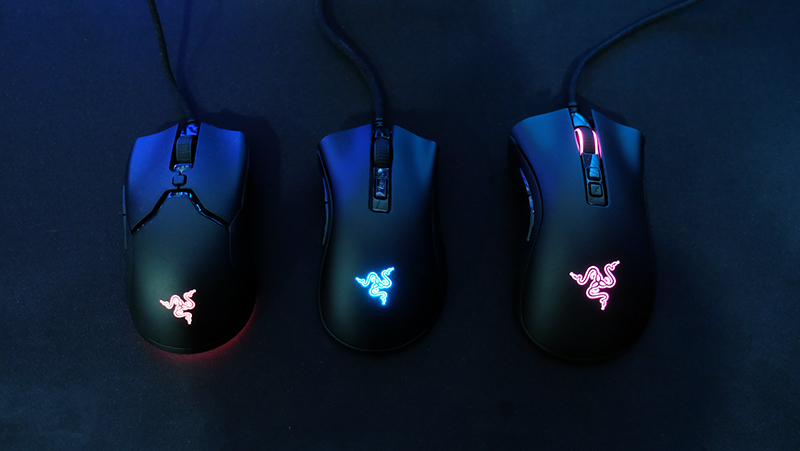 Having said that, the DeathAdder V2 Mini is really, really small. In fact, I wasn't quite expecting how small it would be. It is shorter even than the Viper Mini, measuring 114.2mm in length to the latter's 118.3mm. I've never been a fan of ergonomic mice, mostly because I don't enjoy how the deliberate curves and grooves force you to hold the mouse in a certain way. However, the DeathAdder V2 Mini is starting to make me reconsider my dislike for them, that maybe the only reason I don't like them is that they're all too big. 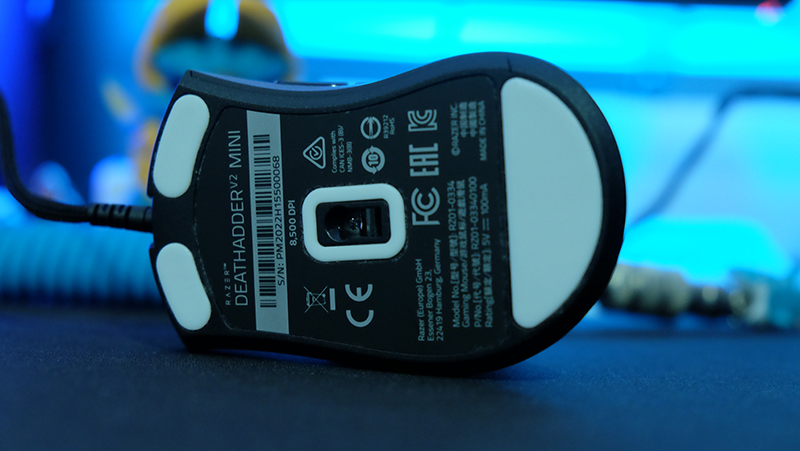 Right off the bat, the DeathAdder V2 Mini fit my hand like a glove, and it required almost no time to get used to at all. At 62g, the mouse also feels feather-light, and the 100% PTFE feet give it a slick and unfettered glide. These are some of the best stock feet I've encountered, and I think most folks will be pretty satisfied with them. 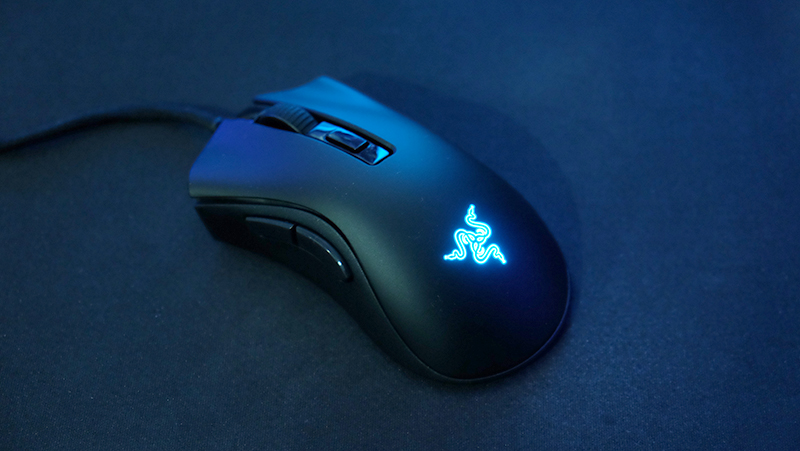 The DeathAdder V2 Mini is technically small enough to accommodate the palm, claw, and fingertip grips, especially since its hump is located toward the middle and will not fill out your palm when you're clawing it. But while I was able to use the fingertip grip on it, the mouse bulges outward on its right side and the left edge also swoops outward aggressively toward the back, giving the mouse a rather wide width for its size. It's not the most ideal for the latter grip style, although it is still short enough to allow me to make micro-adjustments with my fingers and pull the mouse down without it bumping up against my palm. This is still primarily a palm grip mouse for small hands, and there are comfort grooves down the mouse buttons to guide your fingers into place.

However, just like the larger DeathAddver V2, the mouse buttons and top shell form a single, continuous piece. Compared to a mouse that has its mouse buttons separate from the shell, the DeathAdder V2 Mini doesn't produce clicks that are as crisp or satisfying, but the switches are still Razer's optical switches that are rated for 70 million clicks. This is similar to the switch rating on the Razer Viper, while the Viper Mini uses a different switch that is rated for 50 million clicks.

The idea behind Razer's optical switches is that no physical contact is required to send an electrical signal to your PC, in this way eliminating the need for a debounce delay. Instead of relying on metal contacts, an infrared light beam passes through a shutter to send an electrical signal to your computer, and every click is registered almost instantaneously. Razer puts the response time at 0.2ms, which is supposedly 3 times faster than regular mechanical switches.

Having said that, while I don't think that this is something that makes a meaningful difference in game or which you'll even be able to notice, the optical switches should still be more reliable than traditional switches that use metal contacts, since it's less likely that key contacts will wear down. 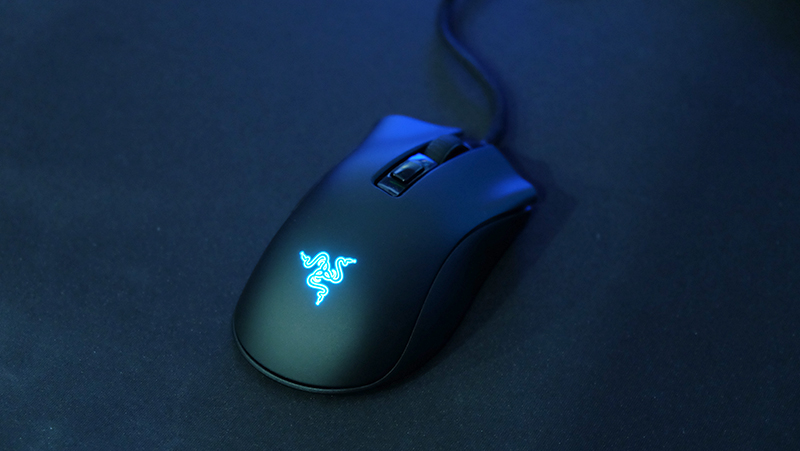 The side buttons are large and easy to access. They're also pleasantly springy, and I have no complaints about them at all. The scroll wheel has a nice, grippy texture and well-defined notches. More importantly, it's quiet, so you're not going to be bothered by any annoying squeaking noises.

The plastic shell of the mouse feels solid and well-built, with no noticeable creaking when pressing in on the top, sides, or bottom. The matte surface resists dirt and grime quite well, but I can see how some people might find it a little slippery. This wasn't a problem for me personally, but Razer has included some helpful rubberised grip tape for the mouse buttons and sides if you want an even more secure hold on the mouse.

RGB lighting has been kept to a minimum, and there's just a single, customisable Razer logo on the shell. This can be customised in Razer's Synapse 3 software, and synced with other compatible devices in the same ecosystem. However, as with all other Razer mice, the onboard memory profile will only store your sensitivity settings and not the lighting effects, which means that you'll need to have Synapse 3 running if you want the mouse to glow in your favourite colour. 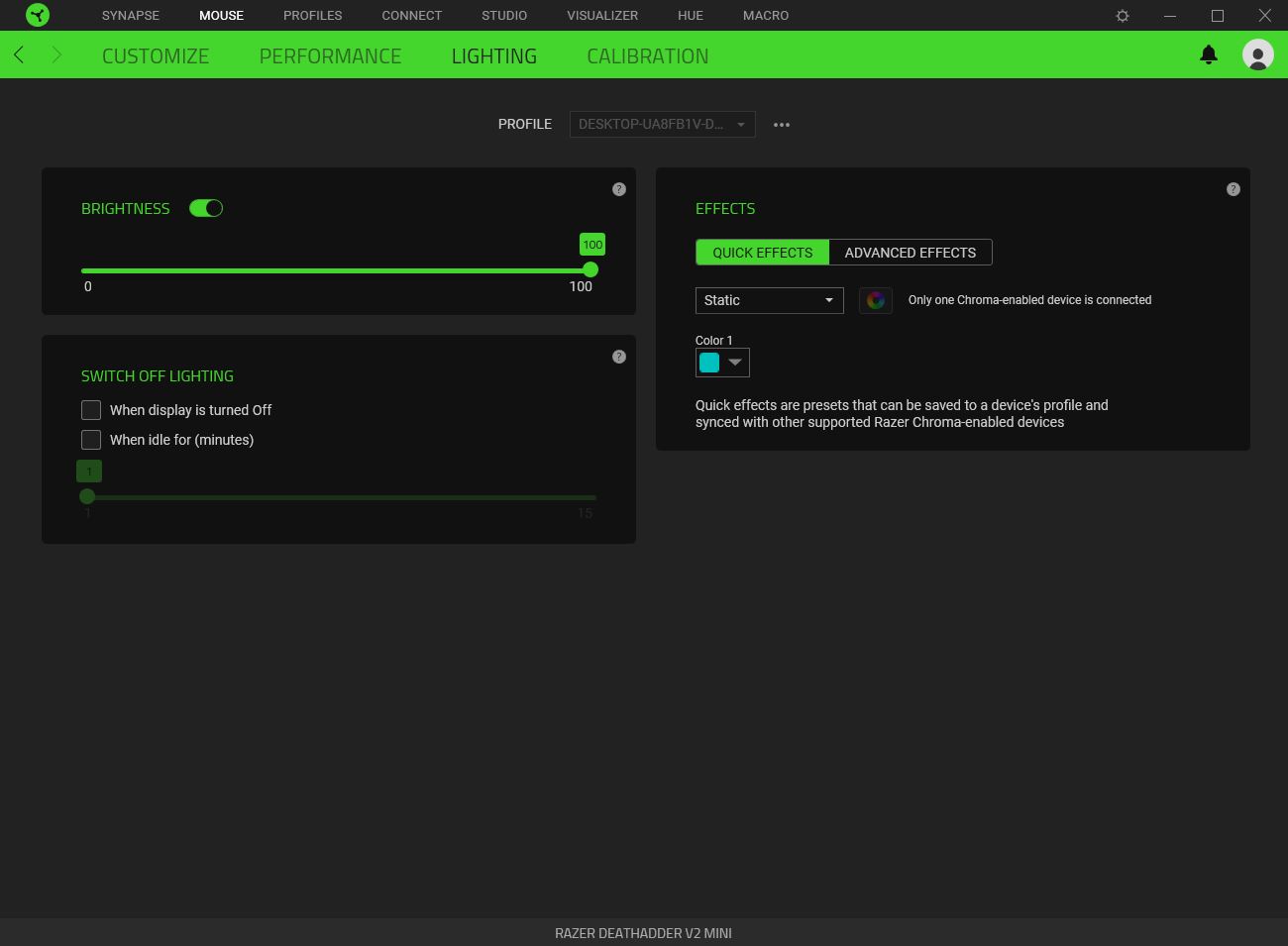 The paracord-style Speedflex cable is soft and supple, but it's a little fatter than the one on the Viper Mini and I had a little trouble stuffing it into my Glorious mouse bungee. Nevertheless, it's flexible enough that using it without a bungee produces minimal drag.

Finally, the DeathAdder V2 Mini uses an 8,500DPI PMW 3359 optical sensor, which is the same as the one on the Viper Mini. As expected, tracking is flawless, with no noticeable acceleration or jitter. Almost every mouse you've heard about today has a flawless sensor, so tracking is almost not worth talking about anymore. Instead, things like shape, weight, and quality of the cable and switches matter far more. 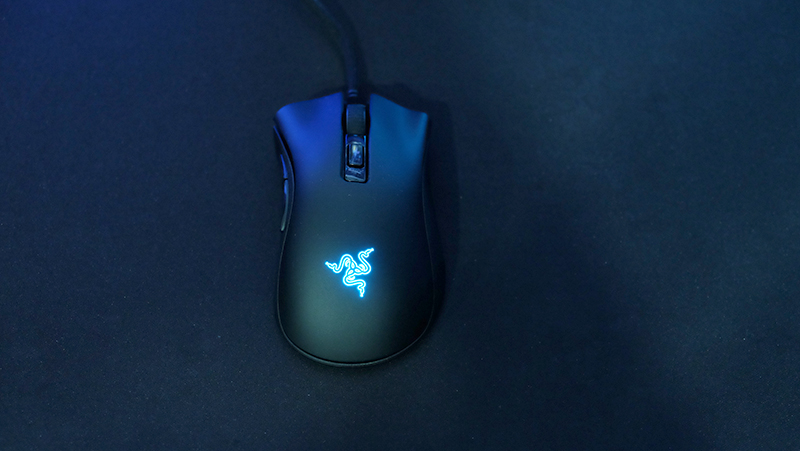 At the end of the day, I'm just surprised by how much I like the DeathAdder Mini. While it's not going to become my daily driver just yet, it's helped me see the appeal of ergonomic mice, or small ones at least. It's hard to ignore how comfortable this mouse is to palm, and the only reason I'm not using it every day is because I prefer something better suited for the fingertip grip.

The DeathAdder V2 Mini was created for Asian markets, where people are presumably smaller built and hence also have smaller hands. If you're already comfortable with the regular DeathAdder V2, chances are your hands will be way too large for the Mini. But if you've never been able to find an ergonomic mouse that's been small enough to use, you should definitely check out the DeathAdder V2 Mini.

At S$83.90, the DeathAdder V2 Mini is pretty reasonably priced. I'd recommend it to anyone who likes to palm their mouse and wants an ergonomic, right-handed shape.

Write a Review
Compare This | Specifications
Lightweight, ergonomic design without honeycomb shell
Optical mouse switches
Flawless tracking
Soft and supple cable
Smooth 100% PFTE feet
Not for everyone given its small size
Shape is not entirely versatile and better suited for the palm grip
Onboard memory only stores sensitivity settings
Synapse 3 still required to load lighting and macros
Sponsored Links