Battery life on the Blade Stealth 13 is mediocre at best, and it still wasn't able to best either Aftershock laptop in the Modern Office benchmark, despite the fact that they have more powerful chips and slightly smaller batteries. The display on the Blade Stealth 13 is a lot brighter however, so it's possible that it was a contributing factor in bringing the battery life down.

However, it fared slightly better in the Gaming benchmark, where the more aggressive clock speeds of the Core i7-9750H probably allowed the Blade Stealth 13 to pull ahead slightly with its more efficient chip.

That said, the Blade Stealth 13 still sailed ahead in our portability index, which takes into account factors like size, weight, and battery life. Despite its somewhat disappointing battery life, the Razer ultrabook is still so light and compact that it's really hard for any 15.6-inch laptop to top it. Nevertheless, it's clear that boosting the Blade Stealth 13's gaming chops has caused it to suffer in areas where ultrabooks traditionally excel, such as battery life. 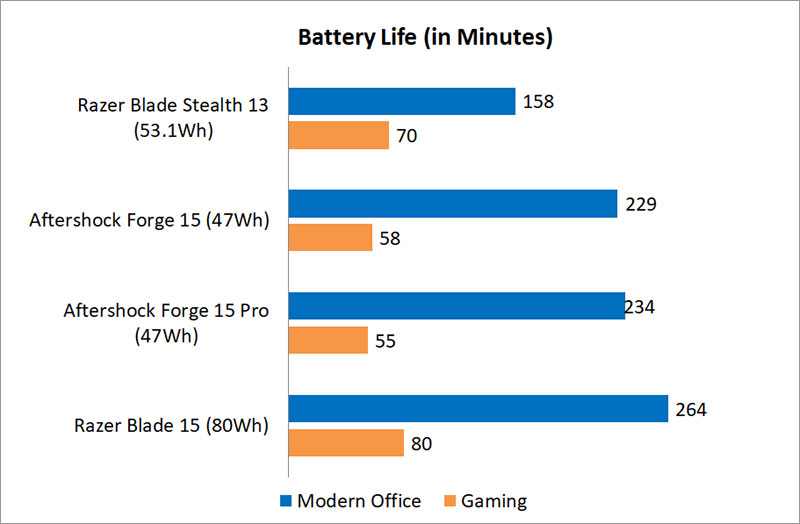 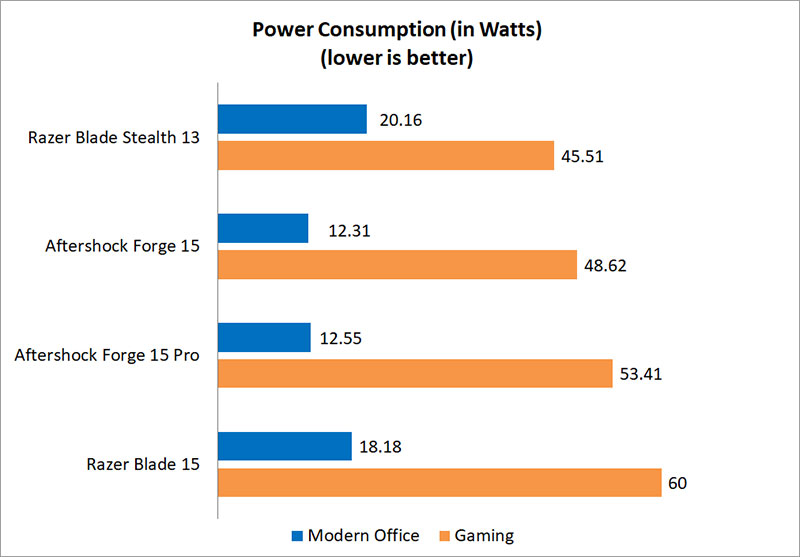 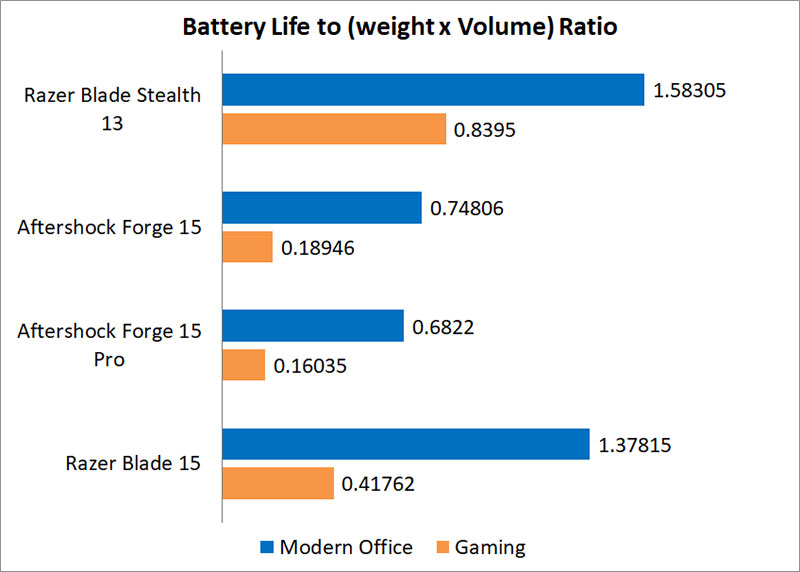 Cooling is an obvious concern when you stuff a discrete GPU into a laptop that's this small and thin, but the Blade Stealth 13 does pretty okay in this area. The numbers you see here were obtained with fan speeds set to automatic in Synapse 3, but setting it to maximum pushes the CPU and GPU temperatures down to just 64°C and 67°C respectively, a rather significant decrease. And even at max speed, the twin cooling fans are surprisingly quiet. They are still audible, but they're among the quietest fans I've encountered on a gaming laptop.

The palm rests get warm but never excessively hot, and most of the heat appears to be concentrated in the area above the keyboard. 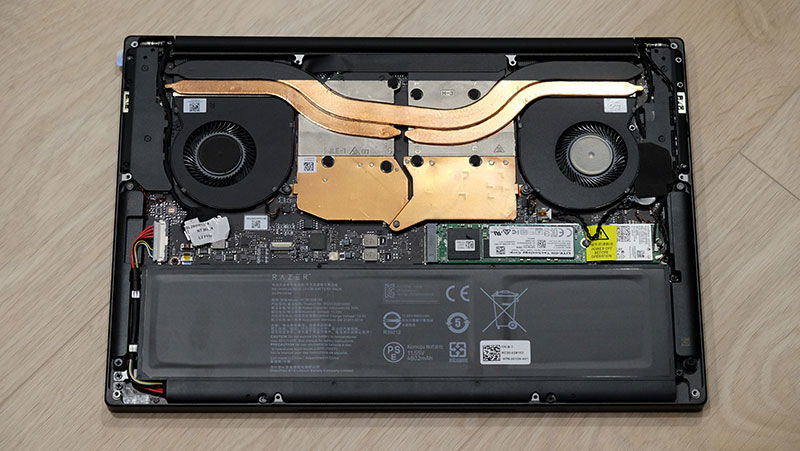 The Blade Stealth 13 is cooled by three heat pipes, including a dedicated heat pipe each for the CPU and GPU. The third heat pipe is shared between both processor and graphics chip. 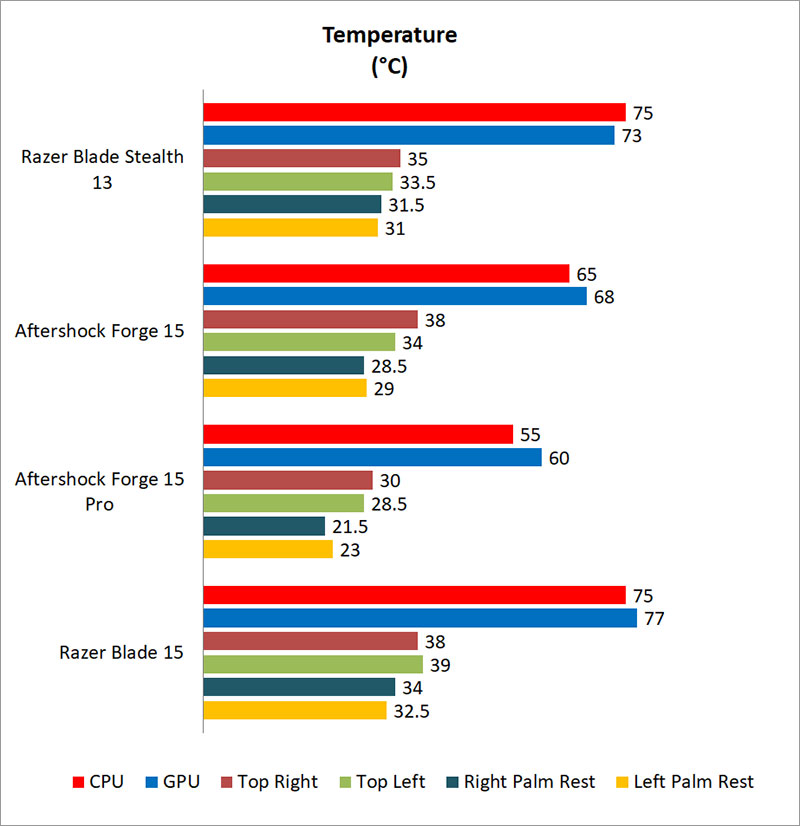