We measured the external temperatures of the four quadrants of the notebook after looping the 3DMark Fire Strike stress test for 15 minutes. This amount of time is more than enough to get an idea of your average maximum running temperature for this workload.

Despite its small size, the Blade fared quite well in our temperature tests. CPU and GPU temperatures were right in the middle of the pack, so clearly its two bottom-mounted fans are putting in some work (as evinced by the noise they produce). That said, the temperatures on the left and right palm rest were slightly higher than the competition, which is probably to be expected, but we can say that they did not get excessively warm in our time with the laptop. 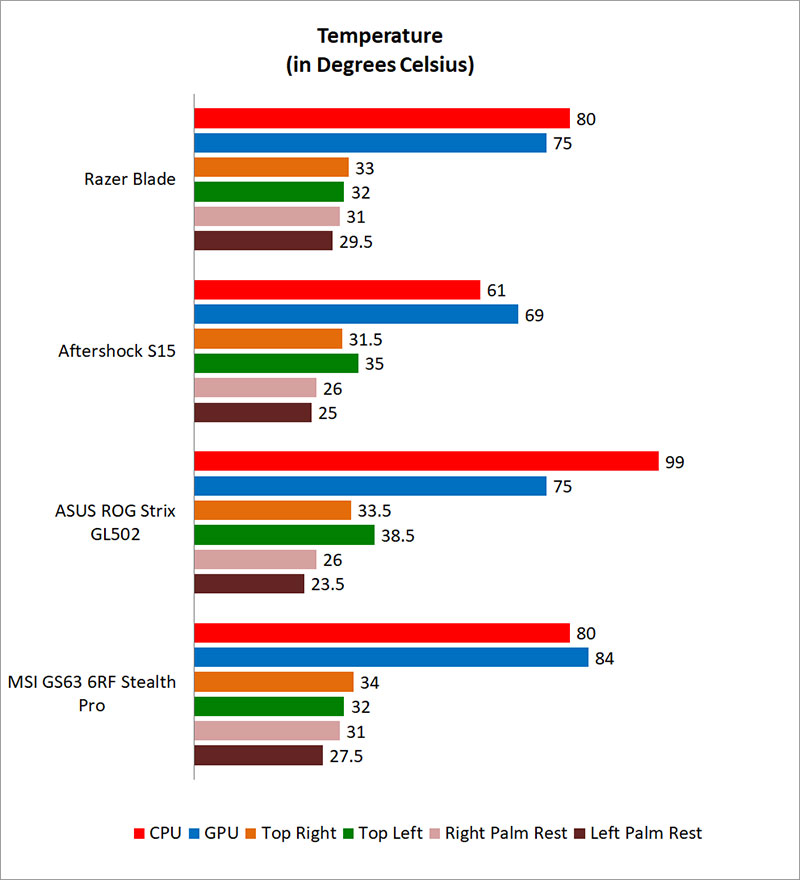 The Razer Blade did respectably well in our battery life tests, coming in with the longest time of 4 hours and 19 minutes with the keyboard backlight off. In comparison, none of the other notebooks made it past the 200-minute mark. Razer managed to cram a good-sized 70Wh battery on board, and it’s paying off. However there are a few more reasons why the Razer Blade is looking good in this comparison.

First, take note that while the competitors we've put together use 15.6-inch screens, the Razer Blade is the only one that sports a 14-inch screen. Frankly speaking, there aren't many other 14-inch gaming-grade laptops to compare with and a smaller screen contributes to a much lower power consumption. Secondly, the Razer Blade is using a 7th generation Intel Core processor while the rest are still on the 6th generation models. The combination of a smaller screen and a new processor bring about a good deal of power savings as can be witnessed in the second graph below. Unsurprisingly, this translated into the strong battery life result that bodes well for the Blade as a portable machine. After all, it’d be a huge bummer for such a svelte notebook to have terrible battery life that chains you to your desk. 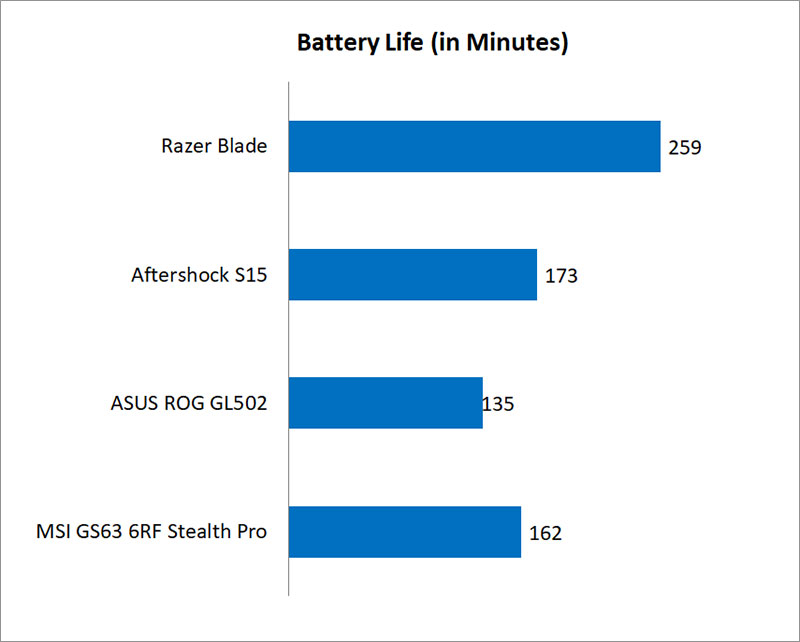 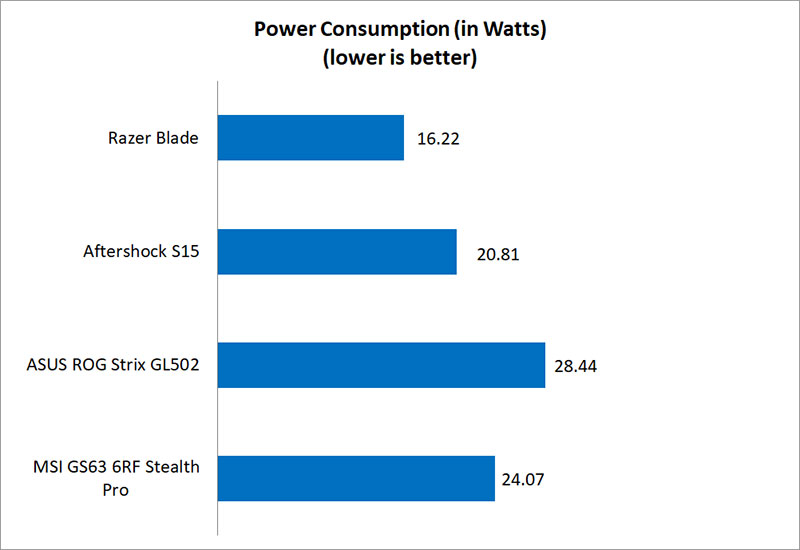 As the smallest notebook and the one with the longest lasting battery, it’s no surprised that the Razer Blade sailed to the top of the portability index. We thought the MSI GS63VR 6RF Stealth Pro did well when we first reviewed it, but the Blade absolutely takes the cake here. However, we have to stress again that these results should be taken in the right context. For a notebook with more real estate, the MSI GS63VR 6RF is definitely still king of the hill for portability. The Razer Blade with its smaller 14-inch screen automatically leaps ahead of all the comparisons we've put together and that's no surprise.

Portability isn't something you usually think about when getting a gaming notebook, but as recent trends have shown, it’s something that both companies and consumers want, and the Blade executes this intention beautifully if this is high on your gaming notebook wish list. 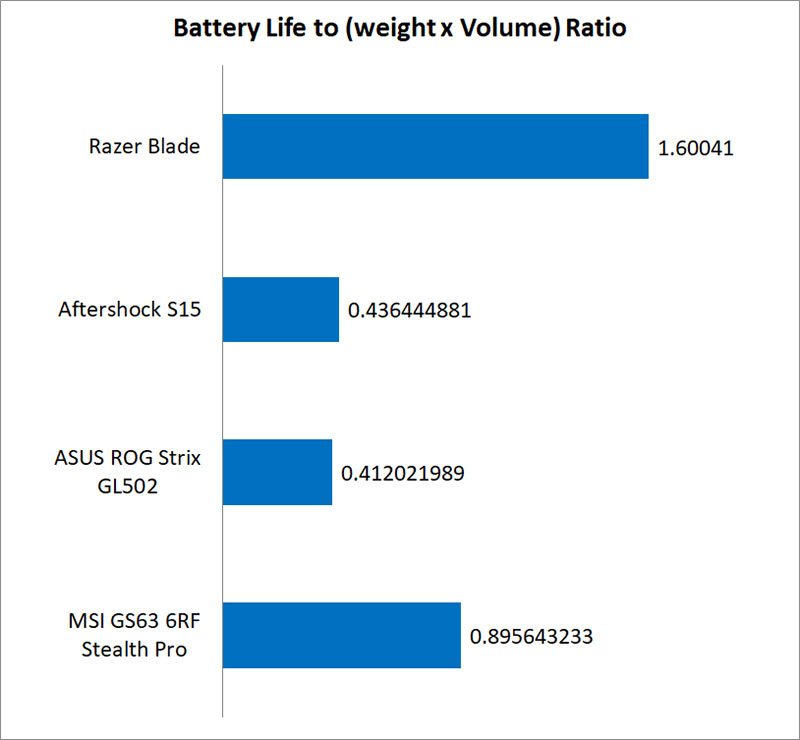