The Gigabyte Aero 15X (Core i7-7700HQ) and Aftershock PRIME-15 were chosen because they share very similar specifications with the Razer Blade. With the exception of the processor, the notebooks are equipped with the same GPU and memory configuration, so this comparison should clearly highlight the performance boost you're getting from the new 8th-generation hexa-core chip.

It was a mere 2 per cent faster than the Aftershock PRIME-15 and its 7th-generation Core i7-7700HQ chip, and a look at the score breakdown even shows it lagging behind in the Productivity tests. The greatest performance advantage manifested in the Gaming benchmarks, where the Razer Blade gained just under a 9 per cent lead over the Aftershock PRIME-15. 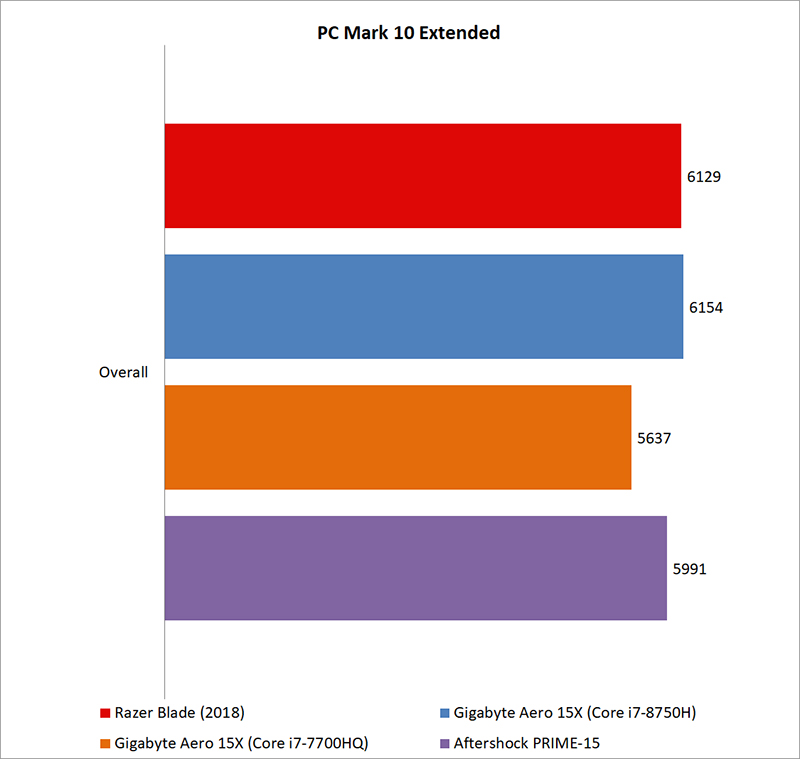 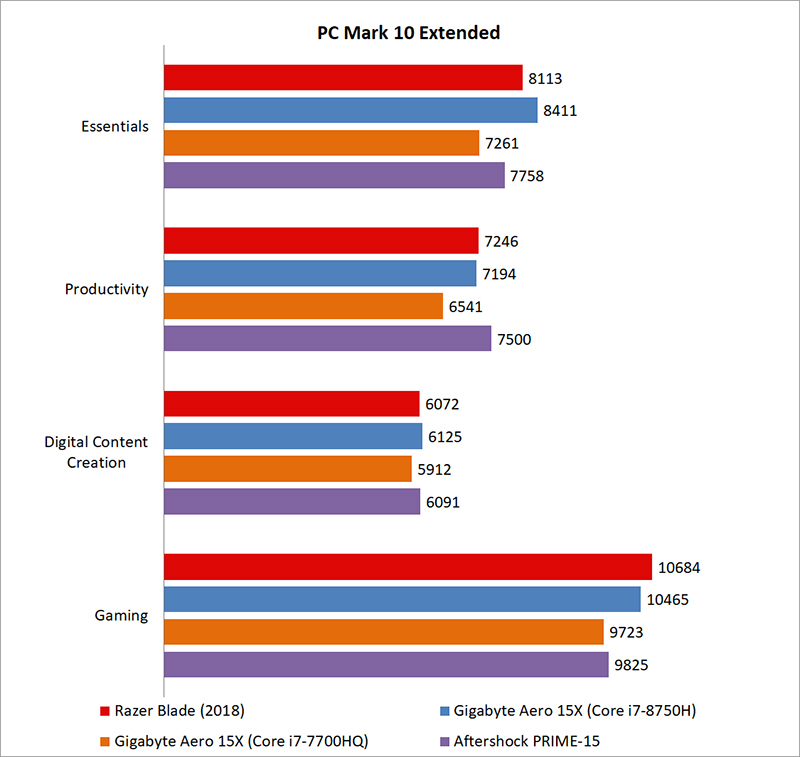 The Razer Blade was roughly 8 per cent quicker than the notebooks equipped with the 7th-generation Intel processors across the board. That's a modest improvement, although not one that would necessarily justify an upgrade from a 7th-generation processor. 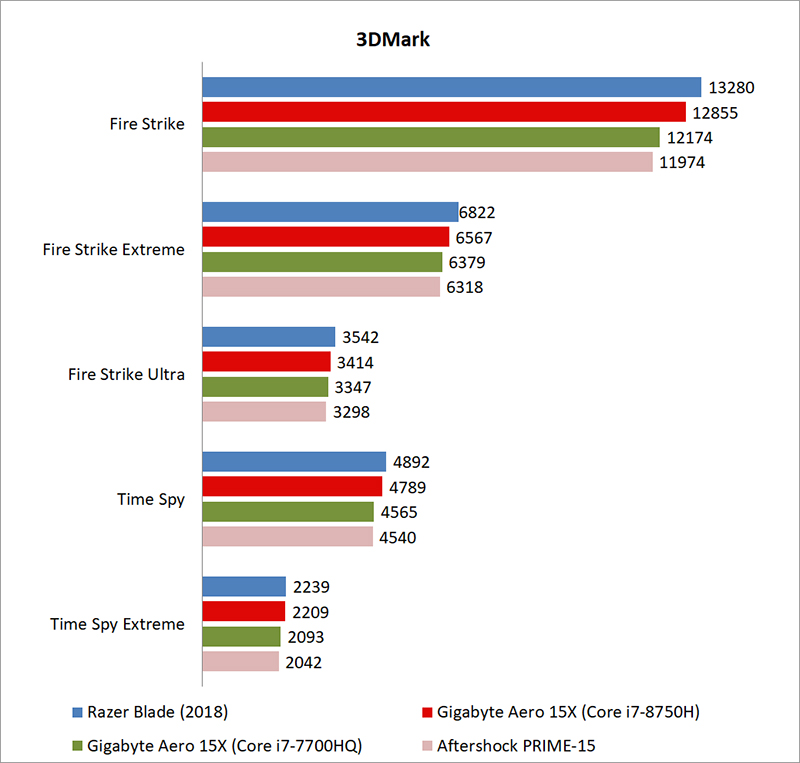 The way things look, VRMark still places a greater emphasis on higher single-core clock speeds and isn't quite able to fully utilize hexa-core Core i7-8750H. The latter has a 2.2GHz base clock and maximum turbo frequency of 4.1GHz, compared to the 2.8GHz base clock and 3.8GHz boost clock of the Core i7-7700HQ.

While the 8th-generation Coffee Lake processor has a higher turbo boost frequency, it seems like that couldn't make up for the considerably lower base clock.

While the Razer Blade still passed the test handily, it was still around 17 per cent slower than last year's Gigabyte Aero 15X. 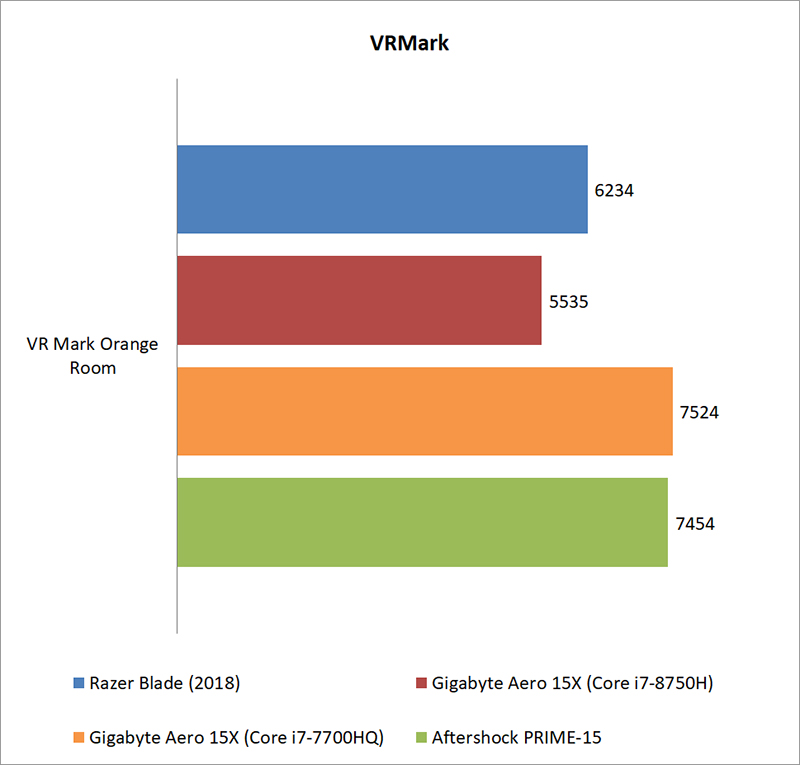 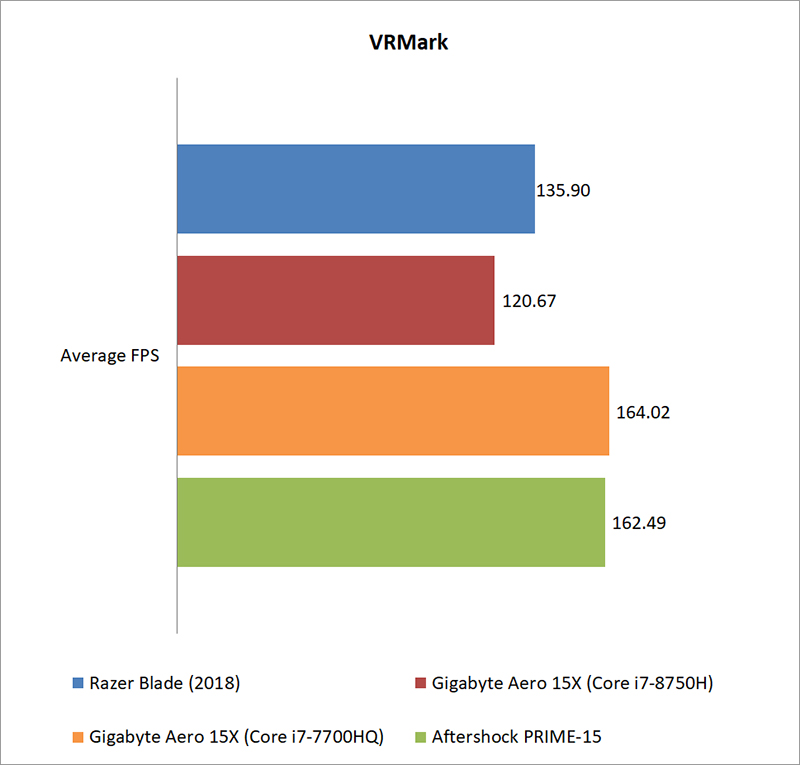 The hexa-core processor on the Razer Blade didn't help it here, and performance was virtually indistinguishable from the notebooks with the 7th-generation quad-core chips. 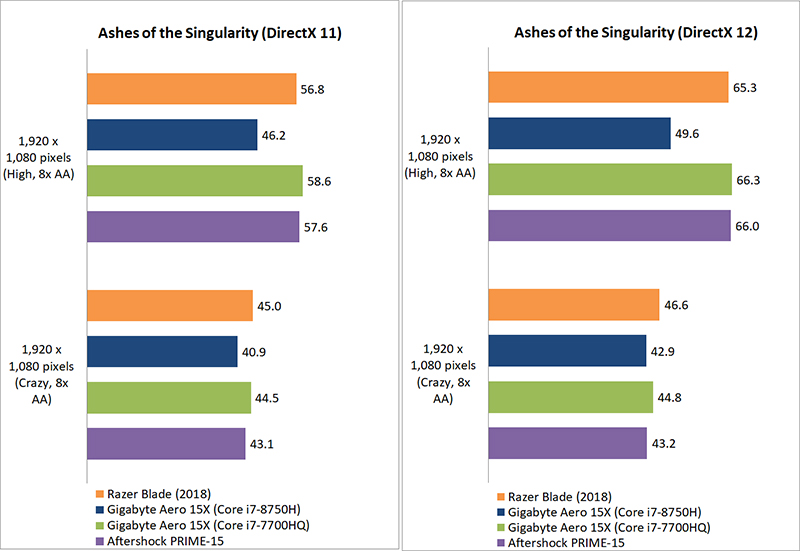 Mankind Divided is one of the most demanding titles to run today, but the Razer Blade is more than capable of delivering a playable experience.

That said, the 8th-generation chip nets you only slightly better performance than its 7th-generation counterpart. In fact, the Razer Blade was a mere 3 per cent faster than the Aftershock PRIME-15 at High settings.

The performance jump was similarly minuscule here, and the Razer Blade was just 2.5 per cent faster than the Core i7-7700HQ-equipped Gigabyte Aero 15X. 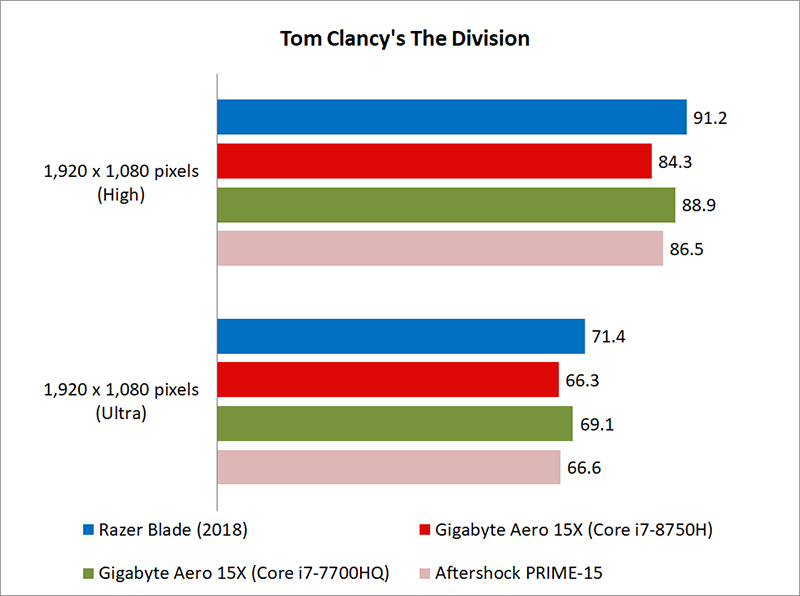