I've chosen to compare the Blade 15 against the other GeForce RTX 2070 Max-Q laptops we've reviewed so far to give you an idea of how it stacks up against the immediate competition.

As expected, performance in PCMark 10 was very similar for all the laptops. That said, there was still a 7 per cent difference between the Blade 15 and the Lenovo Legion Y740 in terms of overall scores, although I don't expect that this will amount to a tangible difference in real-world use. 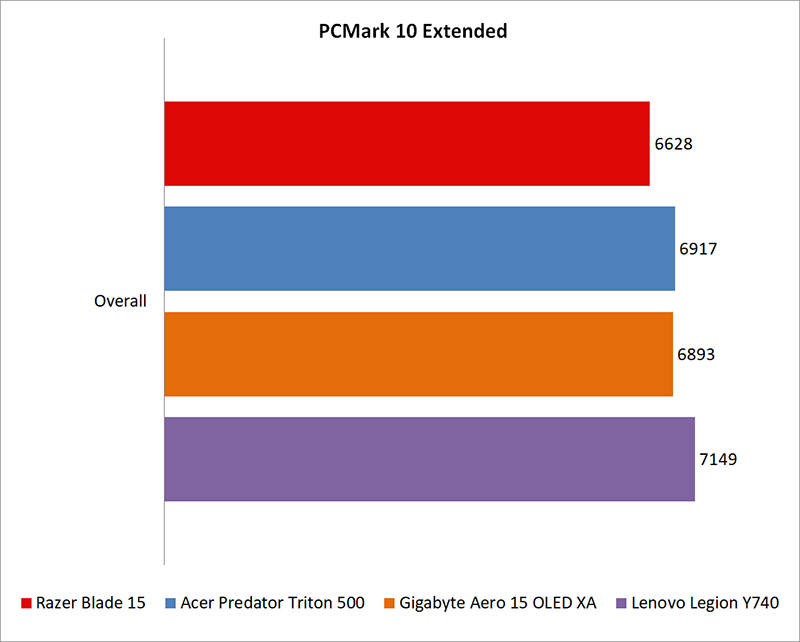 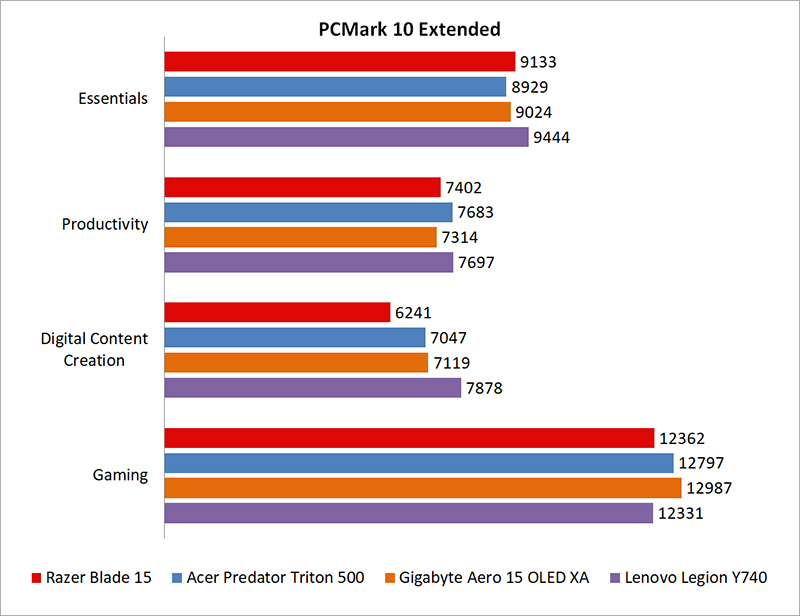 The Razer laptop fell somewhere in the middle of the pack in AS SSD for most of the benchmarks, although its sequential write performance could have been better. 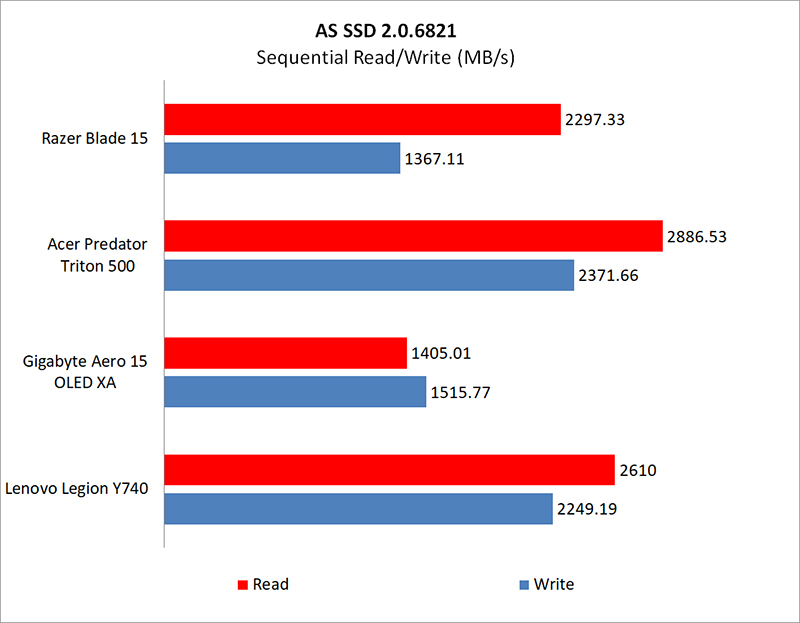 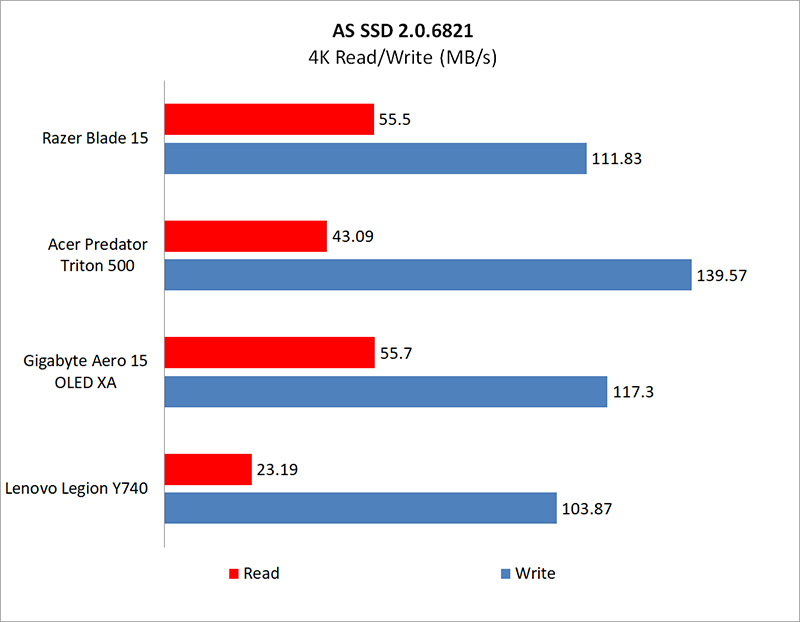 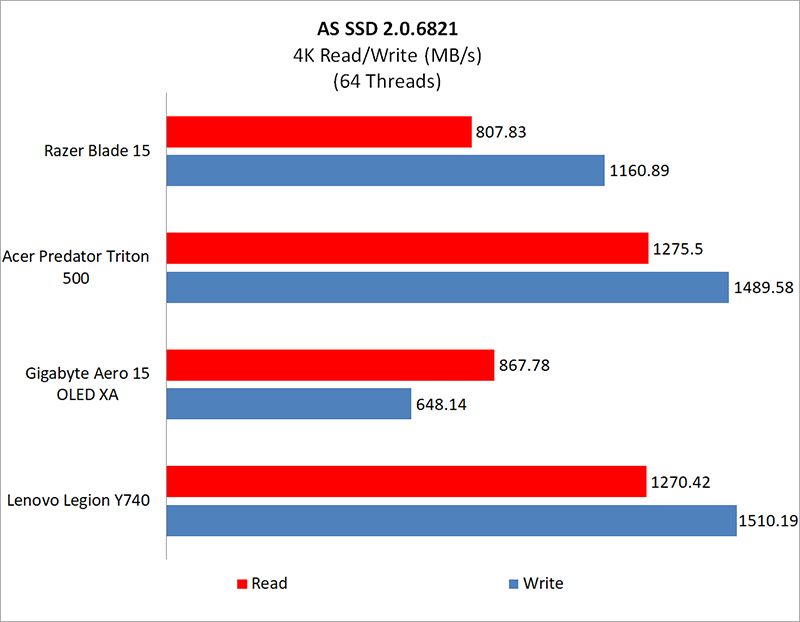 All the notebooks turned out very similar numbers again since they sport nearly identical configurations, so no one laptop really has a significant advantage. That said, the Blade 15 held its own against the competition, and I don't think you'll experience any performance issues with the laptop. Put simply, gaming performance is excellent. It'll run just about any AAA game at 1080p, although coming close to 240fps is another matter entirely. 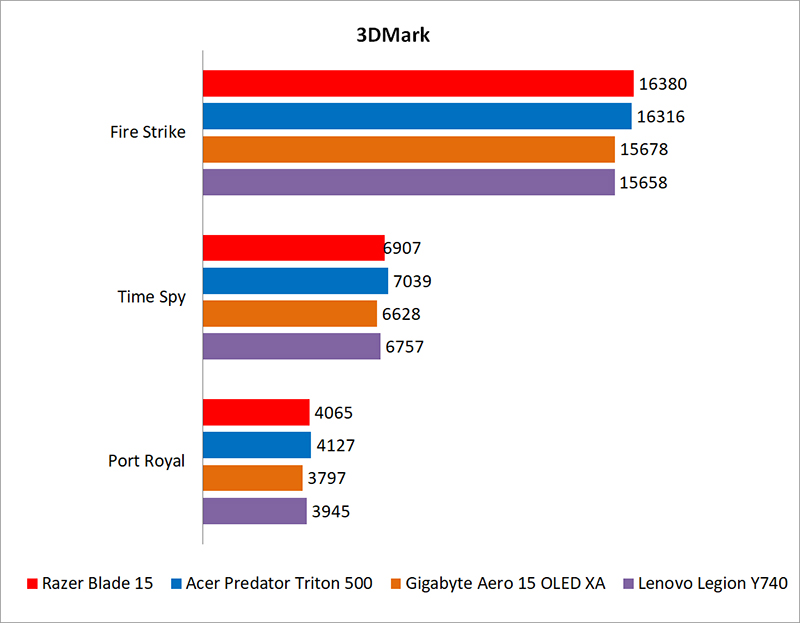 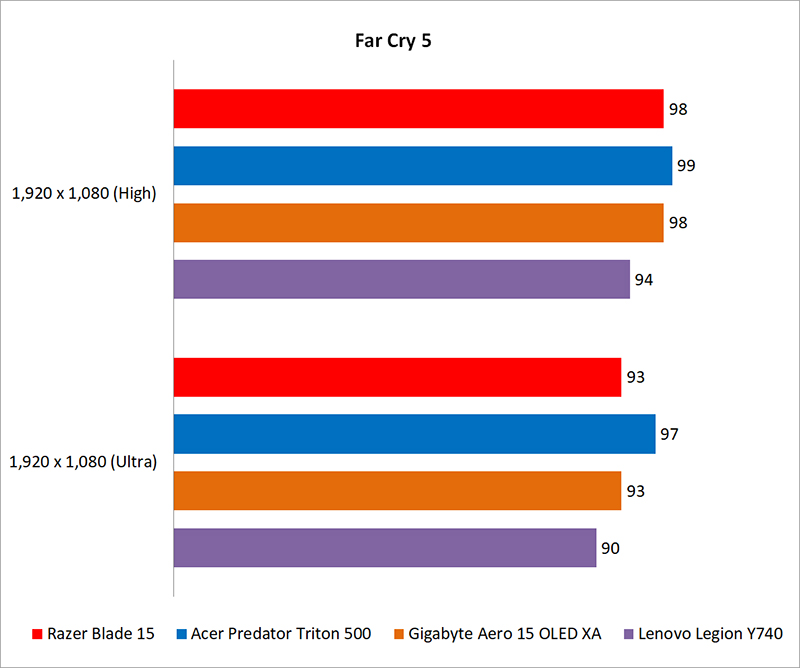 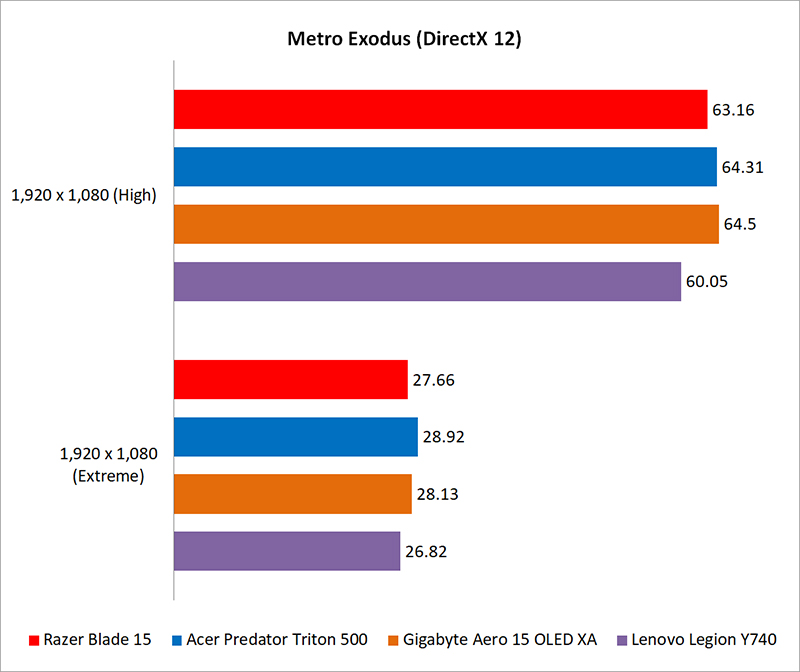 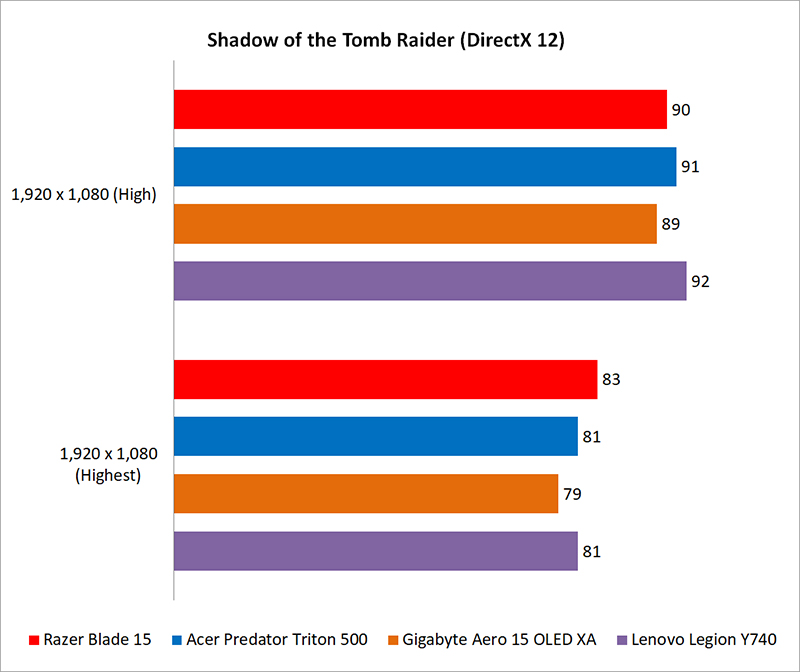 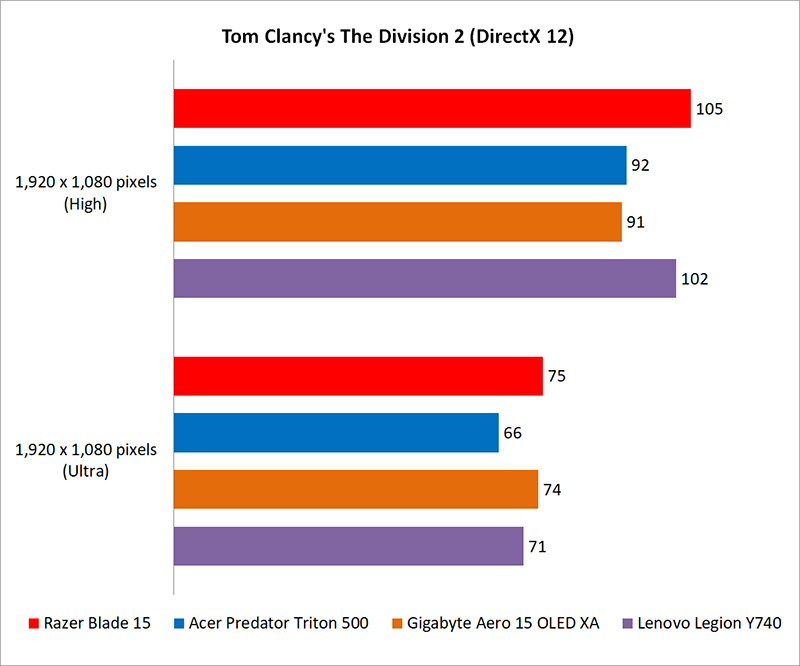