What should I know? 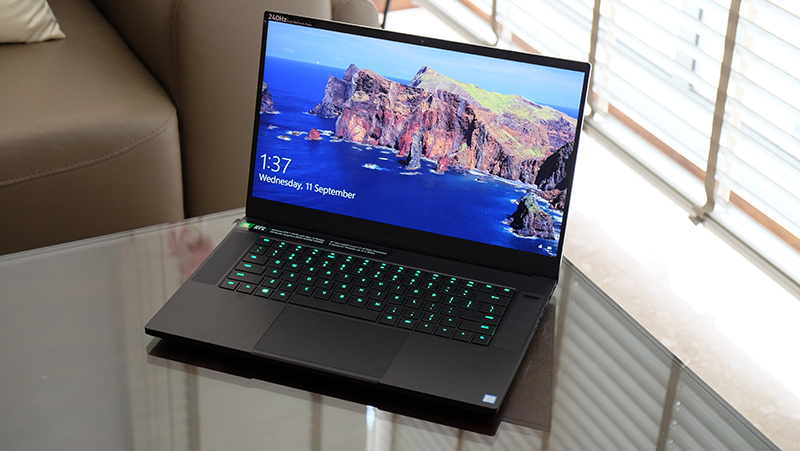 The Razer Blade 15 is simply unparalleled when it comes to design. I think the ASUS ROG Zephyrus S GX502 could give it a run for its money, but the Blade 15's jet black aluminium body and its more subtle aesthetic is hard to ignore.

One of the things I like about the Razer Blade is how efficient the design is. Unlike on other laptops, you aren’t left staring at a patch of empty space and wondering if it could have been better utilised. The bezels are thin and yet the trackpad is blissfully large. The keyboard is also flanked by speakers that match it in height. The result is a well-balanced design that looks really elegant and sleek. In fact, all the elements of the laptop feel perfectly proportioned in relation to everything else, and I do think this is one of the best-looking gaming laptops available right now. 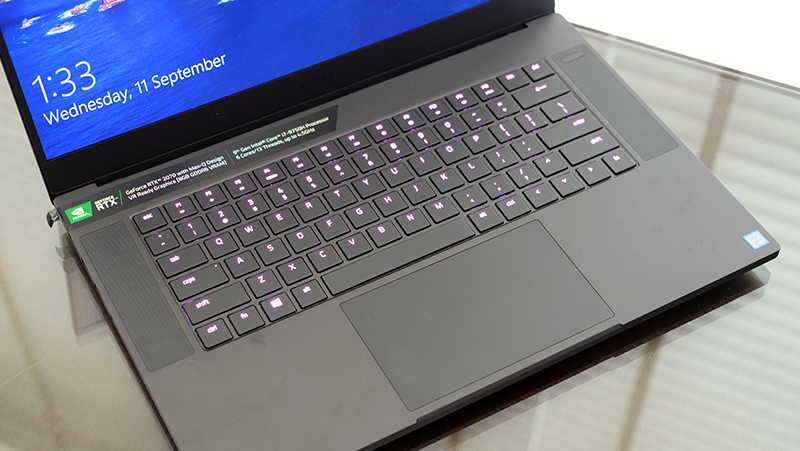 The trackpad is one of my favourite parts of the laptop. Its generous size means that you'll be able to navigate comfortably even without a mouse, a good thing too considering that the Blade 15's minimalist design means that you might even be considering it as a laptop for work. The base of your palm will inevitably brush up against the trackpad while typing, but the palm detection feature seems like it's doing its job as I never encountered any unwanted inputs. The left- and right buttons are integrated into the trackpad as well, so the entire thing looks really clean.

The quality of the RGB backlighting is top-notch too. Many gaming laptops offer per-key customisations like the Blade 15, but the lighting is either too dim to be properly visible under bright lighting, or they suffer from uneven lighting around the secondary legends. The Blade 15 has none of these problems, and the backlighting is bright and highly customisable.

Key travel does feel shallow, but that's the price you pay for a laptop as slim as this one. 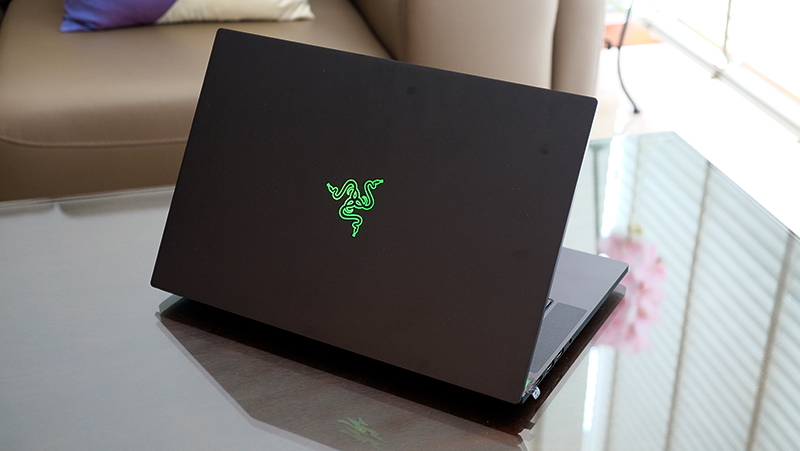 Then there's the display, which I find to be one of the better ones on a gaming laptop today. Short of the OLED screens offered by brands like Gigabyte, Alienware, and even Razer itself, the IPS offerings generally seem to be lacking in terms of brightness and colour vibrance. They're not terrible, but they're not particularly enjoyable to look at either. On the other hand, the Blade 15's IPS display is bright and vivid. It was pleasing to the eyes, and Razer is also claiming 100 per cent coverage of the sRGB colour space.

There's also an IR webcam in the top bezel, so you'll be able to take advantage of Windows Hello's facial recognition features. This isn't something that many gaming laptops have today either, and it's a thoughtful addition on Razer's part. 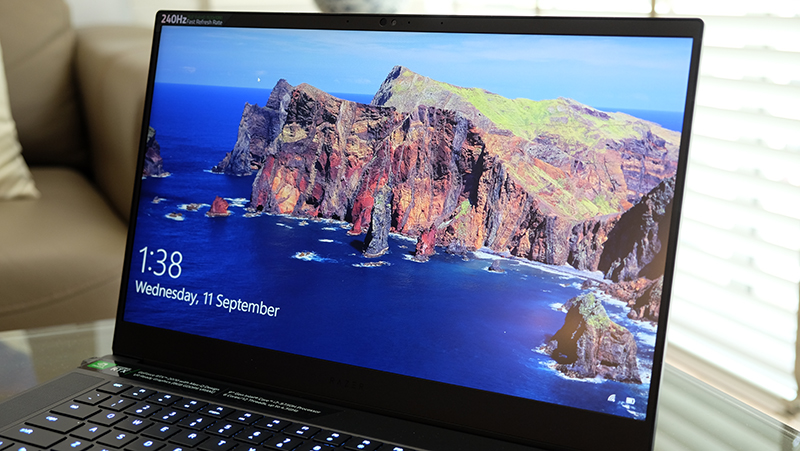 Separately, the screen also supports a 240Hz refresh rate. While the difference between 60Hz and 240Hz is like that between night and day, the difference between 144Hz and 240Hz is less obvious. The law of diminishing returns hits hard here, and you'll also have a hard time pushing out enough frames to take full advantage of the refresh rate with just a GeForce RTX 2070 Max-Q. It's a great feature to have on paper – it's just not super useful, especially when it probably is driving the price up by a fair bit. According to Razer's site, you could get the 144Hz screen version for over S$300 less. There's one caveat to this edition - it's basically the same version that was launched earlier this year with the Intel's 8th-gen processor, which we go into more detail later covering differences.

The front-facing speakers are good as well. They're loud and sound reasonably clear and punchy. Overall, they make for a pretty decent showing for laptop speakers.

The sides also aren't interrupted by any vents belching hot air on your hand. In total, you'll find three USB 3.2 (Gen 2, Type-A), one Thunderbolt 3, one mini DisplayPort 1.4, and a full-sized HDMI 2.0b output. The laptop uses a proprietary power connector located at the rear of the notebook's left side. The placement of the connector may seem like a minor detail, but I've encountered a number of laptops where the power connector is located awkwardly in the middle, sandwiched between vents and USB ports. Razer's design lets you easily route the power cable to the back of the laptop, which is quite helpful. 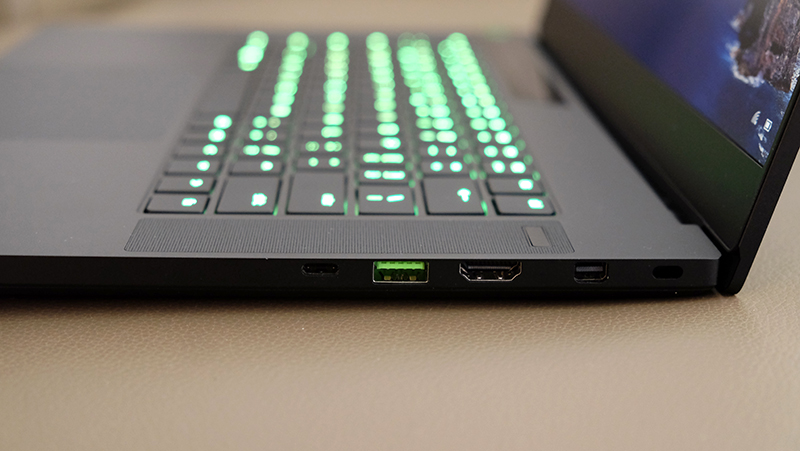 The Thunderbolt 3 port is a useful addition for connecting to external displays or docks, but you won't be able to charge the laptop with it. 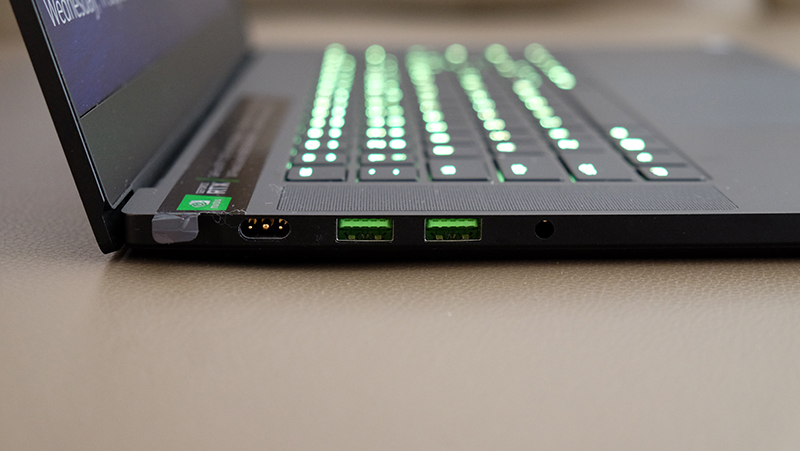 Has anything changed from the 8th Gen model? 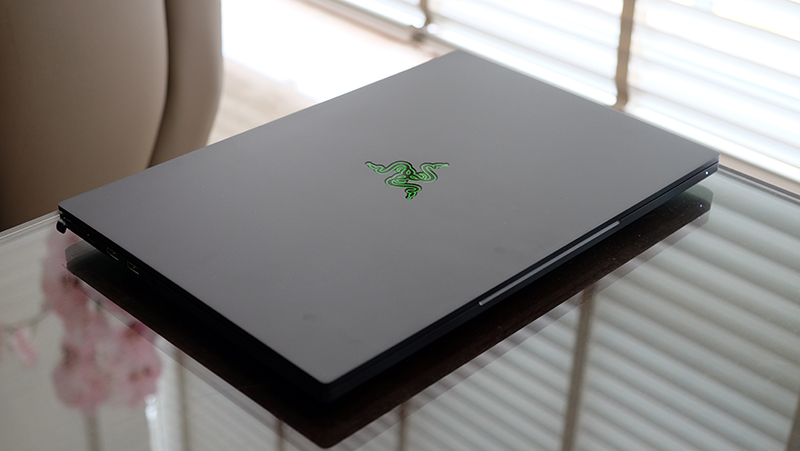 Actually, yes. The Razer Blade 15 with the 9th Gen Intel processors ships with a couple of small feature updates.

All three Type-A USB ports have been upgraded to support faster USB 3.2 (Gen 2) speeds, up from the previous generation's Gen 1 specification. In addition, Razer has swapped out the Intel Wireless-AC 9560 module on the 8th Gen model for the brand new Intel Wireless-AX200, which supports the latest Wi-Fi 6 standard. There still aren't many client devices that offer Wi-Fi 6, so this is a nice-to-have feature if you're worried about future-proofing.

My biggest sticking point with the Blade 15 is still the non-standard keyboard layout. Do you hit the right Shift key when you need to use a question mark? Then you'll find a bone to pick here as well. Instead of sitting next to the question mark, it lets the top arrow key come between it and the latter. It's not completely unusable, but it's sure to throw a wrench into the works at first while you try to get used to it. But if you frequently shuffle between a desktop and the Blade 15, then this is won't be easy to shake off. 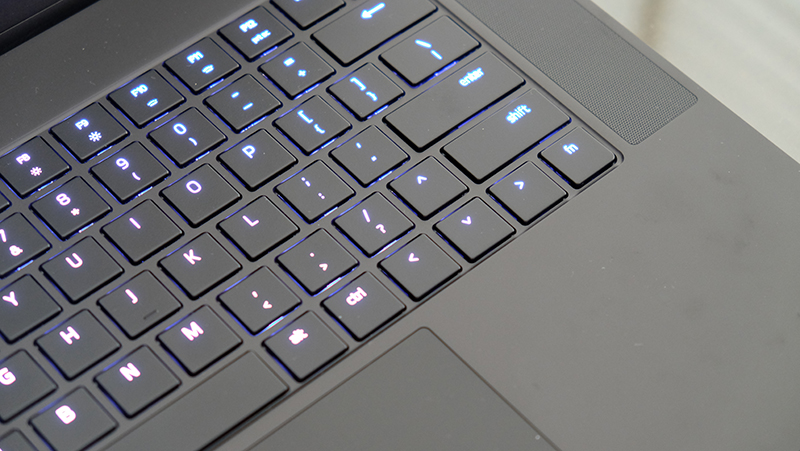 The Blade 15 also gets quite hot while gaming. Is the entire aluminium body just acting as a giant heat sink and soaking up the heat? I don't know, but I'd run this laptop with ample ventilation and cooling (perhaps a notebook cooler?) where possible. The Synapse 3 software does offer manual fan controls though, and turning up the fan speeds does help.

The fans are very audible, but they're tolerable. They only really ramp up when gaming, so you don't have to worry too much about excessive noise when browsing the web or working. Synapse also lets you choose between Balanced and Performance modes, with the latter having a more aggressive fan profile.