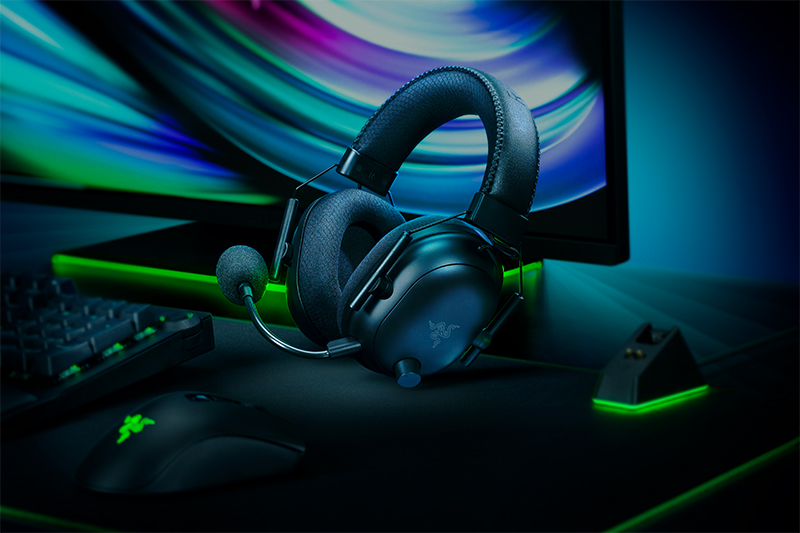 The wired BlackShark V2 was already one of the most comfortable gaming headsets I've tested, and now that the Pro version adds wireless freedom to the mix, Razer has quite the winner on its hands. The Pro model also sports a more classy, muted look. The bright green Razer logo and connecting cables on the BlackShark V2 have been replaced with a black triple-headed snake and black cables. I enjoy this new blacked-out aesthetic, which goes especially well with the aviator-style design. 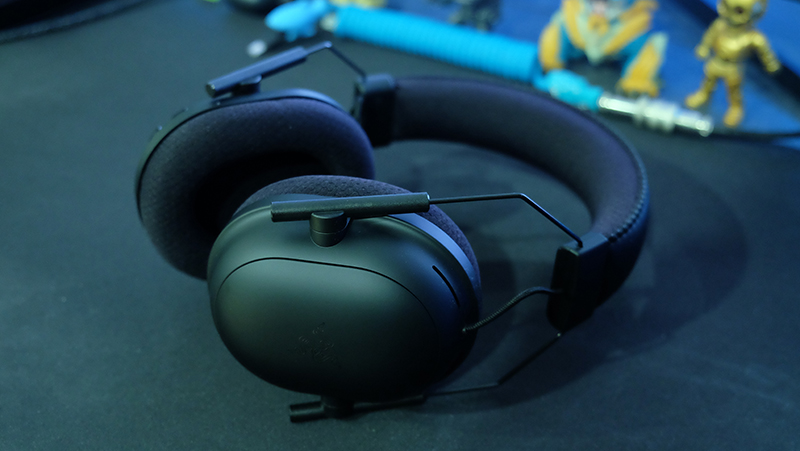 That aside, the design is nearly identical to that of its wired counterpart. The ear cups are still plastic, which may seem a bit disappointing for the price, but it plays a role in keeping the headset light. At 320g, the BlackShark V2 Pro doesn't weigh down on your head, and its plastic construction is sturdy enough so it doesn't feel cheap. However, the ear cups slide along two thin metal rails, as on the BlackShark V2. While the mechanism isn't flimsy, the lack of adjustment notches makes it difficult to set each ear cup to the same position.

The ear cups are covered by the same FlowKnit fabric, a breathable weave that helps keep you cool. I like the choice of this material over leatherette, which is more prone to trap heat and may peel over time. This is especially important because the ear cups on the BlackShark V2 Pro are not replaceable, so the last thing you want is to drop over a couple of hundred bucks on it and be stuck with peeling ear cups. The memory foam padding is ultra-plush and soft – it cradles your ears perfectly, and the padding on the headband does a really good job of ensuring you never feel it digging into your head. The BlackShark V2 Pro is the most comfortable gaming headset I've tried, and you'd be hard-pressed to find something that beats it in this department. 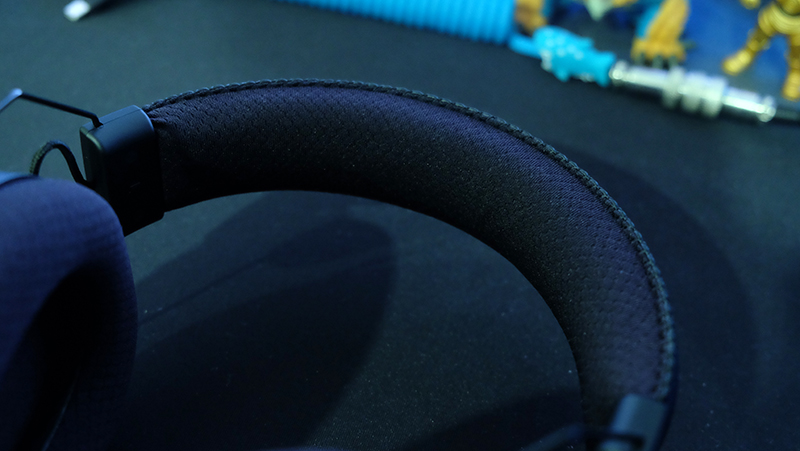 All the headset's controls are on the left ear cup, including a micro-USB port for charging, a 3.5mm headphone jack, microphone jack, microphone mute button and volume wheel. The volume wheel has a helpful notch at the halfway mark, so you immediately know when you're at 50% volume. The USB cable is a similar paracord-style cable that Razer uses for its mice. It is flexible with no annoying microphonics, but I'd really have liked to see USB-C used here instead.

The drivers are the same TriForce Titanium 50mm drivers, where the driver is divided into three distinct parts that allow for individual tuning of the highs, mids, and lows. Tuning the frequencies across the same section of the audio driver can lead to muddy sound, but Razer's approach helps separate them and offers greater clarity and richer audio. Razer says the titanium-coated diaphragms help further boost clarity and reduce distortion as well, and it has implemented thicker speaker cavities for clear mids and treble. 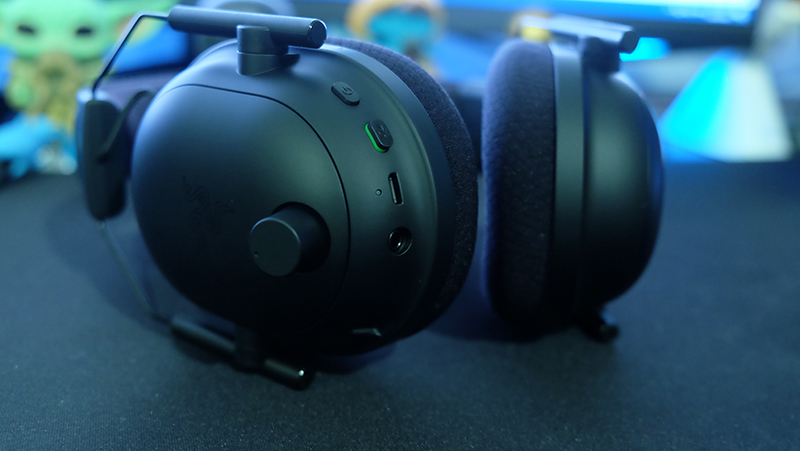 The one thing that has changed on the BlackShark V2 Pro is the addition of a speaker chamber that supposedly improves the balance between the left and right sides. According to Razer, it also allows for more fine-tuning of the volume and bass and more colourful sound.

Compared to the BlackShark V2, the Pro does indeed sound fuller. However, it requires some tweaking to the EQ settings in Synapse 3 to get the most out of it. Sound can sound a little lifeless out of the box, but dialing up the low end and mids, while turning down the highs, gets them sounding pretty great. The details in music shine through clearly, and the headset does especially well in tunes where the vocals are the most prominent. The BlackShark V2 Pro is capable of tight, thumping bass and rich vocals, making it quite a pleasure to listen to.

In games, Razer's THX Spatial Audio really shines. Special THX Game Profiles deliver custom-tuned profiles for specific games, but the list of supported games is still a bit limited at the moment, and even a popular title like Overwatch isn't supported yet. That said, games like Apex Legends, Valorant, Call of Duty: Modern Warfare, Destiny 2 and even Monster Hunter: World are on the list. 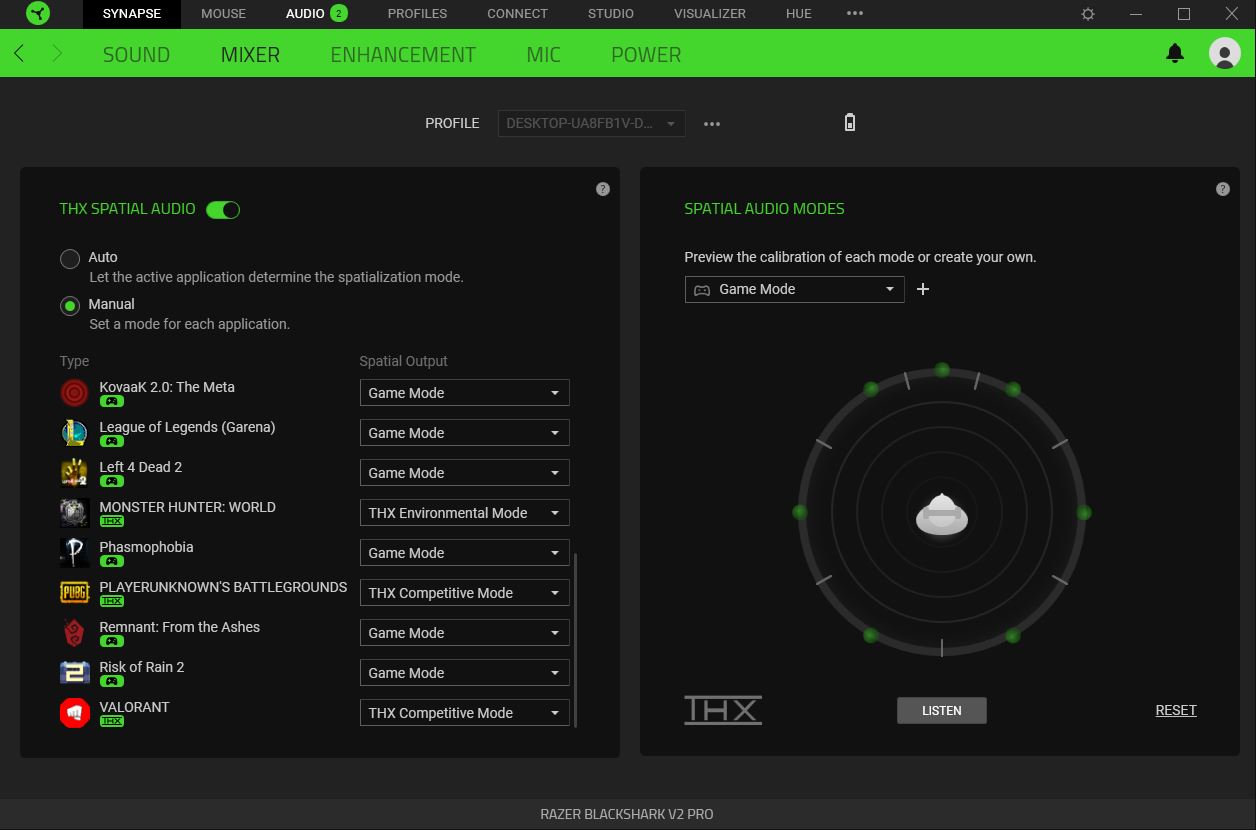 You'll be able to see which games are supported in Synapse 3 from the THX logo under each program, and certain titles will offer you a choice between THX Competitive and Environment Mode, or just one of them. Environment Mode basically focuses on immersion and realistically projects the sound around you based on each game's unique environment, while Competitive Mode is all about spatial awareness and accurate positional audio.

In Valorant, I was able to quite clearly distinguish the direction of gunfire and footsteps, and also the unique quality of footfalls on different surfaces in the game. While I generally prefer stereo sound for positional audio in games, the custom-tuned THX Game Profiles serve up a delicious amount of detail and immersion, with a decent edge in terms of directional clarity. I'd recommend taking advantage of these profiles if your game of choice is supported.

Wireless performance is excellent, with no lag or stuttering whatsoever. The wireless dongle is fairly compact too, and smaller than the one for the G Pro X Wireless. THX Spatial Audio is only supported on PC, as are the audio and microphone customisations, but the BlackShark V2 Pro will still work with consoles if you use the 3.5mm cable. 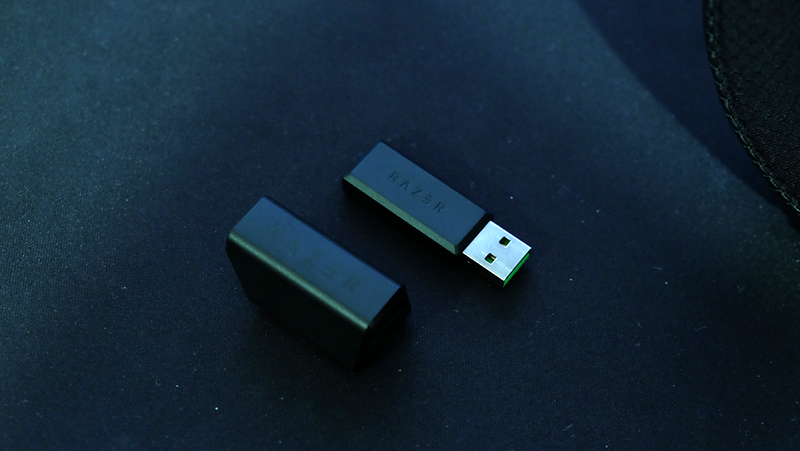 The HyperClear supercardioid microphone has been upgraded from the one on the BlackShark V2, and it basically sports a tighter pickup pattern that should pick up less ambient noise. A microphone icon on the front shows you which direction should face your mouth, in case you ever get mixed up. The mic still won't rival a standalone mic, but it works well enough for regular voice communications. It picked up my voice clearly and reliably, and you can tweak the mic equaliser settings and preview your voice to get it to your liking. I'd recommend doing this as well, since the default settings can make your voice sound a bit tiny.

You can get around 24 hours of battery on a single charge, which is roughly in line with what Razer is claiming. Oddly enough, Synapse 3 doesn't display a battery percentage reading, and you only get a tiny visual battery indicator that is so small, it's really hard to tell how much battery is left. However, the headset does have an indicator light that turns red at 30% battery and blinks at 10%. 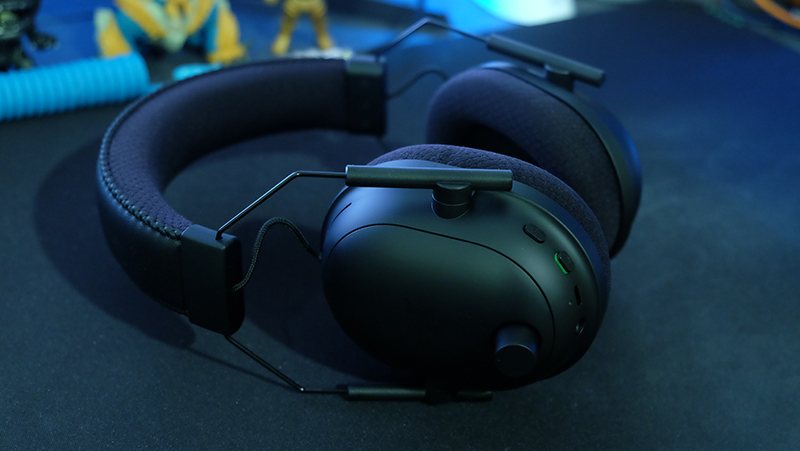 At S$269.90, the Razer BlackShark V2 Pro makes for a steep investment. However, it feels reasonably priced when set beside something like the Logitech G Pro X Wireless and JBL Quantum One, both of which cost over S$300. The Razer headset offers excellent positional audio accuracy and detail resolution, and it works well for both games and music, with a satisfying kick to the low end and clear, full-bodied mids.

It is the most well-rounded headset I've tested, with no major performance hitches – it is extremely comfortable and comes with excellent audio and a decent mic. Wireless performance is flawless too, and battery life should last you up to a week with moderate use. Top that off with a tasteful, all-black design, and Razer has made what may be one of the best gaming headsets of 2020.

That said, console functionality is limited. Get this only if you're playing mainly on PC.

Interested to purchase one? You can get the BlackShark V2 Pro from Razer's own e-store now. Alternatively, Razer has an official store on Shopee and Lazada too.