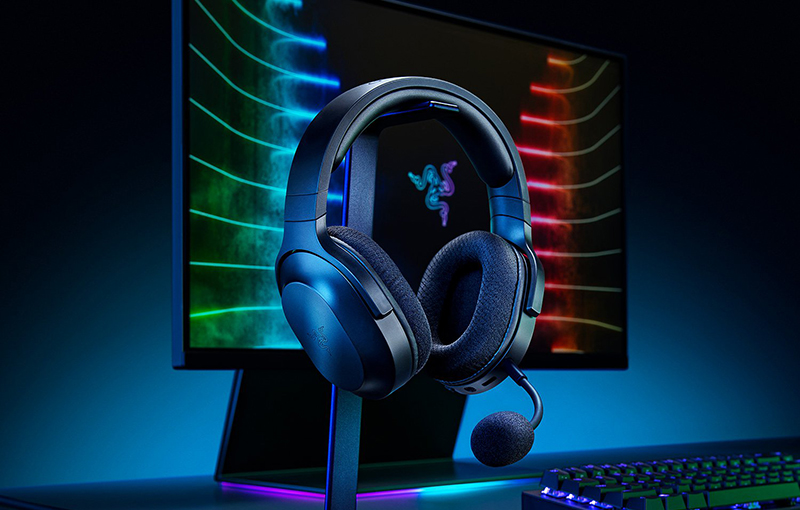 The new Razer Barracuda X bills itself as a wireless headset that does it all. It succeeds for the most part, albeit with some big caveats which I'll get to later, while also taking a step in a brand new direction for Razer. That's right, you heard right – the Barracuda X is a driverless headset (software-wise) that does not connect to Razer Synapse.

This is in keeping with the back-to-the-basics approach of its entire design. It doesn't waste time on any bells and whistles, preferring instead to focus on nailing down the essentials and its plug-and-play functionality. 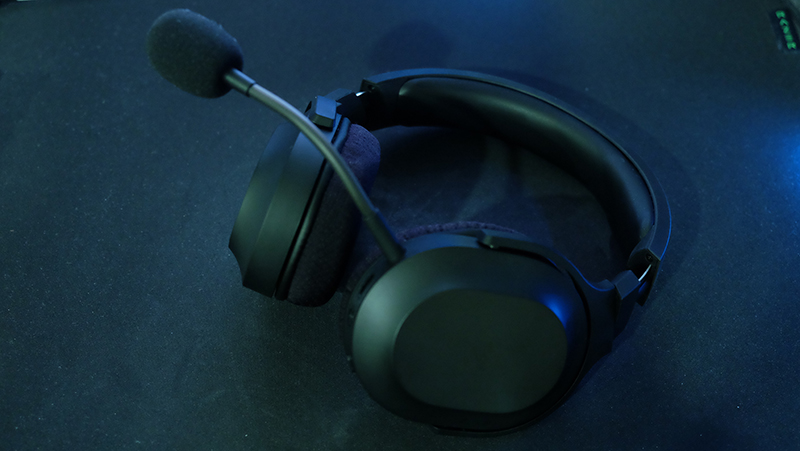 For starters, the Barracuda X looks a lot more like the noise-cancelling Razer Opus, which is less of a gaming headset and more of a prosumer model for entertainment on the go. It's devoid of any RGB lighting or Razer's signature green accents on the headset, and even the triple-headed snake logo is a muted black on the ear cups. The boom microphone can be removed too, for an even more discreet look when you're wearing them outside.

The headset is relatively light at 250g, and I'm able to wear it for long hours without any discomfort. It fits snugly with just the right amount of clamping force, and the fabric FlowKnit memory foam ear cushions are super plush. They're much more breathable and cooler than leatherette (like those used on the Creative SXFI Gamer), and will last far longer as well. The metal headband has a generous layer of cushioning too, but it'd have been nice to see the same FlowKnit fabric here instead of leatherette. 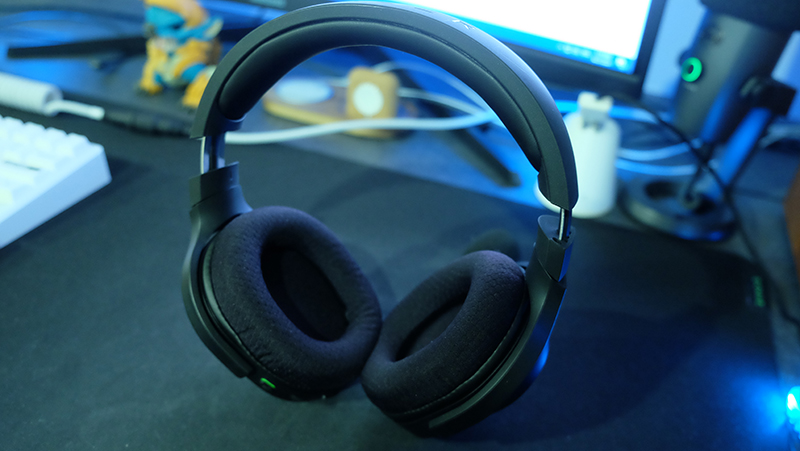 Both ear cups can swivel and lay completely flat, so you can slide the Barracuda X more easily into a backpack and take them out with you. The extra range of motion also means that the headset can fit a wider range of head shapes better for some added comfort. Build quality is good, and the metal headband provides sturdy, well-defined adjustment notches. 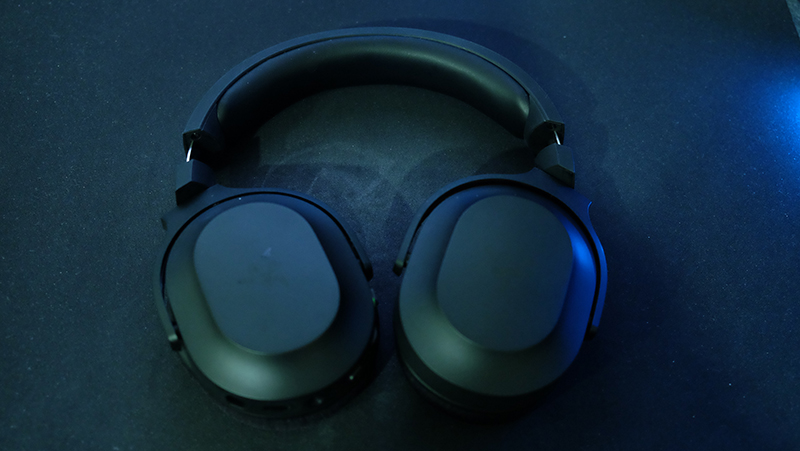 The 40mm TriForce drivers deliver great sound for the price. They are similar to the ones used on the BlackShark V2 headsets, where each driver is tuned to mimic the effect of three separate drivers. This allows for individual replications of high, mid and low audio frequencies, allowing for clearer separation without any muddiness. These cans pump out very enjoyable audio, with powerful bass that doesn't flood into the rest of the frequency range, full-bodied mids, and a tinkling treble that is never shrill.

The Barracuda X handles everything you throw at it, from music to the booming explosions of the Call of Duty franchise to video conferencing. There is support for THX Spatial Audio, but you'll have to pay an additional S$29.90 for access to the app and upgrade. The default soundstage on the headset is small and intimate, so don't expect ultra-immersive, all-encompassing audio while you're in-game. The good news is that positional accuracy is still solid, and I was able to clearly pick out the direction of footsteps and gunfire in CS:GO. 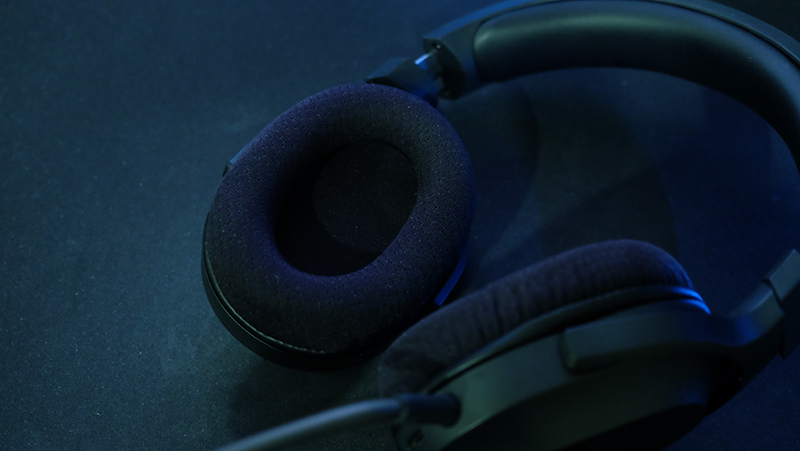 One downside is the lack of customisation. Without support for Razer Synapse, you can't tweak the sound profile to suit your preferences, nor the microphone. The cardioid microphone isn't the best however, and your voice can sound a little muffled.

The headset interfaces with your PC via a 2.4GHz wireless dongle. When plugged into the front of my computer, I didn't experience any lag or drop-offs in connection. Razer is claiming up to 20 hours of battery life, and the headset has lasted me through a week of sporadic use throughout the day. However, another negative of having no Synapse support is that there's no easy way to check the battery life. You'll have to rely on the LED indicator on the left ear cup flashing red to know when it's low. 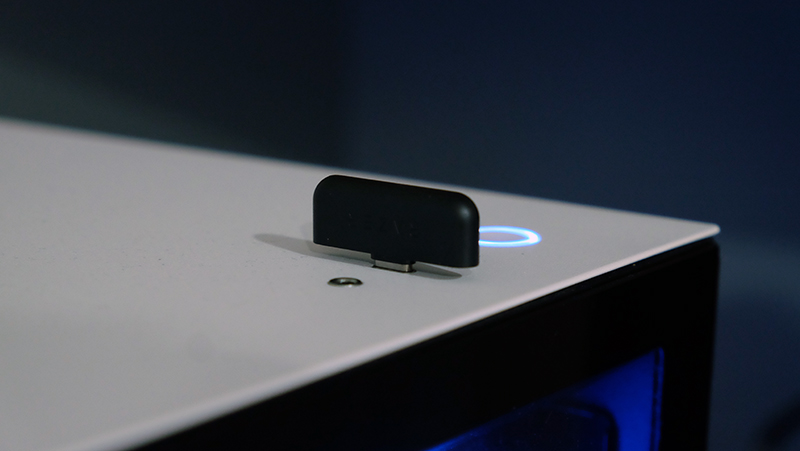 The Barracuda X ships with a 3.5mm cable that'll work with any audio jack, a USB-A to USB-C charging cable, and a USB-A and USB-C extender for systems without a USB-C port (or if you need the dongle closer to your headset).

On-headset controls include the power button, a ridged volume wheel, and a dedicated microphone mute button. The power button also doubles as playback control – press it once to play or pause, double press to skip to the next track, and triple press to go back. That's especially useful if you're on the move, so you don't have to take your device out to change tracks. 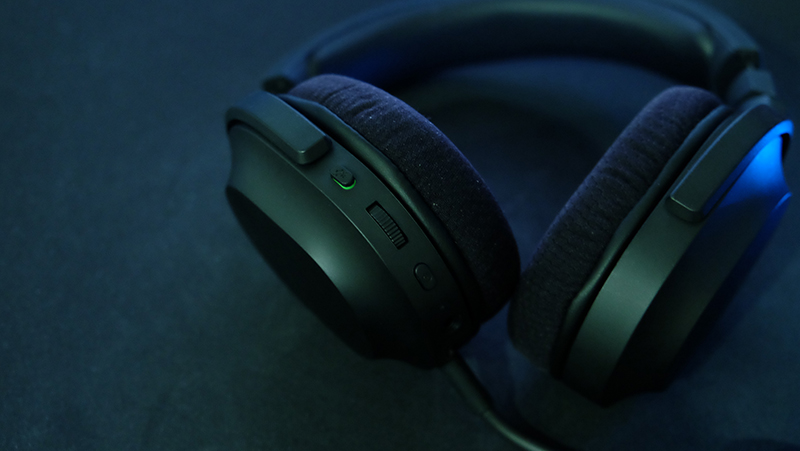 But while Razer says this is a headset that "plays them all", that really isn't quite the case here. It works with PC, PlayStation, Nintendo Switch, and Android devices. But it lacks Bluetooth support and doesn't work with Xbox Wireless controller, so that's a bit of a bummer. This also means you can't connect with your phone wirelessly and unless it has 3.5mm audio jack (which is fast becoming a scarcity on new high-end phones), you're out of luck. 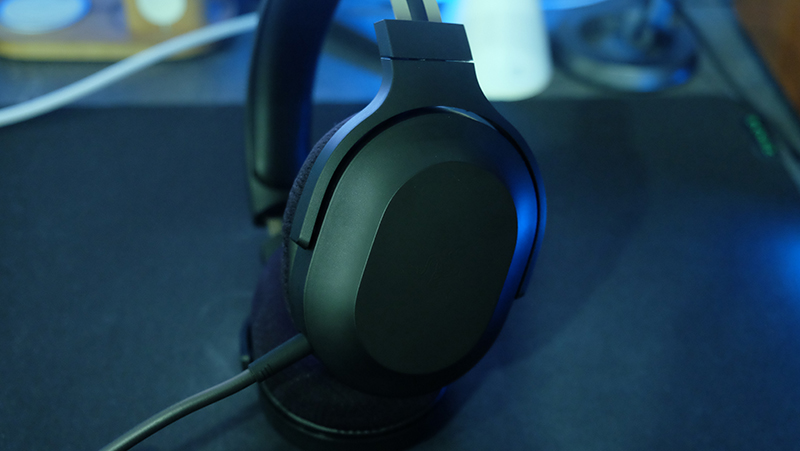 The Barracuda X is a great headset for the price. Its plug-and-play wireless functionality (over a proprietary Wi-Fi adaptor) is a change for Razer, but it fits in well with the no-frills approach of the headset. You don't have to waste time fiddling with anything, and it just works. While it's missing Bluetooth connectivity or Xbox Wireless, it's still compatible with a wide range of other platforms, which is a lot of headset for the amount of money it's asking for.

At the end of the day, it's gotten most of the fundaments right. You can wear it comfortably for long hours, it sounds great for both games and music, and it folds up really neatly into your bag. For just S$154.90, there's a lot to like. Just be sure to run through the connectivity and platform support options you need to ensure this is the headset you need.

If you're ready to pick one up, you can do so online at the Razer Shopee Mall, Razer Lazada Flagship Store or on Razer's own e-store

Write a Review
Compare This | Specifications
Super comfortable to wear
Solid audio quality with good positional accuracy
Plug-and-play compatibility across multiple platforms
Folds away neatly into your backpack
Professional look
Reasonably priced
No support for Bluetooth; not mobile-device friendly
No Xbox Wireless support
Doesn't work with Razer Synapse; no EQ adjustments or easy battery level check
THX Spatial Audio is a paid upgrade
Microphone isn't the best
Our articles may contain affiliate links. If you buy through these links, we may earn a small commission.
Sponsored Links