QNAP TS-459 Pro II - If You Want Storage Potential, This Box Has It

If You Want Storage Potential, This Box Has It. 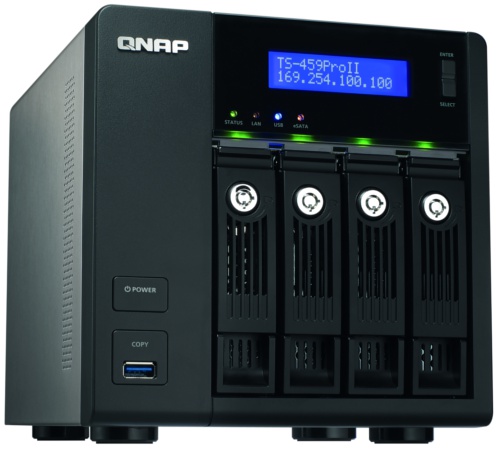 Network storage boxes are pretty much straightforward by design when it comes to how much storage you can squeeze in. Three-bay devices mean you can have up to three disks installed, while four bays accommodate four drives, and so on, obviously.

With the QNAP TS-459 Pro II however, things aren’t all that straightforward, simply because it features a couple of extra ports that let you hook up not just devices like IP cameras and printers, but also additional storage in the form of external drives. The TS-459 Pro II in fact comes with a pair of USB 3.0 ports, four of the vanilla USB 2.0 kind, and another pair of eSATA ports, for a grand total of eight. And if you have the extra spare change, the TS-459 Pro II also supports the latest 6Gbps SATA standard, so you can throw in some solid state drives for a blisteringly quick NAS (though that wouldn’t give you the best bang for your buck).

Powered by a dual-core Intel Atom processor running at 1.8GHz, the TS-459 Pro II comes with 1GB of memory as standard, with an additional SODIMM slot enabling users to upgrade the NAS with a 2GB module, for a maximum of 3GB. RAM is cheap these days, so there’s no reason to skip this step and give your NAS more breathing room to run. Network connectivity on the other hand is handled by a pair of gigabit ethernet jacks (which do support load-balancing), while you can also opt to go the wireless route with an optional 802.11n/g USB adapter.

QNAP’s MyCloudNAS feature is implemented in their latest firmware, letting you utilize the TS-459 Pro II as your own personal cloud, serving up multimedia, web and FTP services over the internet for when you’re mobile. And if backing up the data on your NAS is a concern, the TS-459 Pro II supports Amazon S3 and ElephantDrive online backup services, with the ability to restore your NAS data from the cloud when necessary.

Speed-wise, this isn’t likely one of the faster network storage boxes we’ve seen yet, but in terms of adding storage capacity, whether via USB 3.0 or eSATA, the TS-459 Pro II certainly has the cat in the bag. And if you’re in the business of data, having all that extra storage potential can come in handy while you’re waiting on your IT department to approve the purchase of a NAS with even more drive bays. 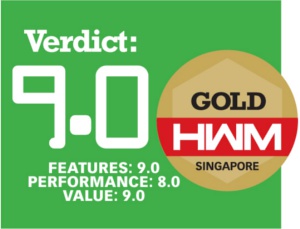