More Than Just A Box Of Hard Drives. 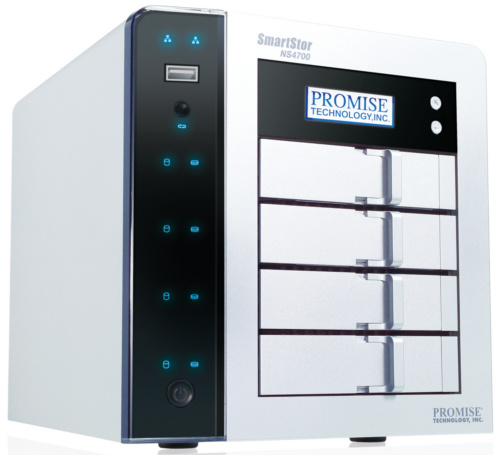 Whether hosting your own website from your broadband connection, or building your very own "cloud" run out of a box hidden deep in the depths of your study, Promise would like that you’d consider their SmartStor NS4700, a networked storage box that accepts up to four hard drives.

Hardware-wise, the NS4700 sports some pretty high-end bits and pieces, starting with the dual-core Intel Atom D525 processor clocked at 1.8GHz, as well as 1GB of DDR2 memory. Promise throws in a whopping five USB ports into the mix (four at the rear and one up front), though all conform to the USB 2.0 spec. We’d like to see at least USB 3.0 when Promise decides to refresh this NAS down the road. A pair of Gigabit Ethernet ports is at the rear as well, configured out of the box for load-balancing (bonus points for convenience here). The four hard drives are accessible via drive racks which then slot into the chassis. Promise also designs the drives to be latched in place to prevent accidental removal. You get an LCD display up front which lets you do some minor configuration, as well as to view bits of information such as IP address and array health status. Lastly, a row of LEDs down the front side portion of the N4700 helps you see at a glance if the NAS is operating as it should.

Configuring the NS4700 is done through a web-based interface, with access to settings for functions like DLNA server, webserver and so on. And that’s where the NS4700 stumbles. The interface is simple, but setting up drive arrays, shares and permissions could be a bit more intuitive. The interface itself is also quite sluggish, with more time spent waiting for pages to load and clicks to register than actually doing any setup work.

We tested the NS4700 with the Intel NAS Performance Toolkit and a pair of 1TB Hitachi Deskstar hard drives configured in RAID 0. HD Video playback and record scored 73.2MB/s and 111.9MB/s respectively, while content creation and office productivity scored 6.9MB/s and 23.1MB/s each. File copies to and from the NS4700 averaged 110.1MB/s and 69.3MB/s respectively, while directory copies to and from averaged 11.1MB/s and 7.3MB/s respectively. In short, this NAS box is pretty darn fast (compare this to the results from Thecus N4100EVO and QNAP TS-459 Pro II for example)

Outwardly, the NS4700 exudes class while looking pretty good. That’s good. It performs smashingly well in terms of transfer speeds, at least in our tests. That’s also good. The web interface is really slow, and could use with some serious reworking to approach some semblance of user-friendliness. That’s not so good. Last but not least, the price tag is pretty competitive. That’s good. Overall, three hits, one pretty big miss. If you can look past the troublesome user interface, the NS4700 can do what it needs to do pretty well. Just bear in mind that if ever things need tweaking, you’ll end up spending some time doing so. 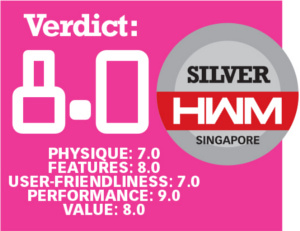