Instantly Change How You View Direct-Attached-Storage. 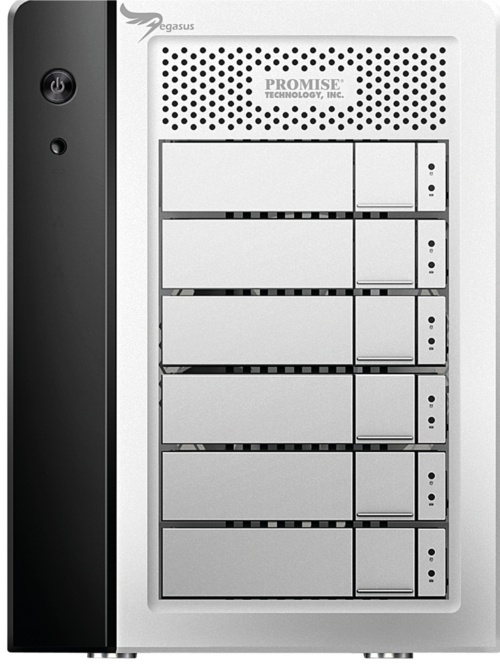 Transferring data to and from your external storage box can get a little tedious, particularly if you have a couple of tens of gigabytes to shift, and only USB2.0 (bog slow) or USB3.0 (still not much better) to look forward to. There’s light at the end of the tunnel though, in the form of Thunderbolt, a spanking new interface that promises dual-channel, bidirectional transfer rates of 10Gbps per direction (for more reading materials, check this link).

The Promise Pegasus is the only multi-drive DAS (direct attached storage) solution in retail today powered by Thunderbolt, with four-bay (R4) and six-bay (R6) options available. The only difference between both (aside from the number of drive bays), is the maximum sustained throughput, with the former topping out at around 500MB/s, while the latter can go over 800MB/s with the right gear.

With the right drives installed, the R6 can easily go over 800MB/s, and in some cases, reach 1GB/s in throughput, though the latter is only possible when using solid state hard drives in RAID 0; not exactly a very economical configuration to begin with. With regular hard drives, we recommend going with a full set of six right away, as you’ll see the best performance benefits then.

That’s some serious speed, which could come in great handy for media professionals looking for a way to overcome the space limitations of a SSD, as this allows users to have all their working files stored away from the main machine, yet be able to work on them as if they were stored locally, thanks to the incredible bandwidth offered.

The only problem is that Thunderbolt-equipped storage boxes are only readily available to Mac users, as no-one in the PC world has machines that come equipped with Thunderbolt ports until very recently. This should change from second-half of 2012, as it seems that Intel (who created Thunderbolt, which is also known as Light Peak), has begun licensing the technology to everyone else earlier this year, as Apple apparently managed to negotiate an early exclusive period. Meanwhile, some of the latest motherboards already started featuring Thunderbolt on-board (like ASUS and Gigabyte to name a few) or via an expansion card.

Still, if you are raring to go, the R6 will cost you a princely sum of S$2,029, but at least that price comes with a set of six 1TB 7200RPM hard drives. The Pegasus isn’t for everyone, we’ll admit, but it’s perfect for a select few who can really appreciate the performance boost that Thunderbolt can bring. 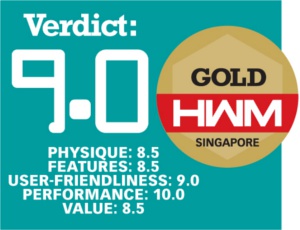