This Article first appeared in HWM May 2011.

Know What’s Happening Even When You’re On the Road 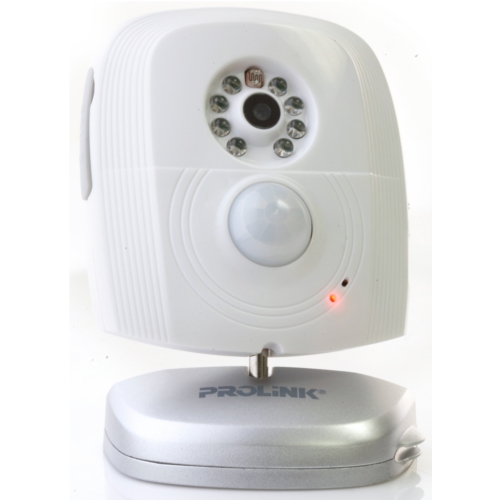 The new Prolink PHC105 is a surveillance camera with a slight twist: instead of connecting to a local area network, it sends the data over a 3G cellular network. And unlike most entry-level security cameras, you don’t control it via a browser interface on a computer. Instead, your mobile phone assumes the role of control center.

As the PHC105 requires a 3G cellular network for it to work, you’d need to procure a 3G SIM card (and plan) first. Bear in mind that since it can send alert notifications to your mobile phone via SMS, MMS, or email, as well as make audio/video calls, data usage at the end of the day can be substantial. Your phone must also be capable of interpreting the received data. For example, if you’re on a 2G network, don’t expect to initiate a video call.

The camera is mounted onto a base via a metal ball-joint. Just pull the camera upward to dislodge it from the base, and you can now tilt the head and point it toward your desired direction. There are two holes underneath the base for you to wall-mount it, but no screws are provided. The package comes with a power adapter with a mini-USB end that you plug into the mini-USB receptacle on the camera. The USB port is also used to connect the PHC105 to your PC to view the images stored on its 4GB card. In addition, it has a built-in 800mAh lithium-ion battery, so it’s able to continue functioning when there’s a power disruption.

So how does one issue commands to the camera? By using text messages of course! The included manual is literally indispensable during the initial setup. Some of the essential first steps include defining a phone number as the alarm number (so that the camera knows who to “call”), an email address to receive the images, and “arming” the camera. Depending on how you configure it, when an alarm goes off (for example, due to a trigger of the motion sensor or the infrared body detector), you’d be notified through a video or voice call, an MMS, SMS, or email. Ad hoc commands such as requesting for an MMS or image, adjusting the number of images to be sent, activating/deactivating the sensors, and checking of the camera status, are also issued through text message. For example, the command to request the camera to send one MMS image to the phone is "1234 send MMS". To see a live video stream is easy: simply initiate a video call and enter the password.

Image quality was about average; after all, the sensor is only capable of up to VGA resolution. Cell signal strength plays a critical role in making or breaking the device, so be sure to consider that during installation. While there are a total of 34 SMS commands, only a few are required on a regular basis. We suggest creating SMS templates in your phone for commonly used commands. We had problems getting the camera to connect to the 3G network initially, though your mileage may vary. All in all, if you’re always on the road, and need an easy way to check out what’s happening at home or in the office, the PHC105 can be of great help. 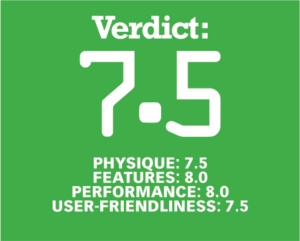