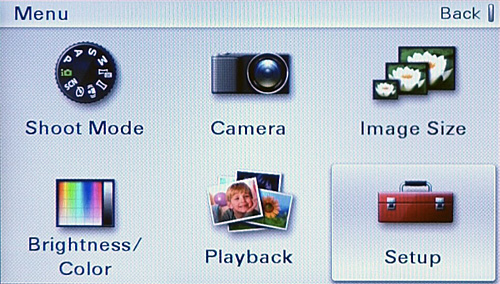 When iAuto is used, pressing the center button now calls up the new Photo Creativity interface. This is where most of the fun lies. The picture effects detailed above can be found here, along with the soft skin effect (surprise!); and other shooting and image parameters such as self-timer/continuous advance, color vividness, color tone, brightness, and background defocus. The cool part is that you're able to combine these parameters to come up with all sorts of interesting effects.

You can't combine two picture effects; choosing a new one would replace the existing one. To undo the last addition, press soft key B. To reset everything and start from scratch, press soft key A. Once you're happy with the instant preview shown on the screen, press the shutter release button to take a picture. Take note though, once you exit from the Photo Creativity interface, the "stack" will be lost. It'd be nice if we could save a combination or two for later recall, since it can be quite tedious to add the same items every time you turn the camera back on.

Another piece of good news is that the combined settings can also be used during video recording. We almost overlooked it, because by calling it 'Photo Creativity', we thought the effects only apply to still photos. Sony should have called it Picture Creativity, instead of Photo Creativity. 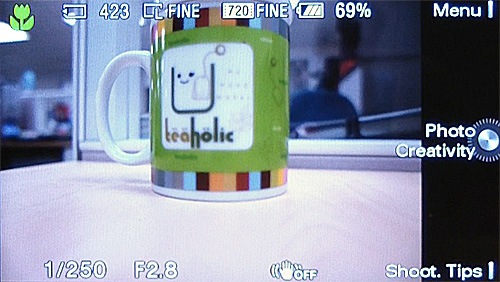