In the digital compact camera market, the battle is commonly fought over the number of pixels that can be squeezed into the camera sensors. So color us surprised when Samsung announced the successor to their prosumer EX1, the EX2F, sports a modest 12.4-megapixel sensor. Besides its sensor, one of the most important parts to building a good camera is its optics. And this is where Samsung has chosen to focus its efforts. The EX2F is the world’s first digital compact camera to possess a F1.4 lens, making it one very handy digital compact camera to have for low light shooting. The F1.4 aperture also allows for some creative shots with its ability to shoot with a narrow depth of field. But specifications aside, how would it feel in your hands? Thankfully, we managed to get hold of a pre-production sample for a short period of time to relate our findings. 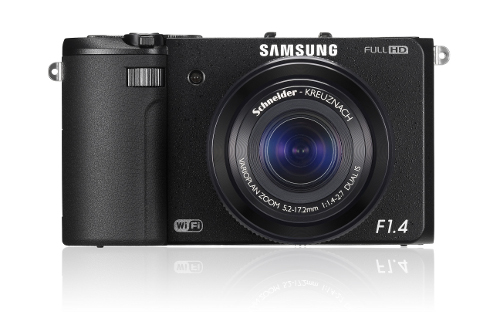 The EX2F has a magnesium alloy body, something that’s more commonly found in the realm of DSLRs, and this does help to make the EX2F feel lighter than it looks. The magnesium alloy build also lends a premium feel to the camera, so there's no cheap, plastic feel that lesser cameras normally have. However in terms of size, while it’s still small enough to be considered a compact point-and-shoot, it isn’t the most pocket-able compact camera around (it's not a travel compact). But one must of course consider the fact that the EX2F is competing in the high-end range of the compact camera segment, which has models that offer more manual controls, better optics and better noise control, and thus sacrifice a bit in terms of overall size. 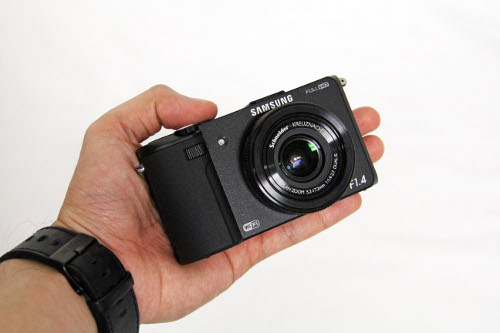 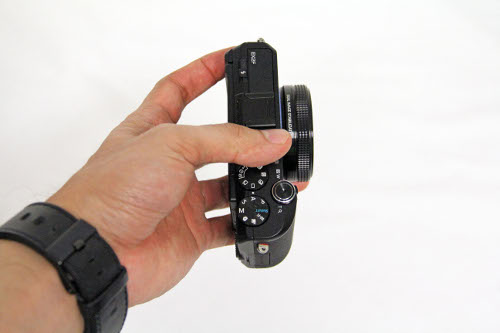 The design, mode dials and user interface are all similar to the current Samsung Smart cameras. The mode dials are large and easy to operate as they protrude slightly over the top edge of the camera, so rotating them with the thumb proved easy. A small dial is built into the finger grip in the front of the camera, which you can use to change the aperture values or shutter speed in the respective shooting modes. The 3-inch AMOLED screen was quite impressive, with wide viewing angles and vibrant colors. Unfortunately, we were unable to test how it would look like under direct sunlight though we’re suspecting it shouldn’t be a problem with the brightness cranked up. It also flips out, so taking overhead shots or shooting self-portraits would be much easier with this feature.

The user interface is easy to navigate. The EX2F features the Fn button, something found on the current crop of Samsung cameras. The Fn button will bring up the most commonly-used functions and settings, such as ISO or shutter speed, making it convenient to adjust settings without needing to dive into a sub-menu. So why does the EX2F possess the "Smart" moniker? Well it basically comes with built-in Wi-Fi capability and allows for easy sharing of images as well as added functionality such as DLNA device connectivity for output of content. These aspects seem much more comprehensive than the wireless functions we've seen from Canon. Images can be easily uploaded to Facebook or Picassa as well as sending them via email. One of the more interesting Smart functions includes the ability to use your Android smartphone or iOS device as a remote viewfinder; this allows you to frame your shots with your smartphone screen and release the camera’s shutter remotely. Check out the video below for a quick round-up of the EX2F's features:- 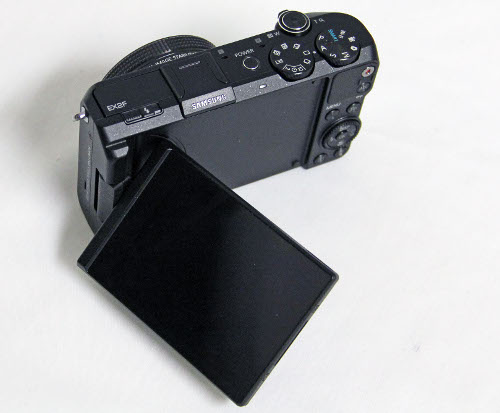 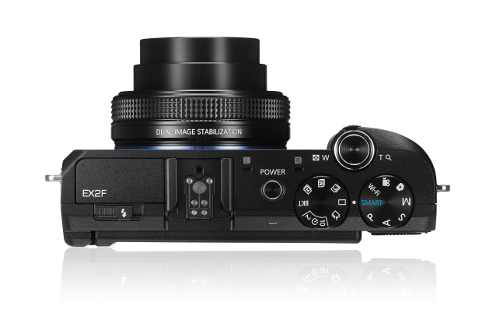 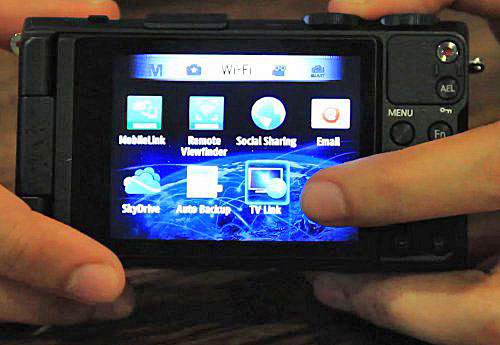 When it comes to performance, we noticed that the unit we had was quick to power on and had a snappy autofocus. The images looked sharp with nicely balanced colors on the AMOLED screen though we were unable to view them on a PC monitor, thus we will reserve judgment until we have an final production unit for a full review. The EX2F is expected to go on sale sometime in August, though we were unable to squeeze out an official release date or price from the Samsung representative. We do however know from other sources that it's expected to go for about S$750 or thereabout. Stay tuned for more details when the camera is made available officially and our verdict of the camera's full capabilities.

Write a Review
Compare This | Specifications
Fast F1.4 lens
Swivel AMOLED display
Good low-light performance
Easy to use interface
Magnesium alloy body
DLNA, Wi-Fi and sharing functions
A bit on the bulky side
Unable to customize Fn button
Battery can only be charged in-camera
Slightly subdued colors in JPEG images
Our articles may contain affiliate links. If you buy through these links, we may earn a small commission.
Sponsored Links