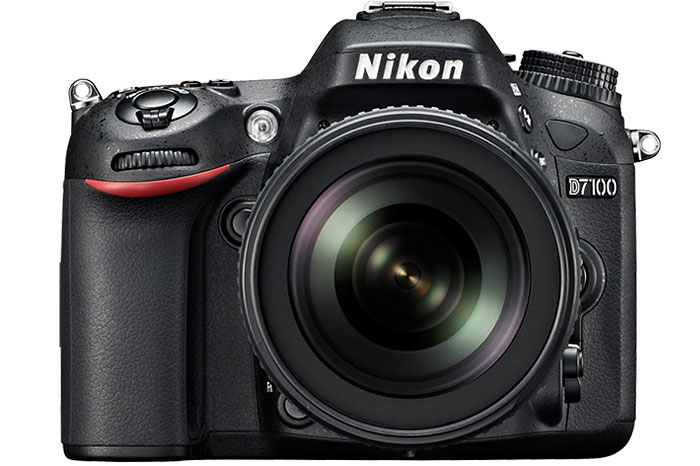 While 2012 was the year of the full-frame cameras, Nikon has kick-started its 2013 DSLR releases with a DX-format camera. The D7100 is its latest DX-format camera that comes with features that befit a high-end model. While the D7000 was sandwiched firmly between the professional-class D300S and entry-level D90 at launch, Nikon wouldn't yet comment if the D7100 is the D7000 or D300S's successor despite its naming convention. In our opinion, at this point of time, it's much safer to say that the Nikon D7000 has finally gotten a successor, but we'll have to stay tuned till sometime in the future to see how it may affect Nikon semi-professional camera line-up.

So what can you expect from the D7100? We managed to get a quick hands-on with a D7100 prototype, so here's a summary of some of it the main highlights.

As the new DX-format flagship camera, it’s only natural to expect the Nikon D7100 to sport a new CMOS sensor that has an effective megapixel count of 24.1. To accompany the new sensor, the EXPEED 3 image-processing engine inside the D7100 completes the new hardware package.

In a surprising move, the D7100 also excludes the optical low-pass filter for higher resolution and thus, clearer images. Nikon was one of the first to have a professional series camera without a low pass filter in the form of the D800E, which is identical in every other way to the more 'mainstream' D800 model that includes the low pass filter. As we found out first hand while reviewing the D800 and D800E, details were aplenty without the low pass filter, but in some cases, images were more susceptible to moiré artifacts. A casual chat with Nikon revealed their position for this concern, which is to use post processing to easily touch-up any affected photos from the D7100.

Just when we thought the number of focus points in a cropped sensor camera couldn’t get any higher, Nikon surprises us with the D7100’s 51 focus-point AF system, out of which 15 are cross-type sensors. This greatly improves on the D7000's 39 focus points, out of which 9 are cross-type sensors. The center focus point of the D7100 also supports autofocusing with lenses that have a maximum aperture of f/8, so users can still use autofocus even if a lens with a maximum aperture of f/4 and a 2x teleconverter are mounted on the D7100. Our brief test with the 3D focus tracking found that having more focus points obviously helps in keeping a lock on your moving subject more effectively.

Nikon’s DX-format sensors result in a field of view that is effectively 1.5x the actual focal length of the lens. But for those who require a bit more zoom without wanting to swap lenses (useful during video recording), the D7100 offers a new feature that allows users to increase the field of view by an additional 1.3x to achieve about twice the focal length of the actual lens. Our short time with the prototype revealed that with the DX crop feature enabled, the D7100’s 51 focus points actually cover the frame, so no focus points are left unused in that mode.

A new low power sipping OLED display viewfinder can be found in the D7100. We noticed that the display in the viewfinder was definitely brighter compared to the older D7000. The rear TFT LCD display monitor is also new; it has a resolution of 1229k dots that makes use of an additional white pixel in addition to the standard RGB array to increase brightness. As a result, the rear display was found to be much brighter and sharper than older models such as the D7000's 921k dot display, which does not make use of the white pixel in its traditional RGB array. 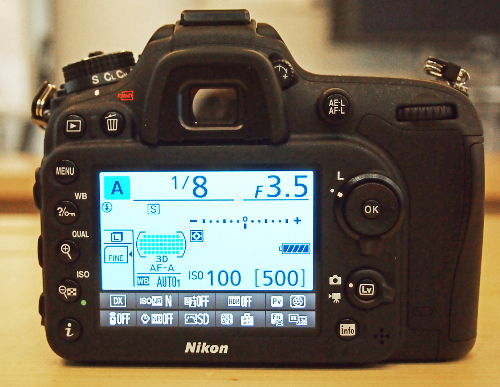 The D7100 pretty much handles like the D7000. The thumb rest area on the rear has been enlarged; there's more rubber there similar to the D90. The D7100 has also taken design cues from the D800 as the video record button is now located at the top, right behind the shutter release button (as opposed to the D7000 which had it at the back of the camera). The button to release the mode dial for setting modes has also been raised and now provides more tactile feedback when depressed. 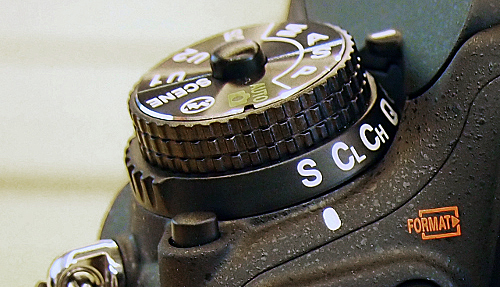 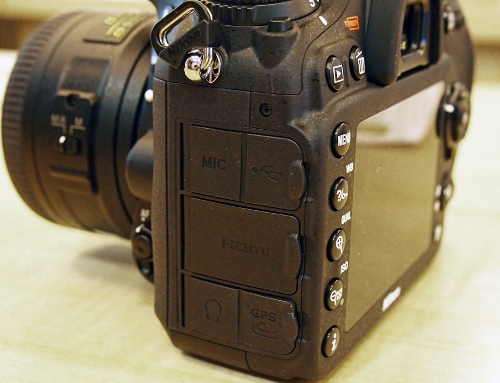 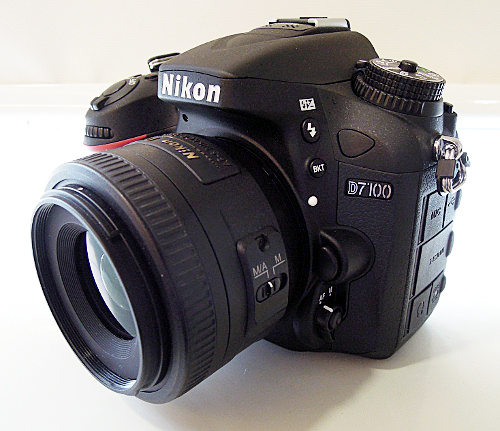