Have you considered how many wireless devices you have connected to your wireless network? Two? Three? Or maybe you lost count? If your answer is the last, it is not surprising at all considering the proliferation of smartphones, tablets, as well as traditional computing devices such as notebooks and desktops.

And as some of you may be aware, wireless performance decreases as the number of users go up. This is not only due to the fact that there is less bandwidth to go around, but also because traditional routers are serial in nature, capable of only serving a single client (device) at any one time. But it does so very quickly so that it gives users the illusion that it is serving multiple clients at once. 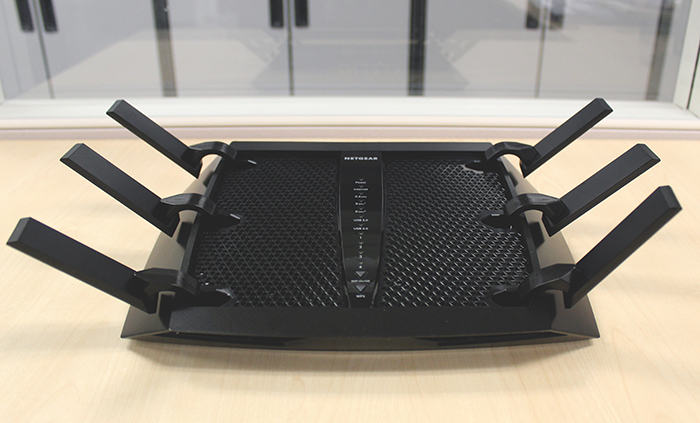 The latest routers aim to overcome this problem, but there are two distinct camps at this moment. One of which is 802.11ac Wave 2 and one of its supporting features known as MU-MIMO (Multiple-user Multiple Input Multiple Output) , a technology aimed at serving multiple clients at once. The other camp is 5G XStream, which is a tri-band Wi-Fi platform architecture developed by Broadcom and is also the one supported by the Netgear Nighthawk X6 router that you see here. We will talk about the two in greater detail later, but first, a look at the Netgear router itself.

As befits its name, the Netgear Nighthawk X6 comes in all black and is quite possibly the largest router we have ever seen at nearly 30cm wide and over 20cm across. On the top panel, are six integrated antennas that can be lifted out to improve coverage. Running across the top panel are also LED indicators to show the status of the router. There are also buttons to turn Wi-Fi on and off and another button for WPS setup. The entire top panel is also vented to help keep the router cool. 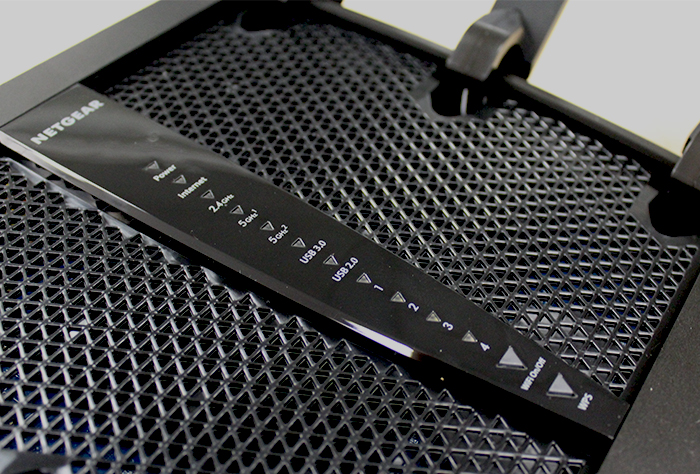 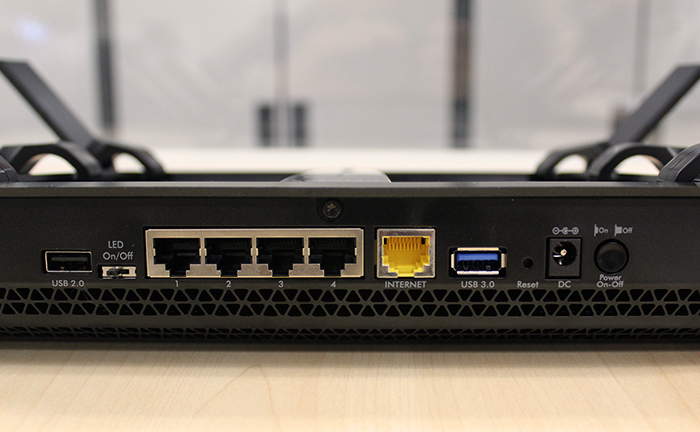 Round the back, users can find a single WAN port and four Gigabit  Ethernet ports, a single USB 3.0 port and another USB 2.0 port that can be used to connect to external storage devices or printers. That aside, Netgear’s ReadyShare feature makes it easy for users to access the connected storage devices and printers. And if you find the flicking LED indicators annoying at night, there is also switch to turn it off.

Under the hood, the Nighthawk X6 sports Broadcom’s new 5G XStream chipset, which claims to be tri-band capable as it supports two independent 5GHz 802.11ac networks on top of a single 2.4GHz network for "legacy" devices, giving it a total throughput of 3200Mbps - 600Mbps (2.4GHz) +1300Mbps (1st 5GHz band) + 1300Mbps (2nd 5GHz band). The chipset consists of a single dual-core ARM Cortex-A9 processor running at 1GHz and three offload processors, each dedicated to a single Wi-Fi radio that handles other processing tasks. But before we can continue, it is necessary to talk first about 802.11ac Wave 2 devices.

While the Nighthawk X6 may be capable of greater overall throughput, a 802.11ac Wave 2 router that supports 4x4 streaming will be faster (such as the ASUS RT-AC87U), despite its AC-2400 classification. This is because such devices can provide a maximum throughput of 1734Mbps on its 5GHz band. However, to do so requires a compatible client that supports 4x4 streaming.

Faster speeds aside, 802.11ac Wave 2 routers will also support MU-MIMO to cope with multiple devices on a network. MU-MIMO lets the router serve multiple devices at once, assuming it has the bandwidth, but again, this feature demands a compatible client device that also supports MU-MIMO. Right now, there are no such devices in the market and the first are only expected to come later this year.

As you can see, the problem with 802.11ac Wave 2 is its strict requirements. And with so many devices still yet to make the leap to 802.11ac, 802.11ac Wave 2 routers are really all about future-proofing for the time being. For users who always upgrade to the latest and greatest, 802.11ac Wave 2 is great, but for the rest of us, it hardly makes sense to invest in such a router and then not have compatible devices to make full use of its capabilities. 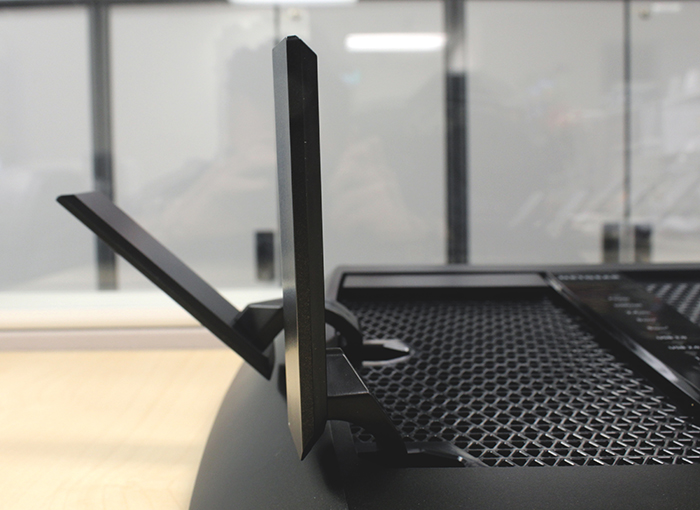 This is where Broadcom’s 5G XStream chipset come in. Unlike 802.11ac Wave 2 routers, Broadcom’s 5G XStream is fully compatible with all existing and upcoming 802.11ac devices. But to be entirely sure, it is also a bit misleading to call it tri-band since the two 5GHz networks share a single SSID and clients are automatically assigned to the best band using the Nighthawk X6’s Smart Connect feature, which can automatically manage clients based on their usage, distance, performance and so on.

The basic idea behind this is to keep the faster devices on one band and the slower ones on the other. Hence on the faster band, the amount of time needed to serve each device will be kept down to a minimum, allowing it to quickly serve one device and then the next. 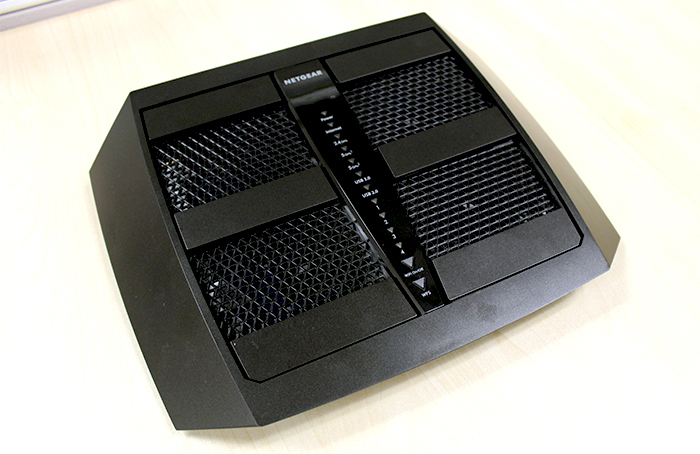 Right now, considering the lack of 802.11ac Wave 2 compatible devices, it makes more sense for mainstream users to go with Broadcom’s 5G XStream platform and its devices, such as the Netgear Nighthawk X6. This would allow users to benefit the most, regardless of what devices they have.

The Nighthawk X6 will launch this week at Comex 2014 and will be available for S$399.

Write a Review
Compare This | Specifications
Good performance at farther ranges
Remote router management
Cloud storage functionality
Underwhelming performance at shorter ranges
Genie setup user interface can be cumbersome
All or nothing QoS implementation
Very high price
Our articles may contain affiliate links. If you buy through these links, we may earn a small commission.
Sponsored Links