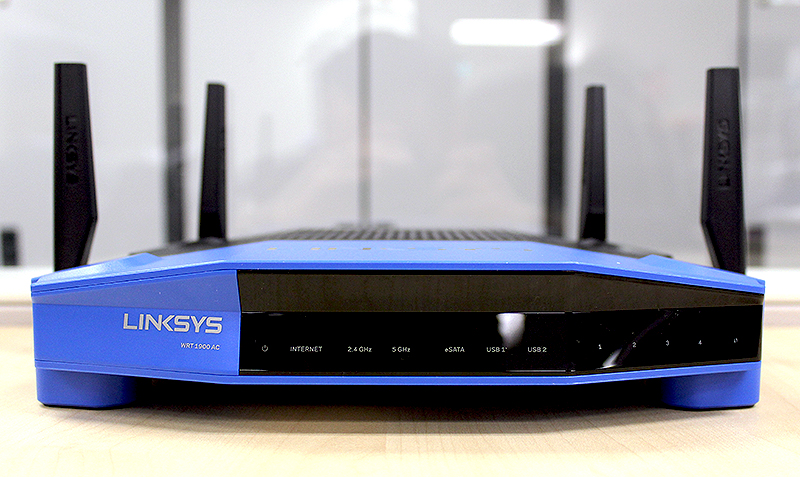 Linksys is one of the most storied names in networking and for some time, it has languished under Cisco’s care, who it seemed, was becoming less interested in consumer electronics. In fact, the company ditched the Flip camera only two years after purchasing the company behind it, Pure Digital Technologies, for US$590 million in stock. Fortunately, earlier last year, Belkin purchased Cisco’s Home Networking Business Unit, which included the Linksys brand.

Fast forward a year to CES 2014 and Linksys debuted its new flagship router, which we see here today, the WRT1900AC. If the name and the looks of the router seems familiar to you, it is because this new router actually pays homage to the legendary WRT54G router from 11 years ago. Amazingly, the WRT54G is still in production and available for sale. Having shipped over 50 million units of this model, that makes it one of the best-selling routers of all time. 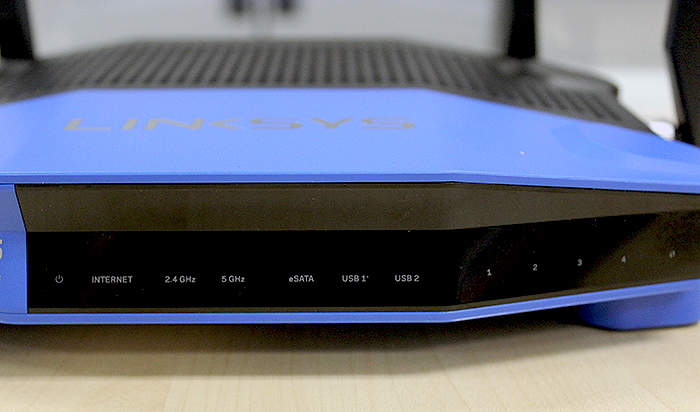 The design of the new WRT1900AC is clearly inspired by that of the WRT54G and as such it has the same blue and black color scheme, venting holes on the top panel, and a healthy dose of LED status indicators up front. All in all, it looks a bit retro. That said, one thing that is not retro about it is its size. It is huge for a router, measuring almost 24cm in width and stands about 4.5cm tall (not factoring its antennas). Its design means users can feasibly mount it on a wall, but we think its best that it is positioned upright on its stands, because it is quite heavy and mounting it on a wall would necessitate some heavy-duty double-sided tape. 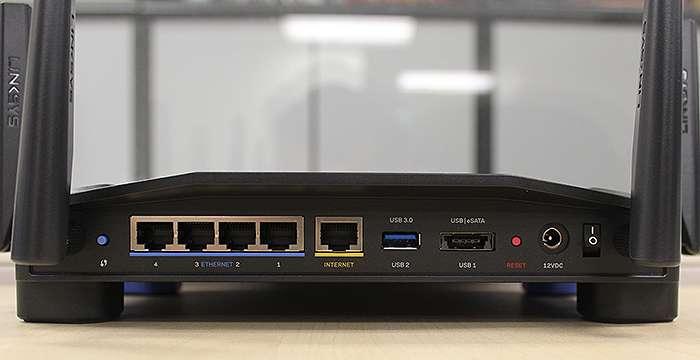 Round the back, you will find the usual assortment of a single WAN port and four Gigabit ports. There is also a USB 3.0 port and a USB 2.0/eSATA combo port, which can be used to connect to an external storage device or printer. Lastly, you'll also find a button for WPS setup (Wi-Fi Protected Setup), allowing compatible devices to quickly connect to the WRT1900AC’s network. Note the physical power switch rocker, which isn't common for networking products like routers.

To begin, the new WRT1900AC is a dual-band (2.4GHz and 5GHz) router that supports the latest Wireless-AC standard and offers a link speed of 600Mbps over Wireless-N and 1300Mbps over the Wireless-AC band, which is pretty standard fare for routers of this upper tier class. What is unusual, however, is that the WRT1900AC has four massive antennae, instead of the more usual three found on most high-end routers, for greater network coverage. 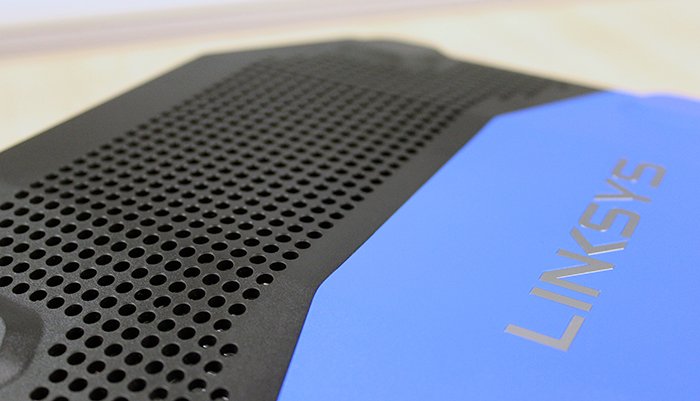 Inside, the WRT1900AC is powered by a 1.2GHz dual-core Marvell Armada SoC. Incidentally, 1.2GHz is the highest clock speed we have seen yet in a high-end consumer router. For instance, ASUS’ rival RT-AC68U router uses a comparable Broadcom BCM4708A SoC that runs at 800MHz. This fast SoC is complemented by 256MB of RAM and 128MB of flash, which is de rigeur for high-end routers these days.

Stay tuned for the full review with benchmark results soon, but in the mean time, know that the Linksys WRT1900AC router will go on sale tomorrow (22 May) at all Challenger outlets for S$399. It will be available at all other leading IT stores from 23 June onwards.

Write a Review
Compare This | Specifications
Strong uplink and downlink performance
WRT54G-inspired design
Good positioning of ports and buttons
eSATA connectivity
Ability to use open source firmware
Easy to use Smart Wi-Fi interface
Performance falters at extreme ranges
Large, bulky and heavy
Premium pricing, but justifiable
Our articles may contain affiliate links. If you buy through these links, we may earn a small commission.
Sponsored Links