The Intel Z77 Express chipset will be the main component of most DIY-class motherboards in time to come; hence, understandably, the main bulk of boards arriving at our offices are based on this new chipset. We have just previewed the MSI Z77A-GD65 and from ASUS, the P8Z77-V Deluxe. Now we present the ASUS ROG Maximus V Gene, which is the first microATX gaming motherboard to hail from the prestigious lineage of Republic of Gamers (ROG).

The sprightly looking board is small in stature, but jammed pack with features to satisfy the needs of gamers and power users looking for that something special when building their next gaming rig. After all, the main advantage of standard ATX boards is to allow usage of more expansion cards which is fast becoming unnecessary these days other than cramming multiple graphics cards. The Intel Z77 Express chipset along with the LGA1155 CPU socket supports the current and the upcoming third generation Intel Core i3/i5/i7 CPUs. The processors themselves still support only a single PCIe x16 link that can be split into dual x8 links. For that reason, this class of boards can easily get by with the mATX board size by featuring dual PEG slots, which by the way are PCIe Gen 3 ready and spaced for 2-way SLI or CrossFire setup. The board also manages to cram quad DIMM slots to support overclocked memory modules (DDR3 modules that are rated up to 2666MHz) up to a maximum capacity of 32GB. 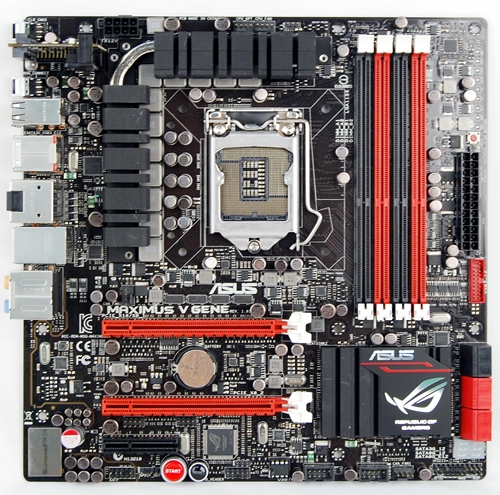 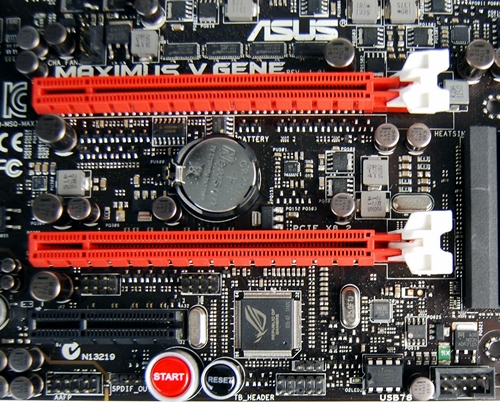 The ASUS ROG Maximus V Gene is bundled with LucidLogix Virtu MVP software with its familiar Virtu GPU-tasking capabilities that is touted to dynamically assign tasks to either the integrated graphics processor of the CPU or the GPU of a discrete graphics card. This version has added two 3D features: Virtual Vsync to reduce screen tearing and HyperFormance to increase frame rates.

True to Republic of Gamers Core

Besides sporting the familiar color scheme of ROG lineage, the board features ROG Connect, allowing power users to tweak their rigs with another computer or notebook that is attached via a USB cable. You can refer to our previous coverage of this function for more information.

According to the board's specifications, its Extreme Engine Digi+ II has been upgraded and equipped with 10k Black Metallic capacitors (made in Japan), coupled with its digital VRM control for fine-tuning CPU and memory performance. 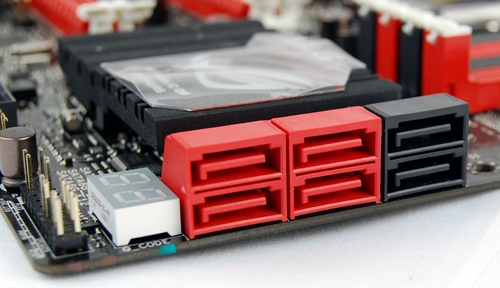 The board sports well rounded connectivity and functionality (some unique to ASUS) as seen by the variety of connections and ports on the board and the rear-I/O. However note that display connection options are down to just HDMI and DisplayPort as ASUS is expecting the prospective buyers to run the system with discrete graphics card(s). 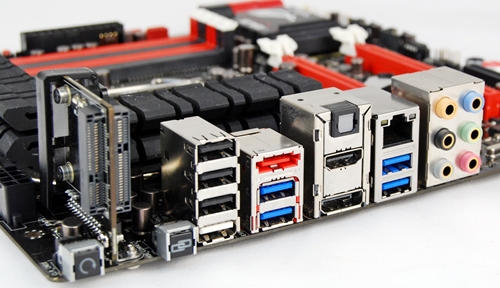 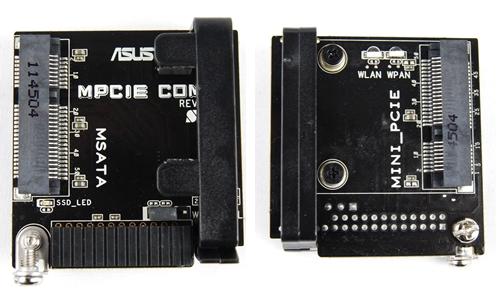 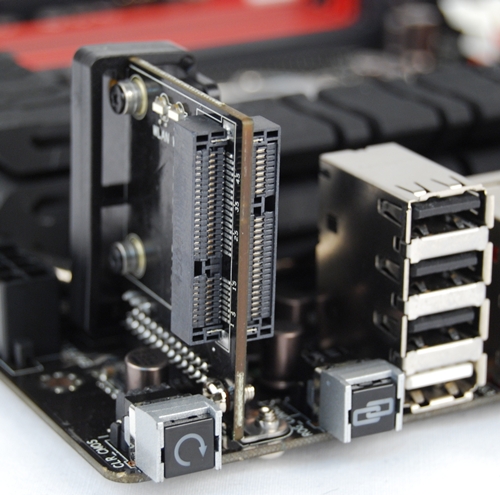