*Note* - This article was first published on 23rd December, 2015. It is re-published again on 20th January 2016 as this is the notebook's official launch day.

In 2006, ASUS founded its Republic of Gamers (ROG) brand. It was to be a sub-brand created with the express purpose of delivering cutting-edge gaming hardware to gamers. And now, almost 10 years on, the ROG has delivered what is quite possibly their most outrageous piece of gaming hardware yet. 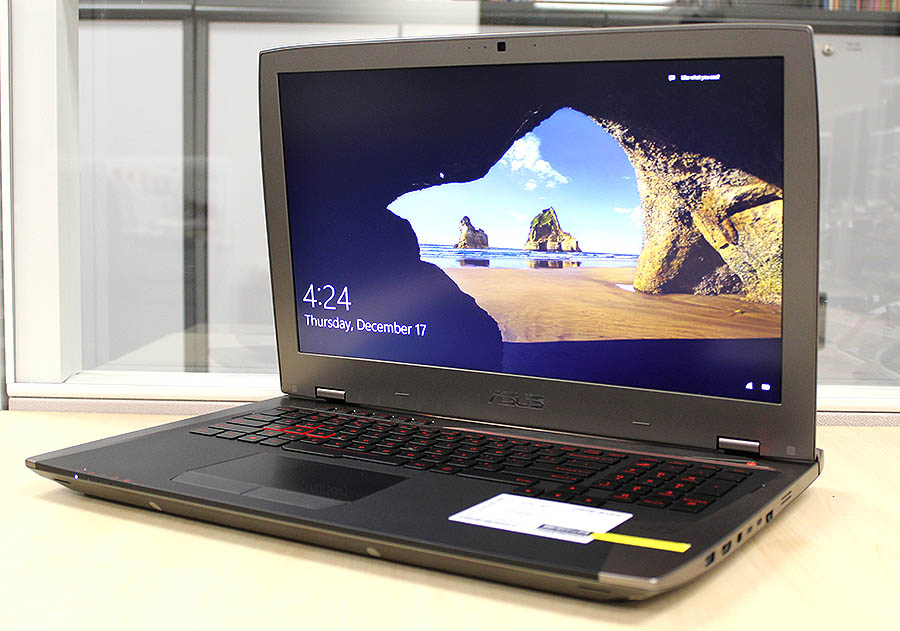 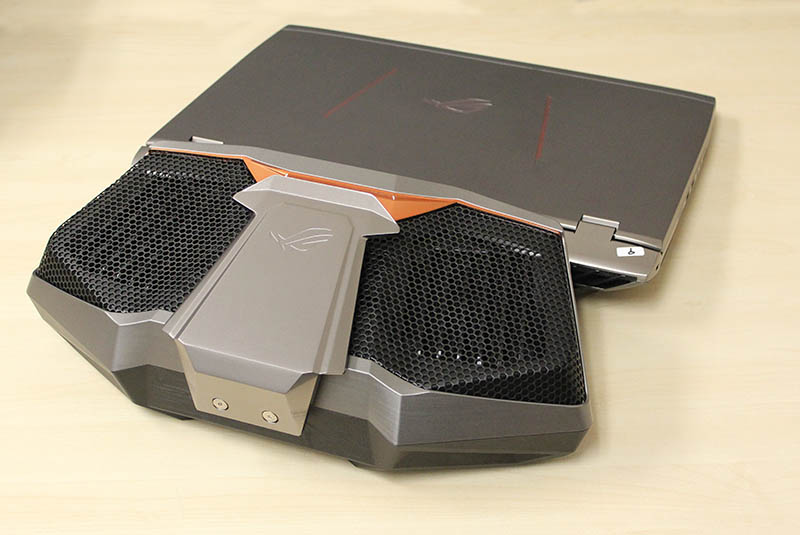 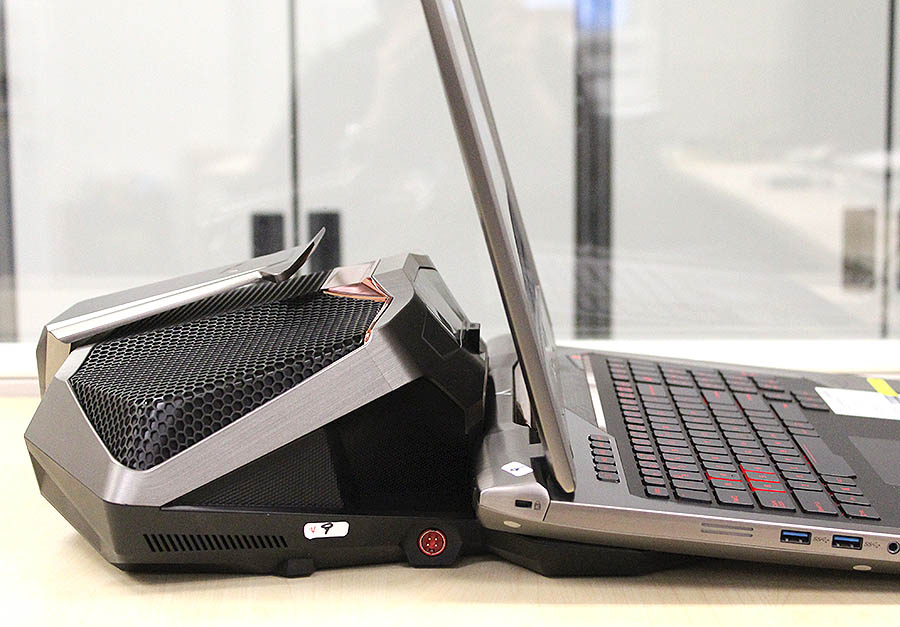 Why liquid-cooling? Well, it’s to unlock more performance. First of all, the GeForce GTX 980 GPU within the ROG GX700 supports NVIDIA’s GPU Boost technology, which takes temperature and power requirements into account and dynamically adjusts the GPU’s clock speeds. Factor in liquid cooling and that would mean the internal components of the notebook can operate at a much lower operating temperature than a conventionally cooled notebook. Ultimately, a lower operating temperature means higher clock speeds can be achieved, which in turn translates to more performance. Secondly, the Skylake processor found inside the ROG GX700 isn’t any ordinary processor. It is in fact, the Core i7-6820HK (2.7GHz, 8MB L3 cache), which happens to also be Intel’s first overclockable mobile CPU. In all, ASUS says that when the ROG GX700 is docked, the average user will be able to enjoy up to 20% boost in performance. In practice, we found that claim to be accurate. A quick run on 3DMark showed that the ASUS GX 700 (undocked) managed a score of 9310 on Fire Strike. But when we put it on the dock, it managed a 21% increase in performance, giving it a score of 11338.

While the liquid-cooling system does provide a substantial boost to performance, there are some down sides. For one, the dock is heavy and immense, and takes up quite a lot of space. With the notebook docked in place, the ROG GX700 takes up a lot more space than your typical 17-inch gaming notebook/desktop replacement system. Additionally, the liquid-cooling dock's twin fans are quite loud, especially when the notebook is under heavy loads, and it can be distracting. 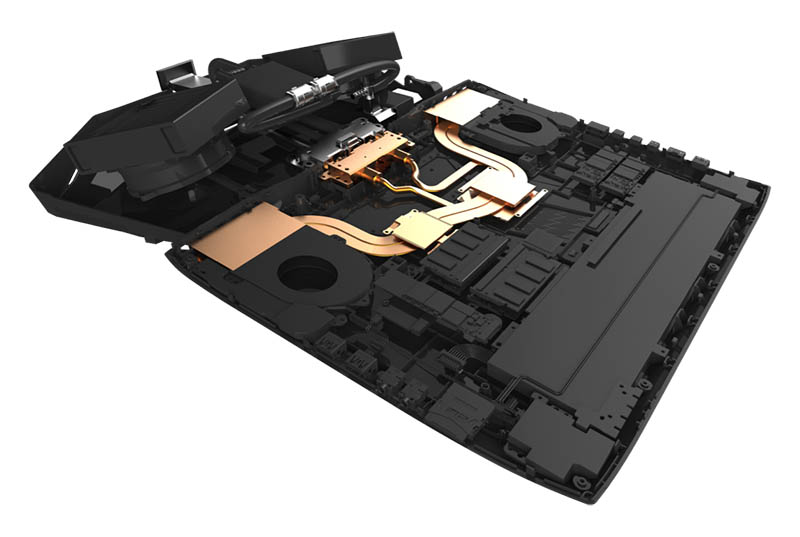 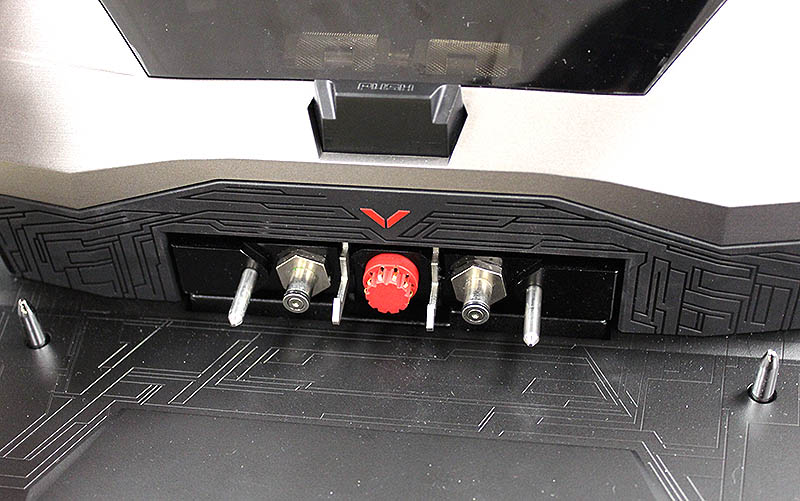 Docking the ROG GX700 is also a very simple task, though it's worth mentioning at this point that the dock is really heavy. Simply align the notebook to the alignment pins on the dock, push down on the locking lever to secure the notebook in the place and you are done. As you push down on the latch, the liquid-cooling pipes are extended from the dock to meet the notebook's matching inlets to form a closed circuit. A complex system consisting of a two-way piston rod and O-rings help ensure minimum leakage during docking and undocking. Sensors within the dock warn users if coolant levels are running low, and a port at the side lets users easily top up the coolant reservoir.