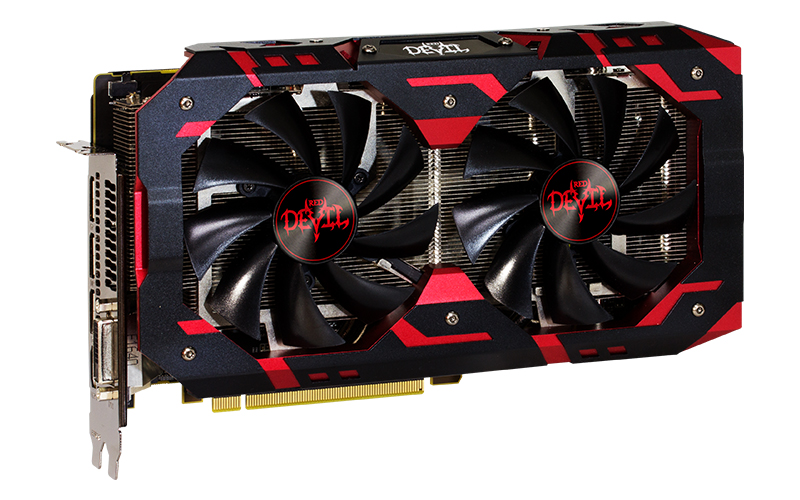 AMD has been focusing on CPUs for a while now, and we haven't heard anything from it in the gaming GPU space for well over a year. But in November, the company broke the silence with the announcement of tie Radeon RX 590, its new mainstream champion.

On paper, the Radeon RX 590 looks pretty boring. It's not Vega or Navi, and it's still based on the same two-year-old Polaris architecture as the Radeon RX 580. However, that doesn't mean that the card is a bad move on the part of AMD. In fact, it's a pretty smart and well-considered play, seeing as mainstream users comprise the largest segment of gamers.

Now that the US$349 GeForce RTX 2060 has been released, the Radeon RX 590 is up against much stiffer competition, but it remains a viable option for someone on an even tighter budget. AMD has set the retail price at US$279, but it isn't releasing a reference model for the Radeon RX 590, so we'll be basing our impressions on the PowerColor Red Devil Radeon RX 590.

AMD's latest Polaris graphics card uses GlobalFoundries' 12nm process node, so that's one thing that's changed coming from the Radeon RX 580 and its 14nm process. Nearly everything else remains unchanged though, including the 2,304 Graphics Core Next (GCN) stream processors, 144 texture units, 32 ROPs, and 8GB of GDDR5 memory. It also has a 256-bit memory bus width, which gives it a total memory bandwidth of 256GB/s.

The most significant difference is probably the nice increase in clock speeds. PowerColor's Red Devil card can boost up to 1,576MHz, compared to 1,380MHz on the equivalent Radeon RX 580 model. That's a 196MHz increase, which propels the card past the NVIDIA GeForce GTX 1060 6GB.

PowerColor's card is pretty fat, measuring 57mm thick, which means you'll need a three-slot allowance to install it. In addition, it's powered by one 6-pin and one 8-pin power connector. 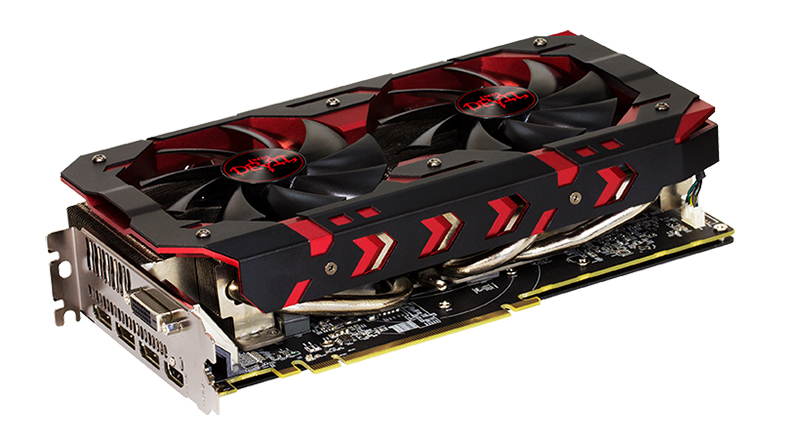 A lot of its girth is due to the larger cooler, which comprises five heat pipes and a thick fin stack to provide more surface area for heat dissipation. The two ball-bearing fans also support semi-passive operation, so they'll stop spinning entirely once temperatures fall below 50°C.

Round the back, you'll find three DisplayPorts, one HDMI, and one dual-link DVI-D output. Finally, the card has a rated TDP of 225W, which still gives NVIDIA a healthy lead in terms of power efficiency.