Pokemon Brilliant Diamond and Shining Pearl review: It's a charming chip off the old block 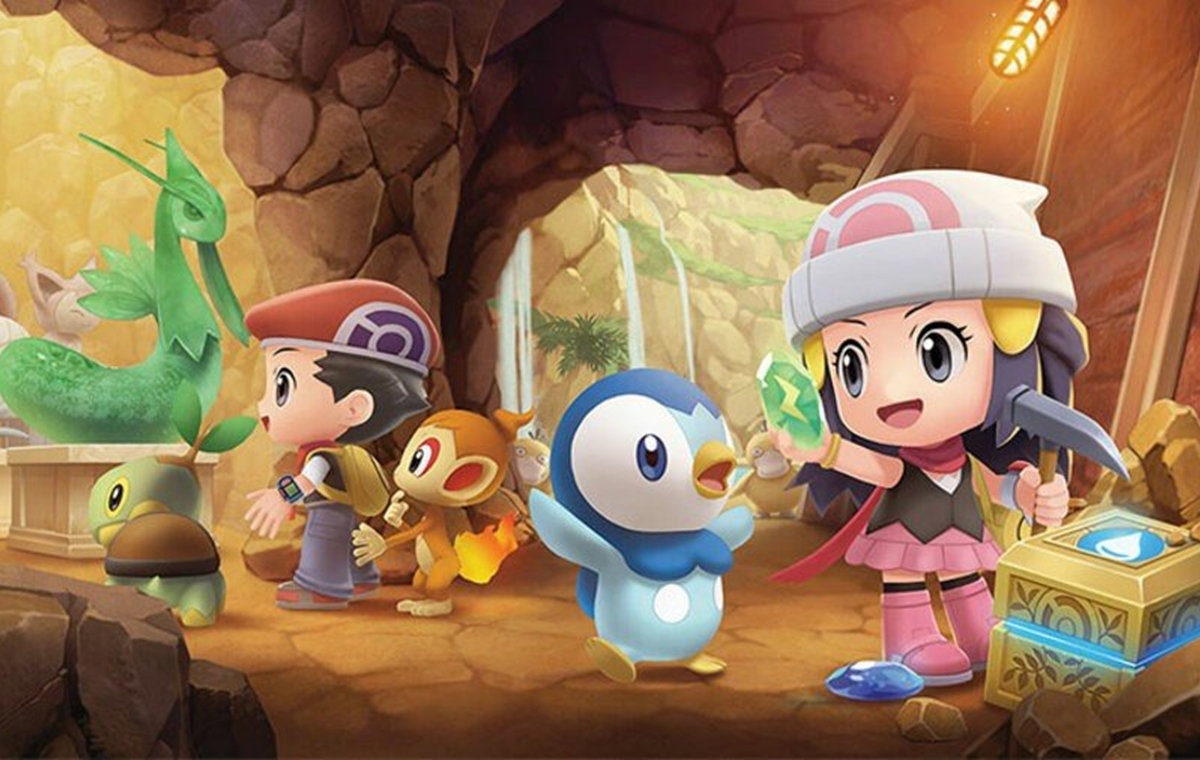 It has been a long time indeed, and yet, the winds of adventure sweeping through Twinleaf Town on the Nintendo Switch carry just as much excitement as those which once blew on the Nintendo DS.

For many Pokemon fans, especially those who were born at the turn of the century or those who started out in Gen 4, picking up Pokemon Brilliant Diamond and Shining Pearl isn't just "another Pokemon game". It's like coming home after a long odyssey, one which has taken us through four regions already - Unova, Kalos, Alola and Galar. Coincidentally, developer ILCA has picked a pretty good time to roll them out - with the festive season looming just over the horizon, it's time to find out if they're worth putting on your potential Christmas gift list.

It's good to be back 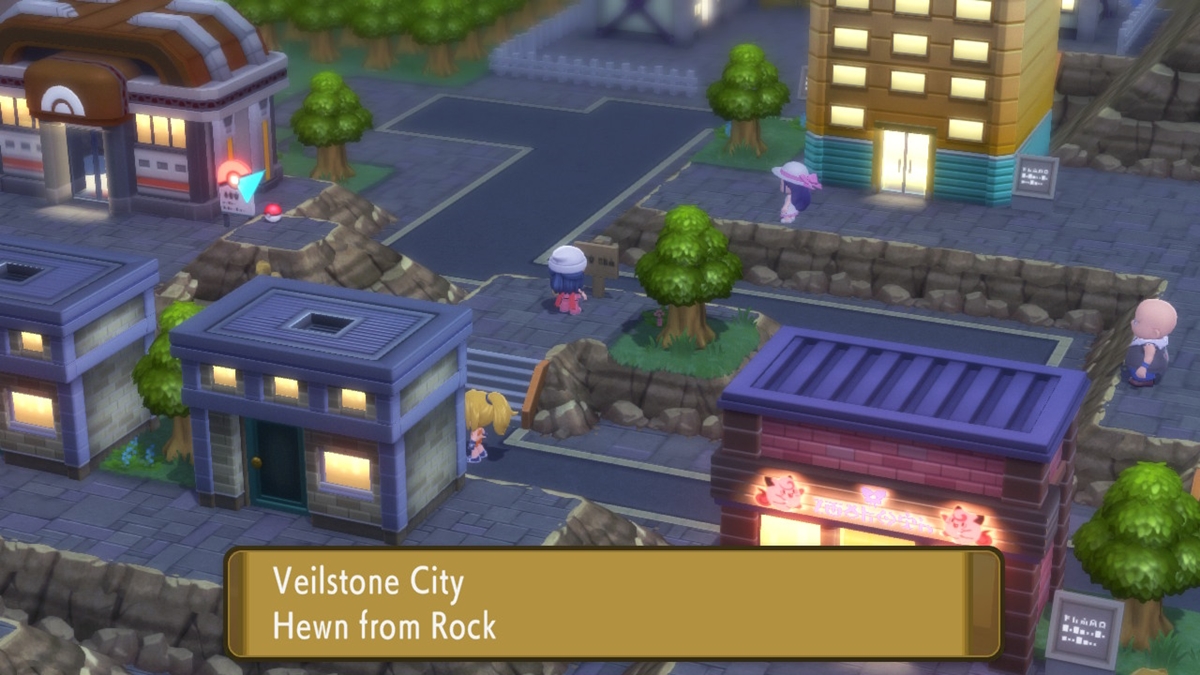 Aesthetically, the Sinnoh region looks and sounds just like we remember. From the tranquil flower fields of Floaroma Town to bustling Veilstone City and the swirling peaks of Mount Coronet, ILCA deserves a pat on the back for getting the region's signature feel just right. Granted, the chibi-style graphics might take a little getting used to especially if you're making the jump over from Sword and Shield, but I'll admit seeing my bobblehead character scurrying about really takes me back to my Platinum days.

So, in a word, it's certainly nostalgic, and although a part of me would have liked to see BD/SP done in the same aesthetic fashion as Pokemon Sword and Shield with full-size 3D sprites and all, I'm surprisingly satisfied with this iteration of it too. After all, it's fundamentally a remake, and if the developers are able to evoke the same sense of wonder and enjoyment as the originals with an updated coat of paint, I'm all for it.

It's got one or two missed spots 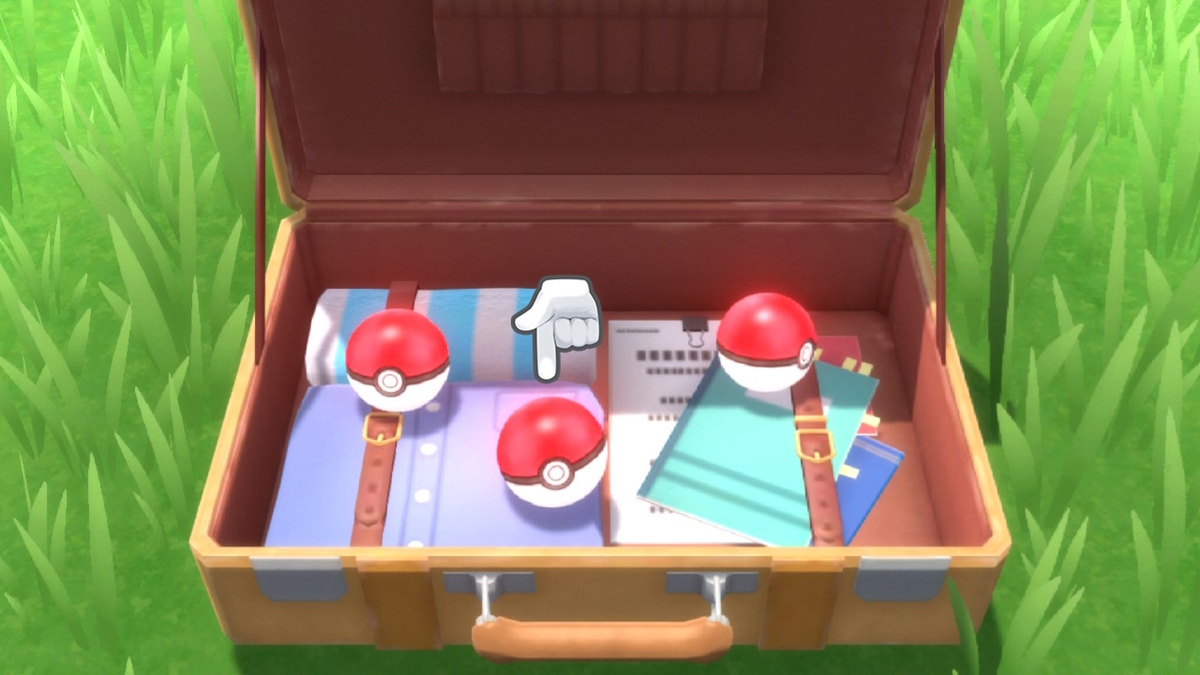 Given this is a Pokemon game, and a remake of the original Gen 4 titles at that, I'm not going to spend too much time discussing the plot itself. Call it impressive, lazy or otherwise, Pokemon is truly one of those franchises that can keep on utilising the same narrative structure over and over again and nobody is really going to bat an eye. We already know the drill by heart - unassuming young Trainer gets roped into saving the world from an evil team of villains, which in this case is Team Galactic and their boss Cyrus, and ends up becoming the strongest in the region after that.

Yet, there is still one issue I'd like to mention, and it's probably my biggest gripe with the remakes. To put it simply, I feel that its world building is a little shoddy, to say the least. Many characters that we remember interacting with numerous times within the originals, like Cyrus and even Cynthia seem to have been given much less screentime than before. Taking the aforementioned Team Galactic boss as reference, his character development is blander than a Dunsparce's facial expression, and if you've forgotten what that looks like, here's a rather adorable picture of it. 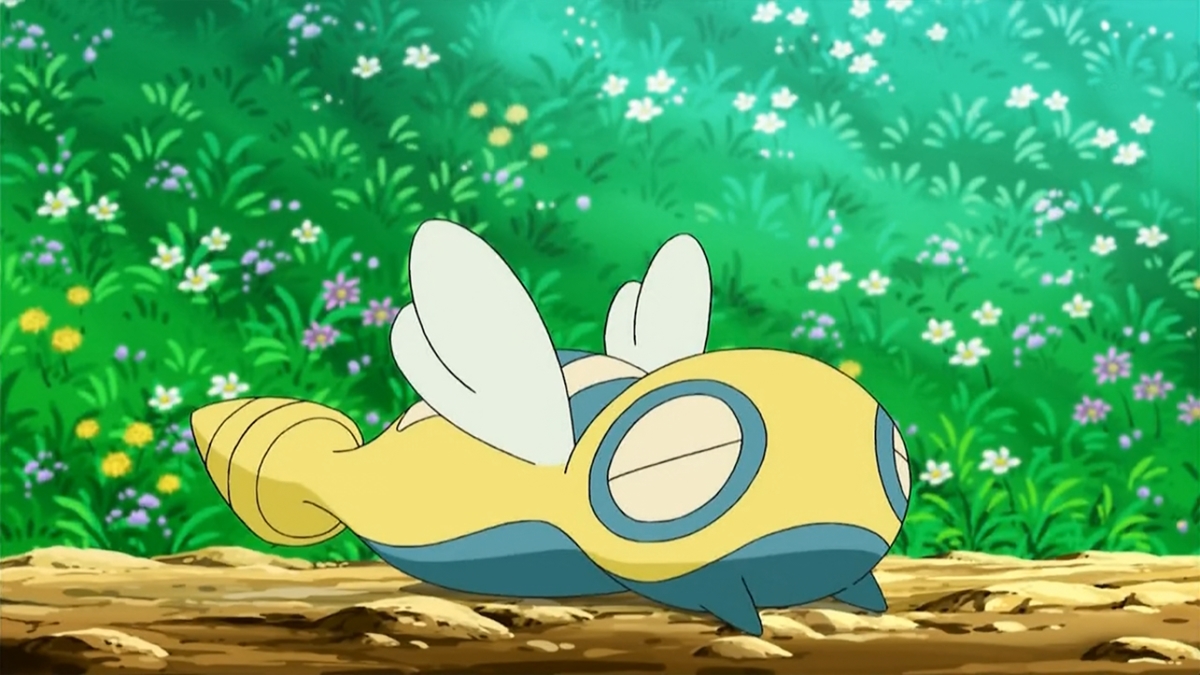 In most Pokemon titles, the narrative takes great care to flesh out the purposes and motivations of the antagonist, and though some, like Pokemon Black and White's N were done significantly better than the others (you know if you know), the Team Galactic in BD/SP simply lacks that "emotional connection" the player usually (and unintentionally) forges with them over the course of the story. For most of the journey, your interactions with them, especially in the case of Cyrus feel basic and uninspired - it's kind of like reading off a PowerPoint slide. Even by the end of their arc when you defeat him atop Mount Coronet, I didn't feel...well, anything really, and it's pretty disappointing from a narrative standpoint.

The good, the bad and the ridiculously OP 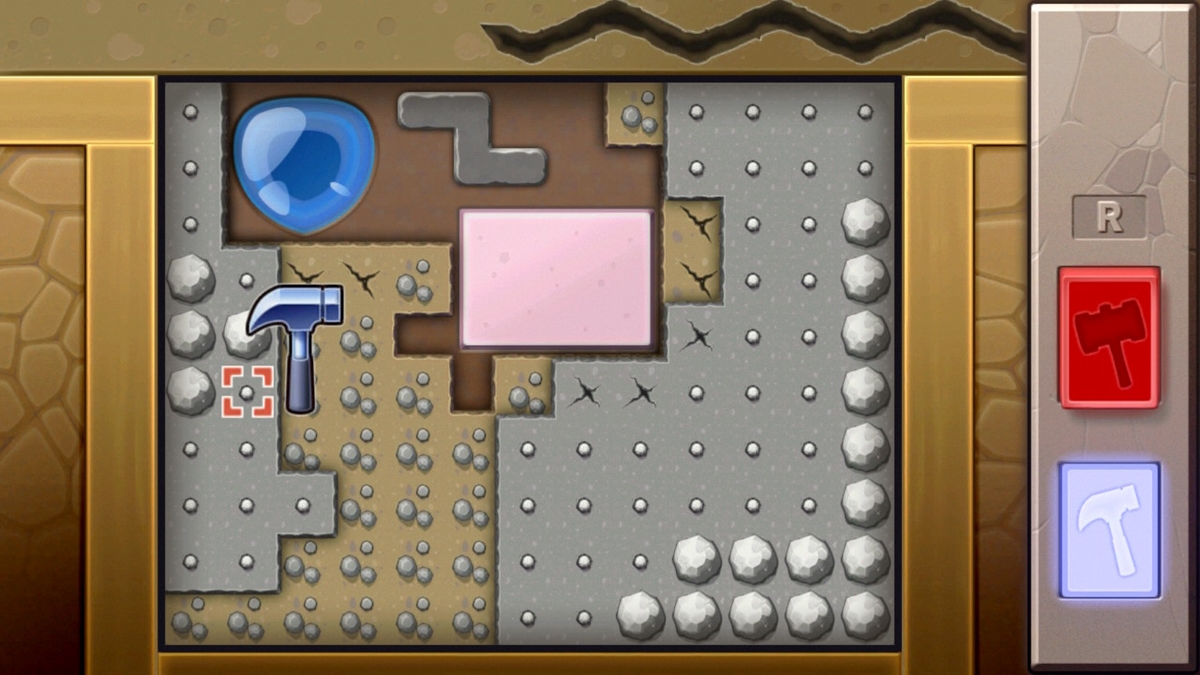 As for gameplay, there are a couple of changes in this batch of remakes that I really appreciate, and some that I don't. Unfortunately, if we wanted to go through everything I wanted to talk about in the latter category, we'd be here all day and then some. Now, I'm aware that the game has received a decent amount of flak from the veterans for a number of reasons, and while I do understand where they're coming from as a longtime player myself, we shouldn't forget that we aren't the only market out there for such games. With that in mind, let's just talk about two of the changes that I found compelling, and one that I'm a little concerned about.

First, go ahead and pick up your Explorer's Kit once again, because the Sinnoh region's most unique multiplayer feature - specifically the Underground - has been reimagined as well. Although the main mechanics like excavation and Secret Bases remain largely the same, the introduction of the various Pokemon Hideaways adds yet another dimension of fun to this much-beloved feature.

In a sense, Hideaways are kind of like Galar's Wild Areas, where you can find rare and high-levelled Pokemon walking, crawling, flying and in some cases floating about in different biomes. Granted, it's not really as open nor as majestic as what we're used to seeing in Pokemon Sword and Shield, but I will admit it does add a huge incentive for players to explore every corner of the Grand Underground.

Since we're on the topic, you might also be pleased to know that the Pokemon in these areas are considerably tougher than the ones you find in corresponding areas on the surface too, and though this is immensely helpful if you're trying to buff your team up a few levels or catch some new members, it also takes away from the usefulness of fighting wild Pokemon up top. I mean, why would you bother fighting a level 30 Bibarel when you could fight one that's at level 36 and get more EXP? 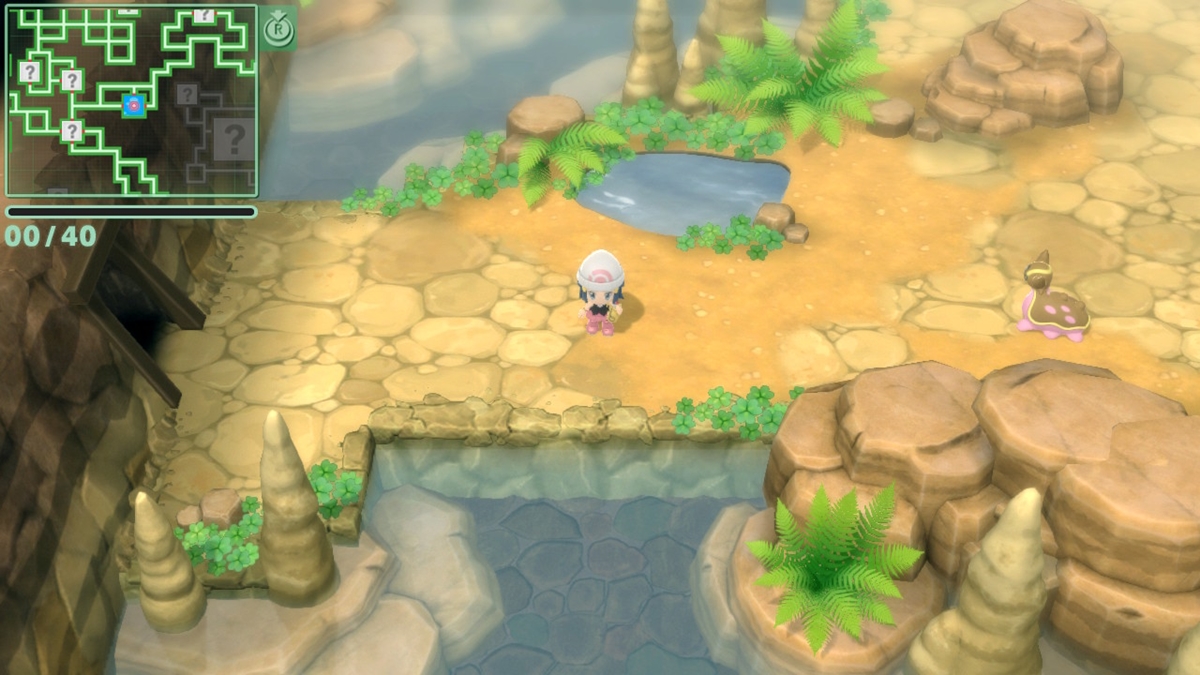 So, yeah - for most of the game you'll probably just pop Repels when you've journeying from town to town, and since the Trainers are scaled to around the same thresholds as the Pokemon on the surface, the main playthrough for BD/SP feels remarkably easier (read: grindier) than those in other Pokemon titles. With one exception.

This brings me to my second point and by now, you should already have guessed that said exception has a name: Cynthia. Although the usual octet of Pokemon Gyms in BD/SP were pretty much cakewalks, the Pokemon League is a wholly different ball game, and by that I mean it is significantly more difficult to clear, even when compared to its original iteration. Fundamentally, it's like ILCA took the SInnoh League's already-notorious reputation and dialled it up a few notches, throwing in actual competitive strategies like Minimize + Baton Pass on Drifblim and Flame Orb + Marvel Scale on Milotic.

Needless to say, I'm absolutely delighted that ILCA decided to amp up the challenge factor, but not to a point where it's actually unbeatable. It's been so long since I've had to use more than half my brain for the main playthrough, and in case you've forgotten, Mega Evolutions and Dynamaxing aren't a thing in BD/SP either. So, in short, there's no "big red panic button" for you to press here - you either get good or get Swords Dance Garchomp'd, and if anything, I think BD/SP is a much more fulfilling game because of it. 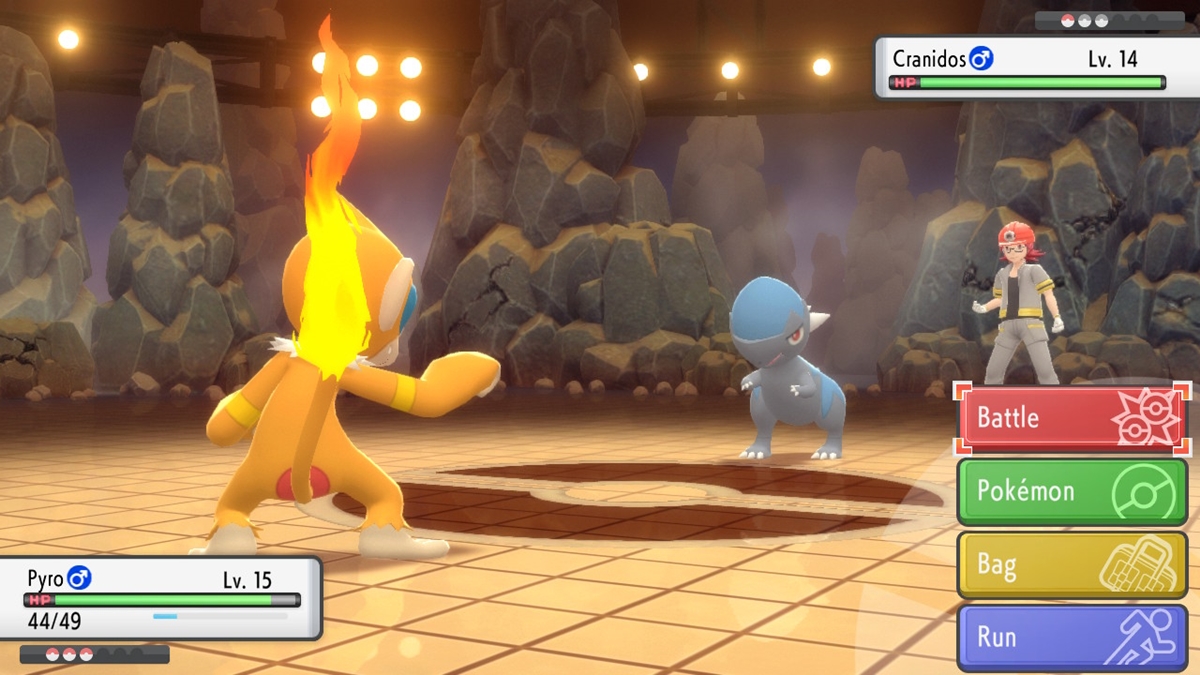 Last but not least, I think it's worth tossing out a short mention of what I think about the changes to TMs and HMs. Although the latter follows the same pattern as previous titles, where you don't actually need a Pokemon in your team with the move to use it in the overworld, TMs are unfortunately single-use items again. Here, you can probably guess what I'm going to say, and yes, I admit that it's difficult to put aside the infinite TM systems that we've gotten quite comfy with since Black and White.

Granted, I will concede that ILCA did make many commonly used moves like Thunderbolt and Psychic readily available in exchange for it, and they did remove the relatively-pointless Technical Records system as well. But even so, infinite-use TMs are one of those changes that I felt they didn't really need to amend because it doesn't change the end result per se, but I guess it's just something all of us Trainers will have to get used to. Sigh. 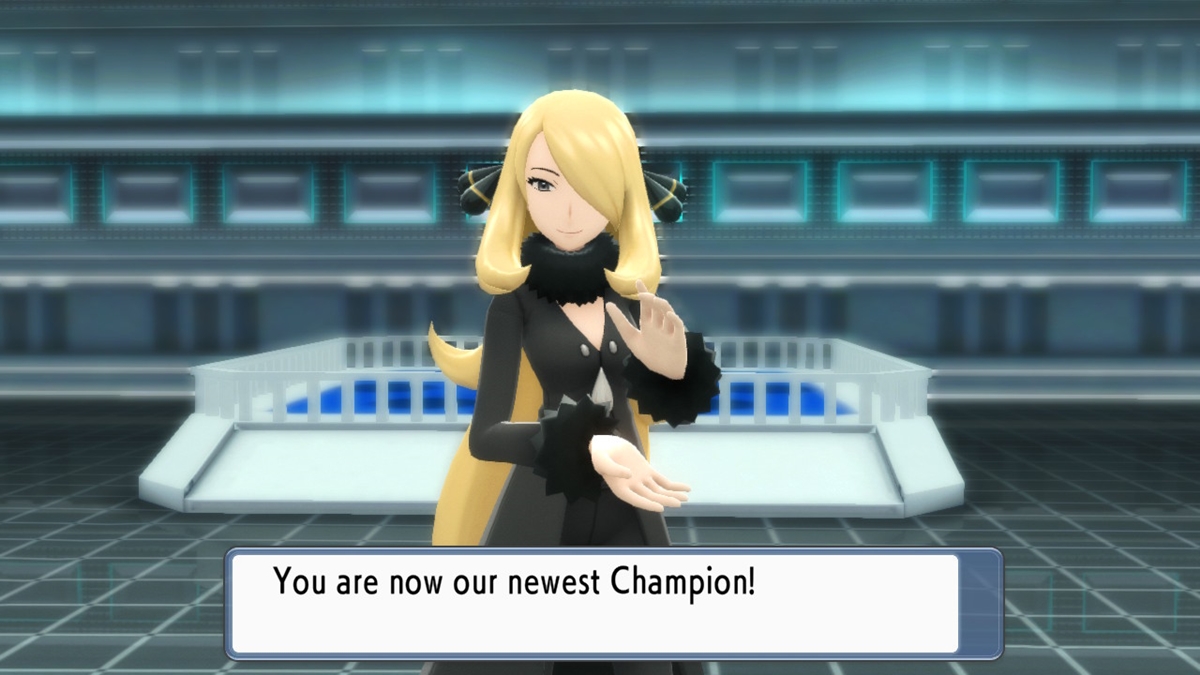 At this point, there isn't much else to discuss apart from the post-game content, and much like Sword and Shield before them, we can expect BD/SP to have a number of DLCs showing up in the months to come. Notably, this will probably include minor storylines for us to follow in order to attain some of the region's most prized Legendaries, like Darkrai and Shaymin, though to be honest, I'm just happy they're no longer locked behind regional distributions and special event items like the original Diamond and Pearl.

For the collectors, these DLCs coupled with the new Ramanas Park feature should be more than enough to keep them busy, while the "battlers" can enjoy VS Seeker rematches with story Trainers and Gym Leaders as well as the back-to-basics Battle Tower. Although I'm a little miffed that they didn't bring back the entire Battle Frontier from Platinum (which I loved to bits), I quite like that you can return to fight the Trainers on the various routes every so often, and they'll be much stronger too - it can be quite dull just grinding out the Elite 4 and Champion over and over again, and being able to do so makes the characters feel slightly more realistic.

Additionally, the aforementioned challenge factor carries over to this aspect as well - Gym Leaders and League Trainers will actually utilise competitive strategies as well as EV and IV-trained Pokemon, which I feel adds some much-needed complexity to the post-game, especially for veteran players. 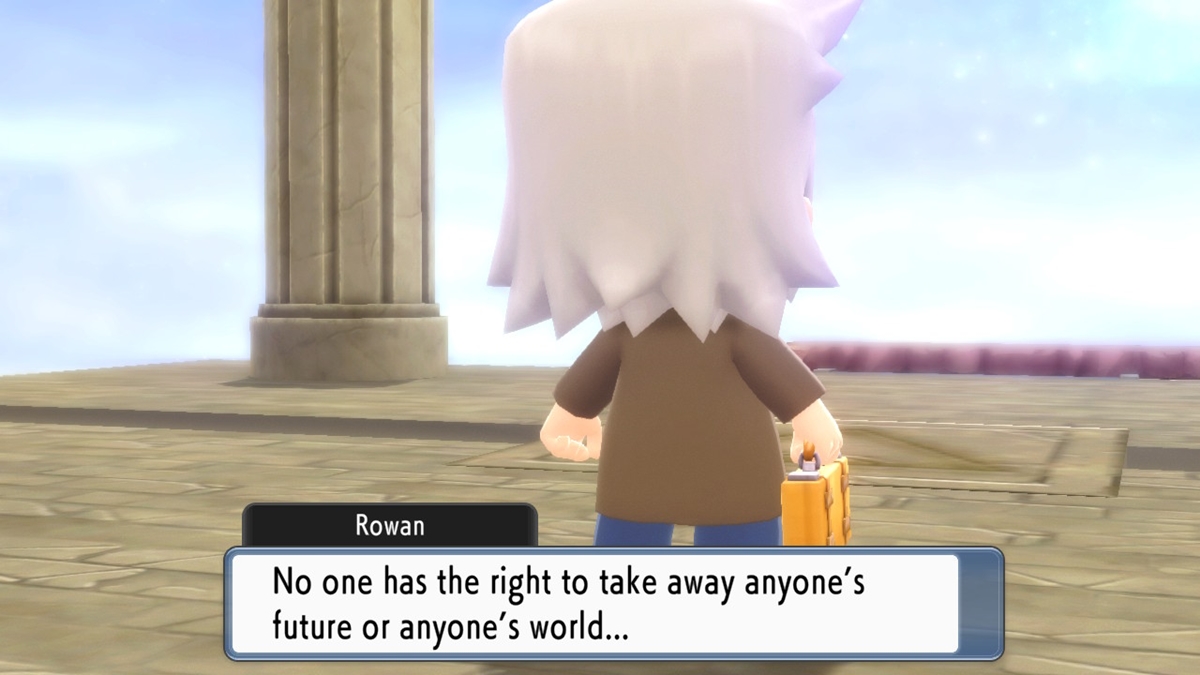 So, what's the overall verdict on Pokemon Brilliant Diamond and Shining Pearl? Well, the fact of the matter is that if you're a Pokemon fan, chances are you'll probably buying it regardless of what I say, or maybe you've even got it already. For those who are new to the franchise, though - I think it's one of the better places to start. Sure, it might take a while for you to really get into the groove of things due to its regrettably underdeveloped antagonist, those pesky single-use TMs and a surprisingly challenging Pokemon League, but outside of that it's a fantastic display of what made the original Gen 4 games as memorable as they were.

As an added plus, if you intend to dabble in competitive battling afterward, you won't even need to bother about mechanics like Mega Evolution and Dynamaxing, so in that sense, BD/SP are probably the best games for you to start learning the ropes. It's not going to be easy, but it's as people say - nothing worth doing ever is, and I don't regret learning the intricacies of the franchise at all. Of course, you could also just focus on getting your favourite 'mons to Level 100 for the fun of it - whatever floats your Wailord.

Write a Review
Compare This | Specifications
Aesthetics are pretty good but might take a while to get used to
Nostalgia factor is (mostly) there
Grand Underground is way more dynamic than the original
Good entry point for beginners to learn basic competitive synergies
Feels grindier and less expansive than Sword/Shield
Worldbuilding and character development pales slightly in comparison to the original
Let's just give Garchomp Swords Dance - it'll be fun, they said.
Our articles may contain affiliate links. If you buy through these links, we may earn a small commission.
Sponsored Links