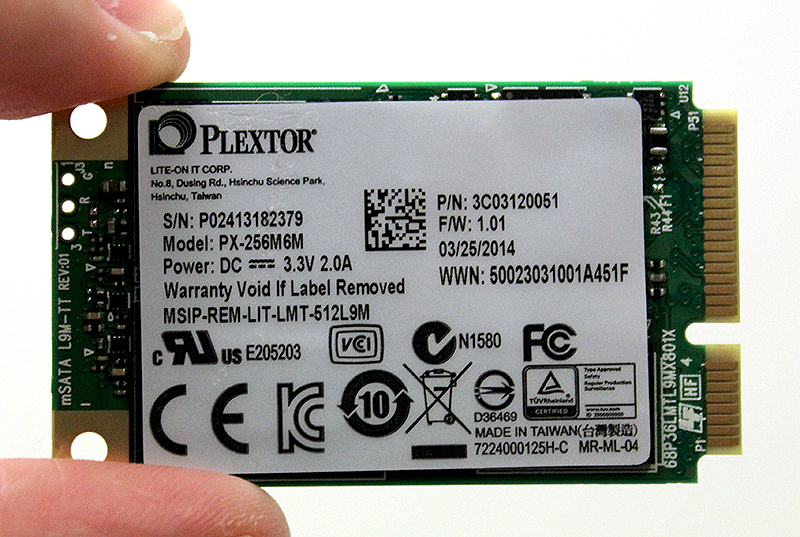 Prices of SSDs have been on a downwards trend in the past year and have never been more affordable. What’s more, the start of this year saw the launch of many new SSDs targeted at mainstream users, which has surely helped drive prices even lower. Now, many mainstream SSDs such as the Crucial M550, Samsung SSD 840 EVO and Plextor M6S can all be had under the magic $1 per gigabyte mark.

Speaking of the Plextor M6S, it was launched earlier this year at CeBIT 2014 and it was introduced alongside the new mSATA-based M6M and PCIe-based M6e. Together, these drives formed the lineup for Plextor’s new M6 series, and they were only recently joined the new M6 Pro with PlexTurbo caching technology,  which was just launched at Computex 2014. And today, we will be taking a closer look at the mSATA-based M6M drive.

Since the Plextor M6M is based on the mSATA form factor, it is naturally very compact, measuring just about 5cm long and 3cm in width and weighs less than 10g. Looking at it, it is quite unbelievable how something of this size can hold 256GB worth of data - there is even a 512GB variant. 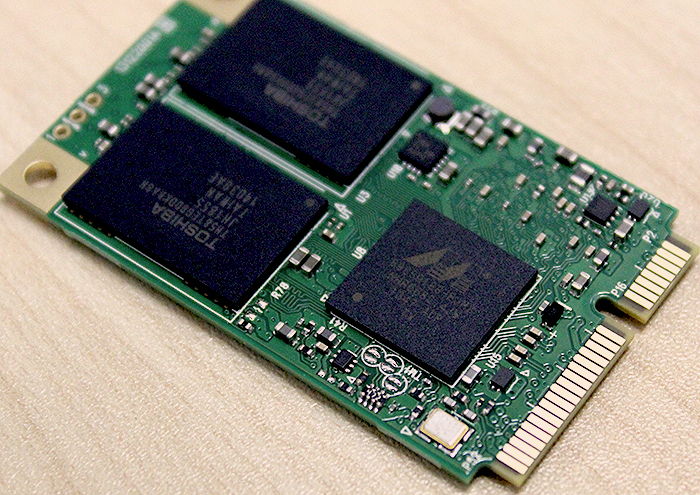 Taking a closer look at the drive, we can see that it is driven by the same Marvell 88SS9188 controller as the Plextor M6S. As we have mentioned previously, this controller is really a pared down version of the more powerful 88SS9187 found in high-end consumer SSDs like the Plextor M5 Pro Xtreme and SanDisk Xtreme II. Chiefly, the 88SS9188 controller has only four memory channels rather than eight. While this will no doubt have a negative impact on performance, but if you think about it, since there is only space for four NAND packages on an mSATA form factor drive, the 88SS9188 is actually well suited for mSATA applications. As for the NAND chips, the Plextor M6M uses Toshiba’s widely used 19nm Toggle-Mode MLC NAND. Finally, the drive is based on the SATA 6Gbps interface, which is not to be confused with the newer and faster M.2 interface.

Since Plextor is favored by enthusiasts for its reliability, it should come as no surprise then that the M6M is also subjected to the same rigorous testing as its M6S brethren. Specifically, pre-production units of the M6M were put through a 576-hour testing process that includes testing the drives ability to recover from hibernation up to 4000 times, 48-hour 4k read and write cycle tests, warm and cold boot cycle tests, and 24 hours of sequential reads and writes.