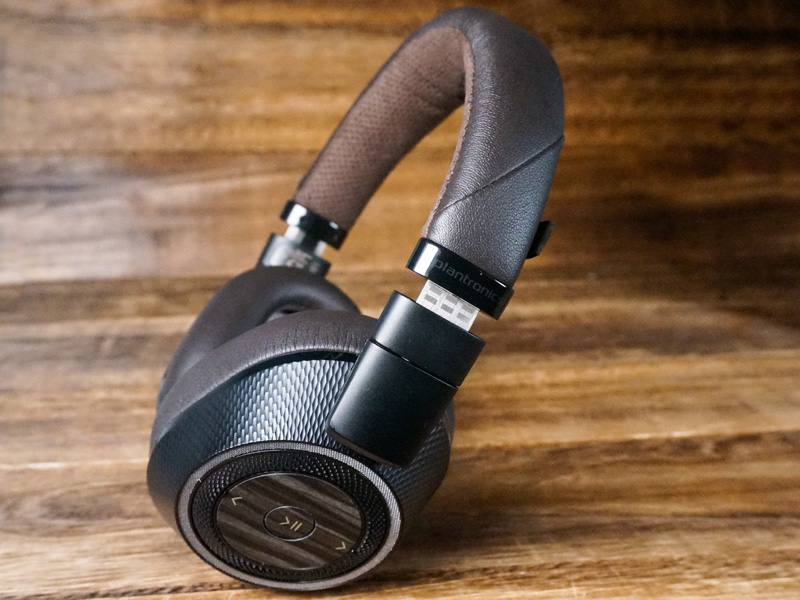 Plantronics really surprised us with its first BackBeat Pro back in 2014, a pair of headphones that blended a well-rounded set of features with impressive audio quality. The company then followed that up with an on-ear headset (the BackBeat Sense) and a new set of in-ears (BackBeat Go 3) before releasing the BackBeat Pro+ in July last year, which added a USB Bluetooth dongle for quality audio streaming from a computer source.

Given that there's essentially no change to the headset from an audio or technical perspective, that decision was a little puzzling to say the least. Why release a successor targeted at a niche market? Well it seems we may have jumped the gun a bit, as we now have the true “successor” to the BackBeat Pro – the BackBeat Pro 2. And while it doesn’t completely rewrite the script, it does make some welcome design changes. 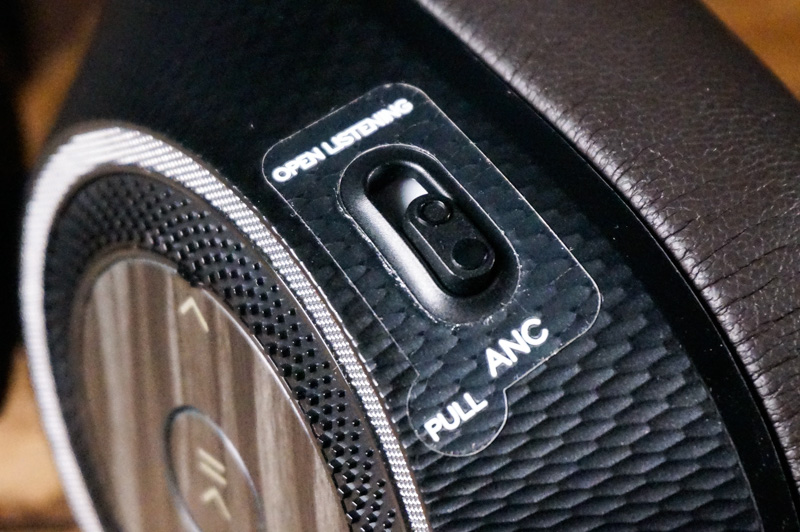 For starters, the BackBeat Pro 2 is noticeably slimmer than its predecessor. Where the BackBeat Pro was distinctly utilitarian in design, the Pro 2 seems to have gone the way of the new BackBeat Go devices, with a stylish, modern look. The controls are also slightly re-arranged, with the Open Listening feature now activated via a slider as opposed to a button press.

That’s admittedly a more convenient solution, though it will take a bit of learning to get used to where all of the controls are if you’re a first time user. Subtlety seems to be a key factor in the redesign. The bright column of LED lights that lit up when you turn on the headphone has been replaced with a more discreet horizontal row across the bottom of the right ear cup, and the large control rings for volume and track control have been replaced with buttons and a movable inner ring. 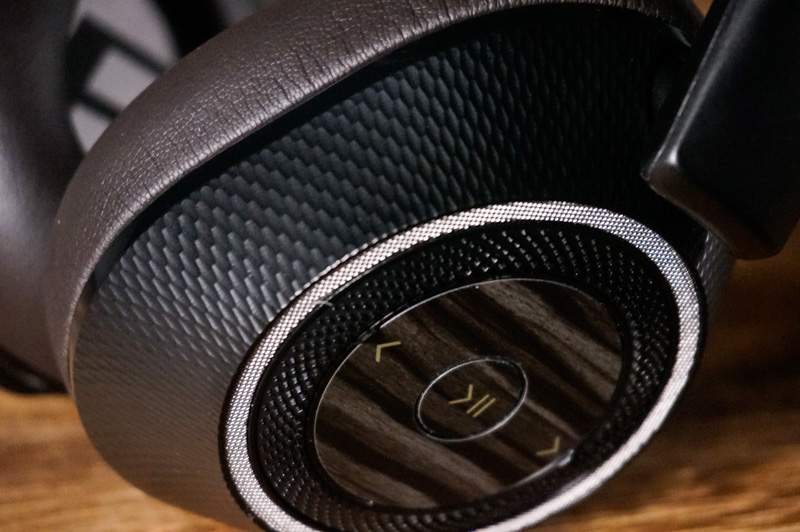 Whereas the ear cups on the original were large and round, the new ear cups are more oblong and feature a texture finish with a wood grain center plate on the outside. The open listening feature has also been retained, only this time it shares a switch with the ANC function. This shuts off your music and activates the external microphones to let you hear what’s going on. Handy when you want to hear what people are trying to say without having to take off your headphones. 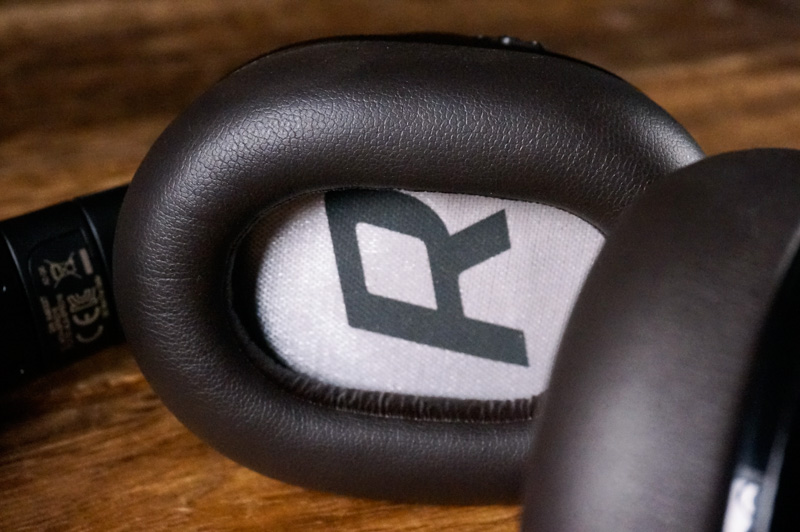 As with before, the S$319 Pro 2 comes with a soft travel pouch, but you can also opt for the premium version (the BackBeat Pro 2 Special Edition) in Graphite Gray for S$379. That comes with a hard shell case and also adds NFC support for easier pairing.

On to audio testing. As usual, we tested the BackBeat Pro 2 with a variety of tracks from different genres and it seems that while Plantronics hasn’t said anything about using new drivers, the Pro 2 does actually sport a slightly different sound. In a nutshell, the new headphones sound a tad brighter and has a tighter bass response.

For example, listening to the unplugged version of Eric Clapton’s Layla, the Pro 2 reins in the bass line perhaps a little more than needed, making the bass sound a little thin. Contrast that with the slightly bloomy bass from the original and you’ll really have to decide what you like better. Moving on to a recording of Fireopal by Ottmar Liebert, we get the sense that clarity is also slightly improved compared to the original. On this particular piece, the bass seems to be just right, but the highs can come off as a little sharp, again reflecting the shift in sound signature of the Pro 2.

We started our formal testing with Adele’s Melt My Heart to Stone and found that the BackBeat Pro 2 gave a good warm delivery on this track with just a slight bit of sibilance. Adele’s vocals are slightly forward, and the headphones did a good job of managing a slightly booming bass with the finer mids of the violins and pianos behind her.

Moving on to Hotel California by The Eagles, the headphones again demonstrated good detail in the trebles and mids. As noted, bass response on these headphones have been tightened slightly, but there was a nice ring to the guitars on this piece, and the headphones’ slightly warmer sound lent well to the piece.

Next up, was Buckethead’s Sail on Soothsayer. This piece suits the BackBeat Pro 2 the best, as there is a substantial amount of bass groove to the track, and the headphones were able to reproduce good detail in the mids and highs, bringing Buckethead’s heavy distort guitar to life. The intro was nicely delivered and we do think the tightened bass response on the Pro2 allows for a better delivery than from the Pro+.

Finally, we ended with Tiesto’s Elements of Life. With this piece, the Backbeat Pro 2 again delivered on the thumping bass line. There was a good sense of energy to the piece, and the headphones did a fairly nice job in delivering a wide soundstage. What we felt could be a little better was the performance in the lower mids, as this got a little muddy halfway through the track.

The BackBeat Pro 2 continues the line of BackBeat Pro headphones in offering a great set of features with solid audio performance for a price that puts some of its competition to shame. It handles all genres of music well, is comfortable enough to wear for long periods of time, and has a great 24-hour battery life to boot. You won't get the last word in clarity with these headphones, but for just S$319 you’ll be hard pressed to find better sounding headphones that offer the same feature set. In fact, we’d even recommend this over its slightly older sibling the BackBeat Pro+ , as the new design is a lot more streamlined and you practically get the same feature set for a lot less.

Write a Review
Compare This | Specifications
Well-priced wireless headphones with active noise cancellation
Handles most genres of music well
Great value for money considering price vs. feature set
Doesn’t have the precision or detail to match up with top ANC headphones
Some may not like the faux wood design
Our articles may contain affiliate links. If you buy through these links, we may earn a small commission.
Sponsored Links