Moving Up A Peg

Pioneer has a long history with audio products. In recent times the company has diversified to include DJ consoles and portable speakers to keep abreast of the times, but the core of their business revolves around home theater related products such as the Pioneer HTZ-HW929BD. This is a home cinema system and an upgrade to the older HTZ-HW919BD system which we have previously reviewed approximately a year ago.

Besides some simple cosmetic changes, the design principles from the HTZ-HW919BD have been carried forward to the new product. Aesthetics of the product are still drab black and somewhat bland. The HTZ-HW929BD is also a three-piece, bundled home theater solution and comprises of the XV-BD922FSW Blu-ray Disc Receiver, S-BD922HW Sound Wing Bar Type Speaker System and the S-BD922SW Subwoofer.

Most modern sound bar systems are two-piece systems where the Blu-ray player is integrated with the speakers in one long bar. However, the upward facing Sound Wing system means that the aforementioned integration is not possible with the Pioneer product, because one of its design attributes is to keep the Sound Wing thin and sleek. Because of the three-piece configuration, the new product still suffers from some of the shortcomings of the older sibling. For example, setting up is still a hassle and cabling is hard to manage. We expected the HTZ-HW929BD to address some of these issues somewhat and we're a little disappointed that these niggling matters still persist.

However a look at the power output of 150 W shows that there actually is a difference in the internal circuitry of the S-BD922HW Sound Wing speaker system. The old S-BD919HW HVT bar-type speaker of the Pioneer HTZ-HW919BD system had a power rating of 180 W. While having a lower power output isn't usually a positive sign, there might be other design aspects that led to the change in power output. We will see how the change affects the audio quality in our testing segment on the following page.

While the naming convention doesn't really state it, the Horizontal-Vertical Transforming (HVT) technology is retained and it refers to the conversion of the horizontal movement of the voice coil into vertical movement of the diaphragm which makes this sound wing design possible. It helps to cast a better sound-stage while keeping the vertical height in check, which it did well for the HTZ-HW919BD. Consequently we expect the HTZ-HW929BD to also have a good soundstage.

Seeing that the dimensions have not changed at all, the older positives of the sound wing having a low profile remain. There is no risk that the S-BD922HW Sound Wing will block the IR port of your TV if it's put in front of the display, which is a pertinent concern when choosing a sound bar.

The older S-BD808SW Slim Subwoofer from the HTZ-HW919BD had a rectangular profile and was unable to impress when reproducing the low registers. The newer S-BD922SW for the HTZ-HW929BD  sound system is closer to a cube in shape and profile by comparison. Despite its looks, it's still quite light and weighs only 3.4kg. In our opinion and experience, the subwoofer is on the smaller (and lighter side) when compared with the rest in the same playing field. But with the newer profile, we are cautiously optimistic that the Pioneer HTZ-HW929BD will be able to do a better job handling bass than its predecessor. The fact that the new subwoofer has a power output of 250W compared with the older model's output of 200W also makes us hopeful that we will experience better lower registers. More about it performance in the following pages. 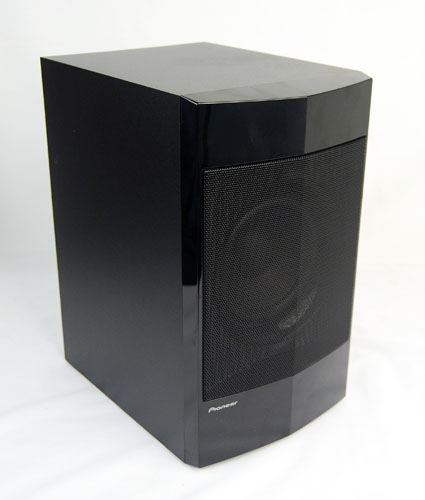 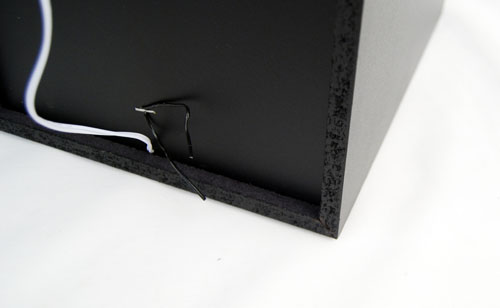 Some of the changes from the older sound bar system to the new Pioneer HTZ-HW929BD reside with the XV-BD922FSW Blu-Ray Disc Receiver. While the broad strokes of design are similar, you can see that the volume dial has been shifted closer to a more central location. 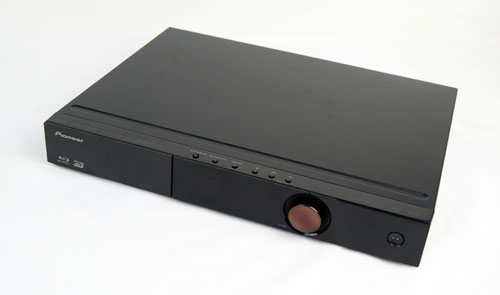 The archaic disc load-out is still retained, which is a bit of a letdown. However a new flap cover has been added on the right hand side of the front face. Uncovering it reveals two USB ports for easy access, as well as an Aux-In and a Microphone port. The microphone port is provided so that users can enjoy the Karaoke functions of the HTZ-HW929BD system. 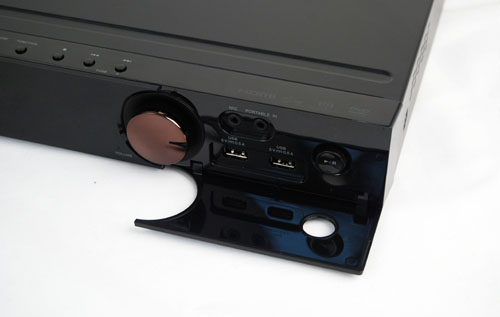 On the rear of the unit, you will find one HDMI output and dual HDMI inputs, as well as two optical audio inputs and a single composite video output option. A LAN port is provided for connecting to the web. This Pioneer product does not come with a full smart feature suite per se, but users can enjoy YouTube and Picasa services with the Blu-ray player. Though severely limited when compared with more full featured smart functions from more established consumer electronics giants, it is a notch better than not having any web content functionality at all. Suffice to say, these are just extra perks and not the main expectation from an sound system.

With regards to wireless connectivity, the HTZ-HW929BD is able to connect to devices via Bluetooth and DLNA protocols. This gives users the options to link up to the sound system through a quick, but lossy method (Bluetooth), or go through a bit of hassle in configuring their home network settings on their playback device to make use of higher quality wireless transmission over their network (DLNA).

Like the older sound bar, the new Pioneer model also comes with an iPod cradle. However it does not support the new Lightning Connector and hence it's not forward compatible with Apple’s new range of products, rendering this feature redundant (unless you plan on using your old iPod for a long time to come). FM Radio capabilities are also included.