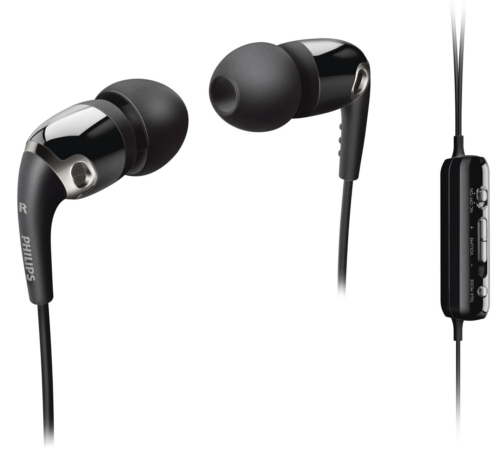 Neither Grado nor Westone, this latest pair of in-ears from Philips was designed to woo music lovers looking for an affordable noise-cancelling solution. Released three months ago, the Dutch electronics firm continues their foray into the active noise-cancelling space with two new in-ear monitors, the SHN2600 and SHN4600, the latter of which is on test this issue.

Effectively, the SHN4600 is touted to block off up to 16dB or 85% of external noise. According to Philips, the SHN4600 is ranked above the entry-level and cheaper SHN2600, with the SHN4600 offering ten per cent more in terms of noise reduction qualities.

The audio package arrives in a comprehensive bundle, which includes a black zippered pouch, three silicon buds, 6.3mm adapter, aircraft plug, and a single AAA battery. Dressed mainly in black, the SHN4600’s wires offer a versatile neck-strap configuration which can be worn in front, or draped behind the head. We’d recommend the latter since the headphones are susceptible to cable thumps, and also to offset the weight of the cumbersome noise-reduction unit.

We found the best fit with the mid-sized earbud, but users with larger ear canals might have to opt for the largest-size silicon tip. When tried, passive noise isolation alone was good enough to block out a fraction of the ambient clamour. Unfortunately, the SHN4600’s so-called active noise cancelling attribute failed to obliterate external noise, mid and higher frequencies also managed to creep through.

On the other hand, the Talk Mode feature proved useful when engaging in conversations or eavesdropping with the in-ears on. To enable it, simply press and hold the Talk Mode button located on the noise-reduction unit.

More power is required to drive the in-ears due to its higher impedance, compared to the stock Creative EP-830 which accompanies the Creative ZEN X-Fi, for example. And the same phenomenon was experienced when we plugged the SHN4600 into a desktop computer’s headphone outlet. As such, you might need to pump up the volume to attain decent output from the SHN4600. 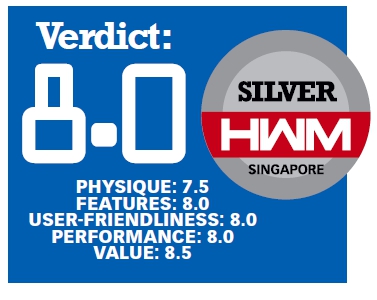