Philips’ audio line-up has significantly improved over the course of the years. The products launched under the banner of “Obsessed with Sound” feature a great range of excellent sounding devices such as the DS9000 and the DS9/10 from the sound dock categories. However, we step away from the Fidelio brand and run the rule over Philips' sound bar offerings and see if they can live up to the same high standards. 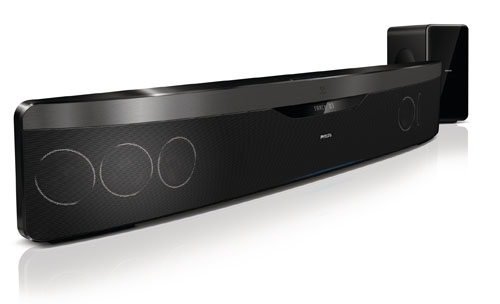 The contender we had in our labs was the Philips HTS7140, which can be classified as a mid-range sound bar. With a recommend price of S$1199, the HTS7140 offers a simple system of one subwoofer and a large horizontal speaker unit the integrates a Blu-ray player as well. In fact, according to the company's own nomenclature, they call these as 1.1 audio solutions - obviously because there's just one physical audio unit while the subwoofer makes up for numeral after the decimal place. Without multiple discrete speakers, the unit ensures you'll have an out-of-the-box functionality right from the start. This is pretty much in-line with the rest of the company's sound bar solutions.

All you need to consider is the best location to place this unit with regards to your TV, connect the power cord and a HDMI cable that links up with the TV and you're good to go! It's definitely a smooth ride for any beginner hoping to upgrade their TV's audio system effortlessly. We guarantee that in less than five minutes, this sound bar solution is ready for use - including the time needed to get it out of the box packaging. Although we have not yet factored the time needed to hook up the subwoofer, the audio solution is usable without it. Of course, we do recommend hooking up the subwoofer for better overall sonic performance, but we'll touch more on that soon enough.

Examining the main sound bar unit further, its physical aspects are probably what would grab your attention first. It's a pretty chunky unit  with a listed weight is 6.4kg, which is anything but inconsequential. When we finally placed the sound bar in front of our TV, we found that the device was large enough to actually infringe on the Philips 6600 series LED TV screen we had incorporated as part of our test bed. It's so obtrusive that your TV becomes unusable because the IR port of the TV is blocked, or you can't see the bottom quarter of your screen properly, which includes subtitles. You're then left with these options:-

While the most ideal sound bar placement would be to conveniently place it  at the foot of the TV, our experience has shown that many sound bars aren't designed with this in mind, such as this HTS7140. The size and weight would also make this sound bar difficult to wall mount by yourself, but it shouldn't be an issue with contractors.

One key reason for the large size of the the Philips HTS7140 is the fact that the horizontal speakers come equipped with a built-in Blu-ray player.  A well-designed, intuitive and smooth user interface makes using the integrated Blu-ray player one of the star features of this product. Navigating the menus and altering settings is a breeze. The remote control provided is also a joy to use and has great ergonomics, which gives this sound bar a high score for usability. 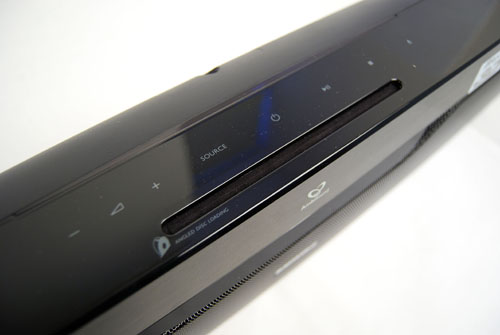 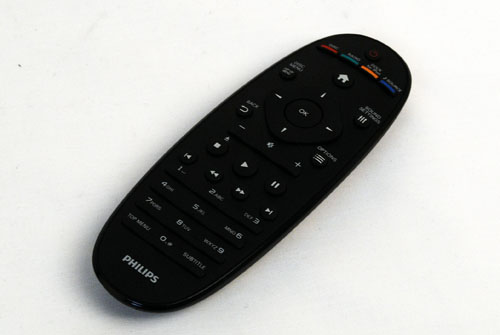 As is to be expected, the device also features Dolby TrueHD and DTS-HD technology decoding capability for high fidelity surround sound. In addition Philips’ own AmbiSound feature is also present to help the sound bar achieve greater realism when rendering audio. It tries to achieve this feat by using array processing and angled drivers built into the main sound bar unit. Although unable to actually replace a true 5.1-channel sound system, the AmbiSound feature it supports helps to improve the overall audio soundstage performance of the sound bar. Rest assured, we will judge the veracity of Philips' claims with thorough testing on the following pages.

While the HTS7140 sound bar does have a USB port located at the front, it is only capable of playing music from USB based drives. However, you will not be able to plug in your iPod and stream tunes via USB. To tackle this, you'll need a proprietary Philips dock for iPod and iPhone device compatibility. This cradle will set you back by S$99, something which we had hoped would be part of the package. 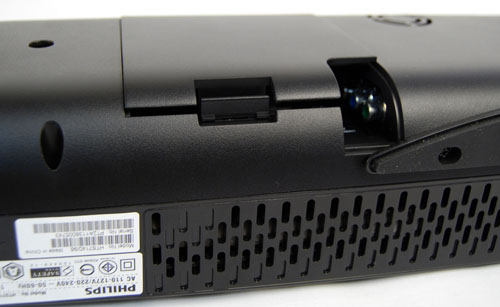 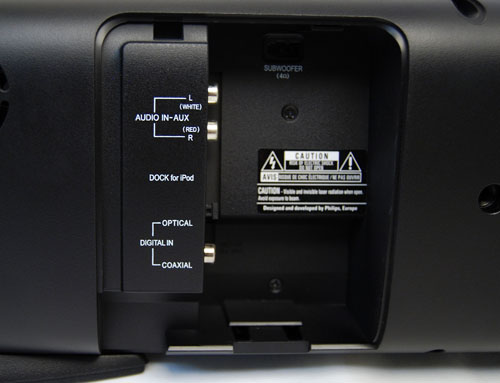 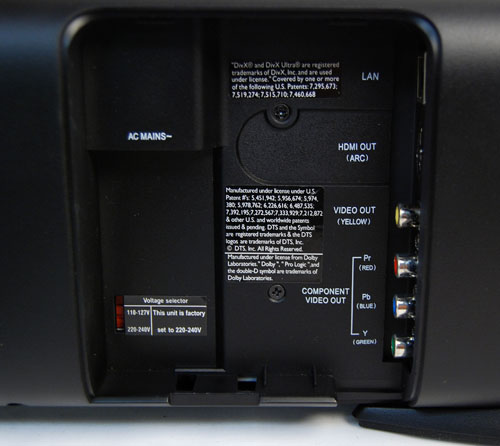 Unlike the higher end HTS9104 sound bar from Philips, the Philips HTS7140 is incapable of connecting to devices wirelessly and and as such, doesn't support DLNA either. A physical connection must exist between the sound bar and devices for it to function. Having said that, there is only one HDMI port available which would naturally be used for linking up the TV. This means that there are no opportunities to pair the sound bar with any other devices via HDMI. While the built-in Blu-ray player mitigates this oversight slightly, you will not be able to use an all digital connection to the sound bar to work in conjunction with other sources such as gaming consoles for example. Instead, you'll have to rely upon more traditional video connection options such as Component and Composite outputs as can be seen in the photos above.

The HTS7140 comes bundled with a substantially sized passive subwoofer unit. Despite not powered and amplified on its own, the passive subwoofer maintains is hefty at just over 6kg, but is armed with a 6.5-inch driver and boasts specifications to deliver good bass with impact. We just hope it does not overshadow the other subtle nuances of music and movie soundtracks.

We noted that Philips has decided to go with a bass reflex port design on the subwoofer for the purpose of enhancing low frequency performance. An important point to note is that bass reflex ports need to be placed next to walls to properly fulfill its designed functionality. Unfortunately, they are also notoriously prone to producing loose, sprawling bass when not implemented properly and not placed in optimal positions. Our performance section will deal extensively with whether or not this flaw is present in this sound bar. 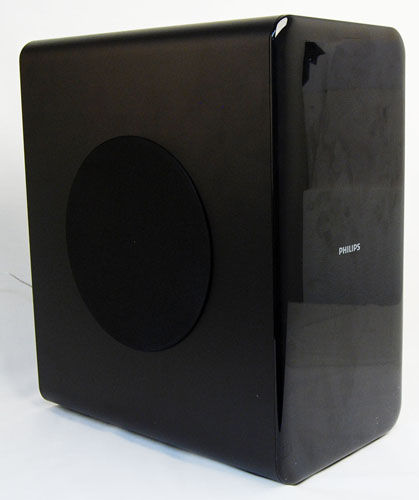 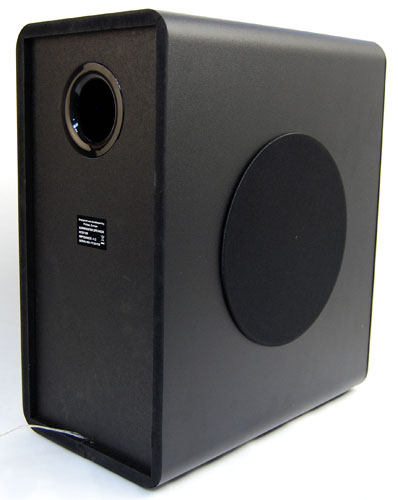