Looking back, the introduction of the iconic iPhone that led the smartphone revolution and its apps ecosystem, coupled with the evolving and expanding iPod range of products meant that an Apple device was the masses' choice for a portable music player. And it has been a very decent choice for most people as far as sound quality and audio reproduction is concerned from a mobile device. Add to this, Apple has also persisted in maintaining that classic Apple 30-pin connector throughout various product iterations. All these factors combined with the stable connectivity choice meant an explosion of 'iDevice' supported audio peripherals such as speakers and docks of all sizes, shapes and colors. Many of them even focused their attention on making the best docking speakers possible for Apple products.

In more recent times, the landscape is very different. Android powered phones came to the fore to give the iPhone a strong challenge in the smartphone realm. The micro-USB connection used ubiquitously by Android devices meant that pure iPod docks would alienate a large and growing audience who're not on the Apple camp. This fact, coupled with Apple’s decision to implement the new "Lightning connector" with the iPhone 5 meant that a lot of speaker manufacturers have switched to using Bluetooth to provide wireless connectivity. Sure Bluetooth is a lossy transmission format, but it allowed the audio manufacturers to sell speakers which were compatible with both Android-based and Apple devices via the A2DP profile without concerns of their physical connection options. 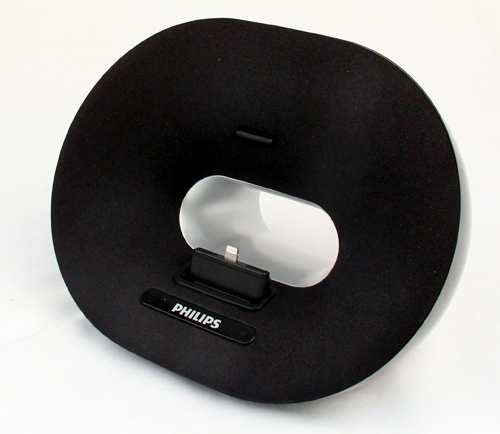 Since there is still no reliable way to transmit audio over micro-USB, Android users will have to be content with using line-in via 3.5mm port for playback or be satisfied with lossy, wireless transmission through Bluetooth. But with the launch of the iPhone 5 and the coming of the Lightning connector, some audio dock vendors decided to revisit the concept of an Apple dock. The Philips DS3205 is one of the first docks for the iPhone 5 to enter in the market and we take a closer look at it in this review.

The Philips DS3205 comes with a Lightning connector and hence is compatible with Apple’s iPhone 5, seventh generation iPod Nano and the fifth generation iPod Touch. The product comes with a 3.5mm port for line-in connectivity which means other devices such as Android phones or notebooks can also be used as the content source. Important to note, this docking speaker has no wireless playback capabilities. 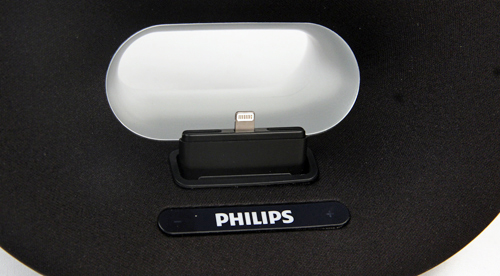 The speakers themselves follow the classic Philips design evidenced with the Fidelio range of products. You will find a recessed center, backward slant and a curved back. The front of the speakers is covered with a cloth grill, while the back panels are glossy and black. If you put the DS3205 face down, it resembles an upturned bowl. While there is nothing eye catching about the design, we were put off slightly by the fact that the glossy rear of the speakers was prone to finger prints and smudges. 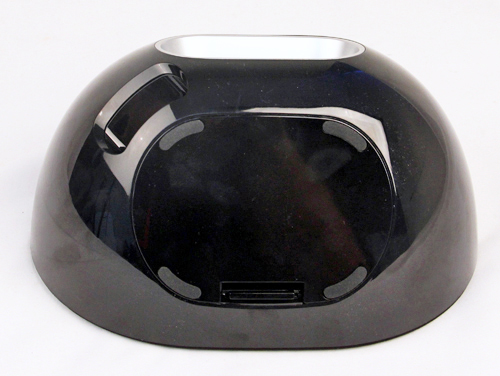 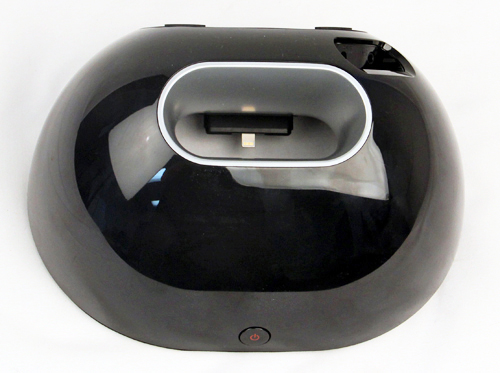 In terms of hardware the Philips DS3205 is specified as a stereo sound system, which suggests the presence of two drivers. While the size of the drivers is not given, it is specified that they use neodymium magnets for operation. The speakers are capable of delivering a total of 10W RMS power output. From the size and the specifications, it seems like the Philips DS3205 is meant for a personal listening experience. It has the capability to fill a small to medium sized room with audio easily but may struggle to deliver ample volume for larger spaces. We will definitely gauge its volume capabilities in our testing section on the following page. 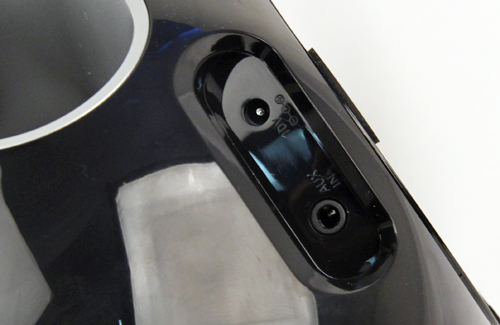 Philips has equipped their speakers to be portable to a certain degree. The device does not weigh much, just 1.1kg, and is capable of operating on four AA batteries for up to eight hours. We would have preferred a built-in, rechargeable lithium ion battery but regular cells do have their advantages as well. Besides being easily purchasable and available, they are a more cost-conscious design aspect to implement. 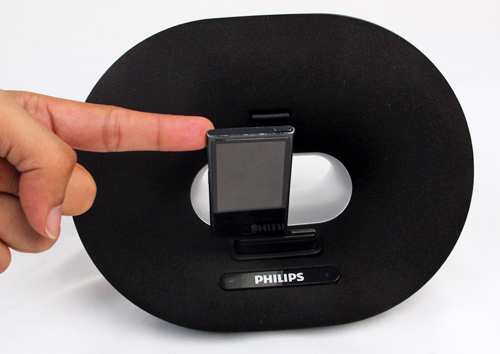 Write a Review
Compare This | Specifications
Docking and charging for iPhone 5
Capable of running on four AA batteries
Good audio volume output
Clipped highs and trebles
Sub-par transient response
Low portability
Devices with thicker covers may have docking connectivity problems
Our articles may contain affiliate links. If you buy through these links, we may earn a small commission.
Sponsored Links