This article first appeared in HWM May 2012. 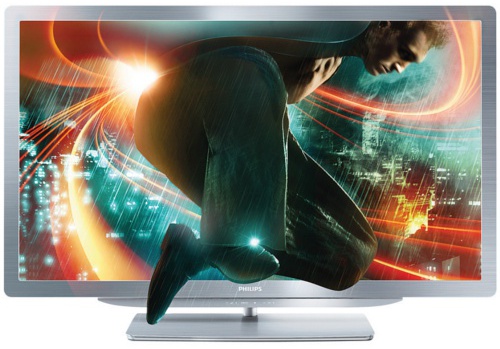 Only a handful of televisions with full-matrix LED backlights were released last year. The Sony Bravia HX925 was one, while the Philips PFL9606 (which we have here) swung by towards the end of 2011. According to the Dutch firm, the 9606 is fitted with 1,000 LEDs with local dimming features (marketed as "LED Pro") to achieve brighter images and improved black levels. But first, let’s discuss the TV’s aesthetics.

For starters, we fell in love with the 9606’s brushed-aluminum finishing. The metallic touches also made its way into the elliptical remote with grooved buttons. Unlike older models, premium-grade Philips HDTVs now sport Ambilight LEDs along the top and sides to provide a more uniform glow around the unit. Marketed as Ambilight Spectra XL, settings range from dynamic (colors follow onscreen images) to various mood presets, such as Hot Lava and Deep Water.

Another unique feature is the built-in speakers within the TV’s stand, which can be used as a wall-mount bracket as well. There’s no shortage of HDMI and USB ports on this 52-inch HDTV, but do note that the composite inlet requires a proprietary breakout cable. A Wi-Fi adapter comes integrated with this set.

Philips has one of the lightest active-shutter glasses around (model: PTA-516), plus it can be charged via a micro-USB port too. However, ‘flickering’ is still a concern with fluorescent lighting while viewing 3D content. Philips also has a new Smart TV platform dubbed as Net TV.

The 9606 did a fantastic job in highlighting the color bands with little hue disparities on DisplayMate. However, the panel is prone to contrast shifts especially along the vertical axis. Powered by Philips’ Perfect Pixel HD engine, the TV’s video processor excelled at moving interlaced images during our HQV tests by employing good reconstruction techniques.

Unfortunately, Philips’ scaler has room for improvement as noted with DVD playback. Compression artifacts were also apparent. Conversely, we found that enabling the TV’s MPEG Artefact Reduction did help to clean up the images somewhat. On Blu-ray playback, the 9606 delivered sufficient visual punch, but hints of backlight bleeds were evident. This can be mitigated by enabling the TV’s Dynamic Backlight (select Best Picture) as well as dimming its Backlight Contrast and Video Contrast features.

Philips has made significant improvements since we last reviewed their 3D-Ready sets. The 9606 offered ample 3D depths and fluidity. Then again, hints of crosstalk did detract from the entire stereoscopic experience. Like most of Philips’ HDTV range, the 9606 won’t come cheap, but it might be worth your while if you are tantalized by its metallic good looks and Ambilight charms. 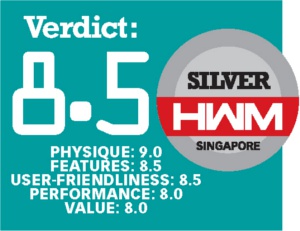