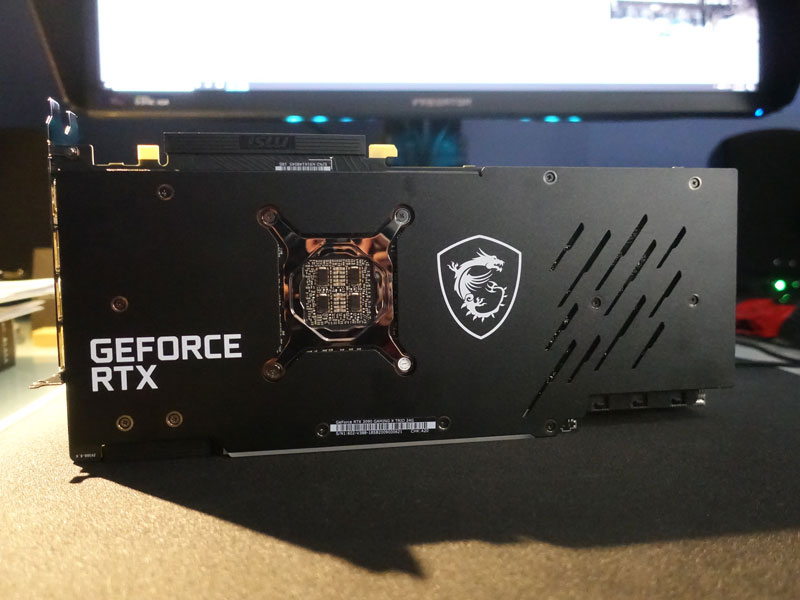 I paced the MSI GeForce RTX 3090 Gaming X Trio 24G against two other key gaming cards; chiefly the NVIDIA GeForce RTX 3080 and 2080 Ti Founders Edition cards. But for comparison's sake, I've also thrown the GTX 1080 Ti Founders Edition into the ring as well - if you have a GTX 10 Series card, the results below will convince you to upgrade to an RTX 30 Series card if you're still sitting on the fence about it.

Due to the short time we had with card, I've only managed to run the 3DMark and selected games in 1440p and 4K resolutions. These should still give a very good impression on how the card performs with gaming. But remember, the card is touted as more of a content creator and/or 8K gaming card. For 4K, there's already the GeForce RTX 3080. More on this in my upcoming NVIDIA GeForce RTX 3090 Founders Edition review.

All graphics cards were installed with the ForceWare 456.16 driver. 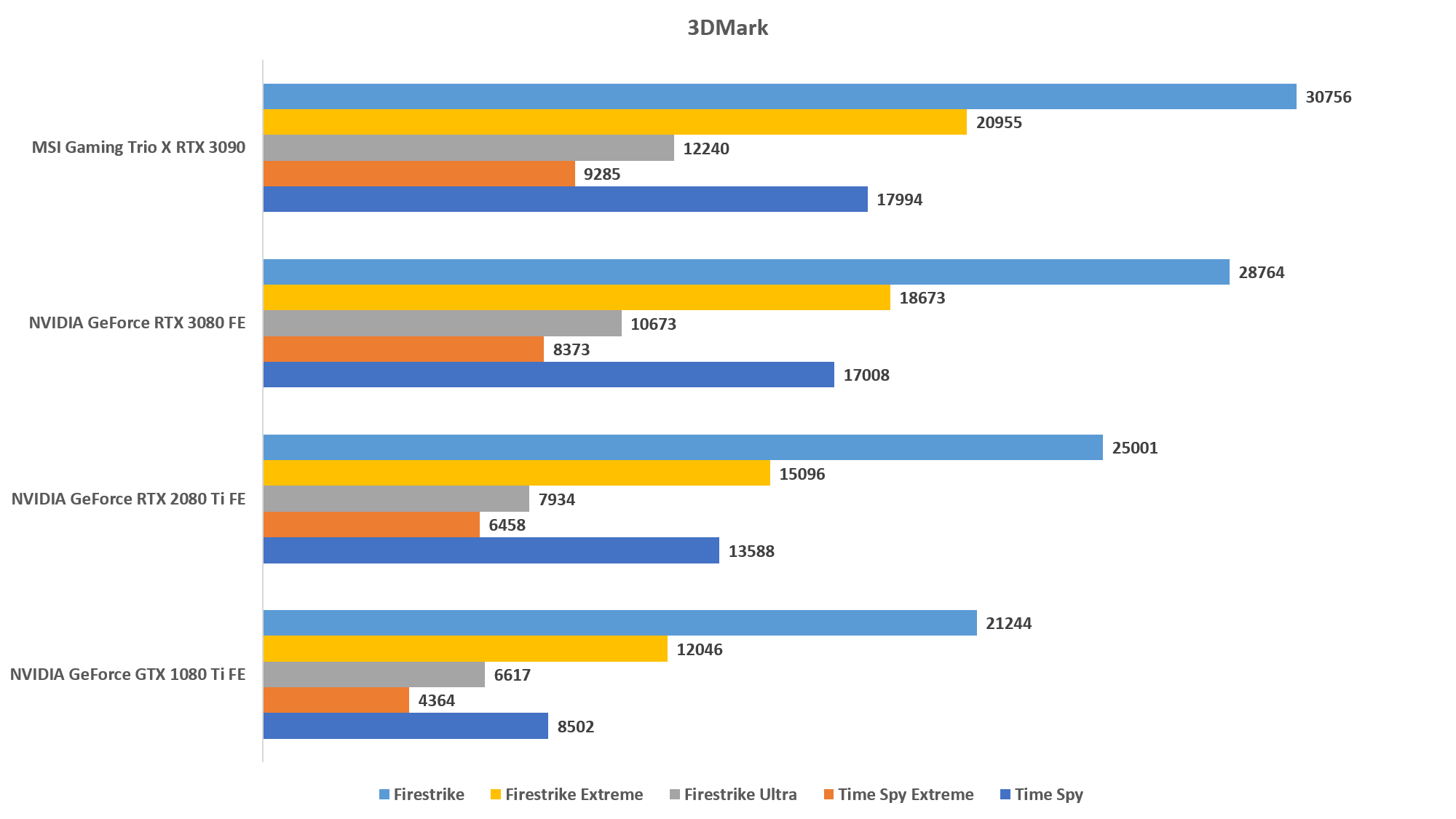 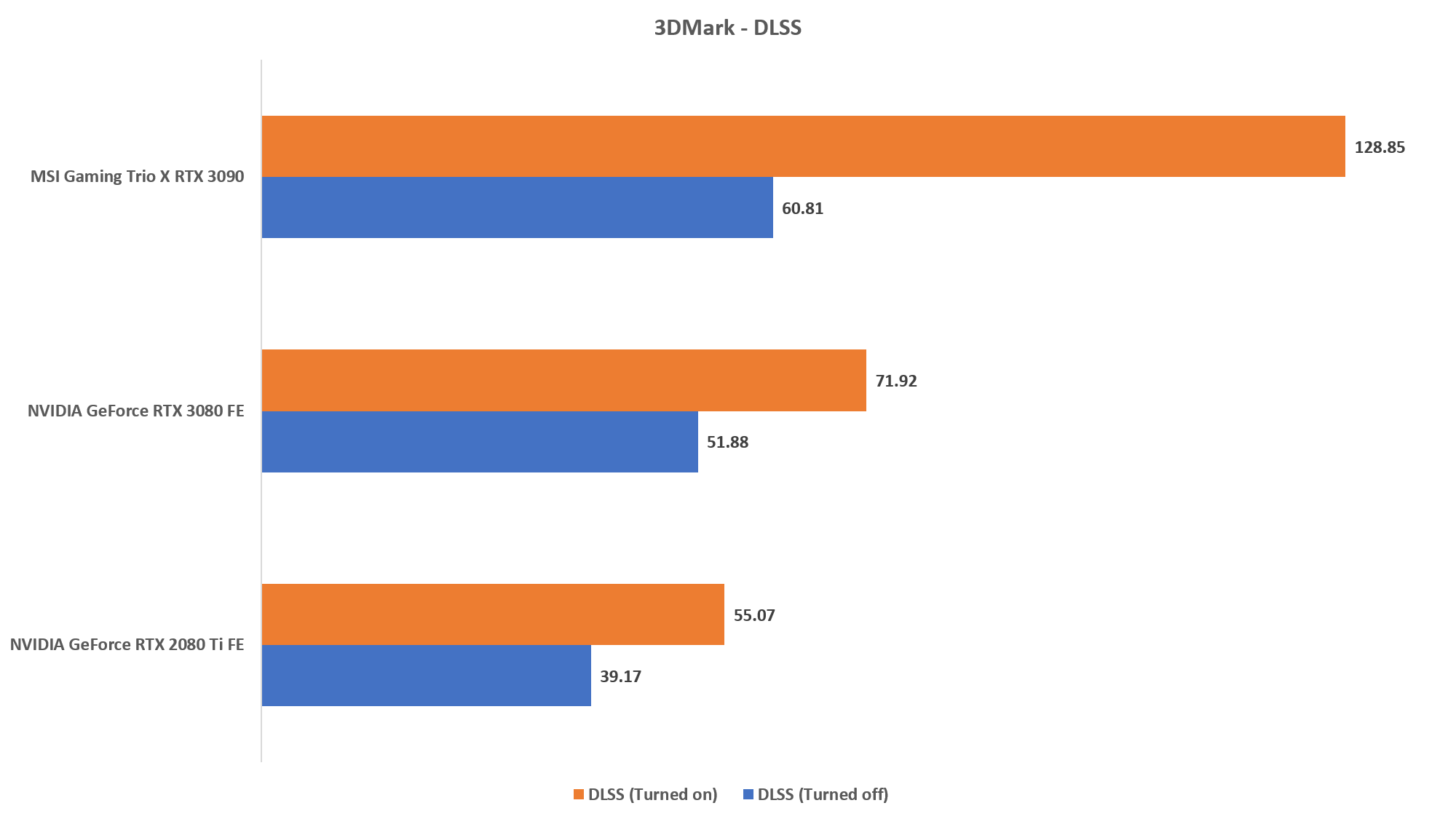 3DMark and DLSS is interesting as it shows that the performance margins between the RTX 3080 and RTX 3090 are negligible across all resolutions be it DirectX 11 (FireStrike tests) or DirectX12 (TimeSpy tests). 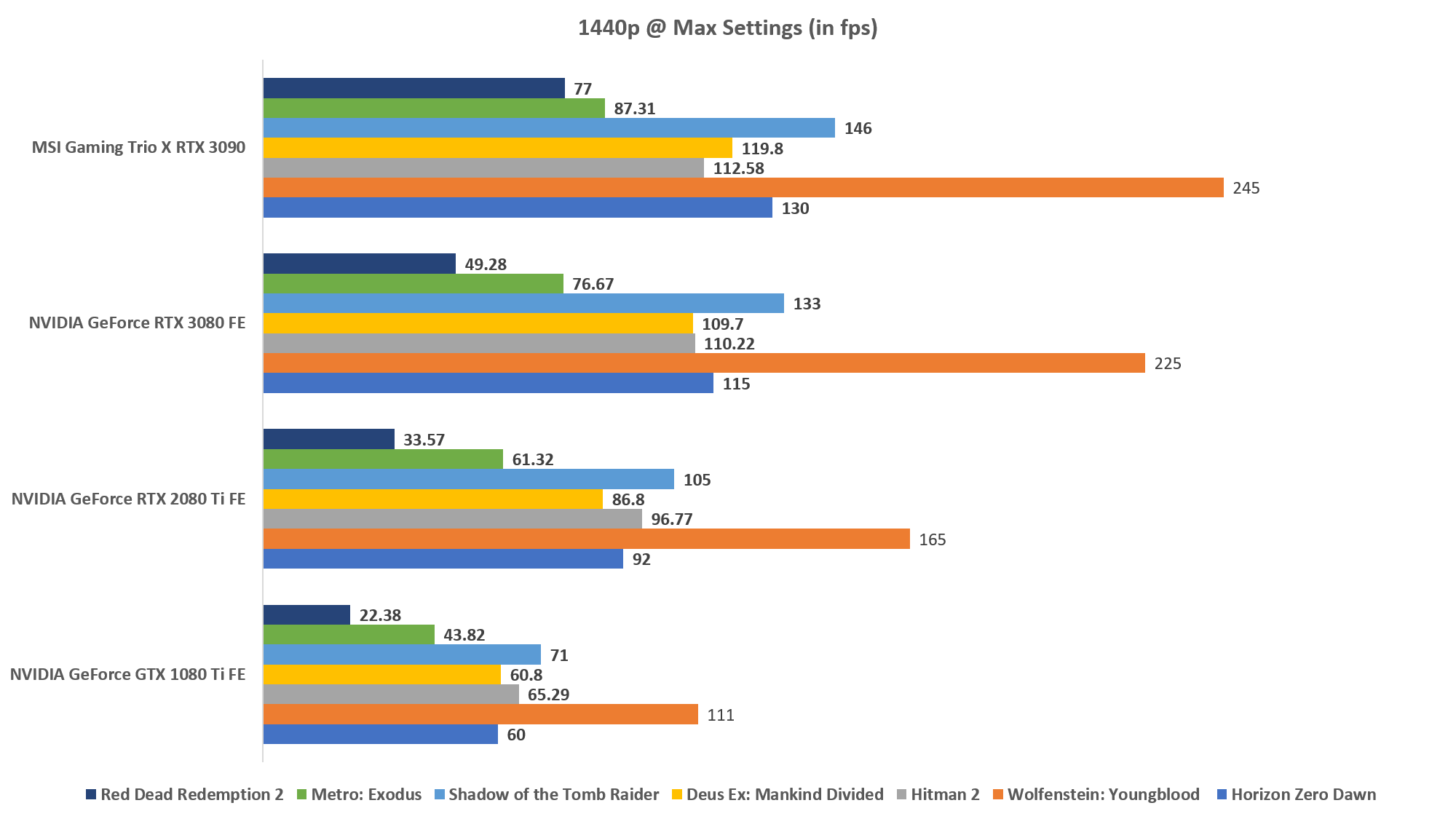 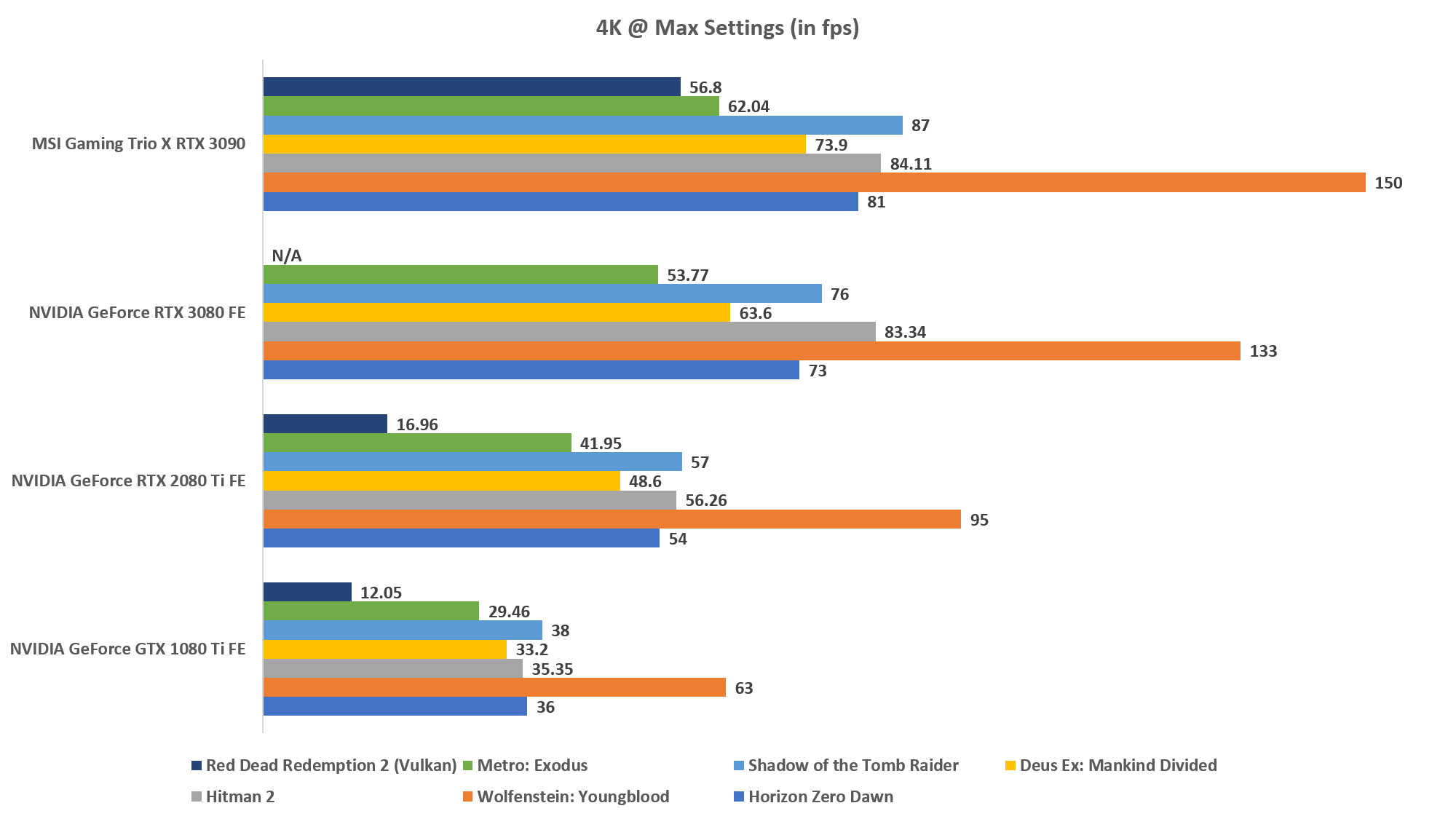 NVIDIA has been opened about the RTX 3090's gaming performance, with anywhere between 10%-15% performance gained over the RTX 3080. That's quite a paltry gain, especially when considering the price of an RTX 3090 card over an RTX 3090. But hey, at least 24GB of onboard video memory allows you to turn up all graphics settings and still make Red Dead Redemption 2 playable at 4K - which the RTX 3080 and its 'lower' 10GB of memory could not. 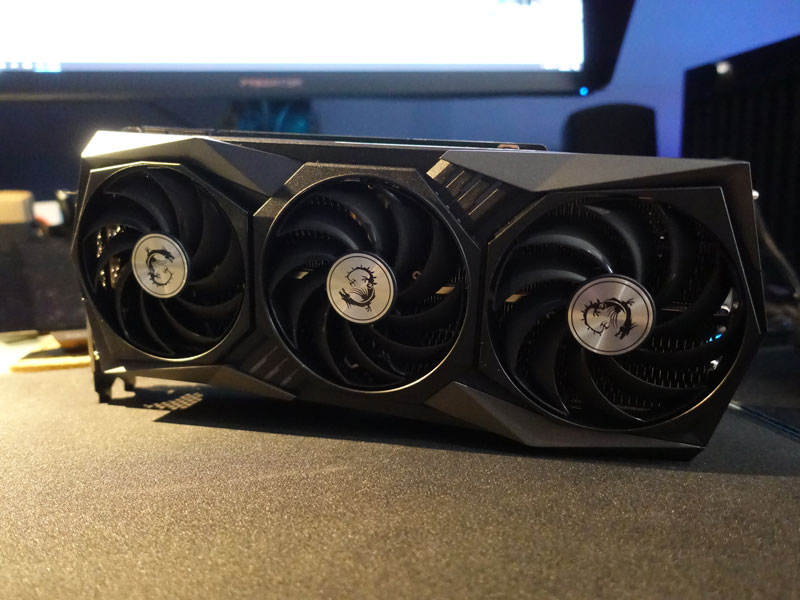 The MSI GeForce RTX 3090 Gaming X Trio 24G will be available from 25 September (tomorrow) onwards. Strangely enough, MSI is still holding onto the card's pricing close to the chest - we are just as clueless as you're reading this article now. But we will update accordingly, alongside with more benchmark results over the next few days.