Are there any serious challengers left to challenge Panasonic's position in the PDP industry with the iconic Kuro out of the picture? Let's not forget Panasonic did adopt some of Pioneer's PDP technologies before Kuro's final exodus. That's just a thought. On a tangent note, anyhow, we did receive a press release from Panasonic Corporation as 2009 drew to a close. The article revealed intimate details of their prototype 3D TV soon to be revealed at CEATEC then. The document spoke of a "50-inch Full HD 3D compatible plasma display panel, and high-precision active shutter glasses that enable the viewing of theater-quality, true-to-life 3D images in the living rooms", if we may quote them. Furthermore, the article hinted at Panasonic’s newly-developed high-speed 3D drive technology, which supposedly provides rapid illumination of pixels without sacrificing brightness. According to what was written, the panel incorporates a crosstalk-reduction technology to minimize ghosting which may occur when left and right eye images are alternately displayed. Now, that does sound like an tenable 3D panel if it holds true, doesn't it? 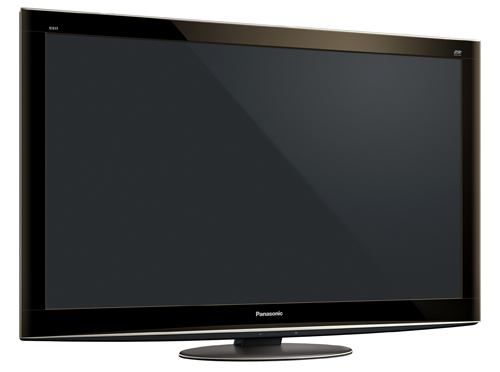 Of course, this was months before Samsung, LG and Sony officially sank their teeth into the 3D TV pie. Today, however, with major television makers taking a full swing at the 3D TV genre, it is evident Panasonic isn't alone in the race. Soon enough, other bigwigs such as Phillips and Sharp will soon have their own versions. While 3D TVs may have started out with highbrow shelf tags, falling prices in recent times and gradual increase in content availability should promote the growth of 3D TVs from hereon. Or should it? This trend is further echoed by DisplaySearch's recent findings.  According to the research firm, 3D TV shipments make up an insignificant percentage, 2 percent to be exact, of all flat panels shipped in 2010. That isn't very promising. However, these numbers are expected to balloon to 41 percent come 2014. Given the way things are going, it's not surprising that most consumers would likely wait for prices to dip even further before they part with their greens for that grand 3D screen.

Before we digress too much, let us evaluate the 50-inch VIERA P50VT20S that has finally hit retail after a long wait since its earlier prototype days. If you happen to notice the odd "T" inclusion in the VT20S moniker, well, you might want to know it's Panasonic's 3D TV identifier for their fresh V-Series range. Join as we delve deeper to find out if the VIERA P50VT20S can overthrow the first movers of the 3D TV race. But before that, you might want to get cozy with the TV's specs first in the tab above before hitting the jump.