Unlike Samsung's resolute pursuit of active-shutter 3D glasses technology, more 'neutral' TV makers like Panasonic have the luxury of embracing both passive and active 3D technologies if they choose to. Armed with a Full-HD display, the new Viera ET5S LCD TV series marks Panasonic's maiden entry into the land of polarized stereoscopic panels, a domain initially monopolized by LG and their Cinema 3D moniker. Not surprisingly, the mid-range ET5S also carries a polarized LCD panel sourced from the South Korean manufacturer themselves, including the four pairs of accompanying eyewear. Everything else, such as the display's single-core processor, are mostly Panasonic's implementation. Other players, like Philips for example  (mainly their 6000 series), have been dabbling with polarized screens for their 3D TVs as well. The passive ET5S will be available in 42, 47, and 55-inch sizes with 300Hz backlight scanning capabilities, while the active-shutter ET50 variant will sport a slightly speedier refresh rate of 800Hz. All models under the ET series are illuminated by edge LED backlights. 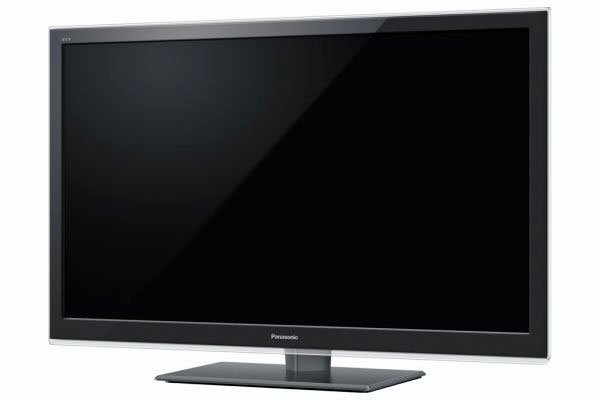 The ET5S ('S' for Singapore model) comes fitted with an IPS LCD panel; one which boasts of a wider viewing angle thanks to its backlights' wider transmission aperture. We also noted that the TV provides support for the Viera Remote app for smartphones, and you may download the app via Google Play or iTunes. Essentially, this application enables users to wield a mobile device as a remote control, plus it also boasts of an interesting tap-and-flick feature, something we've experienced during Panasonic's product showcase in April. Moving on, the ET5S offers real-time 2D to 3D conversion for video as well as static images, including photos and web content. As expected, Viera Connect (Panasonic's Smart TV platform) is featured on this display too, given that it's now a regular offering on mid to high-end Viera models. And apart from a HTML5-compatible web browser, the display is conveniently equipped with integrated Wi-Fi capabilities such that pesky external adapters aren't needed. Now, let's see if the ET5S can give the LG camp something to worry about, so read on for the full rundown of our findings.