Panasonic may have turned a head or two when the purplish VIERA D25  landed here last year. For their recent 2011 line-up, Panasonic has since shed the purple outfit for something a little classier. As an immediate successor to the LED-flavored D-series, the E30S is dressed in a black bezel which fades to silver where the brand's logo resides. In our opinion, we do prefer this color scheme since it conforms better to diverse hues found in living spaces. Despite its E-LED lighting (Panasonic's term for edge-LED lighting), this unit is still relatively thick at 75mm compared to some of its competition. For instance, the Samsung Series 6 flaunts a slimmer depth of 29.9mm. For rack installations, the E30S features a rectangular pedestal base coated with a matte treatment, but do note that it doesn't swivel. Elsewhere, the E30S does not include touch-sensitive controls but offers hardware buttons on its right flank instead. Panasonic is also marketing their IPS Alpha panel with high contrast benefits, although its reflective surface is one trade-off you'll have to contend with. Here with us today is a mainstream sized 42-inch E30S model for our detailed scrutiny. 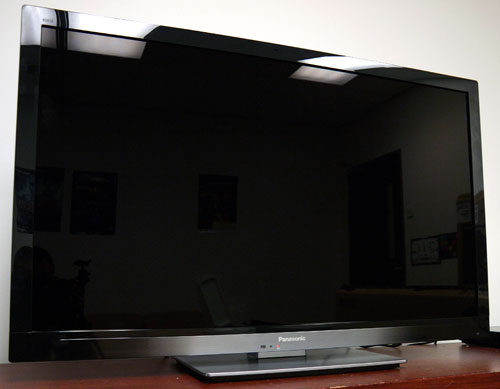 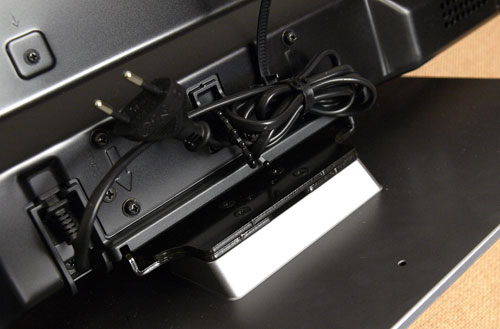 Like most of Panasonic's recent displays, you won't find a shortage of AV ports on the E30S. By its side, the TV has a collection of HDMI, USB, Composite, Headphone and SD Card ports. The latter even supports SDXC format based cards. The SD Card function (and the VIERA Image Viewer), enables you to read various photo, audio and video files. Besides Panasonic's favored AVCHD format, the refreshed Image Viewer also supports DivX HD Plus and Full-HD MKV clips as well. As usual, the back panel is where the real AV meat is. Apart from the usual offerings, what's notable is the E30S' bevy of HDMI and USB slots. There are four HDMI and three USB ports in all, if you include those by the side panel as well. As for the remote's design, almost nothing has changed since we last handled the VIERA D25S. The wand still offers a fair grip with concise labels and relatively large buttons. However, the Blu-ray and TV toggle switch (VIERA Link) is noticeably missing on this model's stick. 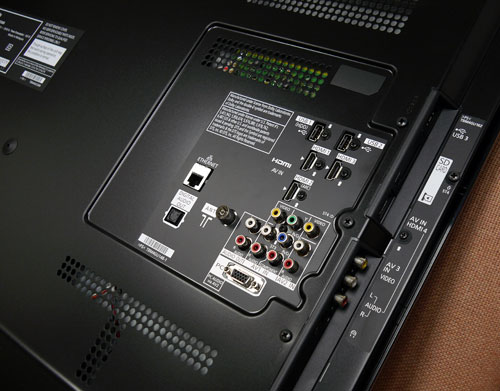 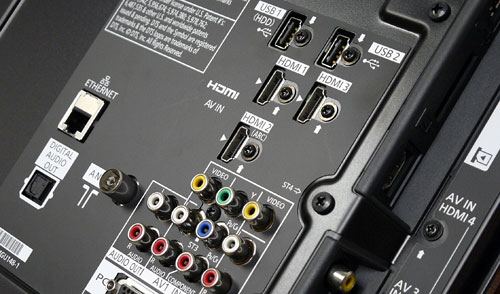 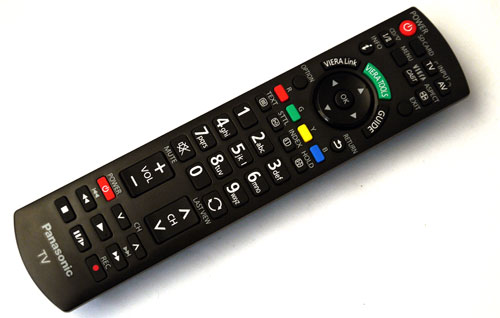