Panasonic is well known for its range of fully rugged, waterproof, dustproof and shockproof toughbook devices. However, the Japanese company also builds a line of slightly less tough 'business rugged' notebooks, which do away with the IP55 water and dust resistance (while retaining some degree of shock-resistance and protection against drops) in favor of lighter, more portable builds. In Japan, these business rugged notebooks are part of Panasonic's colorfully named 'Lets Note' series - over here, their designation is far more mundane, with the latest addition to the lineup given the humdrum model name: CF-LX3. 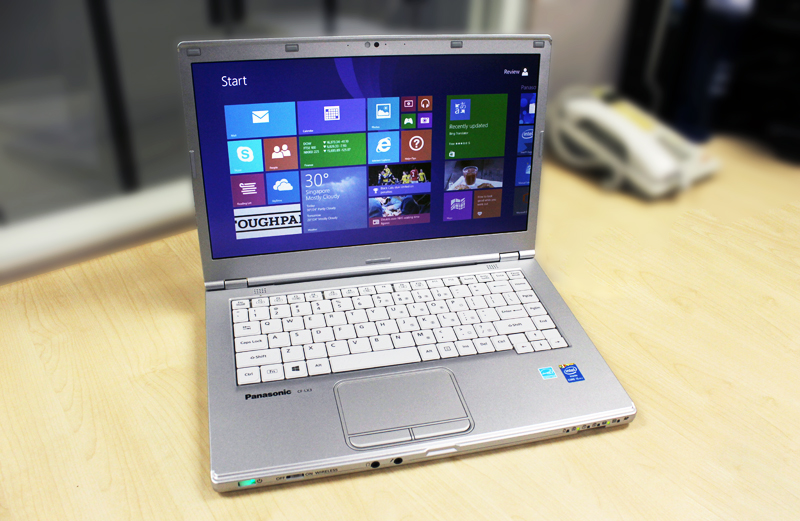 Before we start, let's take a look at the CF-LX3's key specs:

The CF-LX3 is billed by Panasonic as the world's lightest business rugged notebook (although, to be fair, there's not much competition in that field) and weighs just 1.20kg with the standard 3-cell battery, or 1.43kg with the more expensive 6-cell battery configuration which includes a built-in optical drive. Our review unit is armed with the built-in optical drive, but only has the 3-cell battery (a SKU that is available in Japan, but not in Singapore), but still comes in at a featherweight 1.29kg. For perspective, this makes it lighter than most 13-inch Ultrabooks, which tend to weigh around 1.3kg without an optical drive. 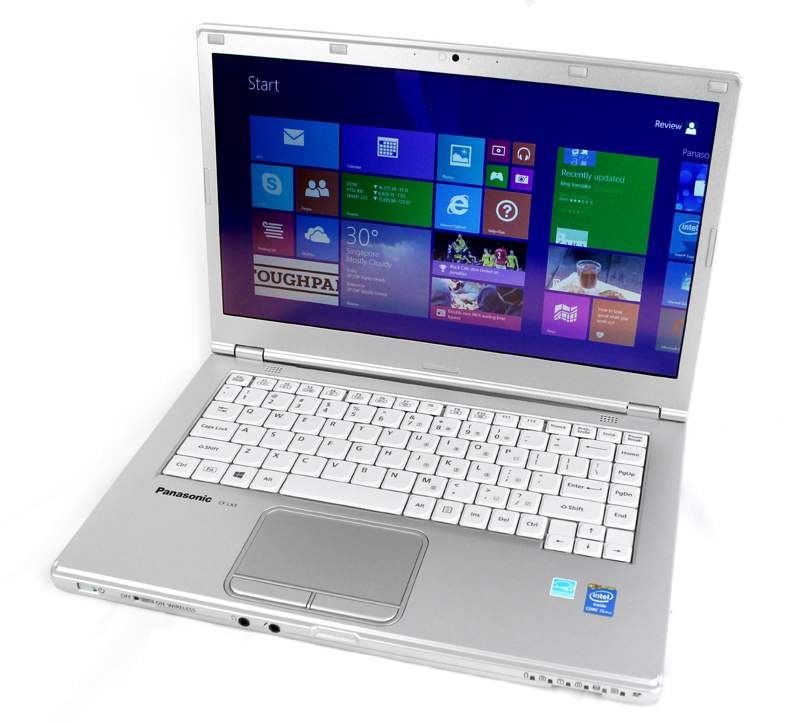 Having said that, while the CF-LX3 is undoubtedly light, with or without the optical drive installed, the drive bay for it remains, and unfortunately this makes the CF-LX3 rather fat. Its chunky 24.5mm profile actually excludes it from falling under Intel's stringent Ultrabook specification requirements, which states that 14-inch Ultrabooks must be less than 23mm thick. Its other major shortcoming that keeps it from being called an Ultrabook is its 250GB 5400RPM HDD (Ultrabooks require a 3 second startup from hibernation) - but we'll talk more about that later. 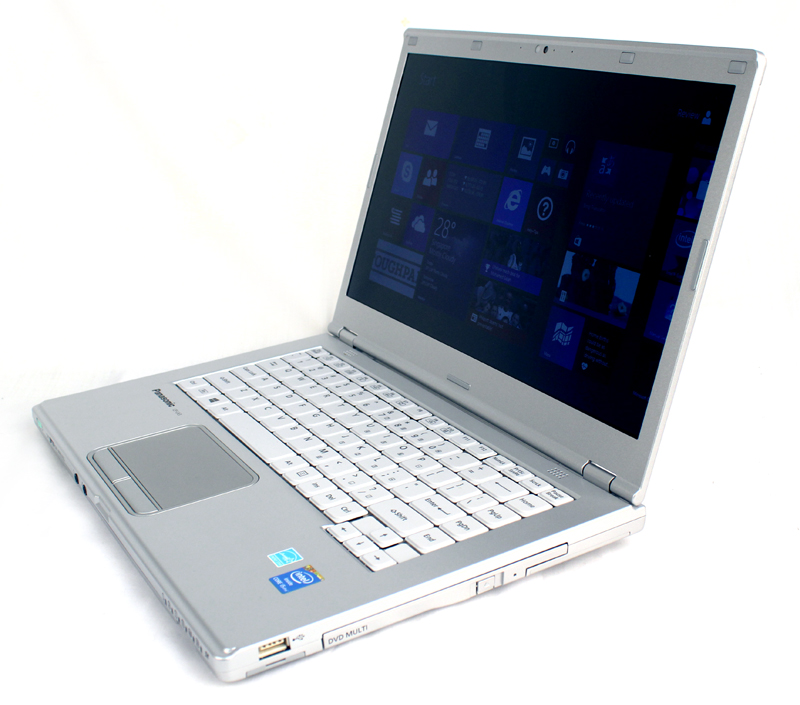 Aesthetically, fans of Panasonic's other toughbook notebooks should have no complaints with the CF-LX3, with its familiar styling and no-nonsense matte silver finish, however, those not won over by the toughbook branding may find that the thick profile, and older-style keyboard and trackpad make the notebook look a bit dated.

Like all toughbooks, the CF-LX3's lid features Panasonic's signature shock-absorbing ridge design, which helps give the notebook drop resistance up to 76 cm (roughly table height), and pressure resistance up to 100kg. 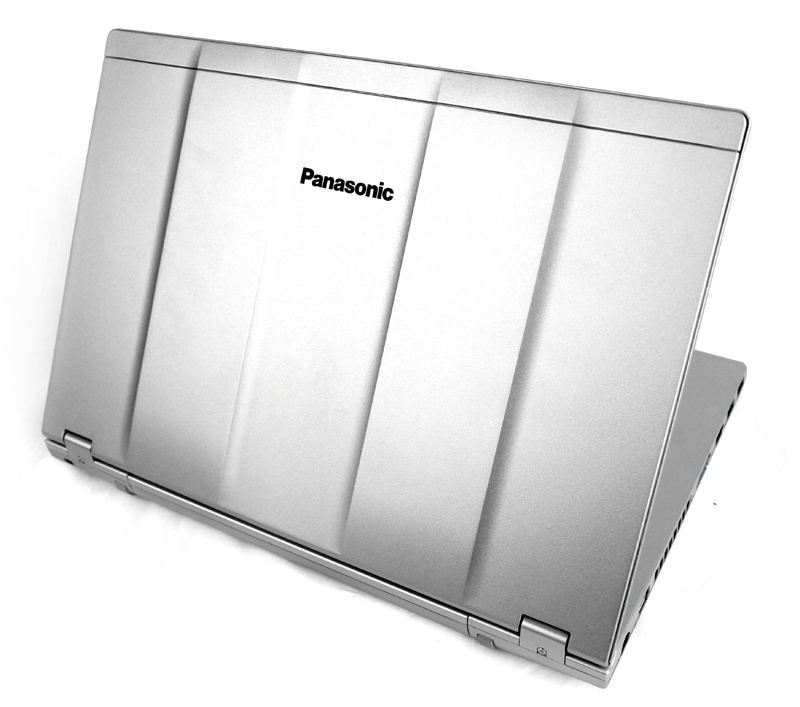 The CF-LX3 is armed with a 14-inch 1600 x 900 pixel resolution matte LCD display. While the LX3 runs on Windows 8.1 Pro, the display itself isn't touch capable. For those that prefer Windows 7 Pro, an optional OS downgrade is available.

In usage, the display is passable, but doesn't fare well compared to some of the higher resolution IPS displays we've been seeing on newer Ultrabooks. It's quite bright, and clarity is reasonable, but you can easily make out the outline of pixels - especially when looking at text. The display also has rather poor viewing angles, but we do like the matte finish, which helps to reduce reflections.

As with many business notebooks, the lid hinge on the CF-LX3 can be tilted back a full 180 degrees so that the display is lying completely flat, which prevents any accidental damage from opening the notebook too far. Having said that, unlike the magnesium alloy lid, the screen bezel on the CF-LX3 is silver plastic, and as a result it's fairly easy to twist and flex the display which is a bit worrying.

The CF-LX3 has an unusual keyboard, which seems to combine chiclet-style keys with a traditional keyboard construction. Rather than individual island keys as seen on other chiclet keyboards, the CF-LX3 has one big block of keys (like a pre-2009 keyboard), but with each key sporting a raised chiclet-style shape protruding from the top of it. This design is likely to allow Panasonic to more easily drop in a different language keyboard. 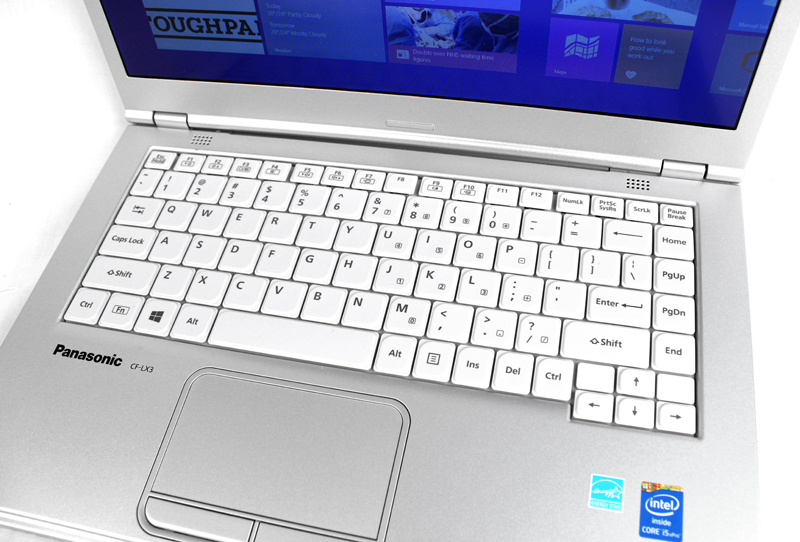 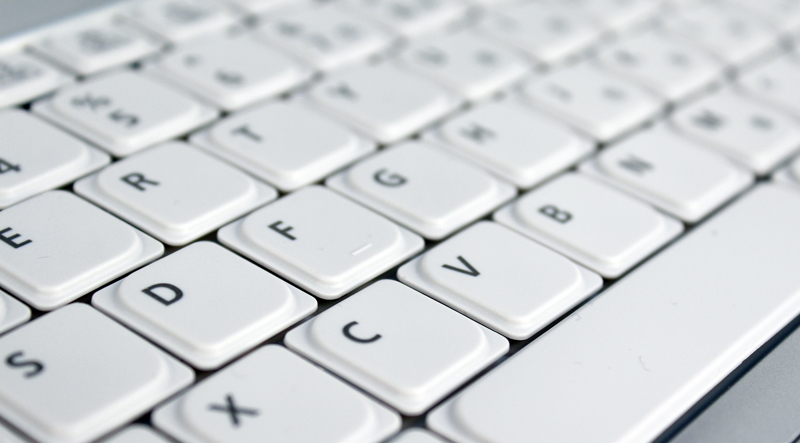 Unfortunately, the chiclet-shape on each key isn't really enough to make the keyboard feel like a chiclet keyboard, and we actually would have preferred the slightly concave finger-cupping profile found on most older-style keyboards. The keys themselves have plenty of travel, but there's also a fair bit of flex evident, and as the keys are all made from rubber, they're also a bit soft and squishy, which doesn't result in the most satisfying typing experience.

Like the screen bezel, the wrist rest on the CF-LX3 is silver painted plastic, but to Panasonic's credit, they've done a good job matching the finish with the magnesium lid and base, which actually makes it quite hard to tell the difference between the materials.

While some of Panasonic's other toughbooks have funky circular trackpads, the CF-LX3 has a standard rectangular trackpad (although it does have rounded corners). Unlike the clickpads found on almost all Ultrabooks, the CF-LX3 has dedicated left and right click buttons, and the trackpad itself cannot be clicked.

Tracking was smooth and responsive, and gestures worked fine, but as we've become accustomed to clickpads it felt like a bit of a step backwards to get used to the old style of button clicking. 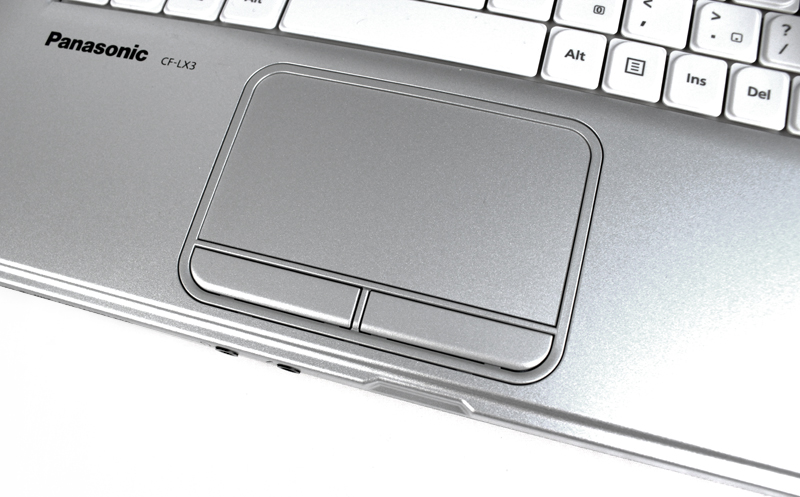 As expected for an enterprise-aimed notebook, connectivity on the CF-LX3 is fairly comprehensive: 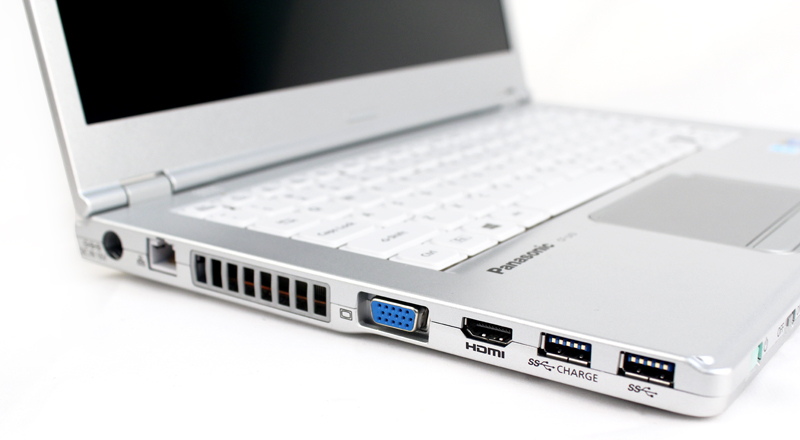 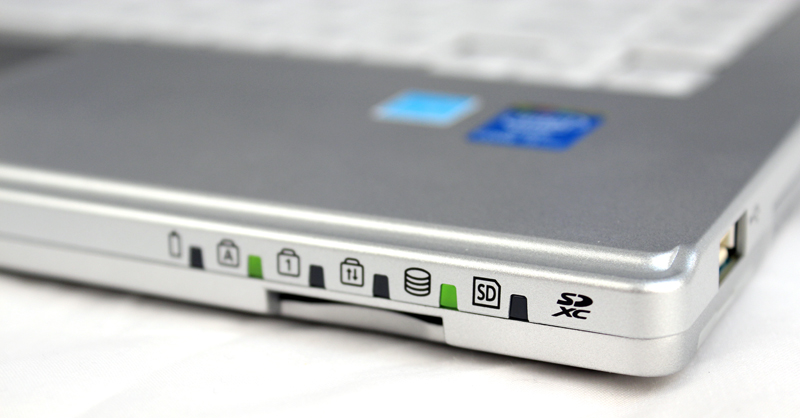 As an enterprise device, the CF-LX3 is equipped with the standard TPM security chip, but surprisingly, is lacking a fingerprint scanner.

Write a Review
Compare This | Specifications
Extremely lightweight
Solid build quality
Shock-resistant and drop tested up to 76cm
250GB (5400RPM) HDD is inadequate
Chunky profile and old design
Older-style keyboard and trackpad
No fingerprint scanner
No touchscreen display
Very expensive
Our articles may contain affiliate links. If you buy through these links, we may earn a small commission.
Sponsored Links