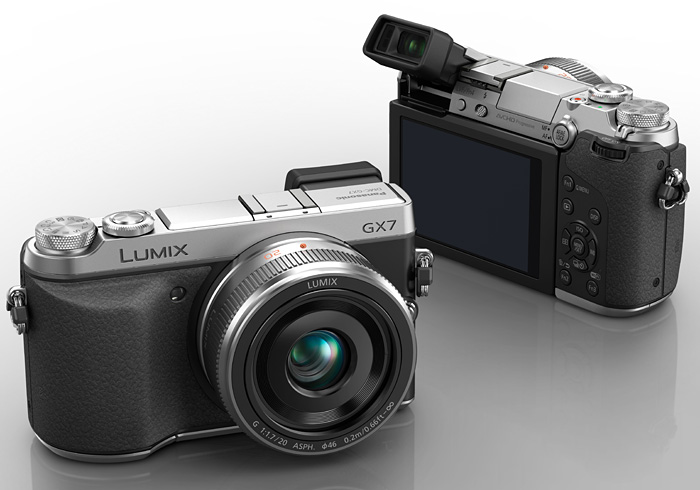 Don't call it a comeback. No, seriously, that's what Panasonic means with the GX lucky number seven. The '7' is supposed to represent a significant leap from the previous GX1, so far ahead that it's almost an entirely new series altogether.

So what's new? Three key features stand out immediately; the first is the built-in Live Viewfinder (LVF). A built-in LVF isn't new, the Sony Alpha NEX-6 and Olympus OM-D E-M5 each sport one - but the GX7 adds a twist by being able to tilt upwards to 90 degrees. The second key feature is the built-in optical image stabilization (OIS), a first for Panasonic's Micro Four Thirds cameras. Again, it's not new technology, but in the mirrorless system camera world, only Olympus' and Pentax's cameras come with built-in OIS. The third key feature is built-in Wi-Fi (with NFC) - which I think every digital camera should have had two years ago.

When written like that, the GX7 sounds like a catch-up camera for Panasonic. But the company's strengths have always been - to me - in their user-friendliness, which have consistently been in the top rank of digital cameras I've used, add that together with the new features and you might just have a killer product. And talking about user-friendliness is the perfect lead-in to the next section. 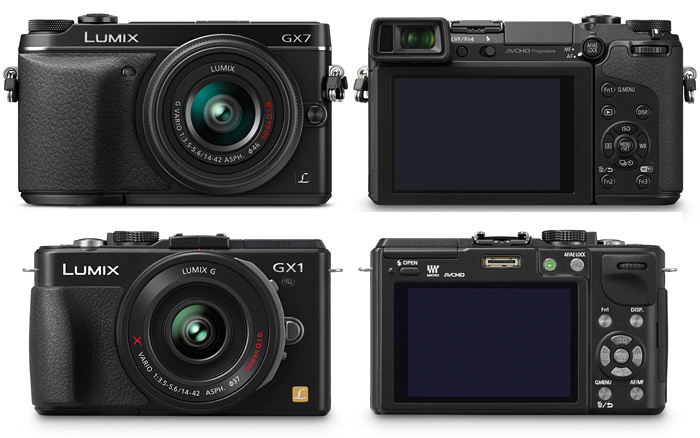 The GX7's contoured grip looks overly large when you first see it, but once you reach over and grab it, it feels like your hand is being hugged. I'm not kidding, the grip is extremely comfortable, easily the best among all the cameras I've tested over the years. Even with the large 35-100mm f/2.8 lens mounted, the camera still felt balanced and easy to hold. 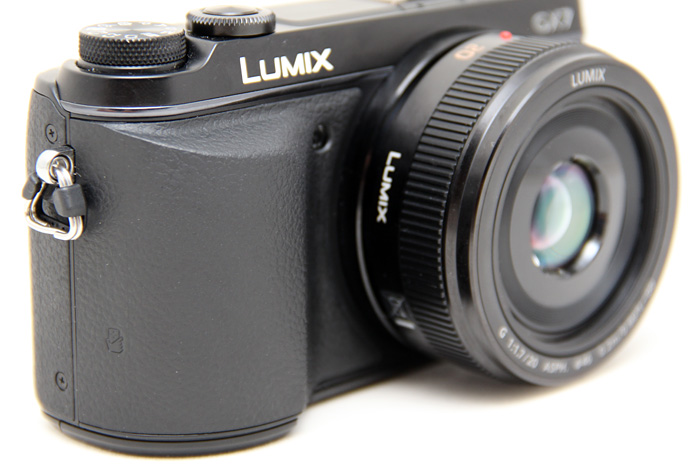 The grip turns out to be important, as the GX7 is slightly taller and longer, noticeably wider, and 88g heavier than the GX1. Compared with the GX1, the GX7 does more: It has that built-in LVF, the 3" touch-screen LCD now tilts (but not swivels - sigh), and there are twin control dials instead of just one. A physical MF/AF switch now sits on the back, enabling you to quickly switch focusing styles - manual focusing is made easier with focus peaking, which means you can finally blow thousands of dollars on those gorgeous Voigtländer primes. It's not all physical that's new, a Fn (Function) tab is now integrated into the menu, which means you can customize a total of nine controls (5 on-screen, 4 dedicated buttons) on the camera. 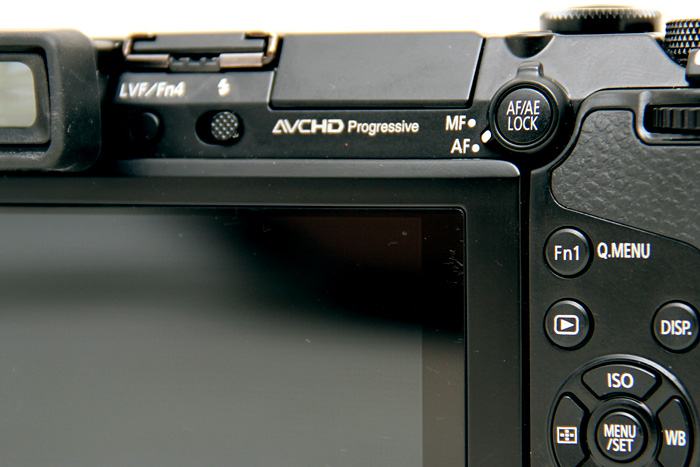 And the GX7 it has a tougher magnesium alloy body, which makes it more resistant to bumps than the GX1. The top of the camera has a metallic finish, which makes it look classier than its predecessor. I've never thought of Panasonic's cameras as sexy, but the silver and black GX7 are easily the best-looking of Panasonic's G-series cameras.

In the streets, the GX7 handles like smooth butter. The camera sits nicely in your grip, the controls within easy reach, with a host of customization options. There are four physical function buttons on the body alone for you to play with, and you can program more into the digital screen. The Q.Menu button brings up the Quick menu, where you can quickly adjust important settings. 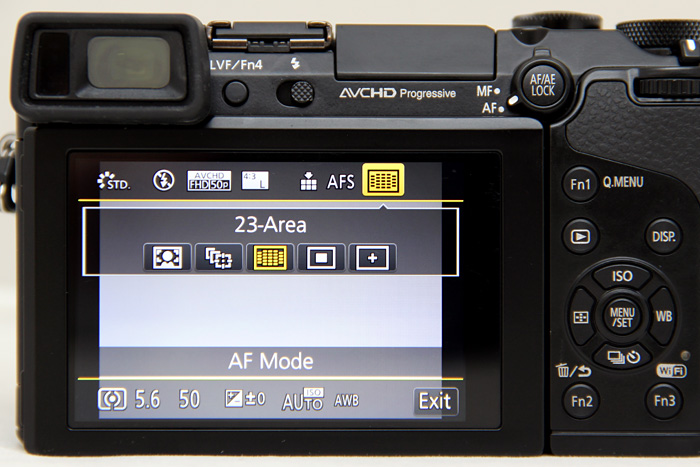 The best bit about the touch-screen is how the controls complement and not replace the physical controls. For example, you can throw up the Q.Menu using the button, and then just tap the setting you want on the screen instead of using the d-pad. Touching the screen is especially useful when you want to dictate the focus area, and another tap on an icon smoothly brings you back to your previous AF mode. Even when your eye is up to the LVF and the screen is turned off, you can activate the feature called Touch Pad AF to use your finger on the darkened screen to manipulate AF points, which you will see happen inside the LVF. 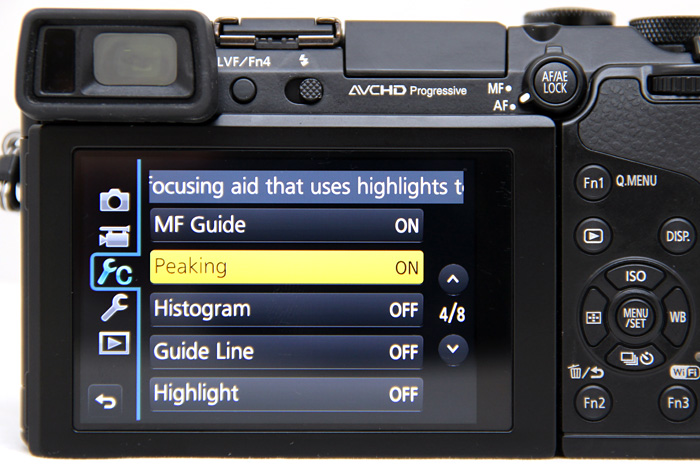 And when it comes to the on-screen UI (user interface), Panasonic has one of the most intuitive designs around. No small thing when you try some of the competition's, and it's worth giving extra bonus points for. The LVF's feed is smooth, and there's little lag even in low-light, with minimum rainbow artefacts. Panasonic says it reproduces nearly the entire AdobeRGB colour space, as to why that's a big deal, consider that many smartphones today still can only display up to the limited sRGB colour space. 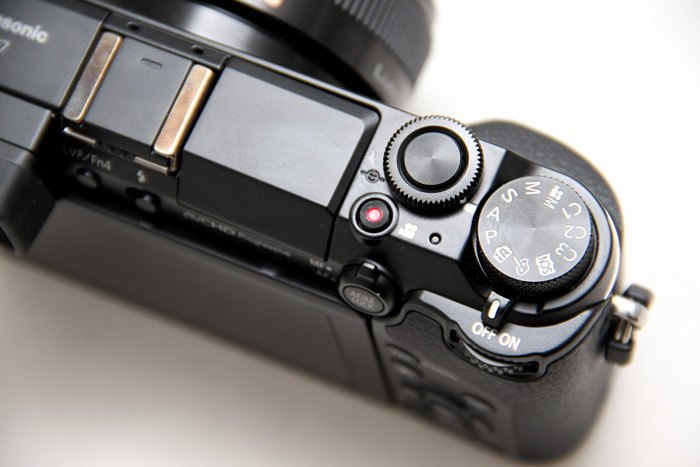 There's minimum shutter blackout even when you're shooting in bursts, nothing more than what you'd expect when shooting with a DSLR camera, and certainly faster than the blackout you'd experience with a Sony SLT DSLR. There is one problem; when you set the camera to automatically switch between it and the rear LCD using the eye sensor, there's a split moment of hesitation before the image comes on in the LVF. And the viewing area is not as luxurious as the large EVF found on Olympus' latest VF4 EVF accessory, but neither is it as big, nor is it an additional accessory you have to tack on. 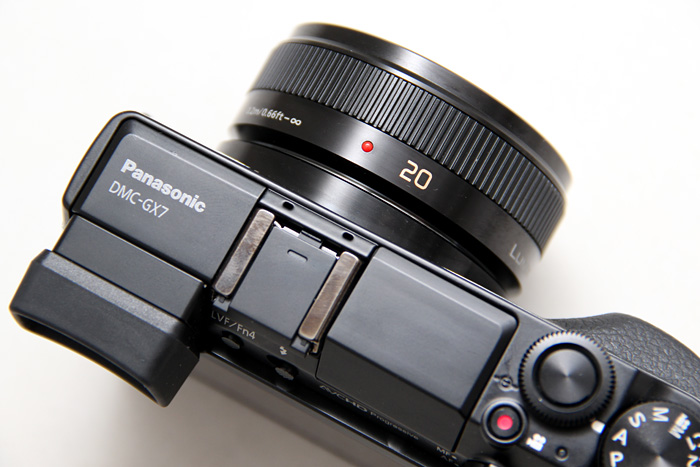 Other bits: The GX7 comes with a new Silent Mode, which switches the camera to use its electronic shutter and mutes all sounds, as well as switches off the flash and AF illuminator. It limits the camera to ISO 200-3200, but the camera effectively becomes a stealth machine, and I like this feature a lot.

If there's one negative I'd weigh against the GX7, it's the camera's lack of weather resistance. To be fair, its closest competitor the Olympus E-P5 isn't weather resistant either, but the OM-D E-M5 is. And both the GX7 and the E-P5 cost as much as the E-M5 did at launch. Call me spoilt by the E-M5, but for a pro-level camera at this price, I would have expected some level of dust and splash-proofness.

Lastly, the GX7 comes with built-in Wi-Fi, which lets you connect it to a smart device with the Panasonic app. Connection is easy enough, but the app's UI definitely needs to be improved, at present it just isn't easy to use.