Decathlon Singapore is going all out on data
Product Listing
CanonCasioDJIFujifilmGoProLeicaLGLytroNikonOlympusPanasonicPentaxRicohSamsungSonyVeho

Panasonic Lumix DMC-LF1 - An Advanced Compact for the Casual Shooter 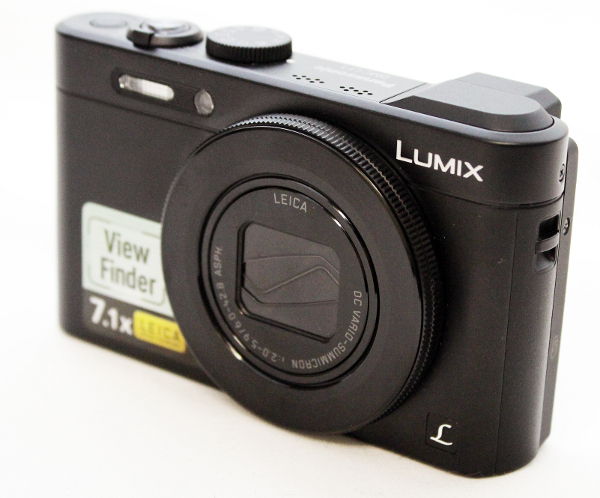 The LF1 is Panasonic’s newest advanced compact and is a somewhat similar to the Lumix LX7, albeit with a slightly different flavor. The sensor inside the LF1 is the same size and type as the one found inside the LX7, though the LF1’s sensor sports a higher resolution. Other differences include a longer but slightly slower lens and an electronic viewfinder (EVF) which is a rarity on smaller cameras. But are all these enough to make the LF1 stand out? While we managed to test out the Panasonic LF1 in Bali, the short time we had with the camera did leave a favorable first impression on us that we've decided to revisit it in this full review.

With the LF1 looking more like a streamlined version of the LX7, it’s only natural that comparisons are abound. Design differences include the omission of a hot shoe mount and the AF/AE lock button on the LF1. The slightly curved hand grip on the LX7 is also missing on the LF1; in this regard the LF1 has more in common with the appearances of the Sony RX100 than the Lumix LX7. This also means that you might have a harder time holding on to the LF1 if your hands are slick with sweat after an entire day of shooting. On the positive side of things, we’re glad that the LF1 features an automatic lens cover and not a lens cap, which was one of things we disliked about the LX7. 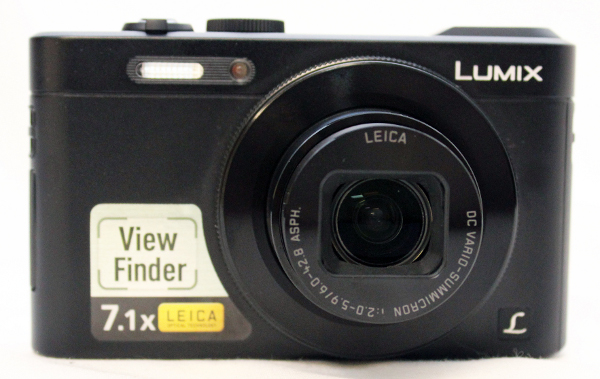 Moving on, we focused on the differences/similarities seen on the rear of the camera. First off, there’s an Fn button on the rear of the LF1, which lets users assign certain functions or shortcuts to that button, like AF/AE lock or to set the focus area. This sort of compensates for the lack of a dedicated AF/AE lock present on the LX7 brother. For the casual shooter, the default function assigned to the Fn button is set to bring up a composition guide, where a grid overlay pops up on-screen to help with composing your shots.

We were disappointed though, to find that the 3-inch, 920k-dot display was not touch-sensitive. To be fair, the LX7’s display isn’t touch-sensitive either, but when a travel superzoom like the Panasonic TZ40 adopts this feature, we’re not sure why Panasonic’s advanced compact line-up skips on this. After all, it would make setting a focus area much simpler and faster instead of using the scroll wheel. 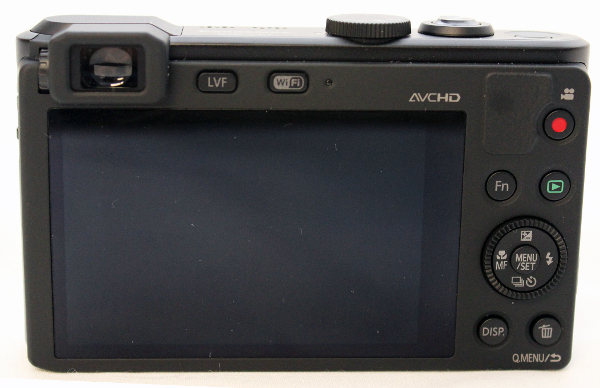 The LF1’s electronic viewfinder (EVF) is one of the LF1’s major draws and while the EVF is a sound concept, the actual implementation leaves more to be desired. In our actual trials, the 0.2-inch EVF is too small to be used exclusively; in fact, we found it tiring when trying to make an active effort to use it. So it turned out that we only resorted to using it in bright sunlight, when the rear display is difficult to discern. There’s no eye sensor on the LF1, so you will need to press the LVF (live viewfinder) button that sits beside the EVF in order to toggle between the EVF and the rear display. Despite these nitpicks, fortunately it offers a 100% field of view so what you see, is what you will frame. 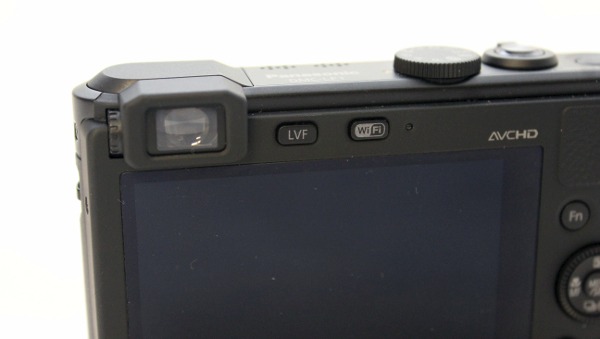 The LF1’s menu system is easy to navigate, with all the settings split between the four sub-menus: record, setup, video and Wi-Fi. Of course you won’t be accessing the main menu that frequently as Panasonic’s Quick Menu button makes an appearance on the LF1 as well, which brings up a list of commonly-accessed shooting functions when pressed.

Functionality-wise, Panasonic has lately been releasing cameras with Wi-Fi and NFC capability and the LF1 is no different. In fact, users can directly access the Wi-Fi settings through the Wi-Fi button right beside the LVF button. Connecting to your smartphone or tablet is simple with the assistance of the Panasonic Lumix app, and from there you can set it to share images with other apps and services. While the number of services and apps that the Panasonic Lumix app interfaces with are aplenty, you are limited to the top, bottom, left and right sides of the screen to assign app shortcuts. Once you have assigned the apps, you can just drag and drop the image you wish to share onto the app shortcut. We found this to be a fresh and simple approach to sharing images, though initially it took us awhile to find the share settings menu. 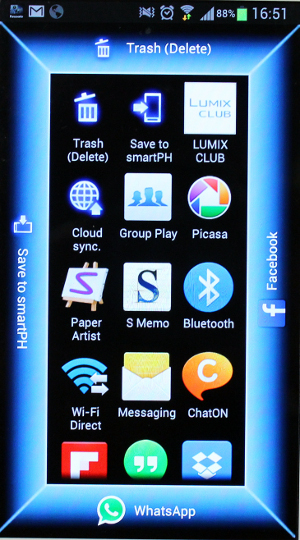 Write a Review
Compare This | Specifications
Longer focal length compared to other advanced compacts
Compact size
Manual controls
Electronic viewfinder is too small
Is only able to shoot at f/5.9 at longest end
Our articles may contain affiliate links. If you buy through these links, we may earn a small commission.
Sponsored Links