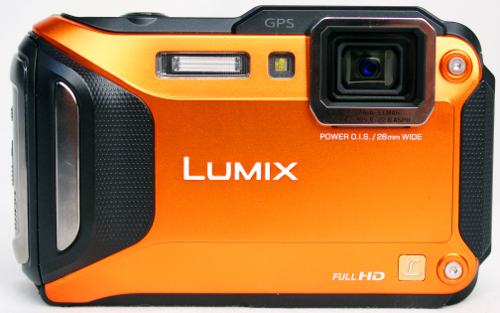 The FT5 is Panasonic’s latest entry in its tough camera line-up. On the outside it seems nothing much has changed compared to its predecessor, the FT4, though a quick look at the specs sheet reveal an improved resolution of 16.1MP compared to the FT4’s 12.2MP. But that aside, the FT5 is one tough cookie; it is waterproof up to 13 meters (an improvement of 1m over its predecessor), is shockproof from a height of up to two meters and is able to resist pressure of up to 100kgf.

But if there’s one thing we learned after reviewing a number of previous tough cameras, is that most manufacturers tend to favor toughness over image quality and usability. Seeing how durable the FT5 is, how well can it measure up as a camera? That's what we intend to relate in this review.

While most tough cameras opt for a matte finish, Panasonic has always gone for a metallic, ostentatious design. The FT5 follows this design ethos and even though most tough cameras don’t feature the most ergonomic designs around, the FT5 manages to include a hand grip on the front. However, even though it features a dimpled texture, we did wish it was a rubber surface instead of plastic, as plastic tends to be more slippery than rubber when the camera gets wet. On the other hand, the durability of rubber for a camera that's made to get wet frequently is questionable in the long run. As such, this is still a definite improvement over the FT4’s smooth grip.

There’s no extending lens barrel on the FT5, so the lens is stored behind a protective glass window. The problem is that the location of the window is a fingerprint magnet so it’s wise to keep a cleaning cloth on-hand whenever you’re out shooting with the camera. 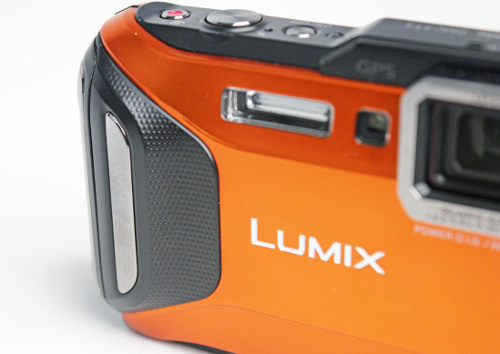 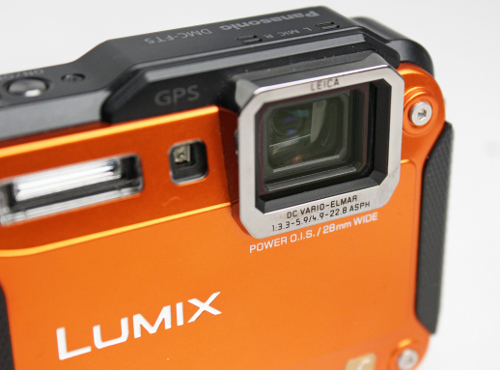 As with most of its tough peers, the controls found on the back of the FT5 are quite small so if your hands happen to be wet or you’re wearing gloves, chances are it will be a challenge to operate the controls. There’s no mode dial on the FT5, so instead you have a mode button on the rear, which is unfortunately, small as well.

Thankfully Panasonic has done away with the zoom buttons found on the FT4 and replaced them with a zoom rocker which provides more tactile feedback and is easier to operate. Further to that, we also prefer the black square buttons on the FT5 over the round, silver ones on the FT4. The FT5’s buttons were easier to operate, though their small size is still a stumbling block. 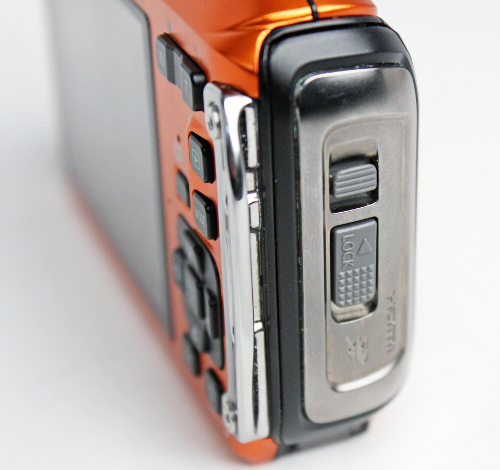 Also on the rear is a 3-inch LCD which will be used for framing your shots. The screen resolution is 460k-dots, which isn’t terrible, but still falls behind the displays found on the Olympus TG-2 and Nikon AW110. While the Panasonic FT5’s display remains visible under bright sunlight (unlike some of its peers), somehow the colors on-screen appear washed out. This can be an annoyance to figure out if the shot taken came out well.

The FT5’s user interface is easy to navigate, and while settings such as white balance and ISO are located under a sub-menu, the good news is that Panasonic has also included the Quick Menu button/function on the FT5. So instead of having to access the sub-menu and search for various settings, the Quick Menu button will bring up a list of settings that you will most likely access during shooting such as ISO.

The Panasonic FT5 also features some form of manual exposure control, allowing users to adjust the aperture value when the camera is set to manual mode. With that being said, the camera only offers the choice to switch between two aperture values at any focal length, so it’s actually a choice between a wide or narrow aperture. While not ground-breaking, it’s a handy option to have if you ever need to shoot with a wide or narrow aperture. 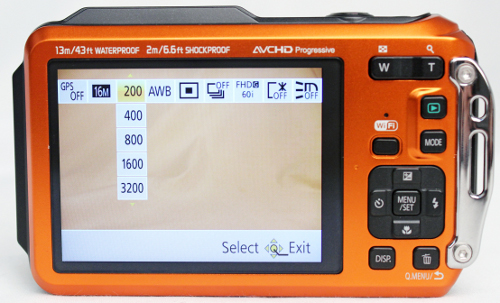 NFC, Wi-Fi and GPS functions can also be found on the Panasonic FT5. As with any electronic device, turning these features on will drain the battery faster, so don’t expect to hit the 370 image-count quoted by Panasonic. But if you don’t intend to enable Wi-Fi and GPS much, the 370-shot battery life is one of the best in its class. In terms of Wi-Fi connectivity features, Panasonic has the most detailed implementation and the FT5 is no different.

The FT5 makes use of the Panasonic Image app, and so sharing and remote controlling of the camera works the same way as the recently reviewed Panasonic LF1. The app lets you share images to many other services and apps such as Facebook and WhatsApp, though it does take a minor amount of fiddling to understand how to share images to these apps. Since we've only recently discussed about these aspects, you may refer to the Panasonic LF1 review for more information.

Lastly, while this may be a moot point for some, the FT5 requires you to charge its battery with an external battery charger. This means that you will always need to find an electrical outlet to plug the charger in, which is odd considering the fact that the some places the FT5 will travel, may not house one. We would have preferred that the FT5 allowed in-camera charging so you could just charge the battery by connecting it to your laptop or external battery packs, as you may not have access to an electrical outlet if you’re on the beach all day or other such scenarios.