A Small Workhorse For Document Printing. 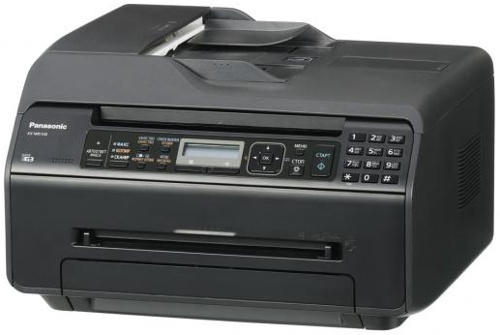 The Panasonic KX-MB1530CX (which we'll refer to as "MB1530" henceforth) is a pretty basic printer surrounded by more advanced sub-features. It only prints in black and white, but has an automatic document feeder (ADF), rare for such a small printer, and a speakerphone option, letting you switch from fax to telephone.

The MB1530 is really built for the professional who doesn’t have too much to print and doesn’t need to print a lot of graphics. The printer is easy to set up; paper-feed and toner-loading are all done from the front. The upper lid contains the ADF and scanner, and the entire lid can be raised to increase the height of the output tray, although not by a lot. Raising the lid is easy, but restoring the tray can be troublesome, as the plastic stand inside the tray does not catch when returned to its original position.

The MB1530’s onboard controls are basic, and here’s where the printer could have used a little bit more work. You can’t determine the quality of scans, for example, even though there is a Quality button on the printer. To set things like DPI, you have to go access the Panasonic software on your PC. Otherwise, you’re stuck using pre-set profiles that are obtusely named - "scan to viewer" means to scan to JPEG, and "scan to file" means to scan to PDF. The lack of onboard options means this is really a no nonsense set up and use printer.

As we mentioned, the MB1530 is made for the working professional. Graphic prints aren’t very good (as is typical for a laser mono-printer). Graphics are laced with printing lines, marring the final output. Text prints fare much better and are done quickly. Copies look just fine to the naked eye, if a little less defined if closely scrutinized. Color scans return a little ‘hot’ with higher than original contrast, but colors are rendered just fine and will be acceptable for non-graphic intensive work.

We really like the fact that there is an ADF built in, something which small printers of this size and price lack, but you should know that the ADF can accommodate only a maximum of 15 pages at one go. This isn’t exactly a high number, but it still makes copying easier than if you had to load 15 pages one by one. In the end, the Panasonic KX-MB1530CX is a simple, fast, capable document printer and copier with fax and speakerphone options. 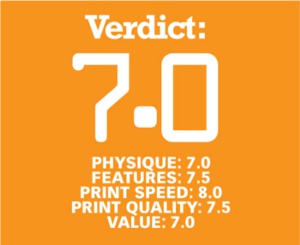