Over the years, Panasonic has quietly evolved into a brand that's synonymous with plasma display panels (PDP). In fact, this linkage between a brand and a product type is even apparent than their counterparts like LG, Samsung or Hitachi, who are lauded for their strengths in other areas of consumer electronics. Whichever brand you're looking at, it is obvious the contention for the slimmest glitzy screen is well and truly on its way.

On that note, we've managed to snag the swanky new VIERA TH-P54Z1N for a closer examination. Incidentally, the 54-inch Z1 has since toppled the V-series off Panasonic's PDP flagship spot as 2009 drew to a close. But is the incredibly expensive Z1 worthy of a stint in the top drawer? As a matter of fact, the Z1 has a unique trait similar to Sony's ZX series - an external tuner box. We figure something has to give if you want to slim your display down to a mere 24.7mm depth. Unfortunately, and in contrast to Sony's ZX1 which features the BRAVIA 1080 Wireless perk for AV transmissions, Panasonic was unable to incorporate the WirelessHD interface into the local model due to military restrictions on frequency regulations here. It's a shame, but no less a reality. 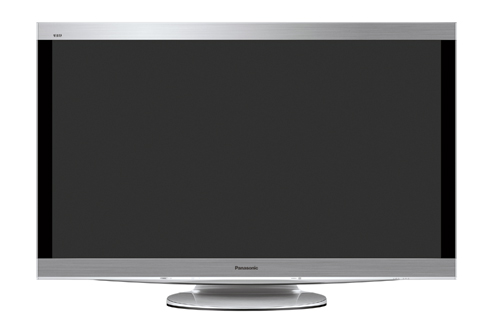 Moving on, the Z1 is currently the biggest PDP available on Panasonic's consumer range with an impressive arsenal of specifications, on paper at least. Fitted with Panasonic's homegrown NeoPDP panel, the swanky Z1 offers a Full-HD screen and Panasonic's "Infinite Black" perk, or you may see it as Panasonic's reformed Real Black Drive system in order to achieve deeper blacks. Compared to the previous Z-model, the new NeoPDP offers double the luminance with just a third of the former's power requirements, thanks to new materials used for its electron generation source. With these in mind, let's see if this VIERA is ultimately worth your affection. Also, do stay tuned to the end of our review as we reveal how much this skinny piece would cost you.