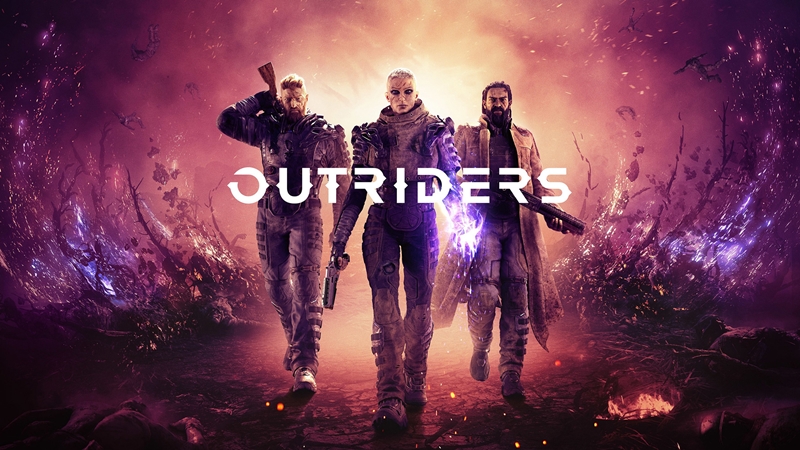 Ever since the good old days of Borderlands 2, I've had a really dynamic love-hate relationship with looter-shooters, and if there's one good thing that's come out of all that grinding, it's that I've found my spirit animal - the magpie. Like the bird, there's just something about collecting shiny loot that feels immensely satisfying to me, and the allure of seeing loads of glinting stuff in my stash is one I can't seem to resist.

Needless to say, this means I was more than happy to take Outriders for a spin, and although People Can Fly's latest title was plagued by bugs and server connection issues on release, many of the major ones like the notorious "disappearing inventory" glitch have been successfully resolved. In fact, the developer has even given away some pretty neat stuff to make up for it. Building on that positive note, I'm happy to report that not only does Outriders offer some pretty decent gameplay, but it's also a great title to start with if you're new to the looter-shooter genre.

Unfortunately, that might just be all that the game gets correct on the test. But we'll get into that as we go along.

Once upon an alien planet 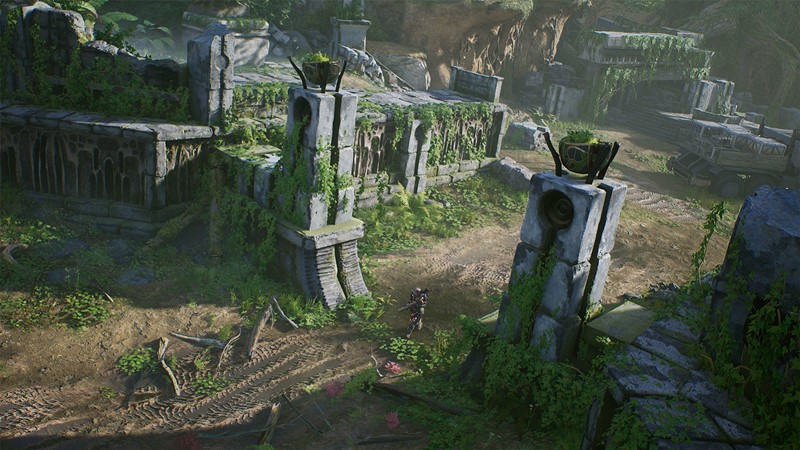 First up, let's take a look at what Outriders is about. You play as a member of the titular Outriders, an elite mercenary corps-for-hire. Your team is dispatched to the planet Enoch on escort duty for a bunch of scientists to verify if the planet is viable for colonisation and human resettlement. Earth has already become a barren wasteland in this version of the future, and as such humanity is pretty desperate to find a new homeworld. However, the escort mission quickly goes south due to a freak alien energy storm, and by the end of it, you wind up sealed away in cryo-stasis for the next thirty years.

When you awake, the once-bountiful Enoch has been reduced to a shattered warzone where different rebel factions fight for supremacy. It is then that you discover that you have become what the locals refer to as an "Altered" - people who have been changed by the alien energy flares known as Storms and are able to wield amazing powers. As such, together with your newfound allies (and some old ones too!), you venture forward to restore order to the war-torn planet and uncover the truth about your abilities. 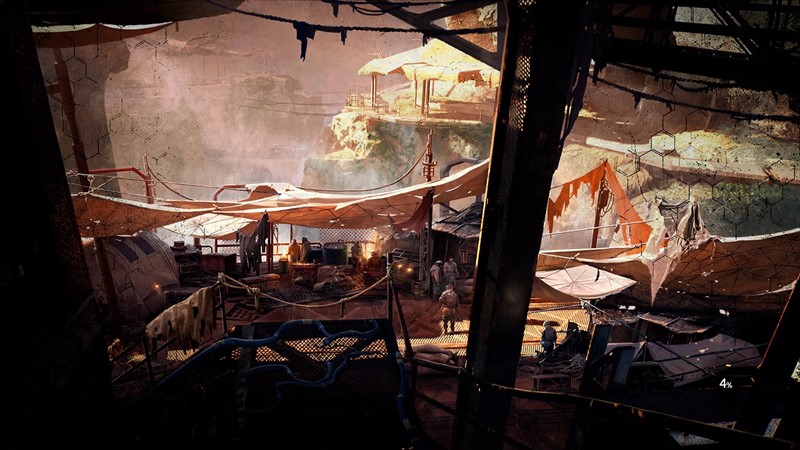 While Outriders doesn't pack the most exciting narrative in the world running with the whole "last survivor" trope, it's the rushed pacing and the lack of character development that really warrants a sigh from me. For most of the game, your character doesn't seem to have a say in anything that goes on, even though you're the one that's doing most, if not all of the legwork.

90% of the time, you're just running from mission to mission like a glorified errand boy, and when you finally have some time off the clock, you realise that exploration is actually much more trouble than it's worth. Amusingly, I daresay that you're like one of those poor alien grunts in a superhero cartoon - you just go wherever you're ordered and do your thing. And then you do it again in the next episode.

Additionally, it's not like the other NPCs are well-developed either. Characters like Seth and maybe Jakub are probably the only two that I really managed to appreciate, and even then they're still somewhat basic compared to what Outriders' rivals have to offer. 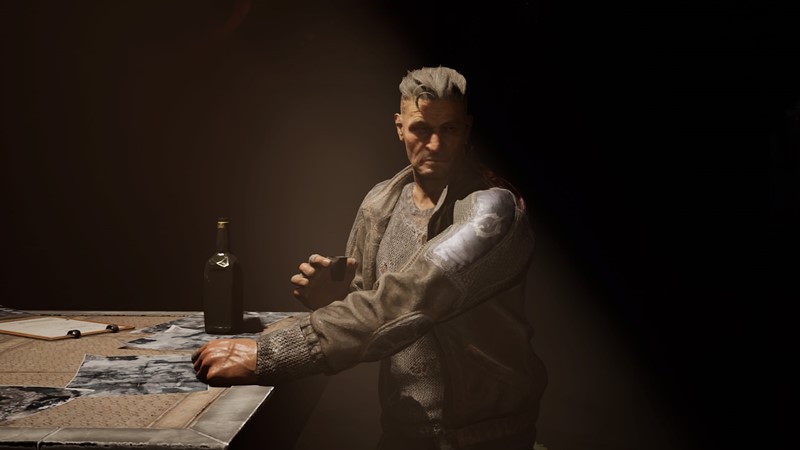 Specifically, the roles that characters occupy are very textbook stuff, and while these don't really go out of style, the game also doesn't put in much effort to differentiate them from the rest of the crowd. So once again, you could say Outriders only manages to achieve the bare minimum needed to "pass the exam", and while this does make it easy to wrap your head around who does what within the narrative, it also means you're probably not going to get too attached to anyone.

Yes, it's a sci-fi shooter 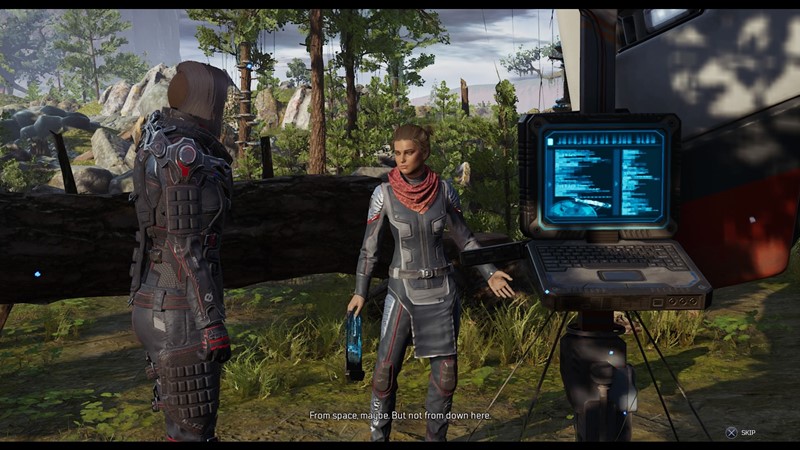 Now run along, kid - there's not much else to say.

Let's move on to the general style and aesthetics, and unfortunately, this aspect is in a similar boat. On one hand, it's definitely passable, but there's nothing jaw-droppingly novel or unique about it either. Don't get me wrong, the environments, characters, animations and all that still look good, but they really do leave a "been there and done that" taste in your mouth after you're done playing.

In fact, I daresay wading through the jungles and scouring the deserts of Enoch doesn't feel all that different from when you do it in Destiny 2 or Apex Legends. As for the sounds, let's just say it's not going to make waves any time soon. Much like the rest of the game's aesthetics package, the stuff you get is basically par for the course - bullets flying, grenades exploding, and maybe the odd "zing" of a Trickster's Temporal Slash. So, to cut a long story short, you don't need a pen and paper to discuss the game's aesthetics - it's ok by itself, but there's nothing really "spicy" that's worth writing home about. 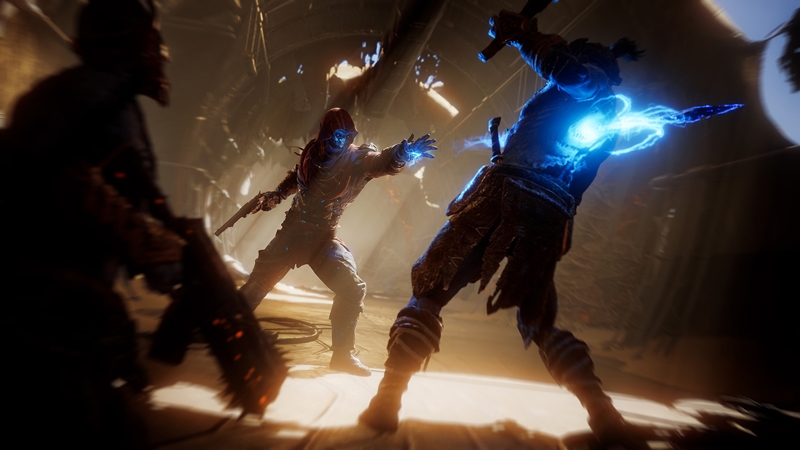 So, yes - Outriders doesn't score that well in terms of the narrative and how things look. But by virtue of it being a looter-shooter, you might say that those aren't the most important things. Fair enough, let's look at the combat then. Fortunately, this is where Outriders does receive a decent amount of praise.

The excitement and intensity of fights, ability usage, and gunplay are actually pretty good, to say nothing of the impressive variety of abilities that each of the four Altered classes has access to. The fact that you can repeatedly use them without having to worry about a "mana gauge" of some sort is also a great touch - a lot of the satisfaction from a looter-shooter comes from letting the player feel somewhat overpowered at times, and Outriders certainly lets you enjoy those moments when it can afford to. 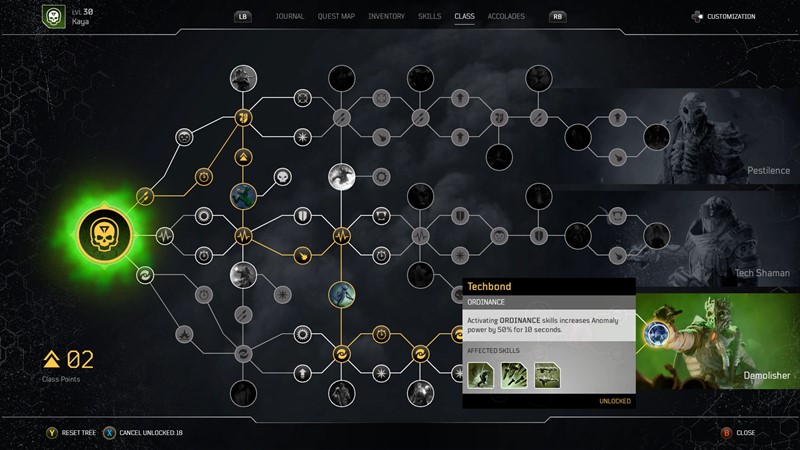 By that same token, I especially like how the game doesn't neglect the importance of tactical acumen, and this element is especially important in the higher World tiers where enemies can easily kill you if you're caught with your pants down.

Specifically, while the game does let you go ham and beat up, disintegrate, and/or barbecue opponents wholesale in some scenarios, others will require you to put on your thinking cap in the heat of battle. Actions like taking cover to reload and stall out cooldowns or saving your interrupt skills for the right moment do come into play quite often, which helps to ensure that the gameplay still retains some degree of "intelligence", in that sense. I also quite enjoy those moments where you have to dodge projectiles and energy bolts raining down from the skies - the adrenaline rush is palpable, and the game doesn't pull its punches there, either. Seriously, I can maybe keep track of three bolts, but not five! 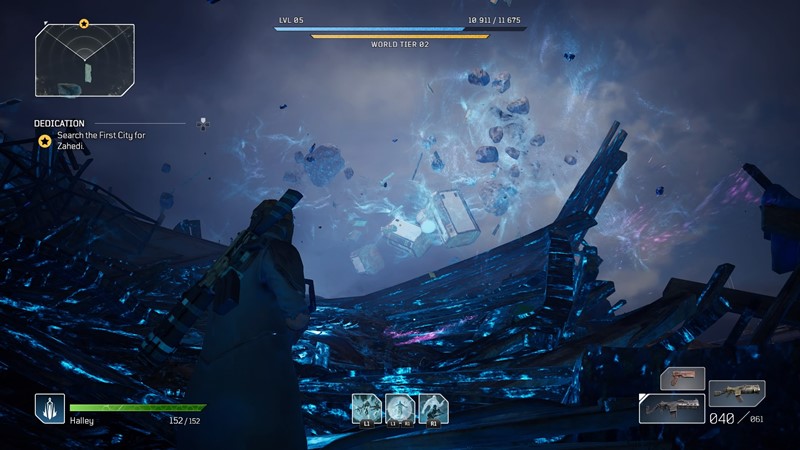 Building on that, these factors get even more exciting in co-op, as you'll need to combine and synchronise your abilities with your buddies to win the more difficult engagements. You've even got an incentive to do so, as some abilities can yield pretty hilarious results when they're paired up. For example, incinerating an enemy while they're caught within a Trickster's Statis Field basically says "alien microwave".

Putting it all together, the combat isn't half bad, and the variety of possible builds and approaches keeps the game fun for a solid amount of playthroughs. That said, it does retain the same nagging problem as the game's narrative and aesthetics do, which is the lack of an X-factor. Despite its attempts to jazz up gameplay and item customisation, these are all things that players have seen replicated and rehashed countless times, which gives the impression that Outriders is, in a way, afraid to take the risks needed to create its own niche in the genre.

This one isn't going places 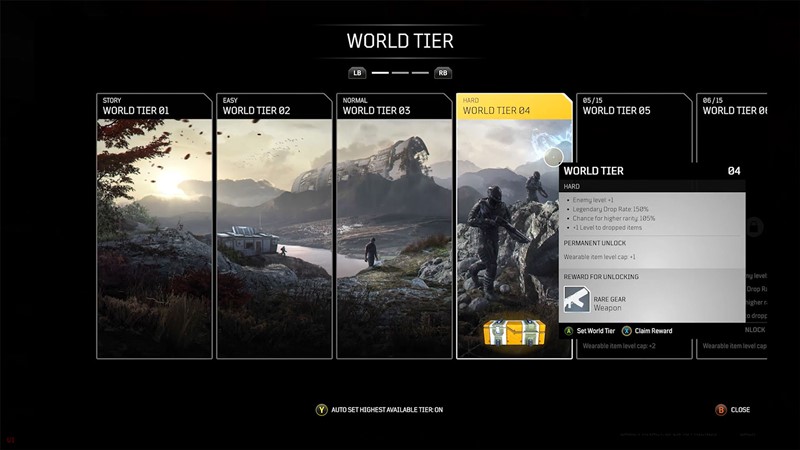 At the end of the day, you could say that Outriders is a pretty run-of-the-mill game whose only real plus point is in the diversity and adrenaline rush of its combat, and even then, it's not something that's really knock-you-out-of-the-park insane. The game's grossly tangible lack of an X-factor really keeps it from being outstanding in many aspects, and while such a basic formula certainly makes it easy for anyone to pick up and play it, it also ends up feeling like nothing more than an extended "tutorial mode" for other, better looter-shooters.

Write a Review
Compare This | Specifications
Combat is quite fast-paced and exciting
There's lots of room for players to experiment with different builds and abilities
Decent pick if you missed Looter-Shooter 101
Aesthetics are decent but tends to feel very generic
Narrative feels rushed with minimal character development
Loot hunts aren't as satisfying as they should be
Seriously, why can't I pause the game?!
Our articles may contain affiliate links. If you buy through these links, we may earn a small commission.
Sponsored Links