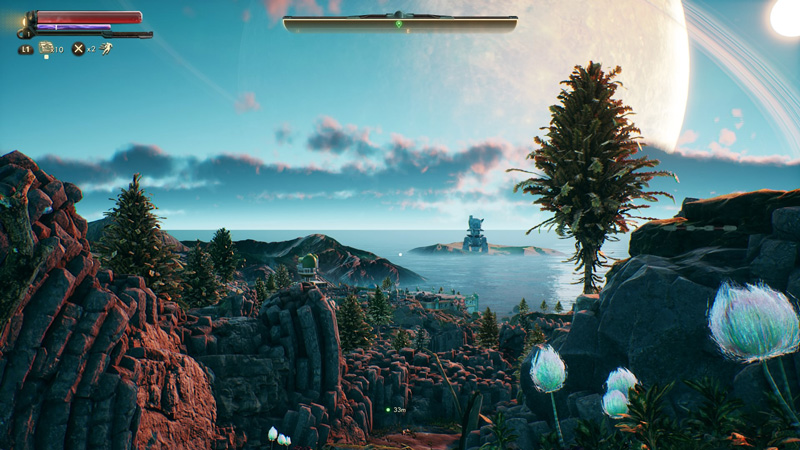 Almost immediately after a short introductory prologue, the game gives you a ship and a couple different planets to travel to. You can visit certain planets out of order, or play through the storyline, which organically gives you a tour of the galaxy and all its colonies. The Outer Worlds only features a sample of this galaxy’s planets, and a smaller sample of those planets to actually explore - but it never feels too small for its own good.

In fact, I’ve actually heard people call this a ‘small’ game, but I couldn’t disagree more. Each area you explore feels heavily curated, like Obsidian knew exactly how much they could accomplish with each planet under their budget, and went for the densest environments they could make. As a result, most towns and cities you visit feel impressively ‘lived in’, injecting your travels with no small amount of immersion. There’s a lot of detail in these worlds, so you’ll always be rewarded for exploring and poking around. 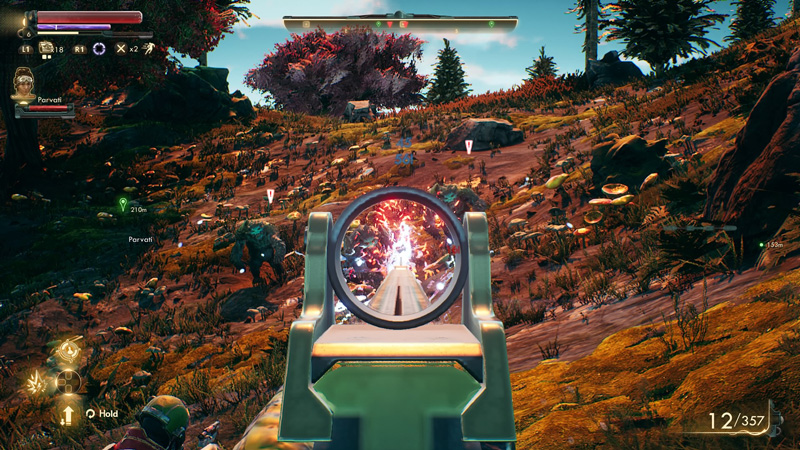 This game gives you the standard assortment of guns and melee weapons, alongside some interesting Science Weapons, like the Shrink Ray, to play with. You can also enter a ‘Tactical Time Dilation’ state, which is pretty much just V.A.T.S. from the Fallout series. Time slows down, and you can check enemies weak points before shooting.

Unfortunately, combat is probably the most disappointing thing about The Outer Worlds. Guns feel floaty and lightweight. Shotguns should feel like small cannons, but here they feel like tiny BB guns. Melee weapons don’t seem worth using whatsoever, because enemies can generally be torn apart pretty easily with any pistol you have on hand. Enemy AI isn’t great, leading to situations where they just stand there and get shot at without reacting. 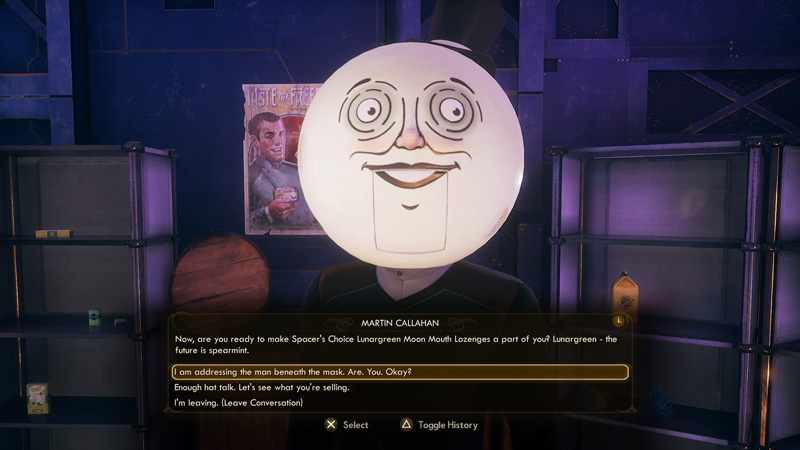 This game is also EASY. Combat is an absolute breeze, especially when you can collect health regeneration items like pennies throughout the game. Your companions have special cinematic attacks in combat, which just make things even easier, though it quickly becomes a chore to sit through the same cutscenes again and again.

Overall, combat isn’t terrible per se, but it’s definitely the weakest link in an otherwise sturdy chain. When you compare it to the other action-RPG set in space this year, you really feel the sting of its poor gunplay. Still, it doesn’t water down the game’s brilliant qualities too much - this isn’t DOOM, after all. No one’s playing The Outer Worlds for its gunplay. 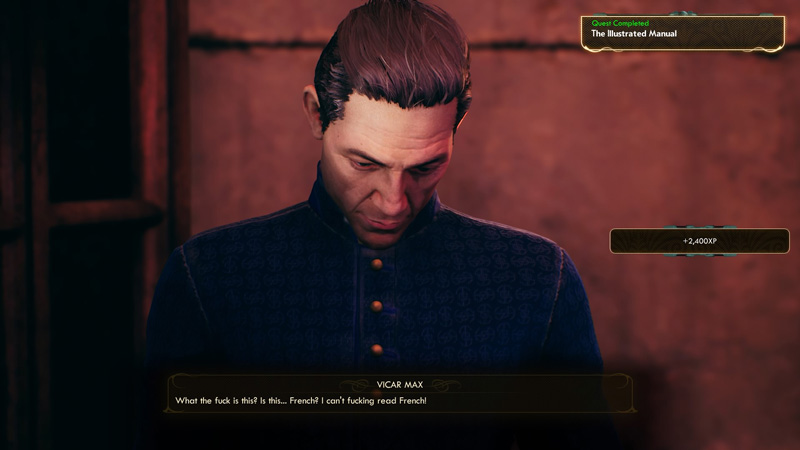 You could finish this game in 20-odd hours. You could also finish it in 60, if you really want to see everything this game has to offer. I highly suggest the latter. Pick this game up and really take your time with it. Explore every nook and cranny you can find, collect every companion and scratch off every side quest. Find out what's up with the Moon Man's hat!

The Outer Worlds is a truly fantastic game. Genius world design makes every environment feel huge, when it’s really just so densely packed with things to do. Quests are snappy, often hilarious and deeply addictive. It’s let down a little by some limp combat, sure - but it’s still the best western RPG I’ve played in a long time. It’s also the best game to fill that Bethesda-sized hole in your heart, I guarantee it.

Write a Review
Compare This | Specifications
Fantastic writing
Interesting story
Vast, dense and colourful environments
Tons of freedom of choice
Companions are interesting
Strong voice acting
There are a couple bugs and glitches here and there
Combat is lackluster
Sponsored Links