Oppo R11s and R11s Plus review: An affordable iPhone X? 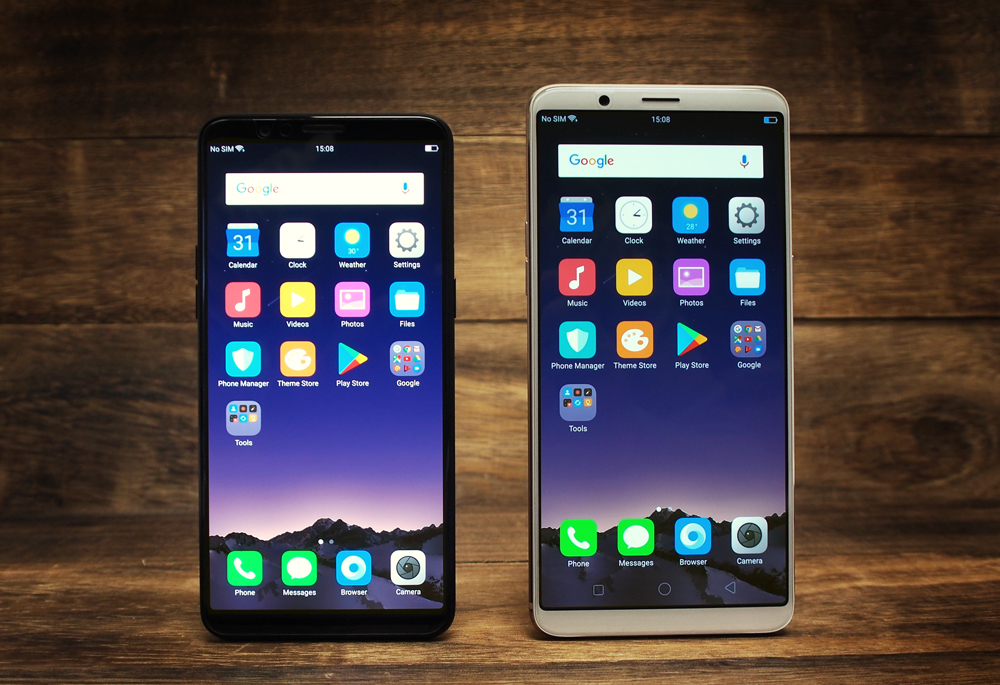 The Oppo R11 may have only been released a mere six months ago, but there's already a new and updated model on the market. The R11s comes with 6.01-inch AMOLED display (in a trendy 18:9 aspect ratio), an improved dual rear camera setup with a larger f/1.7 aperture on the telephoto lens, and a slightly larger battery. And if all this isn't enough screen for you, there's also the R11s Plus, which has an even bigger 6.43-inch, 18:9 aspect ratio display, and an upgrade to 6GB RAM.

The R11s looks mostly the same as its predecessor, with a metal unibody design that looks like a cross between an iPhone and the OnePlus 5. The front now looks much cleaner thanks to the extra tall 18:9 display taking up most of the space and the fingerprint scanner relocated to the rear of the phone. The top and bottom bezels are relatively slim, and there are no distracting elements like a notch or logo to get in the way. Above the display, you'll find the earpiece, the selfie camera and a notification LED, while the area below the screen is completely empty. 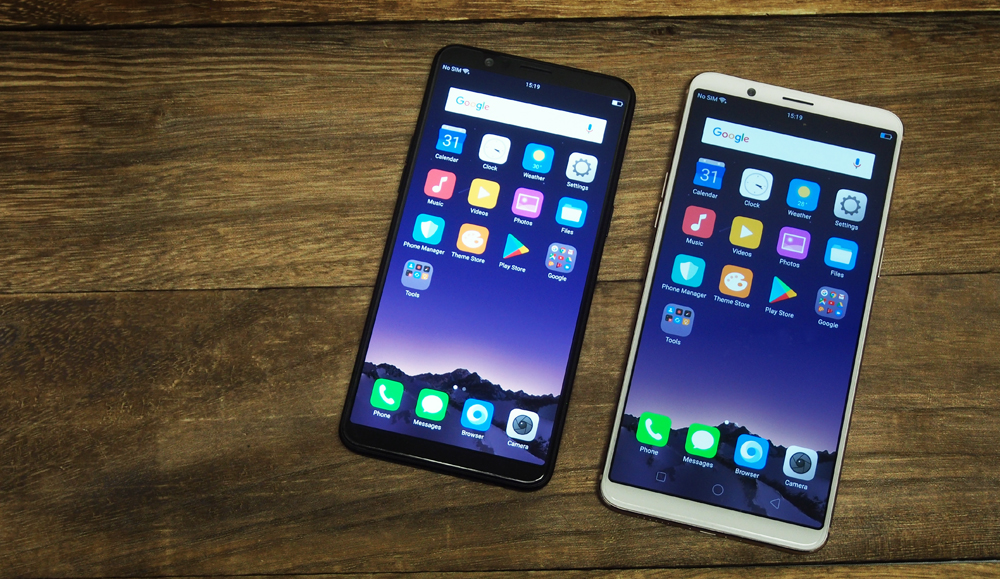 The metal unibody build is a hair thicker than the R11, measuring 7.1mm on the R11s and 7.3mm on the R11s Plus, but it feels just as thin - and as sharp - as before, as it tapers down to a knife-like edge. In fact, the R11s is a little painful to grip due to how thin the edges are. The R11s Plus feels much better, due to its slightly thicker sides, but it's way too big to comfortably use one-handed.

The back of the R11s looks mostly the same as its predecessor, with the same subtle color-matched antenna lines as the R11. The only real difference here is the new fingerprint scanner, which has been moved to the rear to make space for the bezel-less screen up front. Most manufacturers are moving away from metal backs, in favor of glass, so the R11s looks a little dated here, but it's not a bad look. 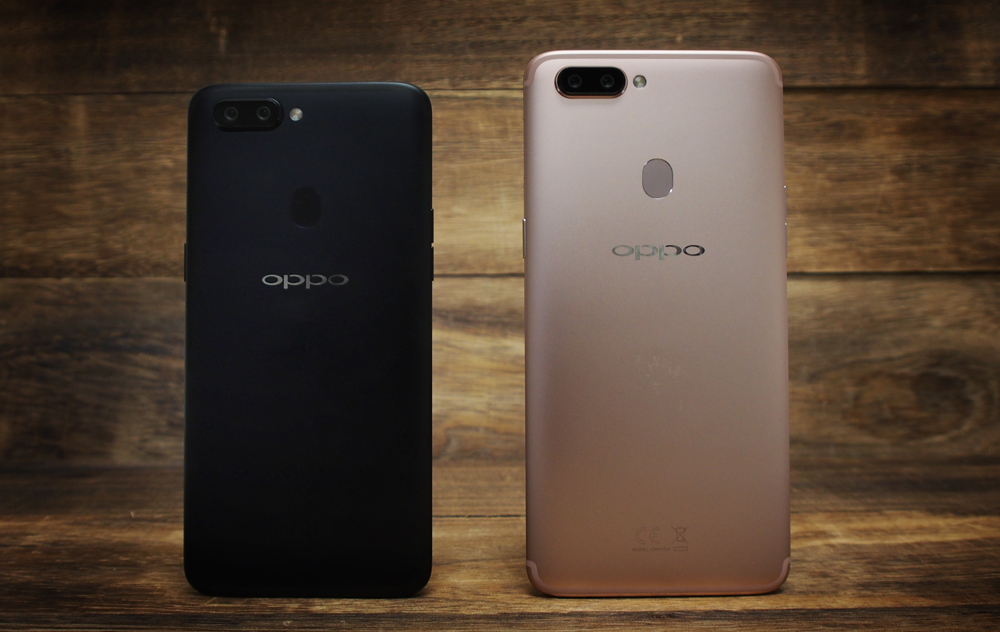 One disappointing design element on both phones is the size of the camera bump. It's a double layer made up of a protruding metal rim and then the glass camera lens itself protrudes further from that. 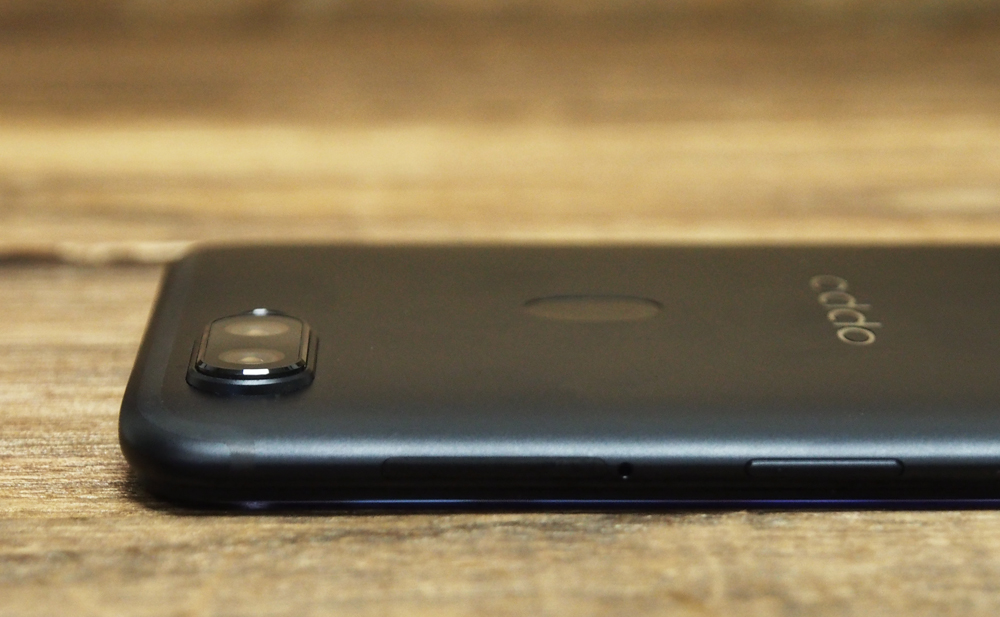 Like the R11, the volume keys can be found on the left, while the power button and the hybrid SIM slot are on the right. The bottom of the phone looks a bit crowded with the micro USB port, a secondary microphone, the speaker, and headphone port all located down here. We're also disappointed to see that Oppo still hasn't switched to a USB Type-C port.

An interesting new design element down here is a concave cutout around the ports and speaker. The idea behind this is that when you hold the phone in landscape mode, it stops your hand from covering and muffling the speaker - the cutout creates a gap for the sound to escape.

Both displays are made by Samsung and are excellent, with strong contrast, deep blacks and rich colors. The only downside is that the maximum brightness on both is still a little dim - and the R11s Plus is also noticeably dimmer than the R11s - which can make it hard to see the screen under bright sunlight. The Gorilla Glass 5 protecting the display is also highly reflective, which doesn't help.

One small thing I'd like to see is the option to customize the color profile on the R11s. Samsung's AMOLED displays always look a bit too oversaturated for my tastes, but on its own phones Samsung lets you setup a custom color profile that's a little more neutral - unfortunately, that's not available on the R11s and R11s Plus. 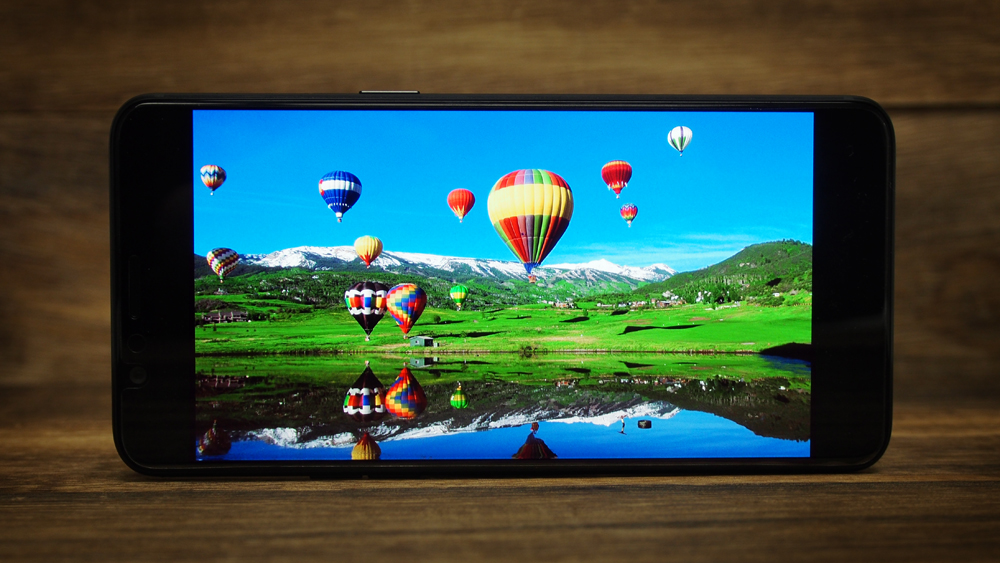 Like all super-tall displays, the 18:9 ratio means the 6.01- and 6.43-inch display size numbers are a little misleading. If you play 16:9 content on either phone you'll have black bars on both sides, and actual content on the R11s will look roughly the same as a phone with a 5.5-inch display, while the R11s Plus looks about the same as a 6-inch display.

Like the R11, the displays on the R11s and R11s Plus come with a factory-installed screen protector. Unfortunately, the plastic screen protector smudges and collects fingerprints very easily. Additionally, while you can, you probably should not remove the screen protector because the display underneath does not have an oleophobic coating (the nanocoating used on most phones to repel oil and smudges).

Audio on both the R11s and R11s Plus comes from a single bottom-firing speaker. It sounds okay, with minimal bass and also a little on the soft side.

The Oppo R11s and R11s Plus run on Android 7.1.1 Nougat with Oppo's ColorOS 3.2 on top. New features in ColorOS3.2 include AI learning and face recognition unlock.

As before, the OS bears a striking similarity to iOS, with the app drawer removed, and apps sitting instead on the homescreen itself. Oppo's notification shade features only notifications and nothing else. To access Wi-Fi, Bluetooth and Airplane mode toggles, as well as the brightness bar, music controls, and Oppo's AirPlay clone Quick Share, you have to swipe up from the bottom of the screen to access the Control Center - yes it's exactly the way iOS works on any iPhone that isn't the iPhone X. 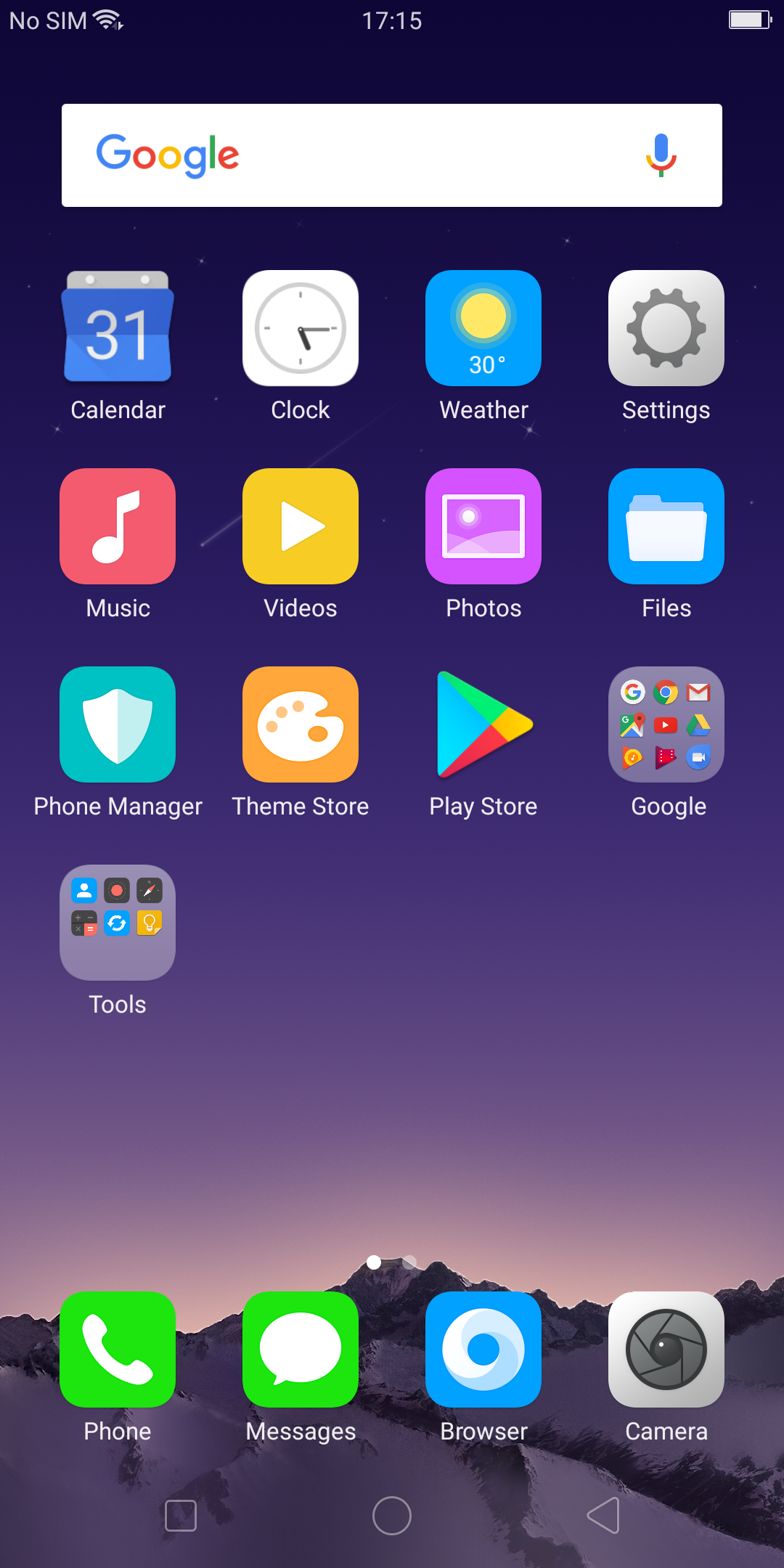 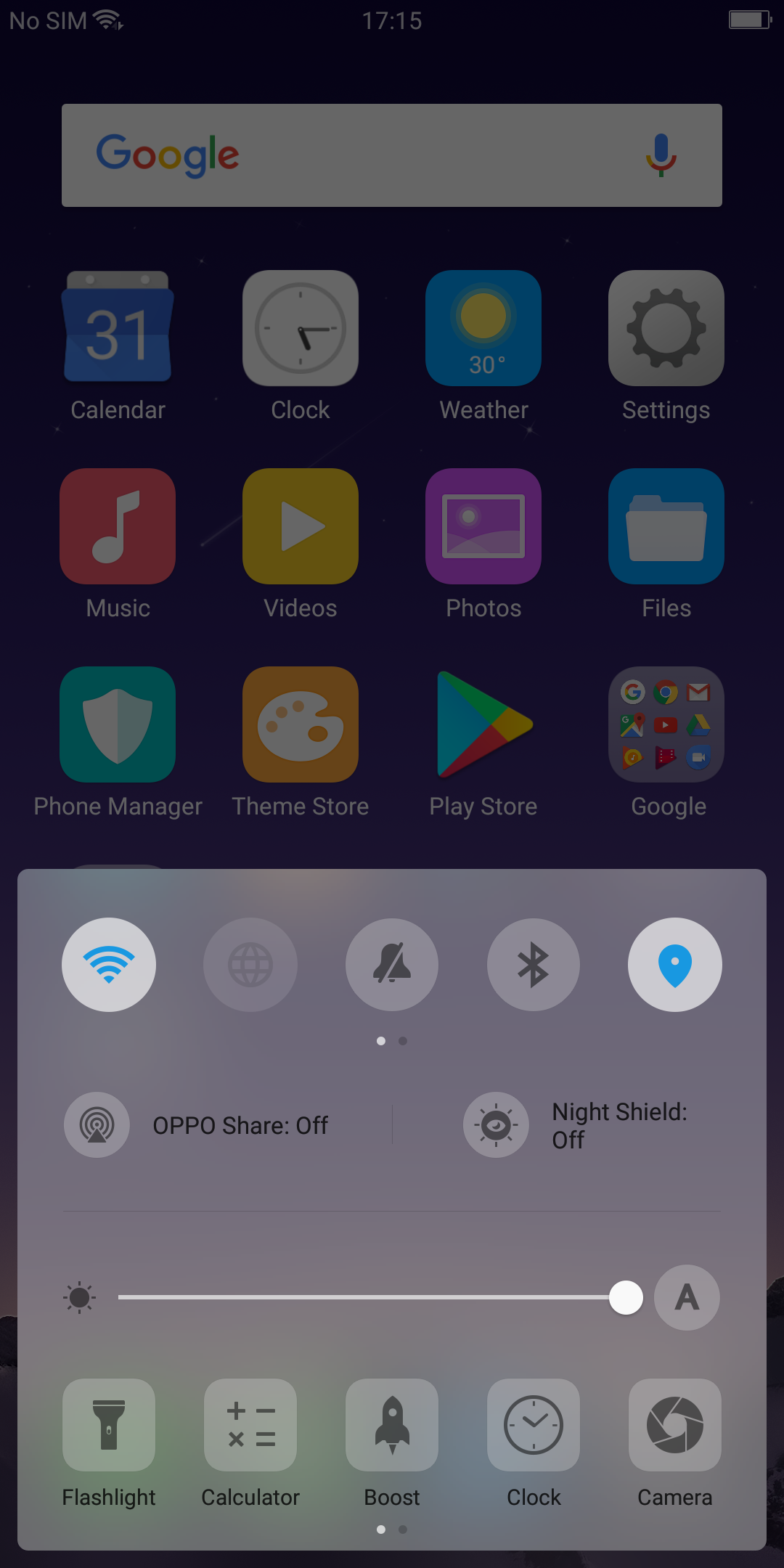 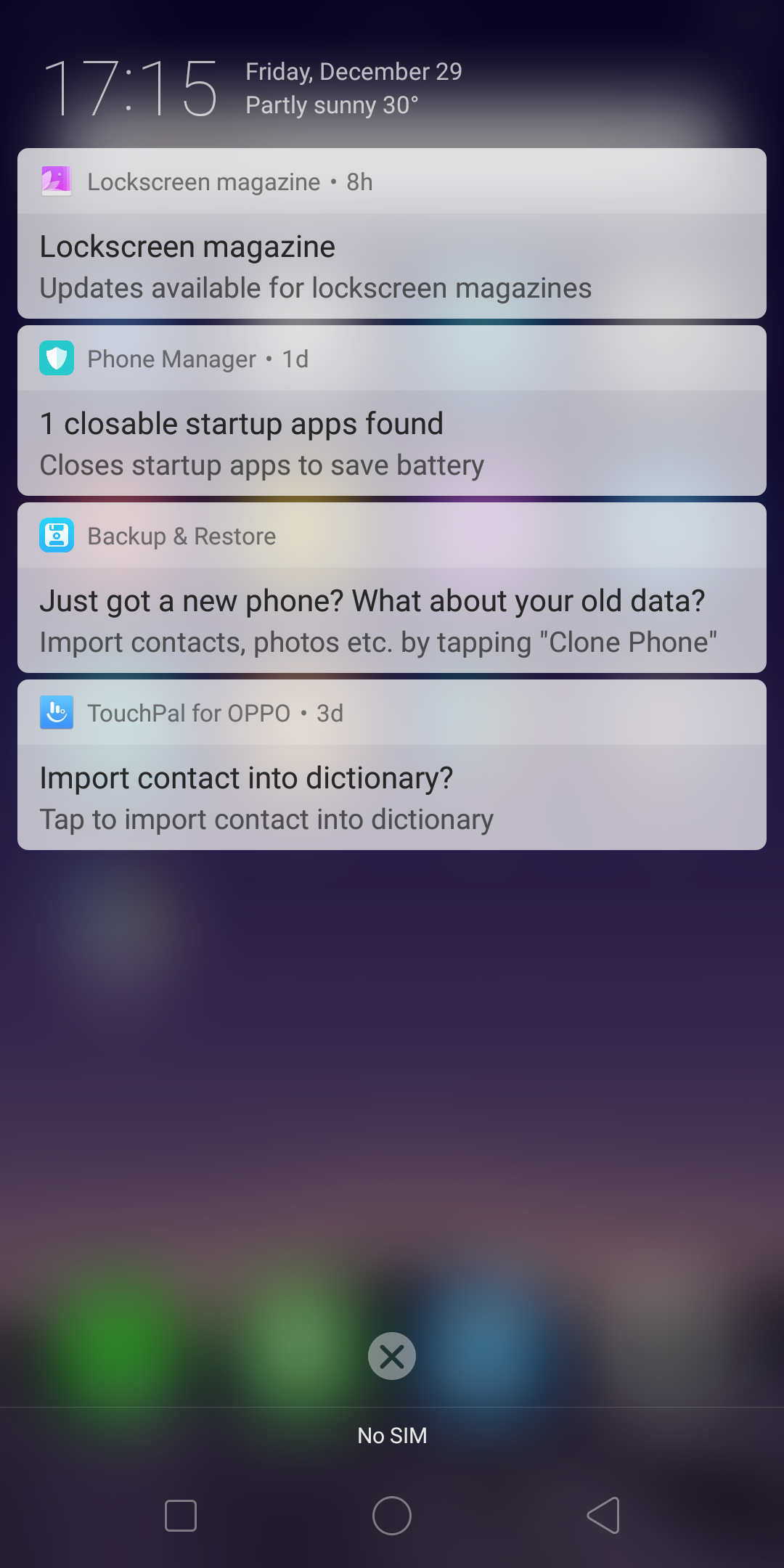 Hidden under the "Additional Settings" option, there's also an option to switch between "Virtual Navigation Keys" and "Navigation Gestures". If you're after the full iPhone X experience, you'll want to switch to the latter, as it hides the on-screen navigation keys and lets you control everything with gestures, just like the iPhone X. If you want to see what the homescreen looks like with that enabled, take a look at the intro picture for this review - the R11s has navigation keys turned off, while the R11s Plus has them on. 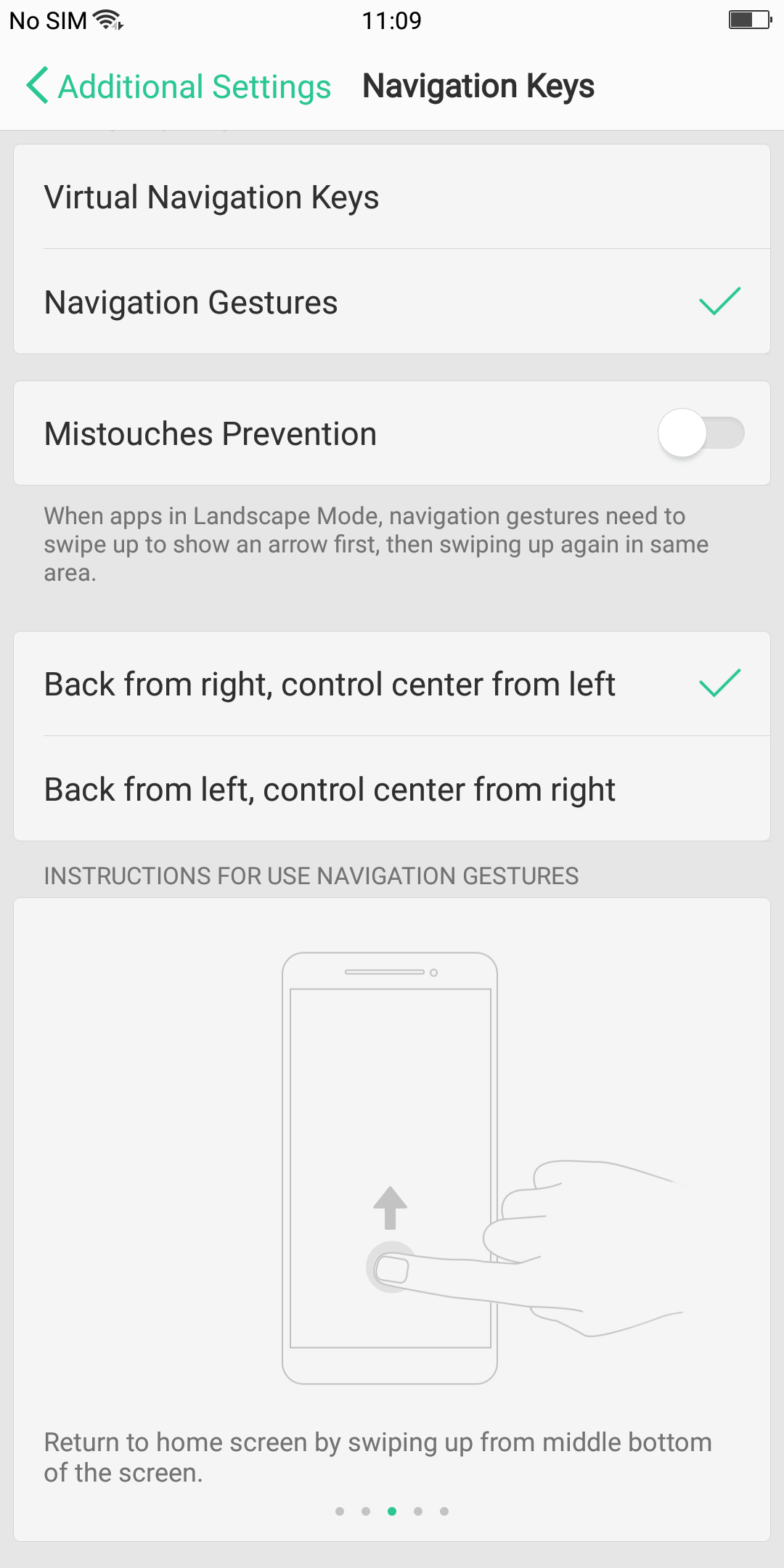 Like practically every phone out there nowadays, ColorOS 3.2 also includes AI learning, which claims to learn from user behavior to better optimize the phone. This is supposed to make your most-used apps startup faster and provide better overall resource management. Personally after a week with the R11s I haven't noticed any improvements yet.

Face recognition unlock is a new feature on the R11s and R11s Plus, and is obviously Oppo's version of Apple's Face ID. It uses the front-facing camera and 120 recognition points (by the way, Face ID uses 30,000 points), and supposedly can't be fooled by a picture. However, it's really tricky to setup and seems to require perfect light conditions or it will fail and tell you to try again. Once you have managed to get it set up though, it actually works quite well, and unlocks fairly fast. True to Oppo's word, I wasn't able to fool it with a picture of myself, which means it's at least somewhat more secure than Samsung and LG's face recognition software. Unfortunately, much like the setup process, it only really works in well-lit environments. In dim lighting it takes a few attempts or doesn't work at all, and unlike Face ID, you can completely forget about using it in the dark. 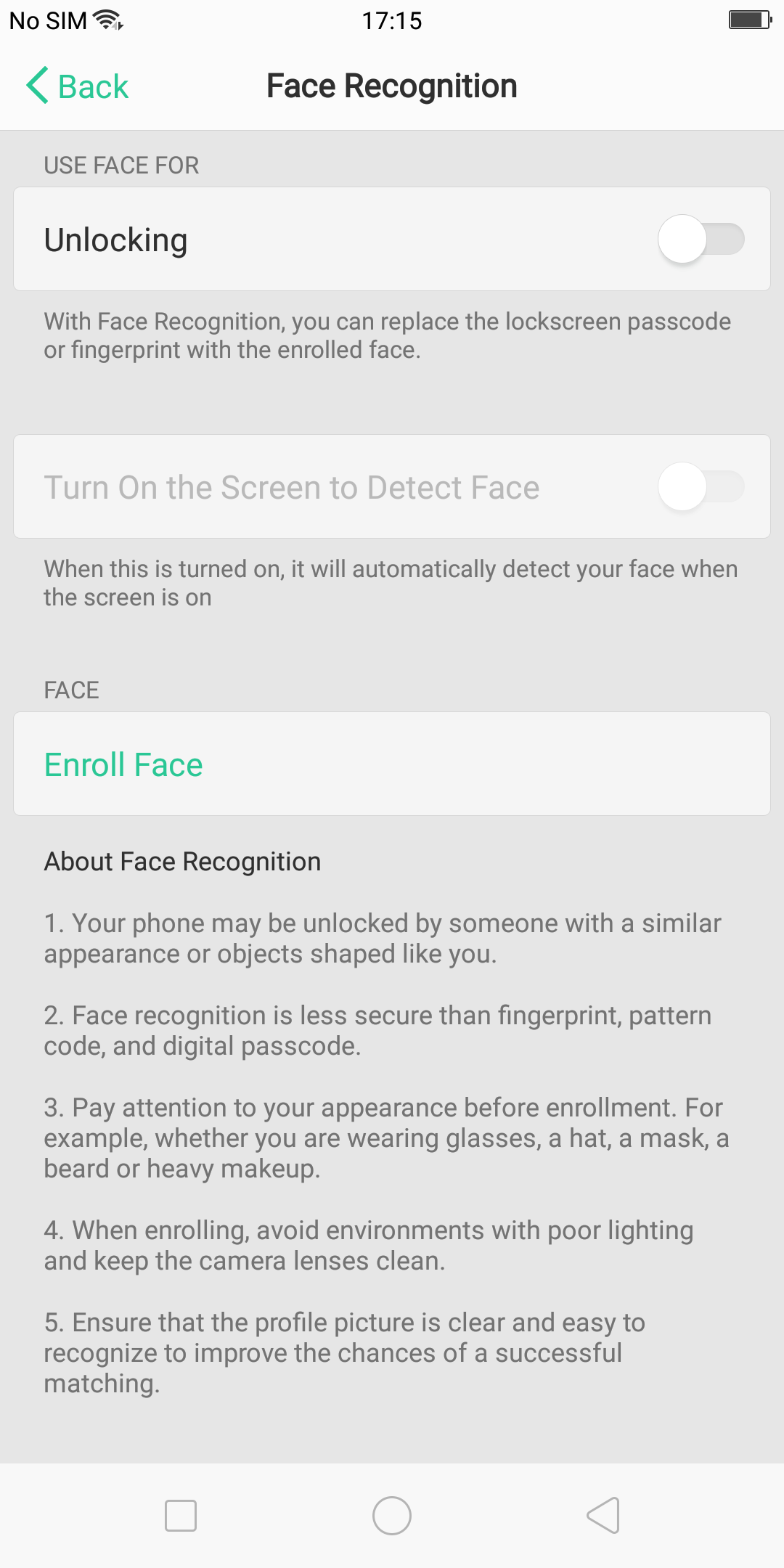 Finally, it's worth noting that just like the R11, the R11s and R11s Plus still lack NFC support, which rules out many mobile payment apps.

Write a Review
Compare This | Specifications
Gorgeous bezel-less AMOLED display
Great battery life
Decent dual camera setup
Weak benchmark performance
No NFC
Micro-USB is outdated
UI copies Apple too much
Edges too thin
Our articles may contain affiliate links. If you buy through these links, we may earn a small commission.
Sponsored Links