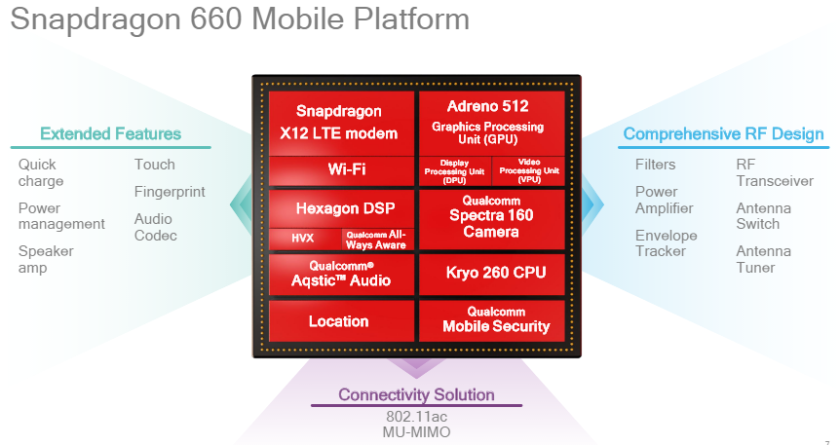 For the performance assessment, we've amassed other mid-range Android devices that we've recently tested, along with the Oppo R11 predecessor, the R9 series:-

The Oppo R11 showed a big improvement over the R9s and R9s Plus, and was only beaten by the Snapdragon 835-powered OnePlus 5. In real world usage, the R11 was snappy and responsive for web browsing.

Quadrant is an Android benchmark that evaluates a device's CPU, memory, I/O and 3D graphics performances. Take this benchmark with a grain of salt, because so far all of our 835-powered smartphones have massively underperformed here, and the R11 also didn't perform up to our expectations. We suspect one aspect of the Quadrant benchmark is incompatible with Qualcomm's newer processors.

3DMark Ice Storm is designed to test the gaming capabilities of a device, putting its GPU through a rigorous OpenGL ES 2.0 benchmark test that uses fixed off-screen rendering with high quality textures and post-processing effects. The Unlimited version of the benchmark disables v-sync, display scaling and other OS factors, making it ideal for chipset comparison.

Oppo R11 once again showed big improvements over the R9s and R9s Plus, but was no match for the 835-powered OnePlus 5. 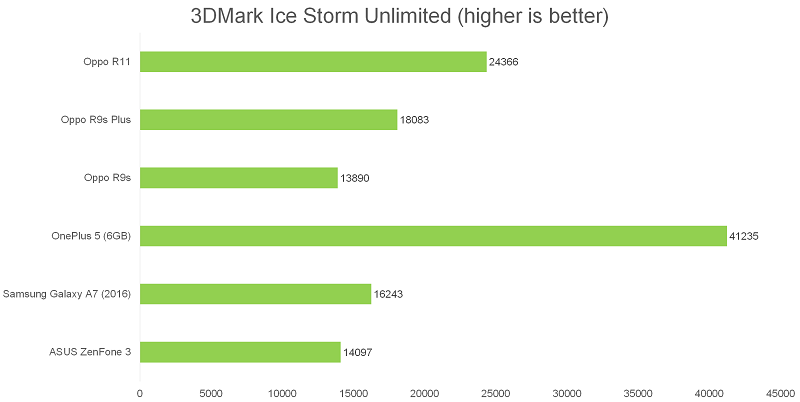 This setup operates in almost exactly the same way as the dual camera setup on the iPhone 7 Plus. In fact, the default camera app is a clone of the iOS camera app, with every icon and setting in exactly the same place, including the zoom icon. Tap it to switch between 1x and 2x zoom, or tap and drag to bring up a circular dial to make smaller adjustments to the zoom. 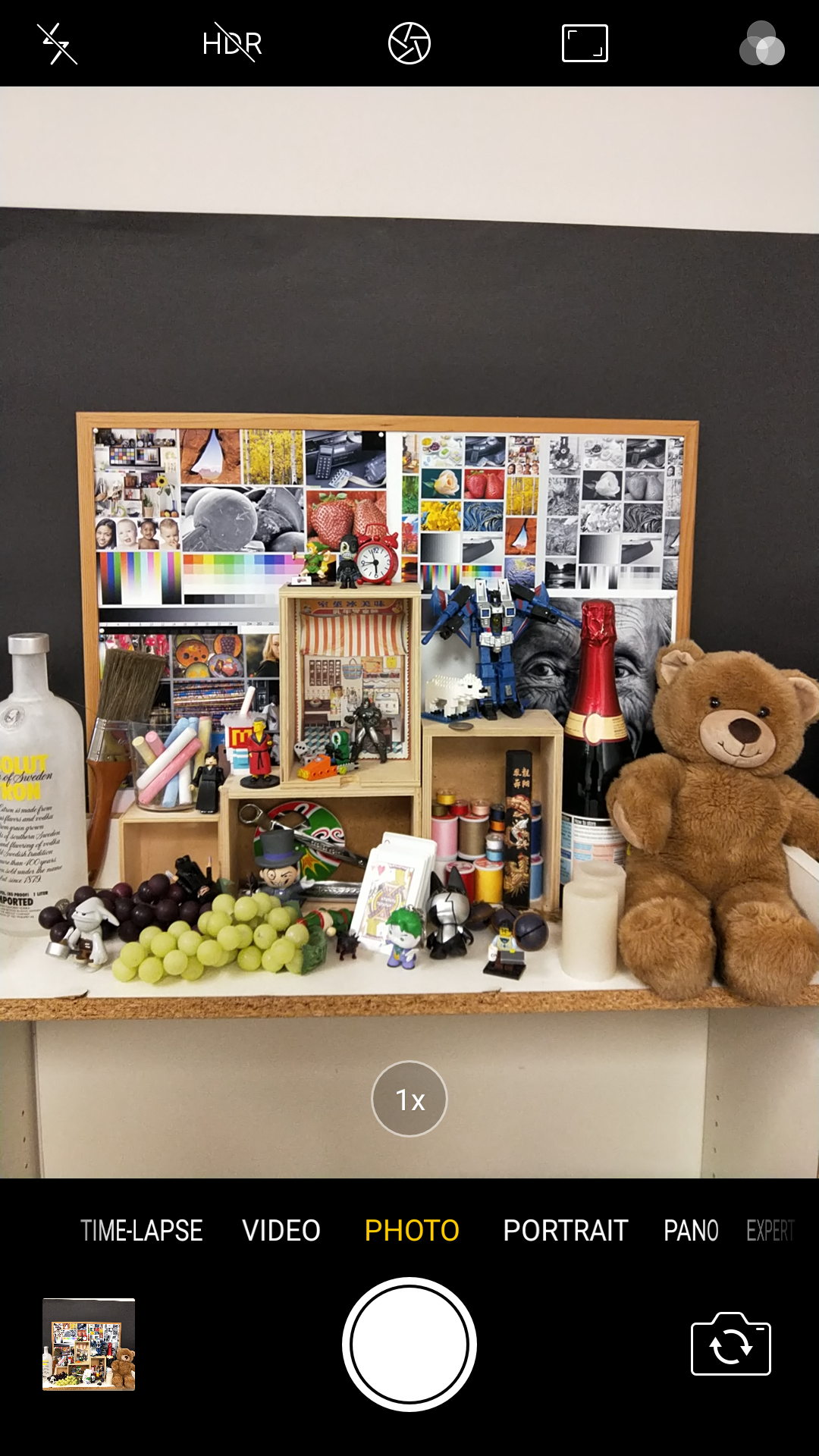 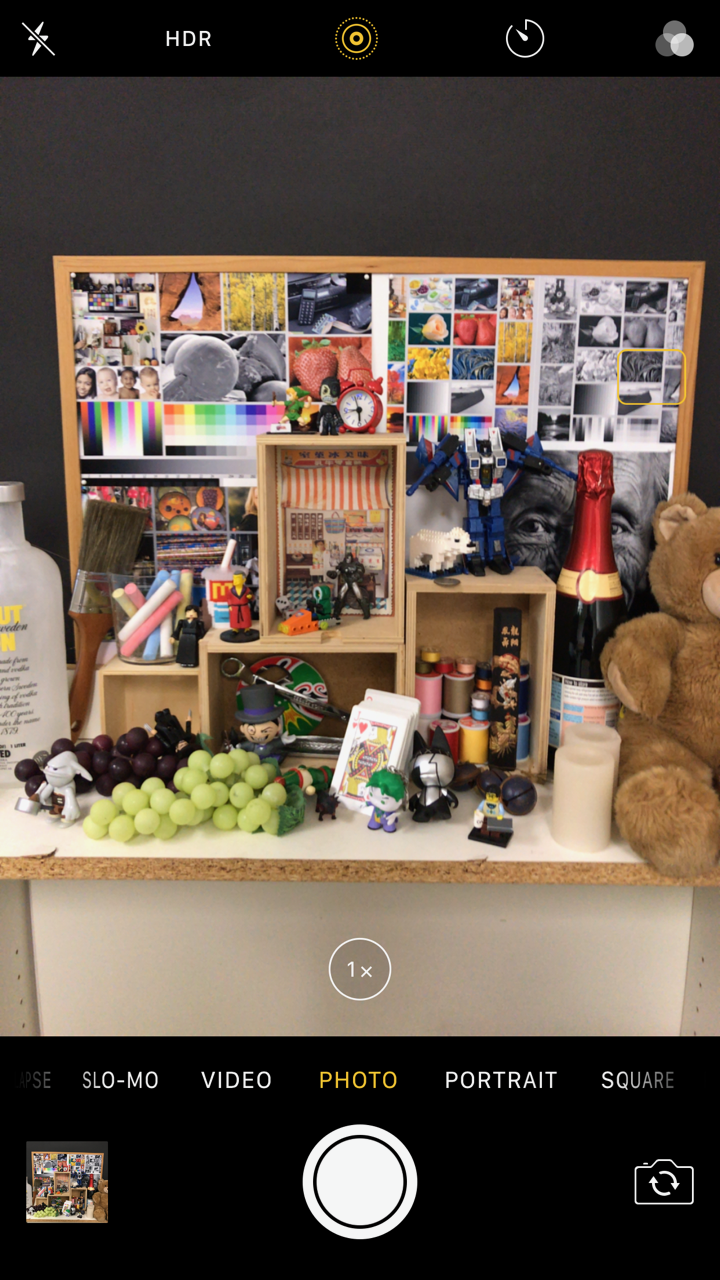 Image quality from the R11 is decent, with good color reproduction and contrast, although there is some softness towards the edge of the frame. There's no noticeable difference in quality between both rear cameras, but there is some slight processing lag when using the 2x camera, as the phone has to combine the images taken by both cameras in order to produce the zoomed in image.

The R11 lacks any optical image stabilization (OIS), which makes it tricky to shoot in low light, and as a result, less than ideal lighting conditions tend to result in either soft focus or extremely noisy images. The lack of OIS also makes it hard to capture stable video footage, especially if you're using the 2x zoom. 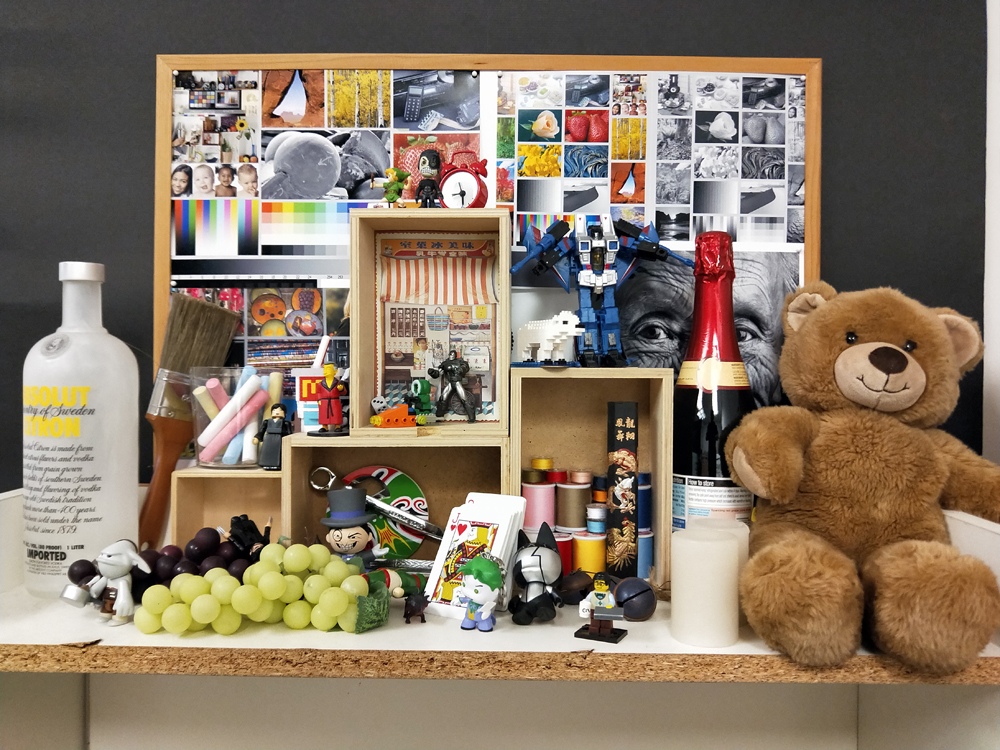 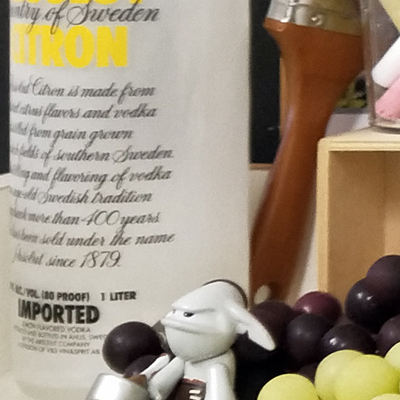 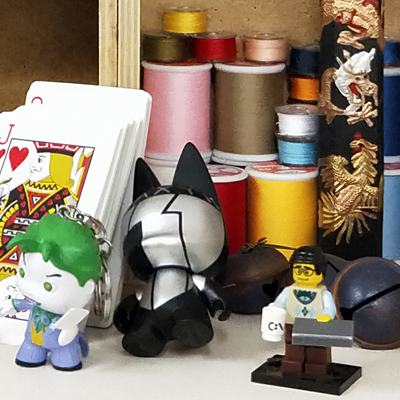 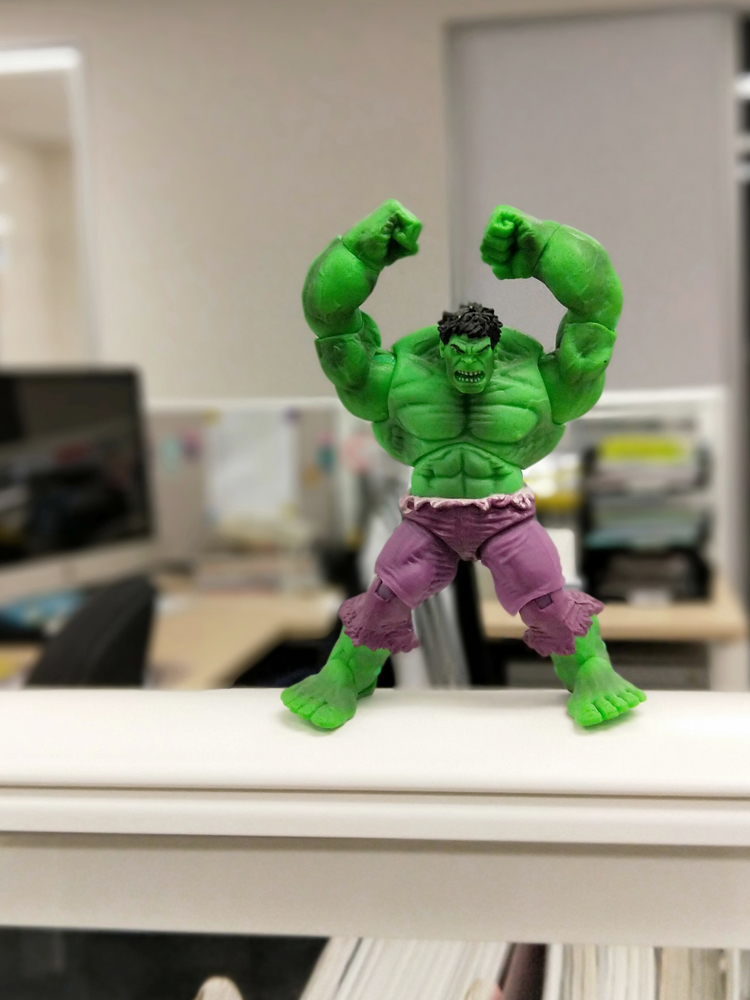 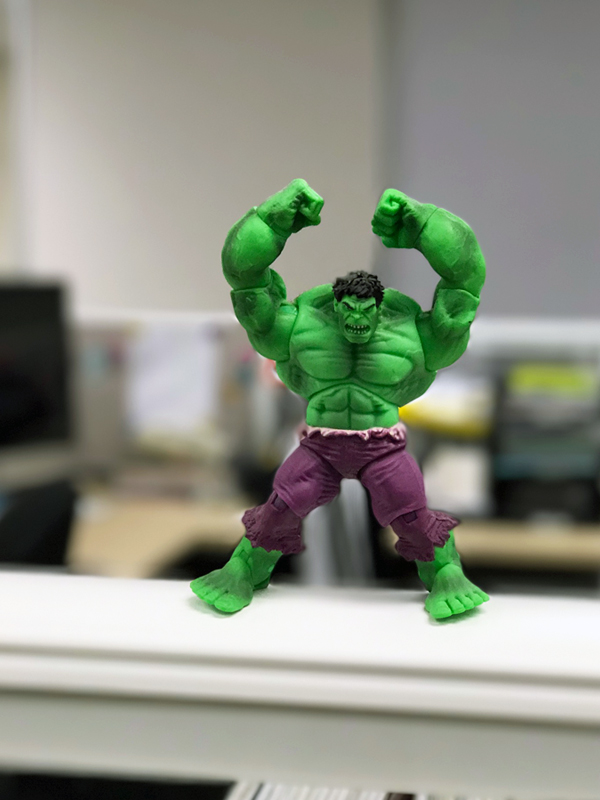 On the front, there's a whopping 20-megapixel f/2.0 shooter. There's no bokeh effect for shooting selfies, but if you select Portrait mode when using the front-facing camera, there's a beauty filter that smoothens your skin and removes blemishes.

The Oppo R11 is powered by a 3,000mAh capacity non-removable battery, which is slightly on the small side for a smartphone with a 5.5-inch display. Nevertheless, the R11 performed well, lasting thirteen hours and 42 minutes in our video looping benchmark. We can attribute this to its power efficient Snapdragon 660 processor and AMOLED display. 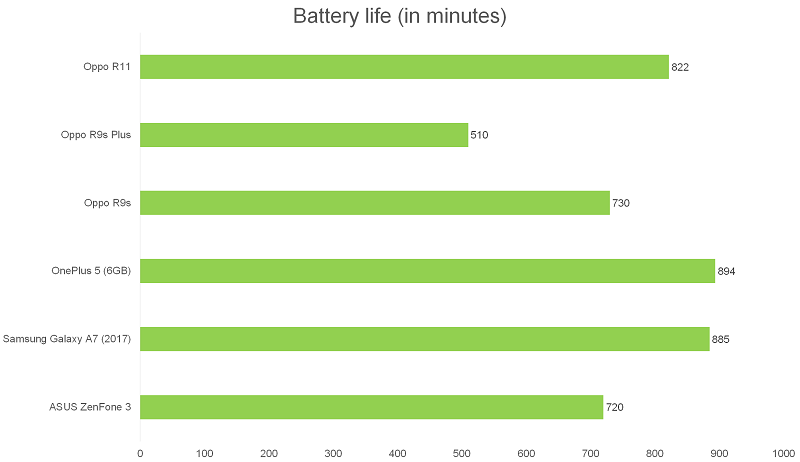 Strangely enough, Oppo has stuck with the outdated micro-USB standard for the R11's charging port. It doesn't make much difference, but as someone that's gotten used to the reversible USB Type-C port, it was annoying having to go back to checking the orientation of the cable before plugging it in.

As with Oppo's other phones, despite using a Qualcomm processor, the R11 uses Oppo's own VOOC fast charging technology (which we've found in the past to be the best out of all of the fast charging technologies out there). The latest version of VOOC will charge the phone from 0 to 70 percent in just thirty minutes and to 100 percent in just over an hour. 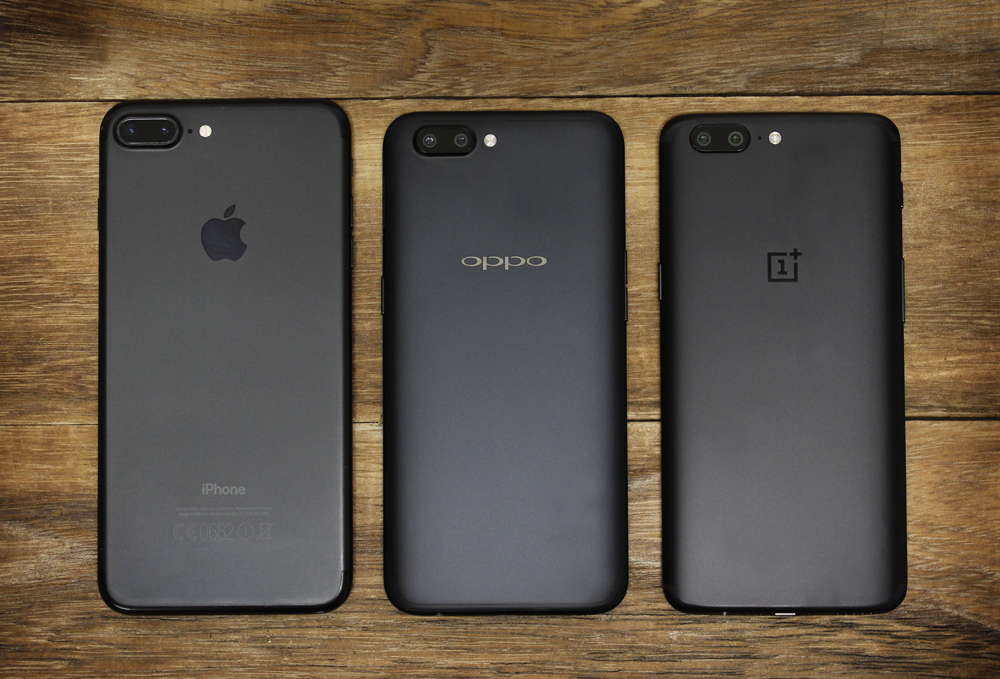 The idea of a really affordable iPhone 7 Plus running on Android 7.1 Nougat sounds quite enticing, but the reality is quite the opposite. For starters, Oppo's continued habit of just copying everything Apple does as closely as possible instead of picking and choosing only the good bits has resulted in some particularly frustrating design choices, notably in the software - some things that make sense on iOS just don't work on Android, but Oppo copies them anyway.

The phone's design is sleek, but the R11 looks too similar to the iPhone 7 Plus to award it any points for creativity. And the one area where Oppo decided to deviate from Apple's design, the ultra thin tapered edges, actually makes the phone less comfortable to grip - Oppo would have been better off just sticking with Apple's rounded edges. The dual rear camera setup is a reasonable reproduction of Apple's iPhone 7 Plus dual camera setup, but the cameras themselves aren't as good, and when you're shooting at 2x zoom, you really need optical image stabilization (which is lacking on the R11).

Finally, at S$699, the R11 is quite pricey for a mid-range phone and its set of features. For S$70 more you can get the 6GB RAM/64GB OnePlus 5, which has a very similar dual rear camera setup, looks almost exactly the same, and has a much more powerful flagship-level Snapdragon 835 processor. It also has a UI that's closer to stock Android instead of the iOS clone you get with the R11. Alternatively, the Xiaomi Mi 6 is available for about S$130 LESS than the R11 (export units on Lazada) and also has a dual camera setup (with the added benefit of optical image stabilization) and a Snapdragon 835 processor.