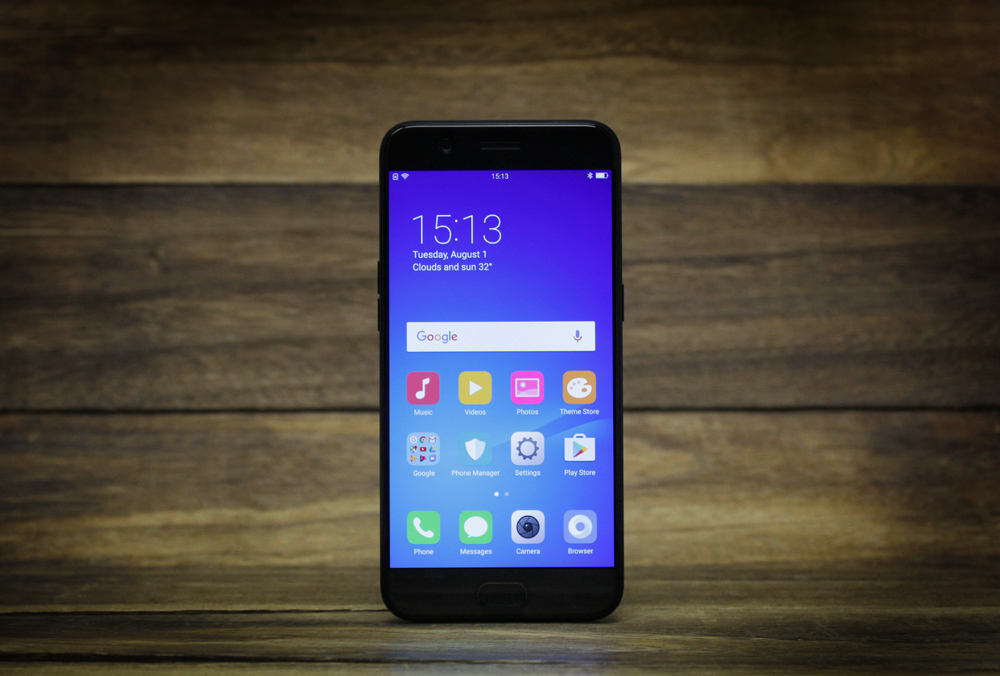 Oppo has been in Singapore for about three years now, and while not enjoying the same level of success as Chinese contemporaries Xiaomi and OnePlus, the brand has produced a steady stream of fairly decent smartphones. Its latest smartphone, the R11 (Oppo skips even product numbers for some reason, which means its taken them less than three years for the R series to go from the R1 to the R11) bears a striking resemblance to Apple's iPhone 7 Plus and even includes a similar dual camera setup.

On the back of the R11 you'll find a primary 16-megapixel f/1.7 lens and a secondary 20-megapixel f/2.6 telephoto lens with 2x optical zoom. The R11 is also the first phone on the market powered by Qualcomm's new mid-range Snapdragon 660 processor. But at S$699, does it offer enough to compete with the similarly priced, but Snapdragon 835-powered, Xiaomi Mi 6 and OnePlus 5? Let's find out.

Oppo's R series phones tend to draw 'inspiration' from the latest iPhone, with last year's R9 being one of the worst offenders. The R11 follows the same trend and looks remarkably similar to the iPhone 7 Plus. From the front, the two phones look very similar, with the same curves, speaker shape and front camera placement. Only the fingerprint scanner is a different shape: it's oblong on the R11, and circular on the iPhone.

As the R11 is an Android phone, you'll also find two backlit capacitive keys on either side of the home button. For some reason, Oppo has chosen to swap the positions of the keys from the standard Android layout, with the back button on the right side, and the menu button on the left - perhaps they're drawing inspiration from Samsung here, because all Samsung phones used to have this setup too before swapping to customizable on-screen keys with the S8. Unfortunately, there's no option to reconfigure this. 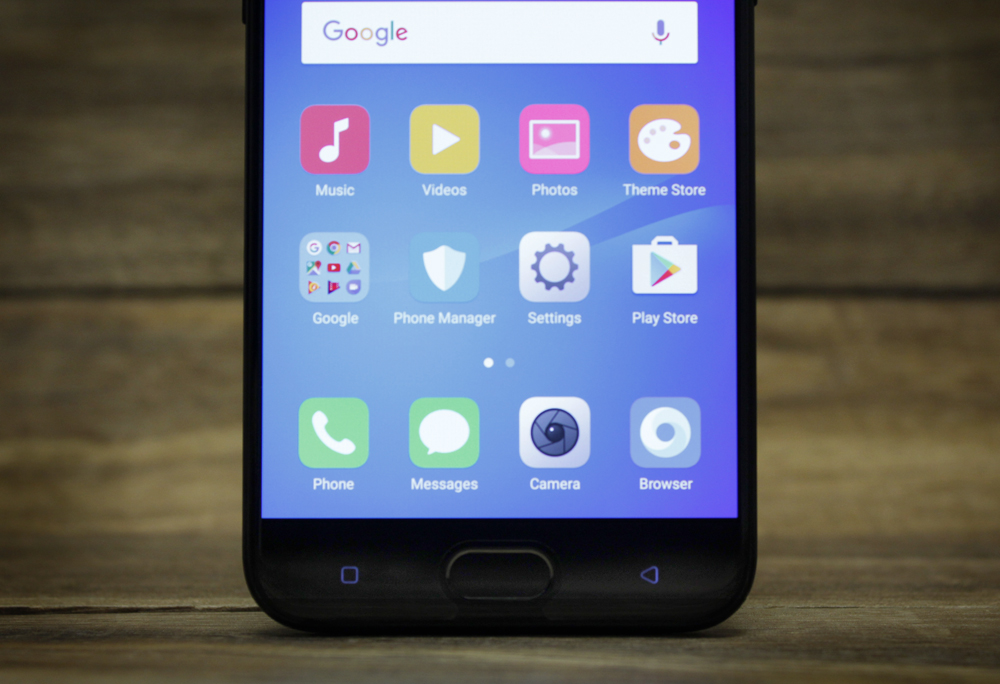 The back of the R11 also bears a striking resemblance to the iPhone 7 Plus, with the most notable similarity being the look and placement of the dual camera setup. Even the antenna lines follow the same design and style as the iPhone 7 Plus. Like the iPhone, the power button is found on the right side and the volume buttons are both on the left. Above the power button you'll find the dual nano-SIM card slot. The second slot also doubles up as a microSD card slot that accepts cards up to 256GB in capacity.

On the bottom of the phone, the speaker grille also looks a lot like the one found on the iPhone. One difference here is that the R11 has a 3.5mm headphone jack. Strangely enough, you'll also find a micro-USB port down here - something you wouldn't expect to see on a phone this late into 2017, with almost everyone else having already switched to a reversible USB Type-C port. The only real difference between the R11's design and the iPhone 7 Plus is that the sides of the R11 taper dramatically. As a result the sides are extremely thin, measuring a mere 6.8mm. My colleague described it as "like holding a knife along its edge" and I'm inclined to agree; the sides are so thin, they're actually painful to grip. This is one area where I wish Oppo had just stuck to following Apple and gone with a more conventional rounded edge.

The R11 is available in Gold and Black. A Rose Gold option is also available in some countries, but Singapore is not one of them.

The R11 has a 5.5-inch 1,920 x 1,080 pixels (401ppi) resolution AMOLED display. While most Android flagship phones are now sporting QHD displays, the majority of Oppo's competition, including the Xiaomi Mi 5 and OnePlus 5 are still using Full HD displays. The iPhone 7 Plus, of course, also uses a Full HD display. Personally, I'm fine with a Full HD display, as I don't think the extra pixels are even noticeable on such a small screen and most online media content is still 1080p or 720p resolution anyway. Same goes for websites and other online that's currently designed for Full HD resolution screens, so you're really not missing out much. If anything, the choice of screen used and resolution actually help make the phone more frugal in power consumption.

The AMOLED display is excellent, with strong contrast, deep blacks and rich colors. Unfortunately, the display’s maximum brightness is a bit dim, which can be problematic when using the phone outdoors, as it makes the display difficult to see. As with most smartphones these days, there's a night mode (amusingly called "Nightly Shield") that reduces the amount of blue light on the screen to prevent eye strain. The display comes with a factory-installed screen protector. Unfortunately, the plastic screen protector smudges and collects fingerprints very easily. Additionally, while you can, you probably should not remove the screen protector because Oppo tells me the display underneath does not have an oleophobic coating (the nanocoating used on most phones to repel oil and smudges). 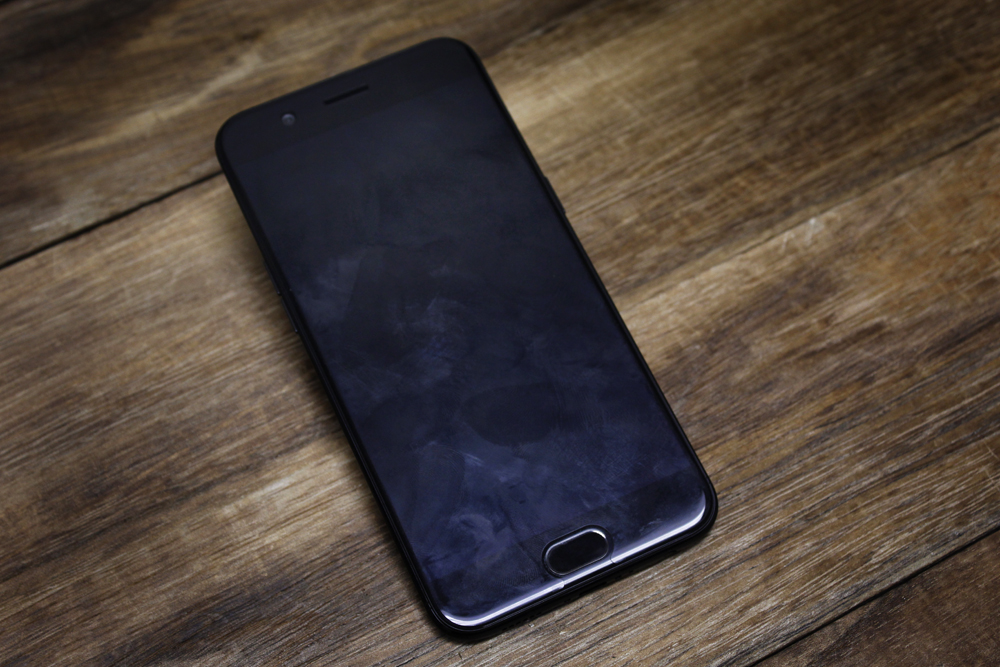 Audio on the R11 comes from a single bottom-firing speaker. It's fairly average, with minimal bass and it's also a little on the soft side.

While the R11 runs on Android 7.1.1 Nougat OS, Oppo's ColorOS 3.1 UI makes dramatic changes to the OS, to the point where it looks and feels much closer to (surprise, surprise) iOS.

The notification panel toggles have been replaced with a control center, the system apps use many design elements from iOS, and many of iOS' signature features have been blatantly copied over too. Oppo Share, for example is a shameless clone of AirPlay, right down to the triangle in the logo. Even aspects of iOS that aren't as good as Android have been copied for some reason. Take notifications, for example. On pretty much every other Android-based UI out there, you swipe right on a notification to dismiss it. On iOS, you swipe left, then press Clear, which frustratingly takes two steps. On the R11, Oppo has decided to copy Apple's approach - you have to swipe left, then press "Delete" to clear notifications. In iOS, if you swipe right on the notification panel, you pull up the Widgets panel, so at least it sort of makes sense why there's a different process for clearing notifications. On the R11, swiping right does nothing. Finally, it's also worth noting that the R11 does not have NFC support, which rules out many mobile payment apps and that's sad for a  mid-range device released this late in 2017.

Write a Review
Compare This | Specifications
Good battery life with fast VOOC charging
AMOLED display
Expandable storage
Decent dual camera setup
Poor UI experience
Cheap screen protector and no oleophobic coating
Edges are too thin
micro-USB is outdated
No NFC
Expensive for a mid-range offering
Our articles may contain affiliate links. If you buy through these links, we may earn a small commission.
Sponsored Links