The Find X3 Pro has one of the most interesting camera configurations in recent flagships by many counts. Here’s why. First, it uses the same sensor for the main and ultra-wide, which is great if you don’t like compromising on image quality when taking either shot. The resulting field-of-view in each camera is mostly the lenses doing that heavy lifting, so it comes down to seeing how well Oppo corrects fish-eye distortion in the ultra-wide camera.

The telephoto camera strangely offers only up to 20x digital zoom. It’s an assumption, but higher zoom may not be more practical than 20x or under. Also, as we’ve seen in many 50x or 100x telephoto shots by other flagship smartphones from the previous years, a higher zoom rating and better image stabilisation still don’t quite make the photo serviceable. It’s probably a better idea to scrap high digital zoom until further notice, so 20x it shall be (the older Find X2 Pro offered 60x digital). Perhaps it’s a bummer that the Find X3 Pro doesn’t offer pure optical zoom, but we’ll see how its 5x hybrid zoom holds up before we pass any further comments. Most intriguing is the 3MP Microlens, offering photography at 60x magnification. Essentially, this camera works just like the other three, except that it comes with a lens that enlarges the subject by up to 60 times. The resulting photo would look like something you’d see under a microscope. Oppo said that this allows users of the Find X3 Pro to explore new ways of photo-taking. We think it’s quite gimmicky, and most people won’t find a practical use for it unless they’re clean freaks, but more important to us is whether the Microlens works well when called upon.

On to the sample images. 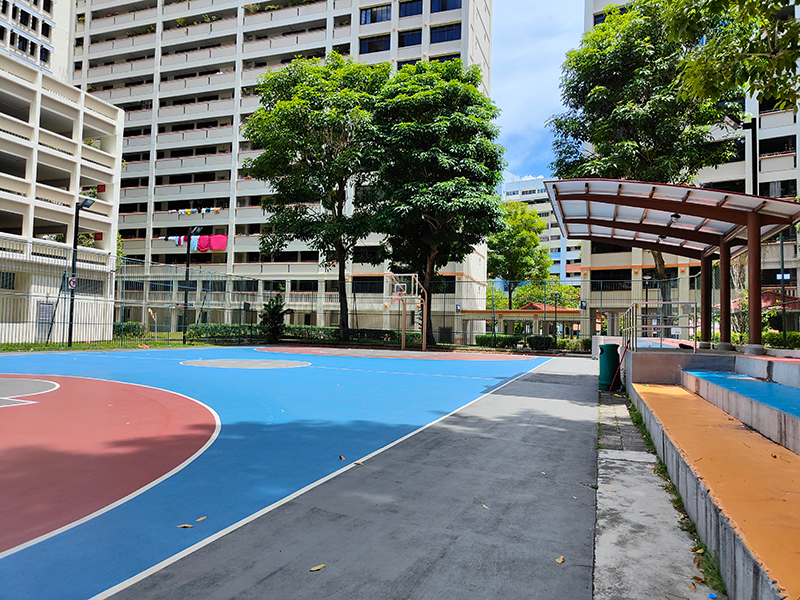 At this point, we'd like to gush about the general imaging quality delivered by the main camera and ultra-wide-angle camera. The imaging capabilities are certainly befitting a modern flagship, which is of no surprise to people paying top dollar for a phone. Still, Oppo's choice of making the ultra-wide rely on a camera sensor identical to the main camera is definitely the right choice in hardware. This is easily one of the better attempts at ultra-wide we've seen thus far and you can tell how well the colours are consistent in both shots. As mentioned at the top of this section, high digital zoom ratings aren't of much practical use, and it shows in Find X3 Pro's 20x digital zoom. Sure, you can make out what's going on and what the subjects are, but you're not going to get too much detail off the lady's outfit or even figure out which car brands are on the road. If there's an observation to make, it seems like the Oppo Find X3 Pro really goes above and beyond in trying to breathe more life into its imaging, especially with its biases towards warmer settings.

Overcompensating with a Microlens

We've left the 3MP Microlens out because it's a fairly unique camera feature among recent flagships and also because we wanted to ask ourselves what we can really get out of a 3MP lens with 60x magnifications. Before we blabber, here are the images: 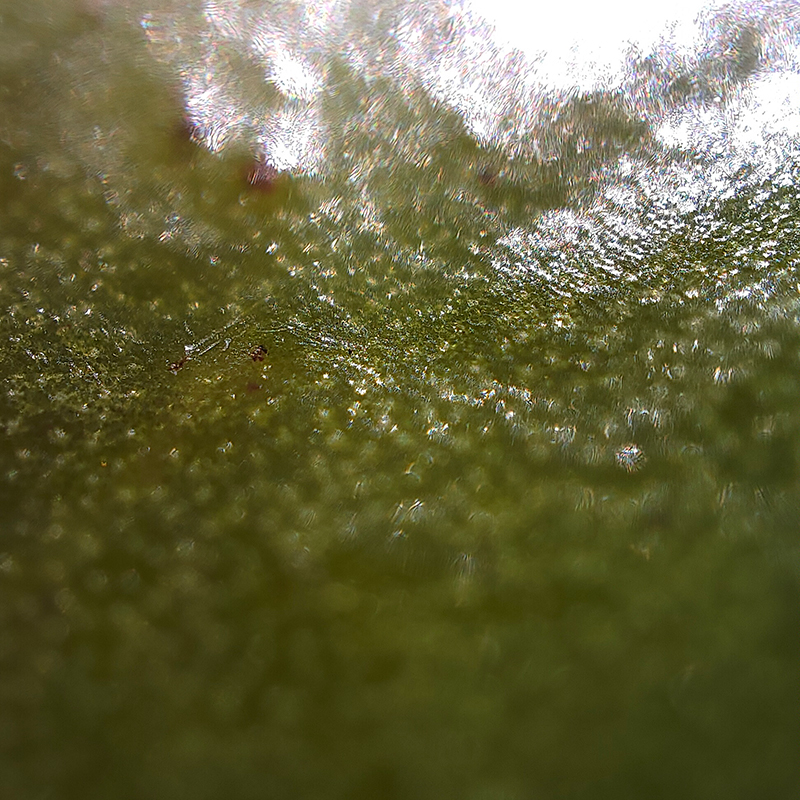 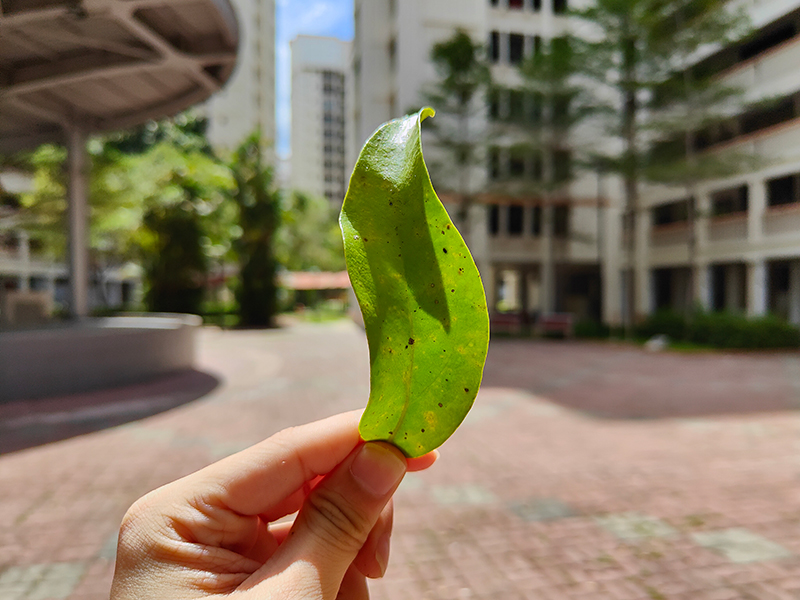 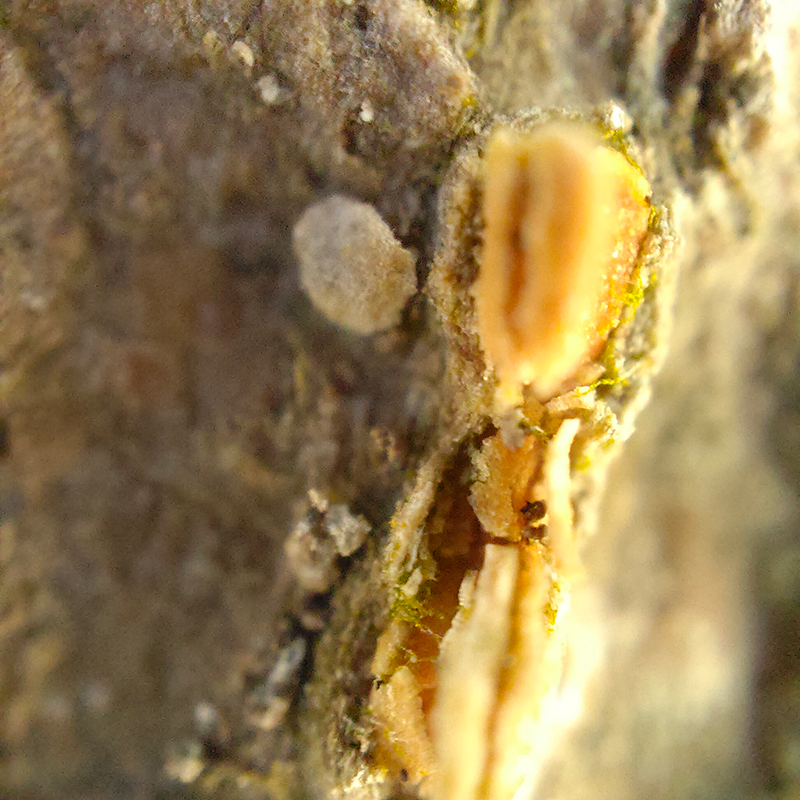 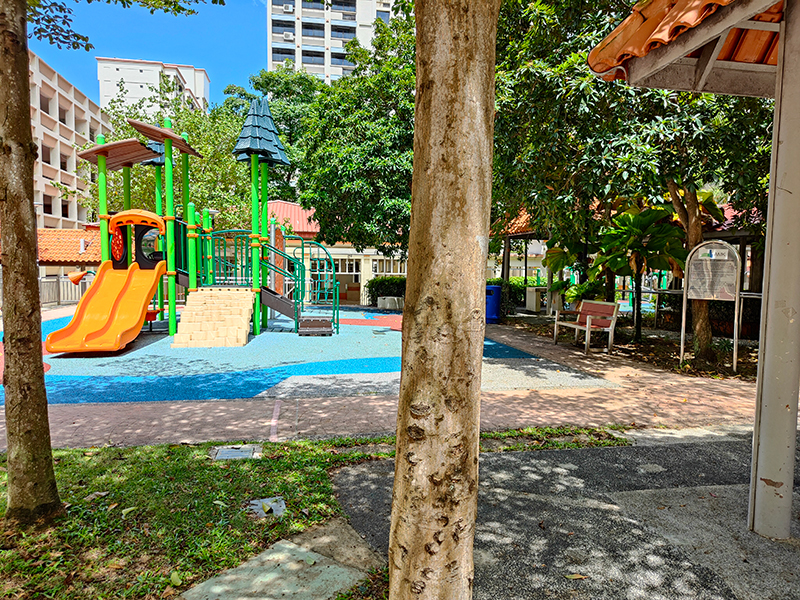 Oppo definitely provided an interesting photography option with the 3MP Microlens. However, its execution and practicality leave much to be desired.

We say that, because to achieve the 60x magnified shots above, one needs to literally place the Oppo Find X3 Pro's rear cameras onto the subject. Yes - not near, not away, but lens-touching-on-the-subject. We found that was the most consistent way of getting a serviceable and remotely artistic shot off the 3MP Microlens. We've managed to replicate a few more (such as photos of our clothes' fibres, random grains of sand, and other mundane things), and the process doesn't change. If you can't get the phone's rear to touch the subject, you're not going to get a well-focused 60x magnified shot. Oppo does recommend placing the subject within a clearance of 3mm from the lens for best results, but in all seriousness, that level of control requires a lot of effort.

This also limits your artistic photography options to subjects that are literally non-living or non-squeamish. For example, if your pet isn't the tolerant or cooperative sort, you're not likely to get a clear, magnified shot. This is in addition to the steep learning curve of the 3MP Microlens. We'd be lucky to get a shot like the two above within the first three tries, assuming that your subject doesn't move at all.

Interesting option aside, we found that the practical options to using 3MP Microlens very few and far between. Unless you're a germaphobe or have an obsession for very, very small things, the 3MP Microlens probably isn't going to be a feature you'll use beyond the first couple of months of owning the Find X3 Pro.

That said, kudos to Oppo for innovating and trying something different with rear cameras. Beyond sheer innovative muscle, it requires a lot more polish and thought to make a fourth camera that people want, so we can't fault them for the attempt.